Some Unusual Japanese Foods That Are Actually Good for You | Guidable

Japan has the lowest obesity in the world and I believe the secret for that is in the food. A traditional Japanese diet is well balanced; they eat more fish than red meat, also plenty of fermented foods and vegetables. The Japanese diet is low in calories but also extremely nutritious. Even though all of these foods below are often called “weird” by most internationals and expats in Japan, they are super healthy and worth a try. 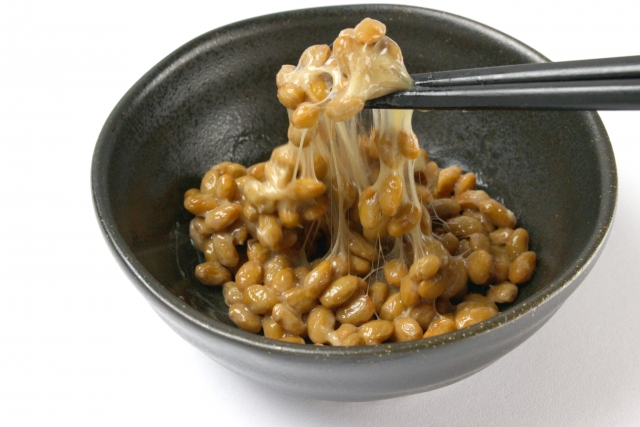 Natto has been known by Japanese as a healthy food for more than 1000 years. Natto is fermented steamed soybeans mixed with good bacteria. In Japan, natto is used as a breakfast menu to eat with rice and miso soup. Natto has very unique characteristics, strong aroma, salty savory taste, and a sticky texture. Natto is rich in nutrients and good for maintaining healthy skin and overcoming daily fatigue. It is also rich in protein because it comes from selected soybeans and good for digestion. Not only that, it also helps maintain skin moisture so you can look more youthful and healthy if you eat this every morning. 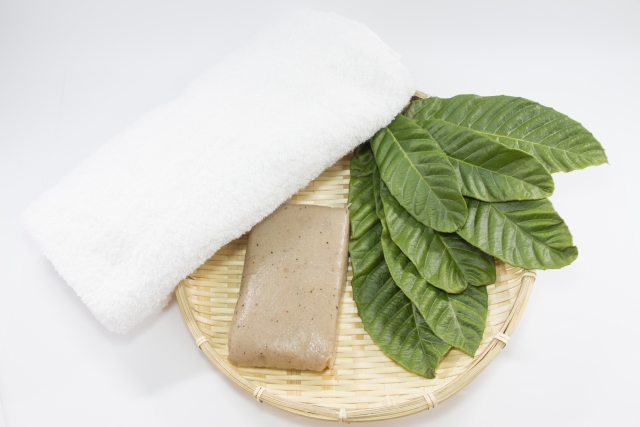 Konnyaku is known as a food ingredient in Japan since the 6th century as a nutritious food for health. In Japan, there are two types of konnyaku, white and gray. Originally, konnyaku was made from raw yams, so the color has natural brown or gray color due to the yam skin. Besides being consumed in cube form, konnyaku can also be made into noodles and small grains such as rice. Konnyaku is suitable for people who want to start their diet because it contains no calories, but it is very high in fiber. 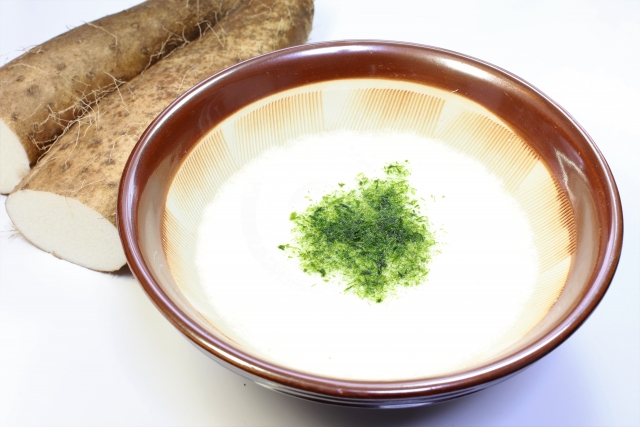 Tororo with rice is included as three most loved Japanese rice dish. It has sticky texture and is rich in enzymes which can help the absorption of proteins. This fiber-rich food can help to create beautiful skin and to prevent high blood pressure. Raw yam is used to make tororo which has lots of benefits and is rich in many healthy components. So why don’t you begin your day with this healthy “tororo-rice”? 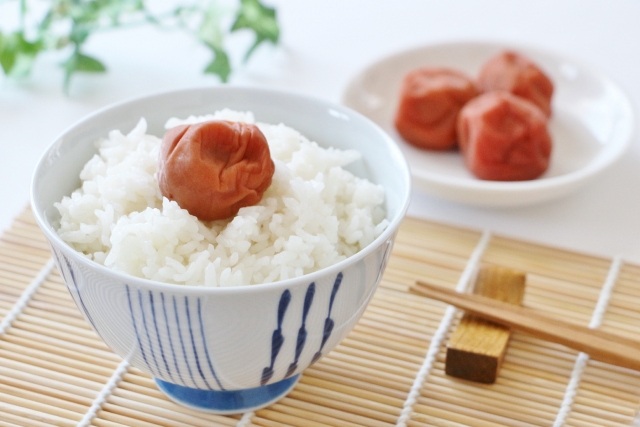 Japanese eating habits are one of the examples of healthy diet that you can apply to keep your body weight ideal. Umeboshi itself is made from marinated plums, with a strong sour and salty taste. It is often used as a filling for onigiri and rice, it also contains 3-6 kcal of calories per item and plus it is good for your health and beauty. Umeboshi can be eaten whole, made into a sauce mixture, or it can also be drunk with warm water. 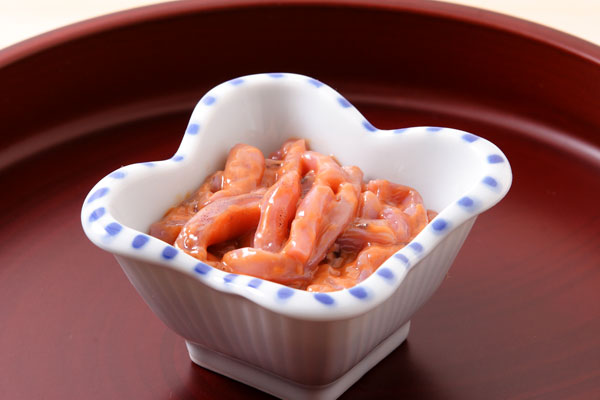 Shiokara is a Japanese dish made from marine animals such as squid fermented in their own viscera. This seafood snack called shiokara is best when you eat it with a glass of beer. For Japanese people, it is like a cherished snack, but for people who have never tried this, it will be a challenge to eat. However, it is really good for blood circulation promotion and anti-aging. 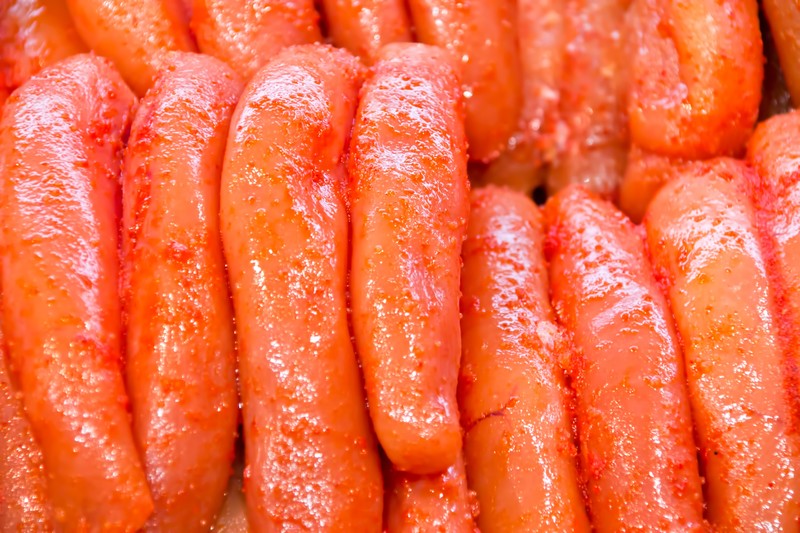 What is mentaiko? Mentaiko is similar with tarako which is a sack of salted cod, but it is slightly different because cod roe is soaked in different herbs and spices to create a different flavor. You will find that raw mentaiko is offered in a variety of colors, from pink to bright red, depending on the food producer. If you never tried this before, I recommend you to eat it different styles. Most Japanese people usually eat it raw, but you can also try it to make tempura. It is wrapped in shiso leaves and then dipped in tempura batter and fried.

Umi budo is green caviar that has been considered as a healthy secret of the Okinawan people. Okinawans are known to have the best health in Japan with the longest life-expectancy in the world. One of the secrets is eating umi budo, the shape similar to grapes in miniature form. Therefore, besides being referred to as green caviar, it is also called a ‘sea grape’. Japanese usually eat umi budo with sushi or a salad topping that uses seafood or fresh fish. 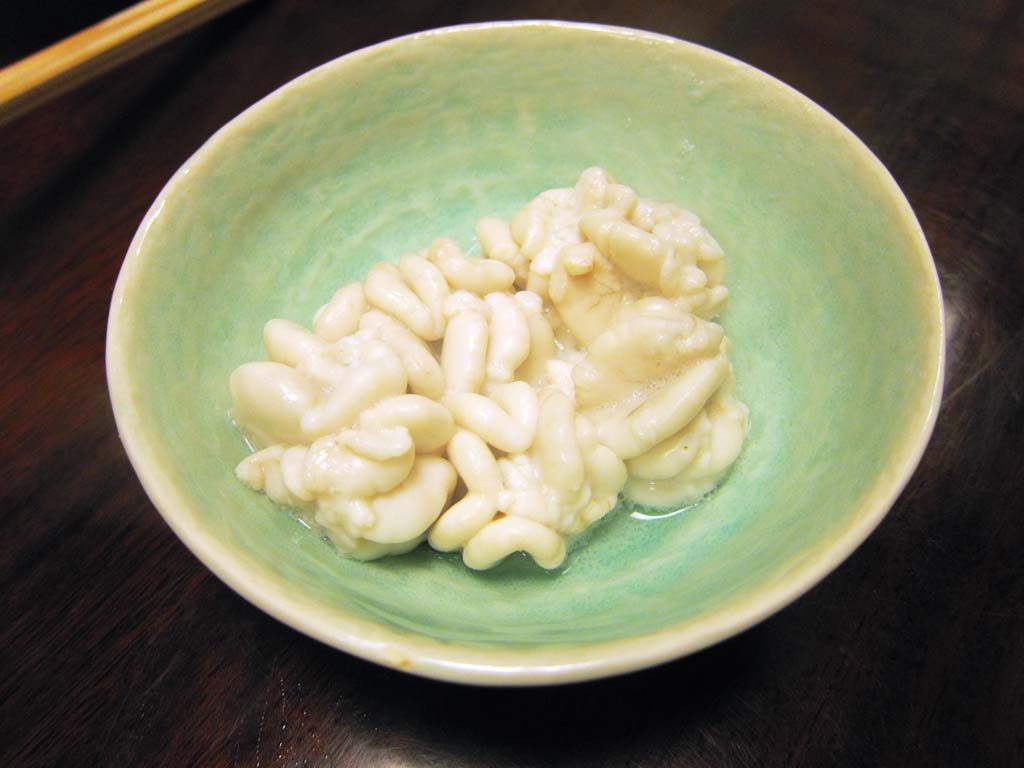 In essence, shirako is a sea fish sperm and the word shirako itself means “white children”. This food usually served raw as a sashimi or a sushi dish, it can be cooked depending on the restaurant. It is really soft and has runny texture, it often makes non-Japanese tourists shudder at the thought. However, it contains omegas which is really good for health.

Although some of these foods may look strange and smell bad but if it’s really good for your health, why don’t you try it and eat it as your healthy lifestyle?