The Japanese Fish Grill: The Secret to the Japanese Kitchen | Guidable

In a Japanese kitchen, often there is a built-in fish grill oven right under the gas cooker. Almost every kitchen has this, but what is this Japanese fish grill and what can it be used for?

An Introduction to the Japanese Fish Grill

The size of a Japanese fish grill is quite small. It is usually only a little bit bigger than a shoebox. If you look at the pictures below, you can see the drawer with the glass window in the middle part of the gas cooker. It has just enough space to fit a couple of small size fish.

People new to Japan often do not know how to use the grill at first. However, once you get acquainted with one, you can cook a wide variety of foods quickly and easily because the inside temperatures can go up to around 300°C (570°F) in a short amount of time. The high temperatures mean that outside of the food becomes crispy but the inside of food stays tender and juicy. You can also place an iron grill pan or a tray on the original grid to suit your food type. If you get used to your grill, it will be much easier and quicker to prepare food. 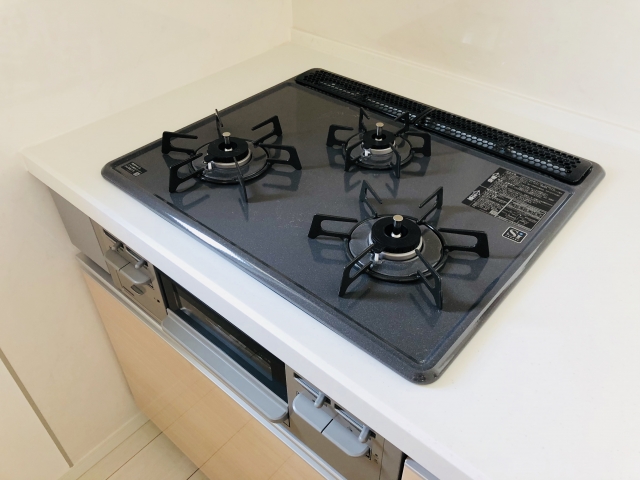 It is not so difficult to use one of these grills. Firstly, you just press down the knob for a few seconds to ignite the stove, starting a fire inside. When the stove has ignited, twist the knob to the right heat strength. Now you can start cooking!

It is called a ‘fish grill’ or ‘fish broiler’ between Japanese people. However, people cook a much wider variety of foods than just fish. You can cook so many things like toast, sausages, vegetables, pizza, french fries, chicken (grilling instead of frying as a healthier option), vegetables steamed in a foil packet, meats, cakes, bread, puddings, pies and leftover fried foods. You do not have to buy expensive pans and trays especially for this. You can use aluminum foil instead. 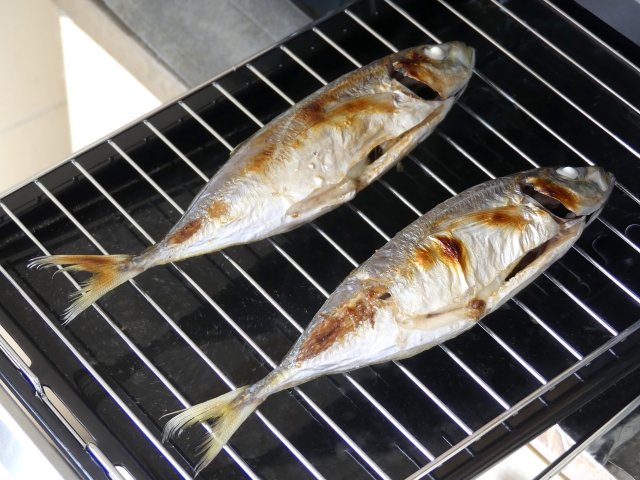 Tips On How to Cook

Japanese kitchens often have little space, so people use the broiler as a substitute for many other kitchen appliances like a toaster, an oven grill, a microwave oven, and a conventional oven. There are so many free recipes available online, or you can create your own recipes.

Three Different Styles of Grills: Which to Purchase

There are three different styles of fish broiler available to purchase in the market.

1. Products in the Bottom Range

Gas burners only on the top-side:

You need to fill some water in the tray under the grill before you use it.

2. Products in the Middle Range

Broilers with a gas burner only on the top side, but there’s no need to fill the tray with water before you use it:

3. Products in the Top Range

Broilers with gas burners on both the top and the bottom, with no need to fill the tray with water before using it:

You might want to consider which to buy depending on what you use it for and how often you will use it. 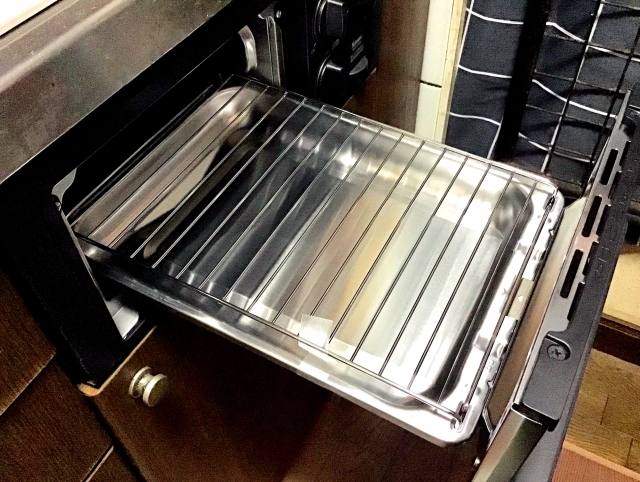 To start using your Japanese fish grill, you’ll need to be connected to a gas source. There are two different gas providers in Japan. One is LP Gas (LPG) and the other one is Toshi Gas (LNG). The gas connector nozzle of your grill is different depending on which gas supplier you have, so make sure you buy a gas cooker that has a connector suitable for your gas company.

Even if you do not have an oven or a microwave, you can still cook most recipes with this broiler. That means you will enjoy cooking without the frustration of not having a conventional oven at home. Try using one in your kitchen for perfectly cooked fish, pizza, or whatever else you may crave!

What else can you find in Japanese homes? Read this article next for some more unique and functional features:

This article was originally published on February 21, 2017 and updated and republished on June 7, 2021.