Trash in Japan isn't such a headache | Guidable

Trash in Japan Isn’t Such a Headache

Trash in Japan isn’t such a headache. It takes some time to get used to, but

Living in a country other than where you come from is always a very exciting, yet challenging experience. For an exchange student like myself, Japan is a place full of opportunities, but is also loaded with rules. Of course, rules and regulations are of utmost importance to maintain a country’s safety and development. However, it was very discouraging for me when I first encountered the trash dumping rules in Japan. Things even got worse when I had to move out of the dorm and started to live in an apartment on my own. I recall on the first orientation day in university, the school staff made a 10-minute presentation just to instruct the freshmen how to dispose of their garbage in Japan. Believe me, those 10 minutes were not enough. You think you’ve throroughly grasped it until you have to face it in reality. Some stuff just doesn’t seem to fall into any categories. It takes time and effort to do the garbage correctly, but in the end it’s all worth it. 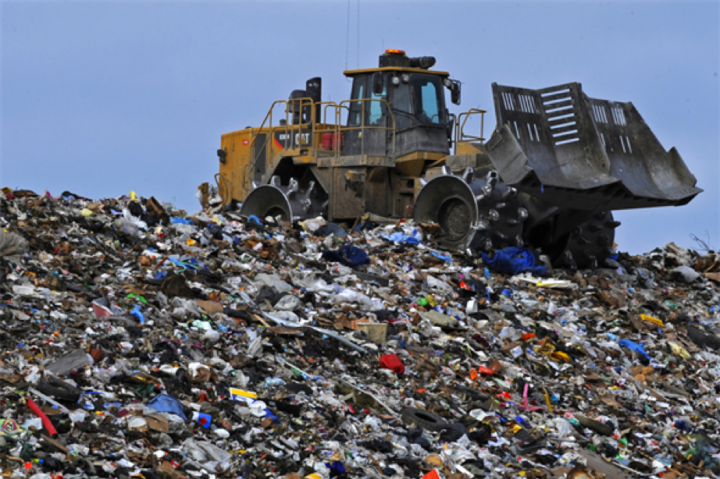 The government vs. the trash

Japan is one of the cleanest countries I have ever been to, and I think it is probably the same for most of us, too. Surprisingly, there is hardly any trash bins on the streets, but the city is litter-free. The inside of the bullet train is absolutely spotless despite the number of passengers. Japanese people have the awareness to take their garbage home even when they attend sporting events or the like. And if there is a public trash can, it will always ask you to separate your refuse into burnable and unburnable bins at the very least. Japanese are one of the nationalities that really care and are strict on their garbage disposal.

That being said, they are still not safe from the world’s problem, namely “limited landfill space.”  Although the amount of overall waste and waste per person in Japan began to go down after the recycling laws were enforced in the 1990s, more needs to be done. If the amount of garbage generated is not reduced, all the landfills will run out of space in around 20 years.  Not only is the landfill threatened by the amount of refuse from humanity, Japanese beaches and other sights are also in the same position. This may be the dark side of the truth that not everyone knows of. There are beaches that are filthy in Japan and those who live nearby knew about the trash constantly dumped on Mt. Fuji. As a matter of fact, because of Mt. Fuji’s garbage dispute, the sacred mountain did not qualify for status as a natural World Heritage Site when it was first nominated. Only now that it has gained the status has the garbage predicament been tackled.

Now we have seen the real disastrous power of the amount of trash we produce every day. Of course, it would be best if we could control what we throw out, but you can also learn to separate them in order to make the recycling and disposal process more efficient.

As every Japanese person goes to great lengths to do it, it is understandable that they would also expect us, the “gaijin (foreigners),” to do it as well. Therefore, doing the rubbish disposal correctly is a great start for good neighbourhood relationships. 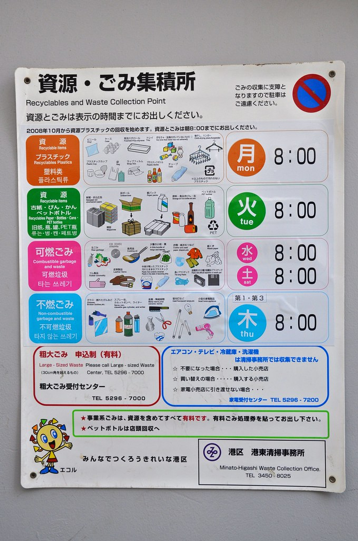 How to dispose of your trash

First things first, you need to acquire some basic ideas and guides for sorting trash. It is especially helpful if you can get a hold of your town’s “gomi” guide. Japan’s rubbish sorting system is carried out at the municipal level. That means each city, town, and district has a completely different system. Even Tokyo’s twenty-three wards have different systems. Therefore, although you know one system, it doesn’t guarantee that you would do it properly in another area. You want to do it accordingly to your town’s rules to avoid any trouble to others.

Gomi ごみ (sometimes written ゴミ) is the Japanese word for garbage. There are 7 types you should sort them into, which are combustible (or burnable), non-combustible, bottles/cans,  paper, oversized trash, and clothes. We will go through each of them one by one.

Knowing how to separate the trash is not the entirety of the problem. You need to know where and when you can take them out according to the rules of your municipality. As I said earlier, it is better if you know the specific schedule and system of your living area. Usually, they will collect moeru gomi twice a week and moenai gomi once a week. The schedule would probably be twice a month for PET bottles and paper trash, and the others are once a month. However, again, this can all differ based on your municipality. If you miss those days, don’t take them out or you will annoy your neighbors. I have even heard of cases where the neighborhoods are under surveillance because someone didn’t obey the rules. That’s how seriously Japanese take trash disposal.

One more thing to remember is that you have to take the trash out, not only on the right day, but also at the right time, which is often in the morning before 10 am. They may collect the trash at different times of the day depending on the kind of trash. However, I cannot memorize all of them myself, so the best solution is to take out the garbage early in the morning. It’s not a big deal for me as I have to go to school at 9 in the morning anyways, but it may be a inconvenience for people with special working hours. That being said, don’t throw your trash out the night before, because although it makes no difference, obeying the rules is the only thing you can do.

I hope that after reading until this point, you don’t assume that we put our trash in front of our house every morning. Yes, we have a place for everyone to take their trash to make sure everyone knows where to put the trash. If the place becomes extremely dirty, someone needs to clean it up, which is obviously a burden for anyone. Therefore, for the sake of the community, tie your rubbish bag carefully, too. When I first moved in the apartment, the real estate agent was the one to hand me all the guidelines. You can also find them at your local municipal office. I also noticed that they would check on me once in a while. Although it may be hard to let it sink in, foreigners have to face those little “warnings” from the Japanese. It will be better when you are used to it. Don’t be afraid to ask for help, in the end no one will complain if you follow the rules and try your best for the community.

To wrap up, like other parts of the world, Japan is facing problems with their trash, too. We are all trying to minimize the amount of garbage and manage it properly. Don’t forget to separate your trash and bring it out at the right place and time!

And there you go, trash should not be a headache and a barrier between foreigners and the Japanese community, right?

Have you had any struggles with the trash system in Japan? Let us know! 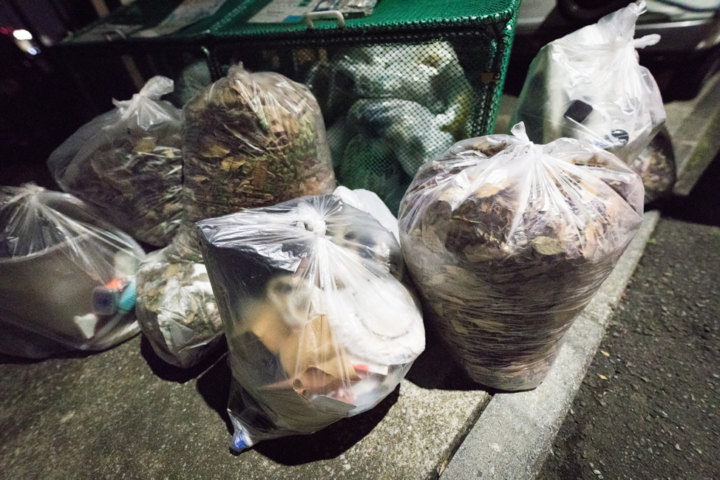