What to Do When a Major Typhoon Hits | Guidable

What to Do When a Major Typhoon Hits

Sometimes it seems like Japan is especially unlucky when it comes to natural disasters. Aside from earthquakes, Japan is also prone to typhoons which tend to be quite common in late summer and early autumn. If you live on Japan’s main island of Honshu or on Hokkaido, it’s thankfully quite rare for a major typhoon to hit, though not impossible as evidenced by typhoon Jebi, which caused major damage in Osaka and the Kansai region in 2018. If you live in the more southern parts of Japan though, such as Kyushu, Shikoku or Okinawa, the chances of a major typhoon hitting are unfortunately much higher.

What to Do to Keep Safe in a Major Typhoon

If you do happen to be living directly in the path of an oncoming typhoon, the best thing you can do is to be prepared. In most cases, you can expect a lot of heavy rain and some very strong, noisy winds. Sometimes there can be power outages and disruptions to the water supply. As long as you’re well prepared though, you can deal with any of these situations. Let’s take a look at some things you should do if a typhoon is coming straight for you.

1. Stock up on Essentials

When a typhoon is coming, you’re usually at least given ample warning. The news will cover the typhoon’s path and up-to-date information can be found on the Japan Meteorological Agency website. The NHK will also show emergency warnings relevant to your area during its usual broadcasts. Once you know a serious typhoon is coming, you should stock up on anything you might need and you should do it as early as possible, as sometimes essential items can sell out.

The most important things you should have on hand are drinking water and emergency food that won’t require cooking in the event that the power goes out. Batteries for flashlights are also a good item, as well as toilet paper, tissues and any necessary medicines.

2. Make Sure You Have an Emergency Kit 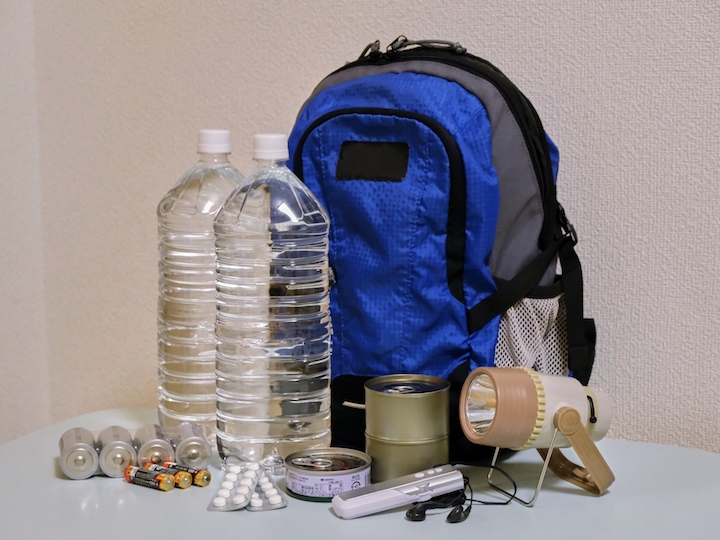 This is something you should already have in the case of an earthquake or other major disaster, but if not, you should organise one. This should be an easy to carry backpack filled with emergency supplies in the event that you have to evacuate your house. What should you have in it? Emergency food and water, a flashlight, rain gear and anything that you might need in the event of an evacuation. Suggestions for what to include in an emergency kit can be found here.

3. Bring In Things From Outside

If you have furniture or plants outside your home in your yard or on your balcony, it’s important to bring them inside before the typhoon hits. Leaving them outside will lead to them being damaged or destroyed and more importantly, a typhoon can quickly turn them into dangerous missiles that can cause damage to property or human life. 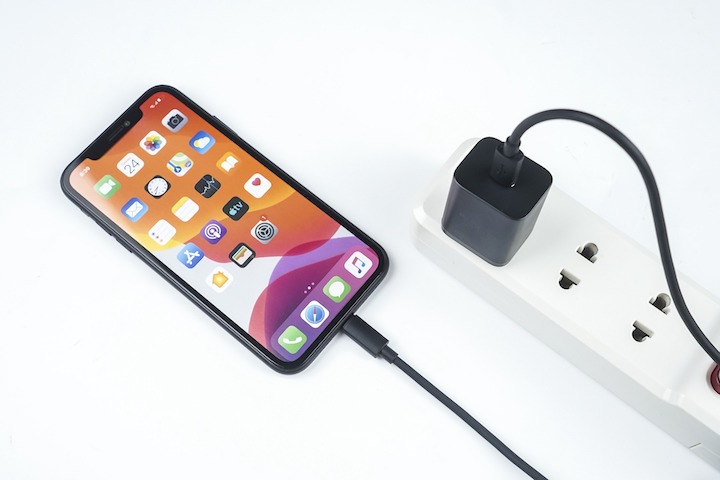 As soon as you know a typhoon is coming, it’s important to charge all of your electronic devices, especially mobile phones. If the power goes out, you won’t be able to charge these again until it comes back on and a phone can be especially important if you need to contact someone, call for help or keep updated on what’s happening. Warnings are also regularly distributed through the phone network so it’s doubly important to have your phone fully charged and ready.

5. Fill Up the Bathtub 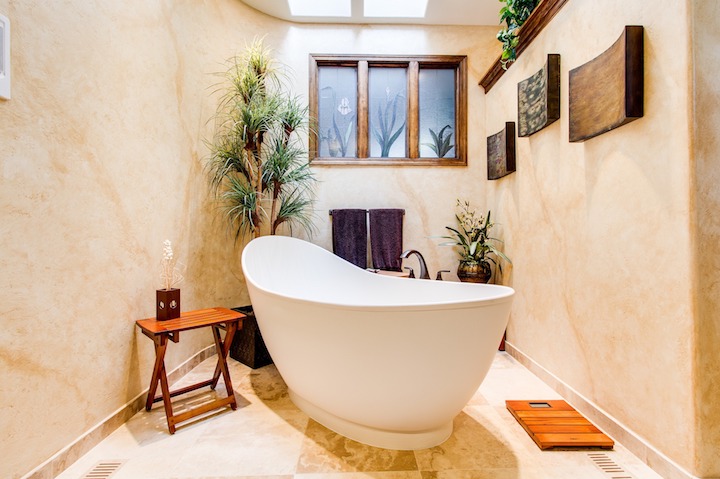 This is something many people do when a major typhoon is coming and it’s not so you can take a bath while the storm is raging. If a major typhoon sweeps through a city, there’s a chance that the water supply could be disrupted meaning you’ll be unable to wash or even flush the toilet. Having a supply of water in your bathtub allows you to do these things in the event that you’re suddenly without water. You can use the water for a multitude of non-drinking purposes. 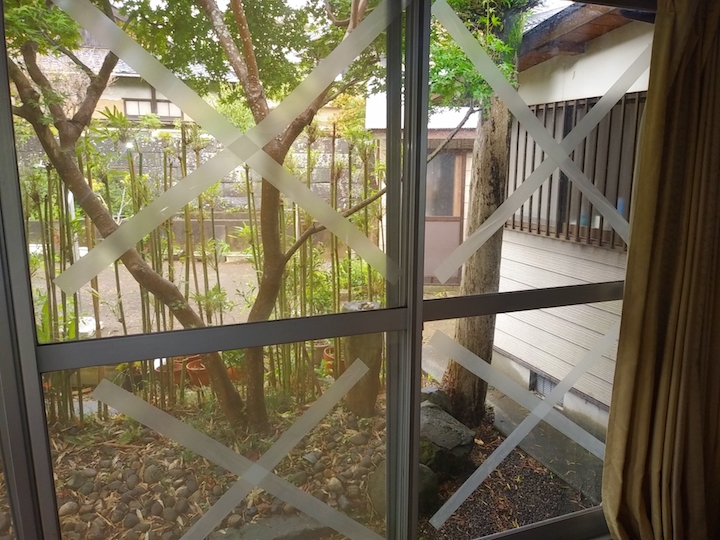 This is something that is very common during typhoon season in typhoon prone areas of Japan, though its effectiveness is debated. People often tape their windows in a criss-cross shape. This strengthens the windows and makes them more difficult to break under the pressure of the wind. In the event that the windows do break, having them taped reduces the risk of them breaking into smaller pieces that can fly around in the wind and cause severe injuries.

This is still the standard advice in Japan for typhoons, although there has been some debate in recent years on how effective this is as in the event of breakage, taped windows can possibly produce bigger and more dangerous shards of glass. Taping the windows during storms is actually discouraged in some countries, so this is one that you should choose to do at your own discretion.

Whether you choose to tape your windows or not, it’s also a good idea to keep your curtains and blinds closed as they can help protect from glass if a window does break.

Thankfully there are plenty of resources for this step. Keep track of weather broadcasts and news websites for any warnings and for tracking the typhoon’s path. The Japan Meteorological agency website is a great resource and most of the information on it is available in English.

There is a system of warning systems in Japan in the event of heavy rain and typhoons and these will be available for your area. Level 1 is the lowest level and means you should make preparations just in case. Level 4 is the highest warning and if it’s in effect in your area, you’re advised to evacuate. An example of the emergency warning levels can be found here.

8. Stay Inside During a Major Typhoon

Unless there is an order to evacuate, you should stay inside while a typhoon is occurring. Being outside can be extremely dangerous with heavy rain, strong winds and a high chance of being hit by flying debris. 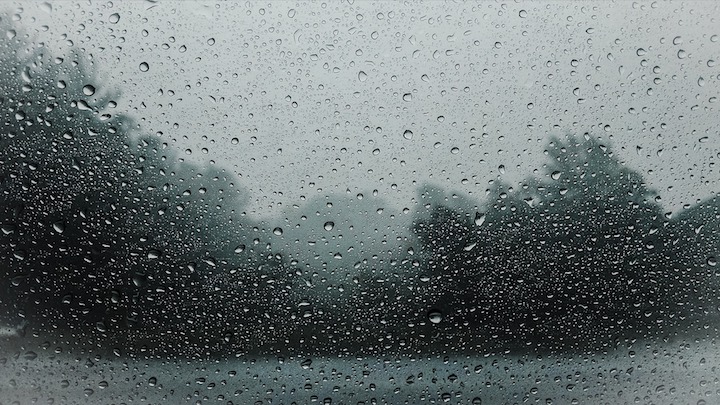 So there we have some preparation tips for what to do if you suddenly find yourself in the path of a massive typhoon. Try not to worry as these kind of events do happen and as long as you’re well prepared, you can get through the situation smoothly and comfortably.