First of all, some definitions

First of all, the definition of “big city” in Japan may be different from other countries’ definitions. I spent my first year in Japan in a city called Kanazawa (more below), which by Japanese standards, is the countryside, but this is a city of almost half a million people, which by American standards (from whence I come), this is a good-sized city, and a city like Tokyo, with a population (depending on how you define it), is the most populated city in the world, so by “big city” I’m referring to is Tokyo and its immediate environs (Tokyo-Kawasakai-Yokohama-southern Saitama, western Chiba) and the greater Osaka-Kyoto area (Osaka-Kyoto-Nara) (and perhaps Nagoya, though I’ve never been there myself, but I’m just looking at population numbers). When I say “countryside, I’m excluding the abovementioned areas as well as other urban areas, such as Fukuoka, Sapporo, Sendai, etc.

Life in the Big City 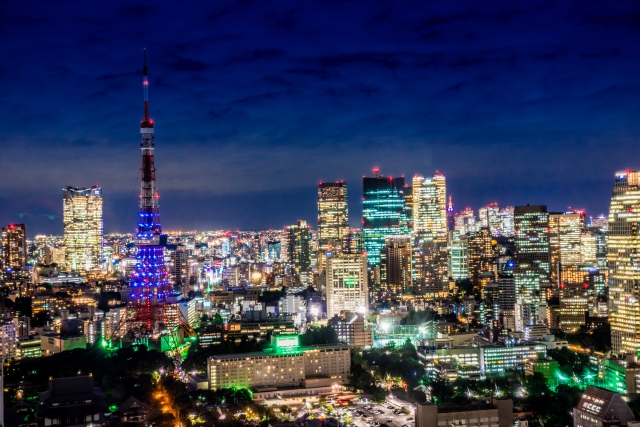 One of the characteristics of life in the big city is how convenient it is. Especially in Tokyo, the public transportation is so well developed that, not only do you not need a car, having a car is a disadvantage because of a lack of parking and the high costs of maintaining a car. Convenience stores are ubiquitous, usually within walking distance of wherever you are, and the abundance and variety of restaurants, shops, and entertainment venues are amazing. 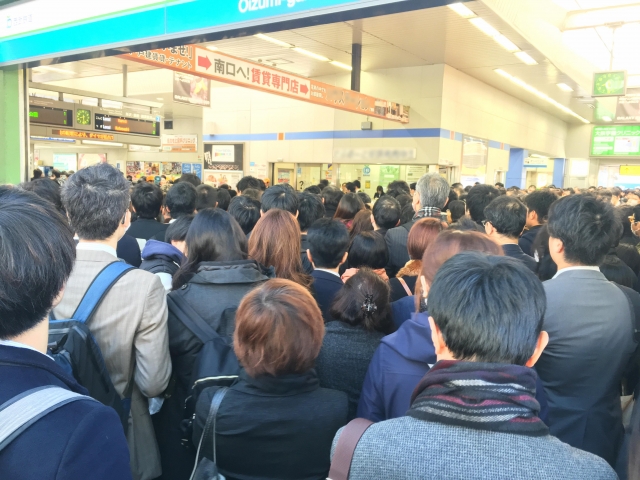 The big city in Japan is crowded. VERY CROWDED. Google “crowded Tokyo train” or something like that and you’ll get the idea. As a consequence, housing is small (Setagaya Ward in Tokyo, which is the most populated ward in Tokyo, for example, has a population of almost one million people) and expensive. Also, although this is strictly an anecdotal example, I had a cold for the entire first year I lived in Tokyo because my immune system was not used to being around so many people. Living in such a crowded environment takes (or at least took me) some time. It really is a huge transition. 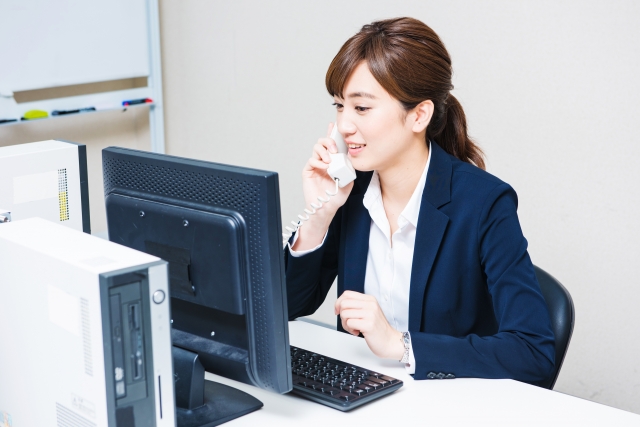 The big cities are where the jobs are. This is probably the same in most countries, but in Japan especially, job opportunities are limited in the countryside, and the higher the population, the more job opportunities you will have.

If you are an English-speaking foreigner, and you want to learn Japanese (a big goal for many foreigners who come to Japan), you may actually find it difficult to do so in the big city. In the big cities, and especially in Tokyo and its environs, the level of Japanese people’s English is much higher than in the countryside, and you may find yourself relying a lot on the English abilities of Japanese people around you instead of learning it yourself.

Life in the Countryside

The Good (1) – Hayfever and Weather 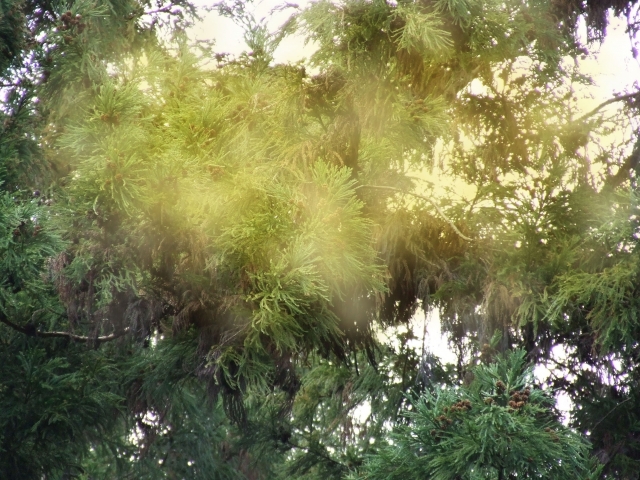 I don’t know what it is, but I (and many Japanese people I know), never developed hay fever (kafunshou) until moving to the big city. I never had hay fever until living in the big city and the theory (as it has been explained to me), is that in the big city, which is a concrete jungle, the pollen has nowhere to settle, and so it just floats around everywhere and gets into your body until you develop the allergy. Hay fever is an absolute nightmare, and (depending on the person) can last for months (for me, late January to early May). In the countryside, however, because of all the greenery and nature, the pollen does not just hang around in the air, and (don’t hold me to this-purely anecdotal) it seems like those who live in the countryside do not encounter hay fever allergies as much. Also, the summers feel hotter in the city (once again, concrete jungle) than they do in the countryside (this is my impression).

The Bad (1) – Conservative and Inconvenient

Okay, fair enough, the second part of this contradicts what I wrote above, but it is not just a matter of inconvenience. Rural Japan (and rural anywhere, honestly) is more conservative. I remember 12 years ago, I needed a hanko (formal stamp with your name written in Chinese characters) to open a bank account, join a gym, and even to sign out for my lunch break from school, whereas in Tokyo, the only time I’ve ever been required to break out the hanko was when opening a bank account, and that was 11 years ago; Mizuho bank in Tokyo no longer requires this. People in the countryside, obviously, are not as familiar with foreigners as Japanese people in the big city are, and as such, it can be more difficult to make friends, find girls, join a group, etc. And yes, here comes the contradiction- life in the countryside is honestly inconvenient. In the real inaka (countryside), you will need a car, and with a car comes the shaken system (a government-mandated car inspection/maintenance system) and all the other headaches that come with a kuruma shakai (like America, a society where you NEED a car to live) (also, I would be remiss not to warn you at this point- in Japan, the DUI laws are VERY strict; it is essentially a zero tolerance policy, and was once explained to me as “ippai taritomo dame da!” (even one drink is no good!). The shops (and they are limited) close early, there are no private gyms, the stations are far and few between, as are the convenience stores (though on the flip side, the housing is much more accommodating and reasonable in price, but of course, this can be said of the rural/divide in any country). 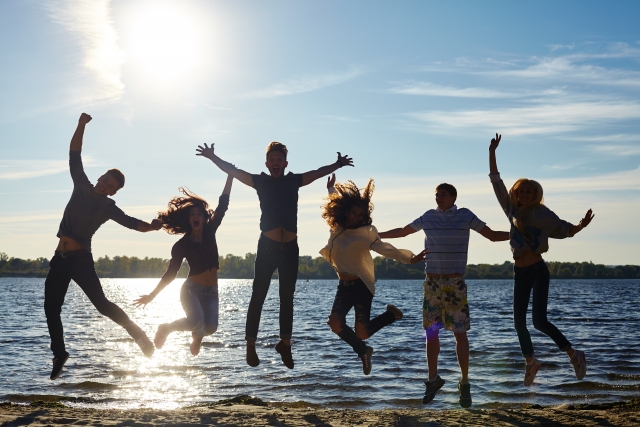 Having said all of that about how conservative and reserved the Japanese people in the inaka can be, once you are established and make some friends, there is nothing like the isolation and anonymity you experience in the big city. Here in Tokyo, I’ve never spoken to my next door neighbor, nor do I know his name. When I lived in the countryside, my landlord lived across the street, and she used to bring me vegetables from her kateisaien (home garden) several times a month. I knew EVERYONE in my neighborhood, I was invited to attend local festivals and events, my friend once lost her phone, and some absolute stranger, after asking around, ascertained that she was the only foreigner living in the area (the defaults on the phone were in English, so he correctly inferred this belonged to a foreigner), and personally delivered it to her door (the neighborhood people of course knowing where the only round-eye in the neighborhood lived). In short, there is a closeness, a sense of community, a sense of belonging that is hard to obtain in the big city (provided you are a normal person and can generally make friends with normal people). And with this, there are concomitant chances to actually use the Japanese language and become proficient with it.

This is not the polar opposite of the language aspect mentioned above concerning life in the big city. Yes, you will have many more opportunities to learn the Japanese language in the countryside. The downside, however, is that you will likely learn a dialect (ben) of the Japanese language, and most of the people you will be talking to will be much older than you are (the aging population in Japan is a huge problem, and this is particularly so in the countryside). I spent my first year in Japan in Kanazawa, Ishikawa Prefecture, where many of my friends were my parents’ age. As a consequence, when I first came to Tokyo, people literally turned their heads when hearing my Japanese, as I spoke it like a sixty year old who has never left Ishikawa prefecture. In a sense, I had to recalibrate my ears to hyoujungo (standard Japanese especially as spoken in Tokyo).

This list could continue forever. Let me stop here. Many of the good and bad points I have raised also apply to other countries. Suffice it to say, there are positives and negatives that come with life in the big city and life in the inaka. I’ve lived in both, and I honestly enjoyed both. I think it really depends on the person, and as the famous Japanese kotowaza (proverb) says: “sumeba, miyako” (home is where the heart is (or home is where you make it)).