There are many kinds of autumn foods in Japan, but one of the most popular during the autumn season is sanma. This fish is known as mackerel pike or pacific saury in English and is eaten primarily as an autumn food. Sanma is so popular as an autumn food that there is even a huge festival held for it every year in Meguro ward in Tokyo. In this article, we take a look at sanma and why it’s such a popular food in autumn.

Why Is Sanma An Autumn Food? 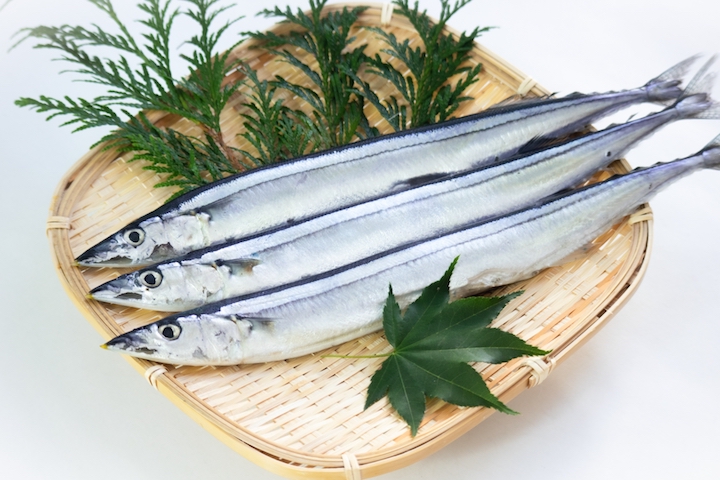 Sanma is so synonymous with autumn that the kanji for its name translates literally to autumn sword fish. It’s a fairly small fish, measuring about 30 centimetres long and a bright silver colour. Though the fishing season for Sanma starts in July, they are mostly caught in autumn due to it being spawning season and large numbers of them travel south along the east coast of Japan to lay their eggs. The later that sanma are caught in autumn, the more fat and flavor each fish will have. Their seasonality makes them a favorite fish to eat during the fall season and something people look forward to as the days get shorter and the nights become cool. Sanma was traditionally a fish eaten by the common people as opposed to the wealthier classes in Japan but gradually came to become popular throughout all levels of society.

What Are The Best Ways To Eat Sanma? 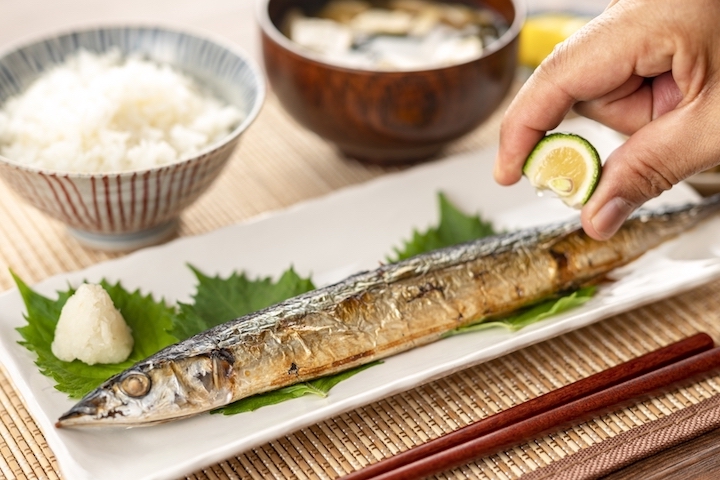 The most traditional way to eat sanma is grilled and seasoned with salt. This is probably the most common way that you will see it served, usually along with garnishes such as lemon, lime or yuzu and grated daikon. Alongside a bowl of rice, miso soup and some pickles, this style of eating sanma is a very traditional Japanese meal to eat in autumn and definitely comfort food for many Japanese people. Sometimes it is also marinated with soy sauce and miso or as part of a donburi bowl with rice. Eating sanma as sashimi is common in some areas of Japan but rare in others. It can also be bought canned when it’s not in season. 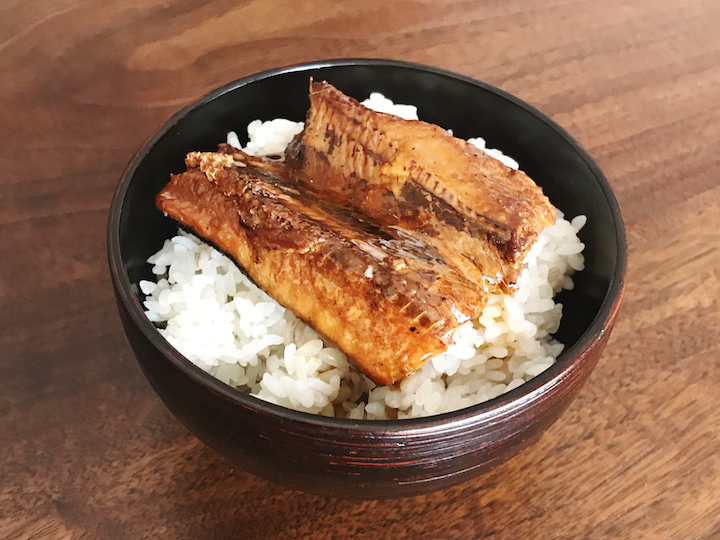 One thing to note about sanma is that it contains a lot of bones so if you’re fussy about this, it can be a little difficult to eat. The key is to eat carefully, removing the bones with your chopsticks as you proceed and once it becomes easy to do so, to remove the backbone. One of the great things about sanma is that it has many health benefits. As an oily fish, it is rich in protein and omega-3 oil that help reduce blood pressure and promote a healthy heart and brain. 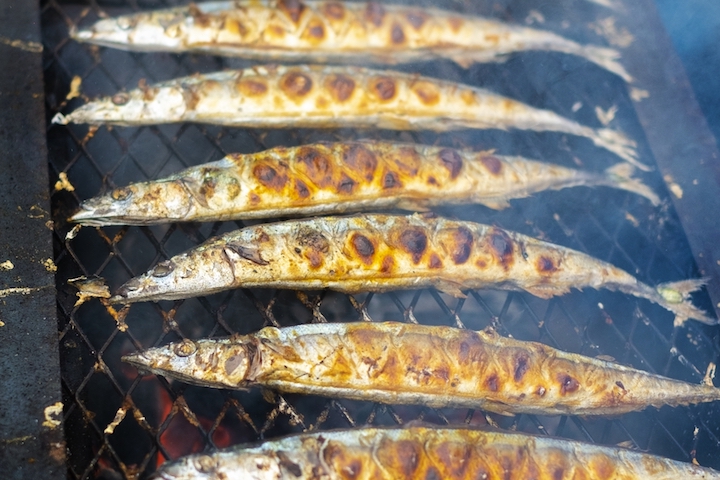 Sanma is so popular in autumn that every year a festival is held near Meguro station in Shinagawa ward in Tokyo that attracts thousands of people. Held at the beginning of the sanma season in early September, just as the weather is starting to turn cool, upwards of 7000 grilled sanma are given away for free to people who attend the festival. Long rows of grills are set up and the sanma are cooked and served to people who sometimes queue for up to 3 or 4 hours. The sanma served at the festival primarily comes from Iwate prefecture.

The festival started in 1996 but actually relates to an old rakugo story where a wealthy lord travelled to Meguro. In the story, the lord had forgotten his lunch but smelled something delicious which turned out to be the local commoners grilling sanma. After eating it the lord wanted to eat it all the time but after his personal cooks failed to prepare the dish correctly, the lord came to believe that the best sanma only came from Meguro.

In recent years, similar sanma festivals have sprung up around Tokyo and though not as famous as the one held at Meguro station, they still draw big crowds. The most notable of these are the Sun Festival held in nearby Meguro ward and the sanma festival held in Ebisu in Shibuya which started in 2007. Unfortunately, due to coronavirus, most of these festivals, including the Meguro sanma matsuri have been cancelled for the last few years. Hopefully the future will see them making a comeback. 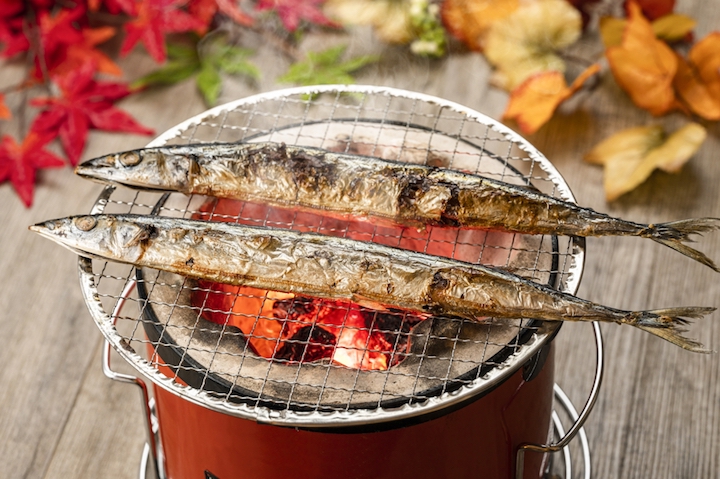 In this article, we learned all about sanma, otherwise known as pacific saury. This popular fish signals the beginning of autumn and is a quintessential Japanese dish in the fall. For a true Japanese autumn experience, why not welcome the cooler weather with a dinner of grilled sanma, rice and miso soup.

Chestnuts? Kuri? Marron? How to Enjoy Chestnuts in Japan!