Do you know what satsumaimo is? Satsumaimo is the purple skin Japanese sweet potato that is eaten in a variety of different ways. It’s baked in savoury meals, but also easily adapted to desserts and sweet recipes, and it is a must-try when in Japan.

The distinctive sweet and nutty flavour of the Japanese sweet potato has been adapted to a variety of sweets, desserts and snacks (the so-called “okashi” in Japanese) that can be found in supermarkets, convenience stores and department stores, which start to boom, especially during fall.

Let’s take a look at some Japanese sweet potato flavour treats you can purchase in Japan right now.

The brand “Parm” released its first sweet-flavoured ice bar at the end of August. The ice cream is made with sweet potatoes from Tanegashima, in Kagoshima prefecture, and covered with a crunchy layer of white chocolate.

Otsuka Soyjoy bars, made with soybean flour, fruit, and nuts only, have been seen around supermarkets and convenience stores since 2006, beloved by the exhausted vegan community looking for vegan-friendly options in Japan. The latest addition to their flavours is the sweet potato bar enriched with papaya, raisins and orange to reach the perfect balance between texture, sweetness, and sourness.

Ministop could probably be the most underestimated and least popular convenience store chain around the country, but on the other hand, the underdog of “combini” wins the ice cream match by far: Mini stop ice cream has become so appreciated a small number of “premium soft cream shops”, called Mini Sof; around the city have been launched, that specialises in high-quality soft serve in different seasonal flavours and toppings.

The seasonal yakiimo soft cream available every year in autumn always shines under the spotlight. If you do not have a Mini Sof near you, you can still stop by one of the regular convenience stores and pick up the autumn seasonal “Taiwan Mitsu Imo Soft Serve” that combines the flagship product, vanilla ice cream, with a soft Taiwanese “honey sweet potato.” 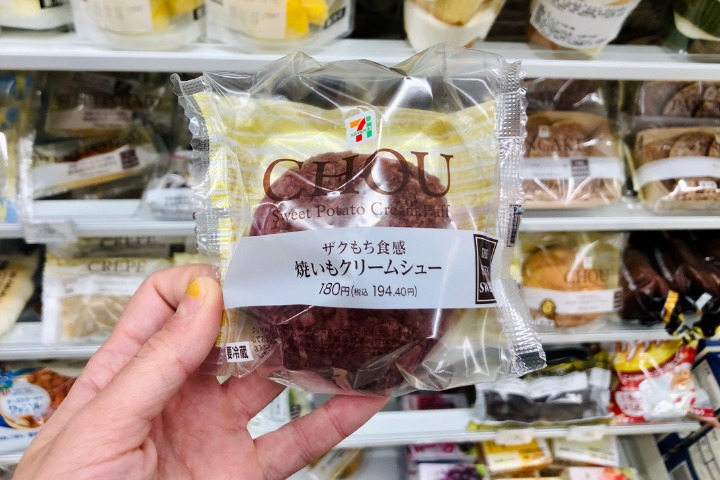 Japanese “shu cream” is a Japanese pastry inspired by French beignet, usually filled with whipped or custard cream. The Japanese sweet potato version makes use of a sweet potato-flavoured custard making the best use of the natural sweetness of the sweet potato combined with a soft and fluffy puff dough. Grab it at Seven-Eleven in the dessert aisle. 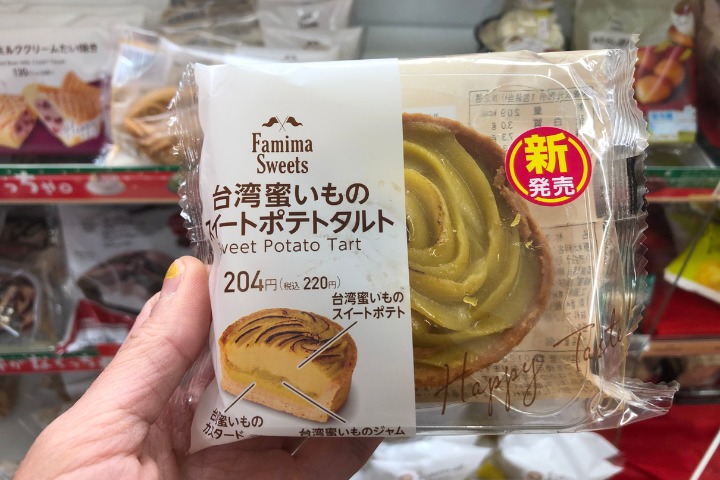 Taiyaki is a Japanese sweet cake shaped like a fish (tai) which is usually filled with custard or red bean paste. Sweet potato filling is becoming more and more popular, and many taiyaki stands now offer this blissful imo filling, so keep an eye open next time you bump into one. 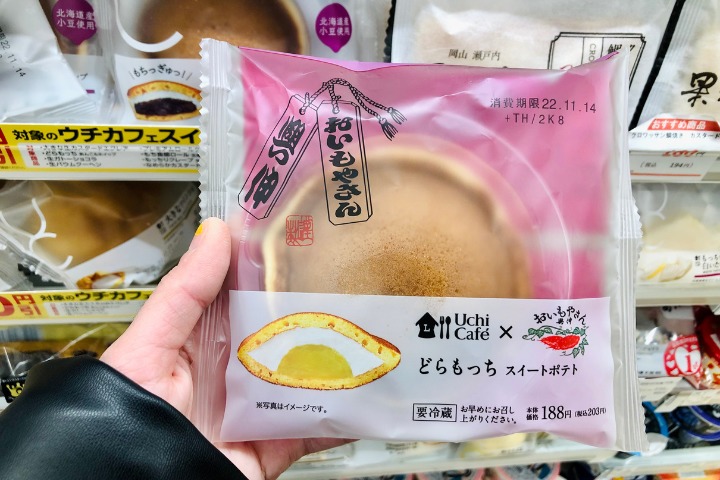 Could the sweet potato fever be over without a sweet potato-filled dorayaki? This seasonal item that comes up regularly in convenience stores is just the perfect combination of fluffy and moist Japanese pancakes and the not-overly-sweet and starchy texture of the sweet potato. Try the “Doramocchi Sweet Potato” dorayaki item from Lawson, and enjoy the different textures and levels of sweetness between the pancake layer, whipped and sweet potato cream and the chewy mochi, in a dessert that represents the perfect combination of Japanese and Western desserts.

Why Not Try a Japanese Sweet Potato Treat this Fall?