Due to its geography, Japan hosts a wide range of climates from cool temperatures in the North to a subtropical climate in the south. One thing that all areas have in common though is their relatively high humidity, particularly in summer where even typically cold Hokkaido experiences a fairly high level of heat and humidity. The climate in Japan can come as a shock to visitors from countries with lower humidity levels, making summer especially difficult to adjust to.

Japan’s humidity mostly comes from it’s position on the globe. Even though Japan has a variety of climates from North to South, all of them fall within humid climactic zones. As an island, Japan is also exposed it to the North Pacific High, an area of high pressure in the Pacific ocean that extends over Japan during summer. This brings a lot of rain and hot air over the country during the warmer months which can make the humidity unbearable.

Living in Japan means learning to cope with the humidity and even visiting during summer can be tough to deal with, but thankfully you can still make the most of your travel plans as long as you’re well prepared. 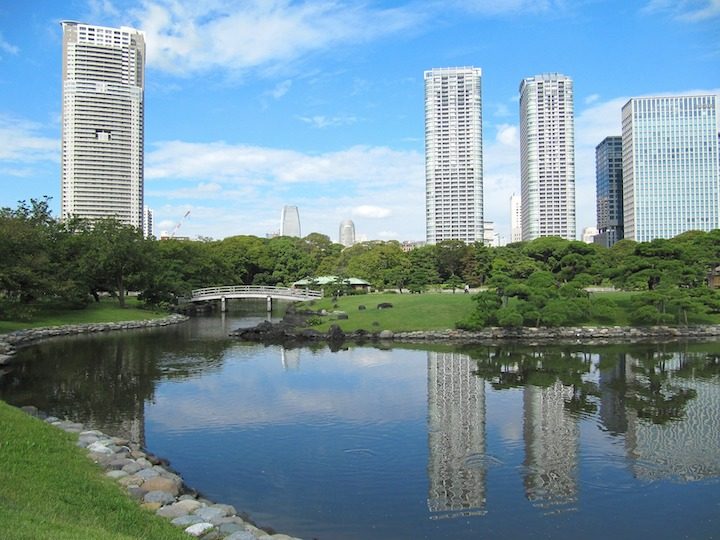 What ways does humidity affect you?

Humidity is essentially the amount of water vapor in the air and tends to increase with higher temperatures. A high humidity can make the air temperature feel much higher than it actually is and make the air seem heavy and difficult to breathe. High humidity hinders the body’s ability to cool itself effectively so it can cause some people to feel easily fatigued and can also lead to heatstroke. You can also expect a bit of discomfort as sweat evaporates a lot slower in a humid climate which leads to that unpleasant sticky feeling if you’re spending a lot of time outdoors without air-conditioning. The humidity and heat in Japan can be a big issue every summer, with a sudden spike in people being sent to hospital with heat related issues and even fatalities. Because of this, it’s especially important to be aware of the dangers of extreme humidity and of your own body’s reaction to it.

The biggest danger of extreme heat and humidity is heat stroke, which is a failure of the body’s ability to regulate temperature. Symptoms of heatstroke include headaches, dizziness and nausea as well as difficulty breathing. In severe cases it can lead to unconsciousness. The most difficult thing about keeping on top of heat stroke is that it can sneak up and quite often the first sign of it is that someone faints.  Even though it can be a problem in summer, as long as you’re careful and ensure you stay hydrated and cool, you can keep yourself safe from heat stroke fairly easily.

Aside from the personal discomfort, humidity can effect you in more indirect ways, specifically in regards to your living environment. Humidity can increase the growth of mould inside your home which can cause damage to property and lead to health problems. Mould thrives in the damp conditions created by humidity so its good to try and minimize the amount of humidity inside your home during summer to prevent it building up in places like your closet and under your bed. Enough mould can cause damage to your personal property, your home and also cause and aggravate existing health issues such as allergies, asthma and skin conditions. 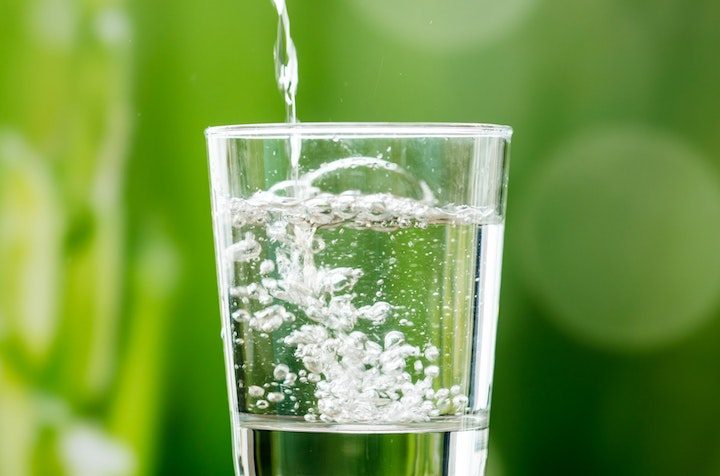 When is it most humid?

Japan’s general humidity is quite high compared to some countries however for most of the year, its not really noticeable due to fairly comfortable temperatures. Summer is where humidity really starts to kick in. Throughout June, most of Japan is hit with rainy season which generally means a few weeks of very wet weather. Once rainy season finishes, summer kicks into high gear and most of June, July and August are uncomfortably hot and sweaty. The temperatures usually hover between 30 and 35 degrees celsius throughout most of the country. This may sound bearable, however humidity levels of around 80% make it very uncomfortable, especially if you’re in an environment with no air-con or spending a lot of time outdoors. Hokkaido is the only area of Japan without a rainy season, but the temperature and humidity can still get very high in summer. In fact, Hokkaido currently holds the record for the highest Spring temperature in Japan as of 2019.

Despite the humidity in Japan though,  there are still plenty of fun things to do, even when summer is at its peak. 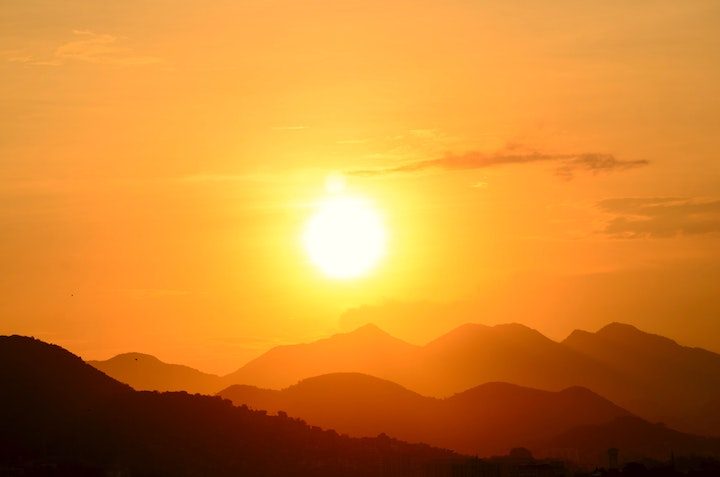 How to prepare for the humidity

The most important thing anyone can do to prepare for the humidity in Japan is to remember to stay hydrated. High humidity means a you’re sweating a lot more than you usually would which means your body is constantly losing fluids and nutrients. Always remember to drink enough water and supplement it with sports drink that help replace vital electrolytes. Popular sports drinks in Japan include Pocari Sweat and Aquarius and are available everywhere from convenience stores to vending machines.

Your wardrobe is also an important factor. Of course, walking around in your new winter jacket is probably not a good idea, so make sure you have your summer wardrobe prepared with lots of light clothes that allow air to circulate more. Try to keep your skin protected as well as the sun in Japan can be very strong so make sure you use sunscreen if you’re going to be outside a lot.

It’s a good idea to make sure your air conditioning is functioning in the lead up to summer. If you plan on staying indoors, make sure your air conditioning is working as soon as the weather starts to turn warm as you’ll no doubt be using a lot of it. If you don’t have an air conditioner, consider investing in one or at least getting yourself a very good fan. A humidifier is also a good option for removing the moisture from the air, though most air conditioners come with this function built in. Another good option for keeping moisture levels lower inside the house is to purchase moisture absorbers. These small boxes can be purchased from drugstores, hardware stores and even in one coin shops like Daiso. They draw moisture from the air and can stop mold from growing in particularly humid areas of your house. Once you’ve had a few of these out in the summer months, you will be surprised by how much water they contain when its time to throw them out. 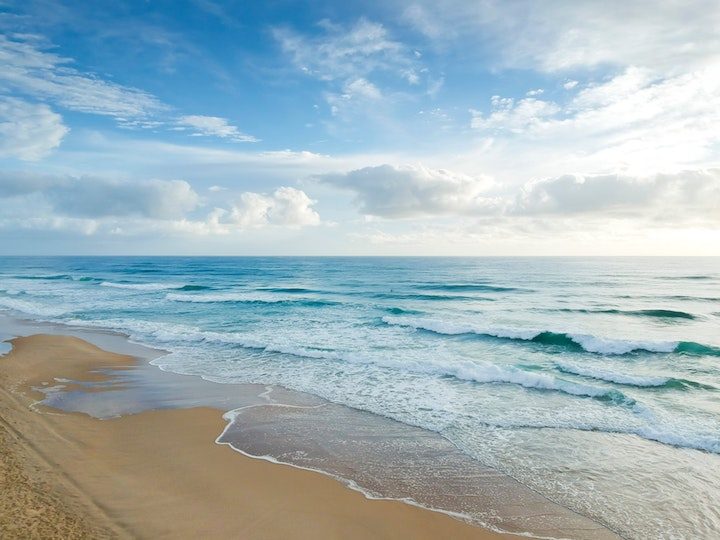 It’s not all doom and gloom in summer though, far from it. Despite the heat and humidity of a Japanese summer, there are still plenty of things you can do to cope and plenty of fun and amazing things to do in Japan whether you’re living long term or just traveling.

As already mentioned, the most important thing to be aware of in humid weather is to stay hydrated. The risk of heatstroke increases due to the bodies loss off fluid so you always need to ensure that you’re keeping your fluid levels up. While it may not be a remedy for the discomfort humidity brings, it’s certainly a very important thing to remember when you’re going into summer, especially if you work in an environment with no air-con. Try to avoid doing too much strenuous activity outside and if you have to, keep up your water levels and try to take regular breaks in the shade.

There’s no real way to avoid humidity in a Japanese summer other than running your air conditioning non-stop though this can quickly cause your electricity bill to rise. Installing a dehumidifier in your home or running the dehumidifier function on your air conditioning will also help make things a bit more comfortable if you plan on staying inside. One interesting tradition to beat the heat that has been practised in Japan for centuries is uchimizu, which is simply pouring water on the doorstep or street outside in order to lower the temperature around the house. One would think adding more moisture to a humid environment wouldn’t help things but surprisingly, this does actually help to lower the temperature a little on the street.

If you’re looking for ways to escape the heat but you don’t want to be stuck in the house all day there are places you can go that offer cool environments like the local shopping mall or the cinema. It’s the perfect excuse for doing some shopping or catching up on movies and both of these places will have great air conditioning in full effect. Of course, summer is the time for some great summer treats such as shaved ice, which is suddenly on sale everywhere and of course, so many variations of ice cream. 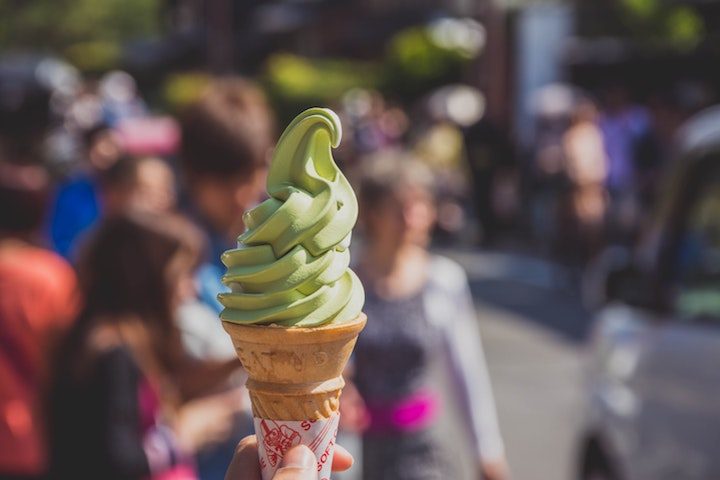 If you are spending a lot of time outside, its good to carry a fan around with you to cool off. Small portable electric fans are particular popular nowadays and these can be purchased from electronics stores or online. Another great thing for outdoor travel are personal wipes which can be bought in drug stores or supermarkets. These moist sheets clean the sweat off the face or body and are very helpful if you’ve spent the whole day wandering around in the heat. They come in fragranced and non-fragranced varieties and some even offer a cooling effect that makes your skin feel refreshingly cool after use.

Of course, when its summer at the humidity is at its peak, it’s a great time to look at getting away somewhere cool. Getting out and about in nature in the hot sun might not seem like the best thing to do, but there are some great options in Japan. Even though the climate in Japan is humid, it’s nature offers a lot of natural ways to keep cool. As a country with abundant mountains and forests, escaping to them in the worst of the heat is a great option as the temperature is lower the higher up you go. You still might be uncomfortably humid on the way up but you’ll be a few degrees cooler at the top of a mountain and probably presented with a great view to enjoy. Another option is the beach. All throughout Japan, beaches open up for swimming in Japan and offer a great way to cool off. Just be sure to take your own umbrella for shade and plenty of water to drink and you’re guaranteed a great time frolicking in the waves. 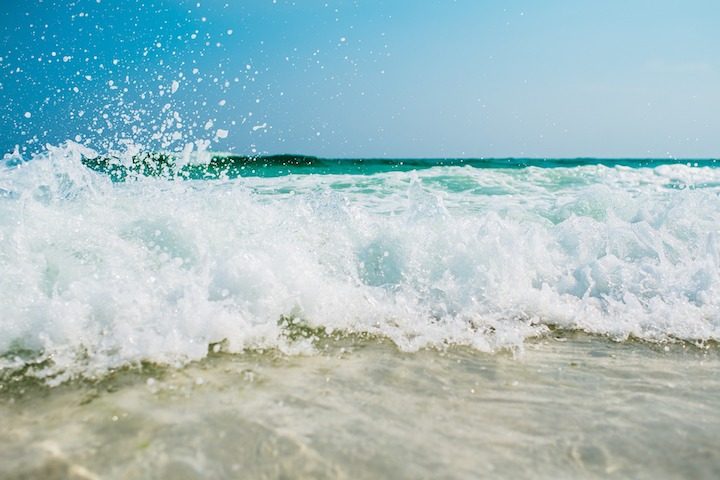 The climate in Japan is a humid one and the humidity really comes to the forefront in summer. It can be a shock to someone living in Japan for the first time or if you’re travelling to the country in July or August. Summer shouldn’t hold you back though, as Japan offers a wonderful range of experiences and things to do no matter the season. Thankfully, with a little preparation and research, you can beat the heat in summer!