Mochi is often one of the main ingredients in many Japanese winter recipes. This season, why not try giving mochi its own place in your kitchen and seeing how flexible an ingredient it is!

Mochi is popular around the New Year as it is thought that eating the stretchy mochi during the New Year period will help you “stretch” out your years (however, this doesn’t work if you choke on it so please exercise caution when eating!). 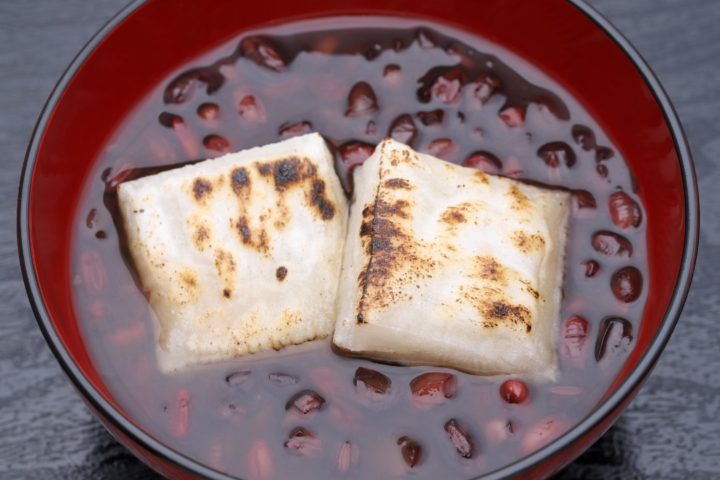 Zenzai is a traditional Japanese dessert that is often eaten during the winter. It usually consists of a sweet red bean soup with either mochi (pounded rice cakes) or shiratama dango (glutinous rice flour dumplings), but many people also add extras like chestnuts.

A similar dessert to Zenzai is oshiruko, however, the main difference between the two is that oshiruko is often prepared using smashed adzuki beans or an adzuki bean paste and served as a smooth soup. Zenzai on the other hand is often served either with just the beans or with both the soup and the beans together and is more commonly associated with Western Japan.

Zenzai is often served with something sour or salty to combat the sweetness of the zenzai and cleanse the palate.

An Easy Recipe For Zenzai (2-3 servings) 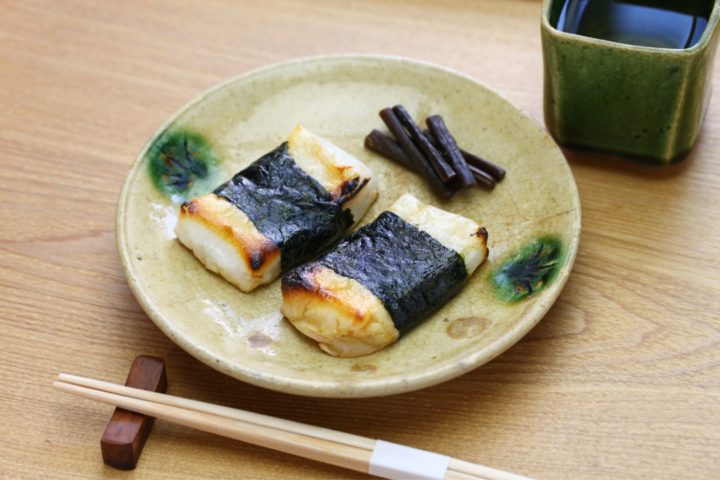 Isobeyaki is a great food for the New Year as it is a quick and easy snack that tastes delicious too!

What’s great about this recipe is that it’s so flexible! If you don’t like mochi, you can try doing this with daikon radishes or even potatoes!

An Easy Recipe For Isobeyaki (5 servings) 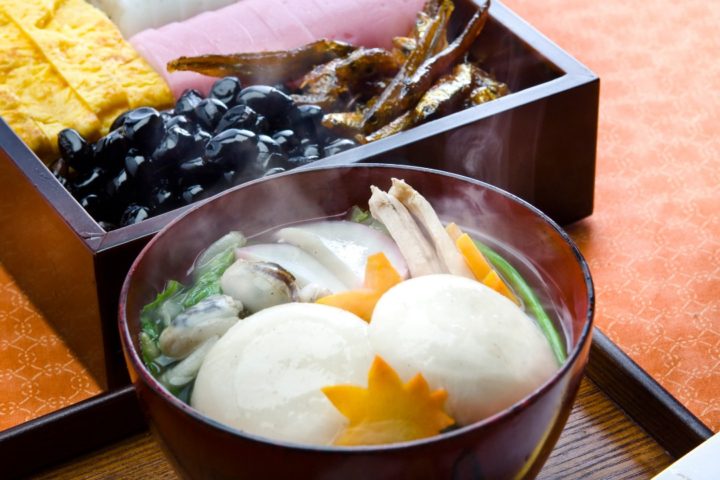 Ozōni is a great recipe for those who love to experiment with ingredients, as each region (and sometimes even each family!) has its own version of ozōni, with every region claiming that theirs is the best. In the Kantō region, it is common to use a dashi-based stock as the base for the soup, whereas in areas of the Kansai region, white miso is used for the soup base.

The main thing most ozōni have in common is that they consist of a medley of mochi, some form of protein and/or seafood, and a mix of vegetables in a soup base.

This time, I’ll be introducing a recipe from the Kantō region.

An Easy Recipe For Ozōni (2 servings)

(Please exercise caution when eating mochi as it can easily become stuck in the throat).