Japanese YouTube enjoys a mix of Japanese people and foreigners in Japan, providing viewers and subscribers with informative, funny, and interesting content. Living in the digital age, most YouTubers in Japan are able to have their own niche.

Some introduce you to different places in Japan, some teach you Japanese, some give you tips on living in Japan while some just vlog about their daily life. YouTube is also a popular resource for content in Japan comparable to Twitter, Instagram, and Facebook. In fact, it’s the most popular video sharing site in Japan. For teens and children, YouTube replaces time spent on TV. Corporations are also using YouTube more for advertisement. 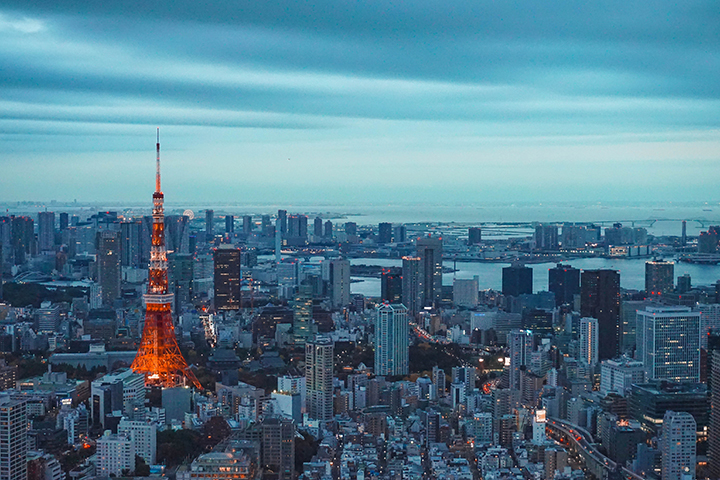 Abroad in Japan is run by Chris Broad, a British man living in Japan, and has more than a million subscribers. In his channel, he introduces his life in Japan, especially as a foreigner, and his videos range from traveling to Japanese language and general tips of living in Japan. His content can be educational to pure entertainment.

By watching his videos, he hopes that more people will be encouraged to visit Japan. Broad also sells merchandise and has been featured on various media outlets including BBC, The Guardian, and The Independent. Some of his videos include exploring an abandoned tunnel in Japan, trying black ramen and cycling around Japan. 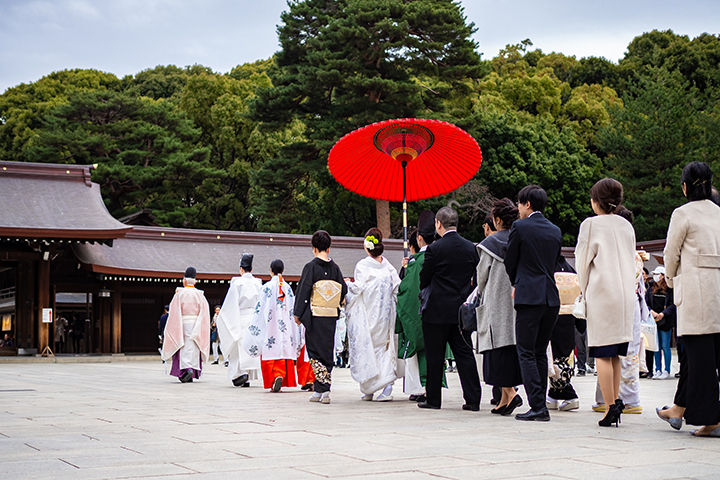 Rachel and Jun, with more than 2 million subscribers, are a Japanese and American couple living in Aichi Prefecture. Their content is a mix of travel vlogs to relationship advice. Their content particularly appeals to those in interracial relationships or those who want to know more about dating or marriage in Japan.

At the same time, they also provide general tips of their life here including moving homes and Japanese language. Some of their videos include what they argue about in a Japanese/American marriage, Japanese internet slang, and pros and cons of traveling in Japan. 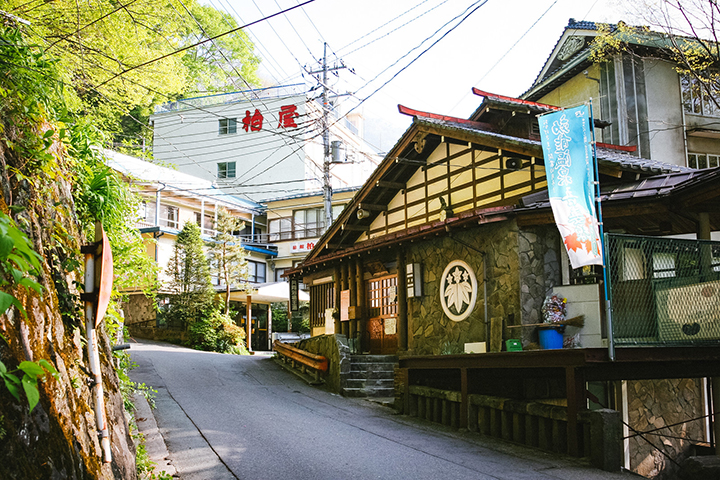 Only in Japan is another popular YouTuber for those who need travel tips and advice on living in Japan. John Daub, who runs the channel with more than a million subscribers, is a reporter for NHK World. NHK World is the sole public broadcaster in Japan.

Daub himself has lived in Japan for more than 20 years. Because of his long experience of living in Japan, his content is a detailed and informative take on the country, but also useful for those wanting to visit. Some of his videos include why Japanese people live so long, introduction to bathhouses in Japan, and how to start a cross-country hitchhiking trip. 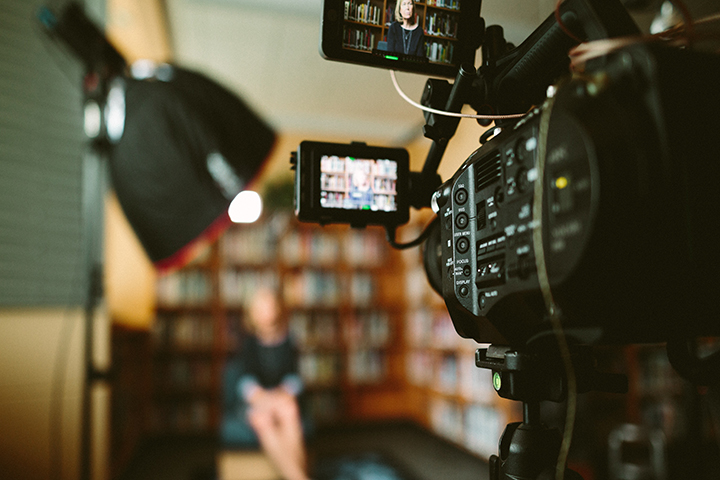 Run by Yuta Aoki, That Japanese Man Yuta has more than 600,000 subscribers. His content is a bit different because most of it involves interviewing or asking people (mostly Japanese) on the street about their views on a certain topic.

For example, “Do Japanese Women Date Foreign Men” or “Is Your Favorite Anime Popular in Japan?” He also makes commentary videos on certain social issues or viral events in or related to Japan, such why tattoos are banned in some places or Japan’s immigration policy. He also talks about learning Japanese in certain videos as well.

Because of this style, his channel provides great insights and create discussions on social, cultural, and political issues in or relating to Japan, which could be thought-provoking for those who aren’t familiar with Japan. 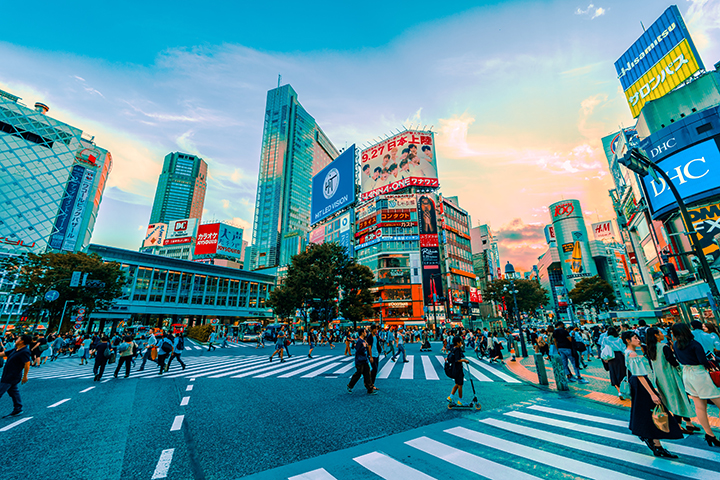 Life Where I’m From is run by a Canadian man, Greg Lam who has been living in Japan since 2015. It features his biracial (half Japanese, half Canadian) kids who are also in Japan. His videos give insight into everyday life in Japan, but also special events and uniquely Japanese aspects of the country. Topics such as weird things in Japan, the working culture, and even what life is like in a nursing home are on his channel.

Since his children are also in the videos, he tries to show Japan through the eyes of his two children. If you want more information about education and child-related content, this is the place to go. If you want to see Japan through an adult lens, head over to Life Where I’m From X. Interestingly, at times, the content isn’t limited to Japan. He also features other countries like the Philippines and Canada and what life is like there.

His videos about the Philippines are impressive as he doesn’t dabble into the “touristy” aspects of the place, but instead what life is like for a middle-class citizen in the country. He remains neutral despite comparing things in Japan, and portrays life as it is. 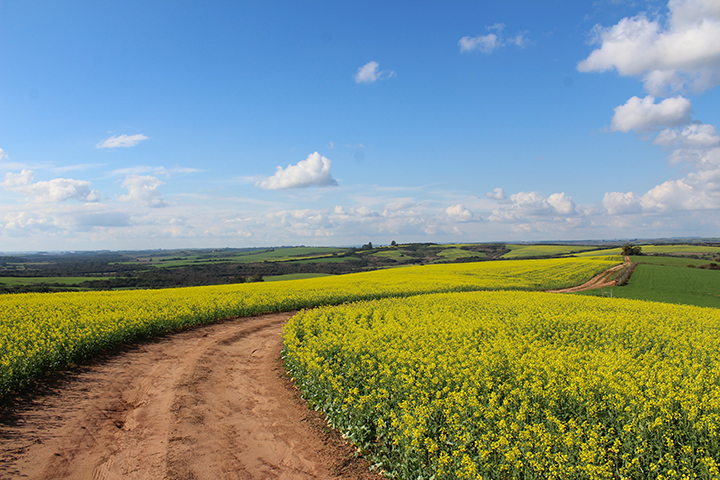 Angela is the creator behind InternationallyMe. She is born in New Zealand and now lives in Japan. Her aim is to show the lesser-known or off-the-beaten-path places in Japan including rural and local areas that you couldn’t easily find on the internet or in guidebooks.

Angela also organizes meet-ups in Japan and overseas. Recently, she opened a school in Akita called Akita Inaka School, as a new way to not only study Japanese but also to experience authentic and especially Japanese culture in the countryside. Combining language, culture, and experience, the school aims for further immersion into the Japanese environment to gain a deeper understanding and also to be part of the local community. Of course, with local countryside experience. 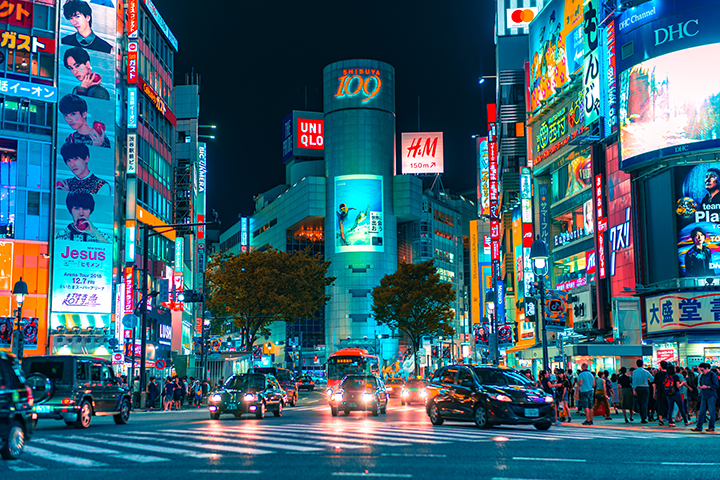 Hajime is the most subscribed YouTuber in Japan with eight million followers. His videos are in Japanese, but Hajime spent a year studying in the UK so you may hear occasional English on his channel. Because of his popularity, he has appeared in a number of advertisements including Weekly Shonen Jump and Shibuya 109.

He has three channels on YouTube which are all equally popular. On his main channel, he posts Q&A videos, experiments, and product reviews. On his sub-channel, he talks about his everyday life and promotional videos, while on his third channel, he showcases his life with his roommates. 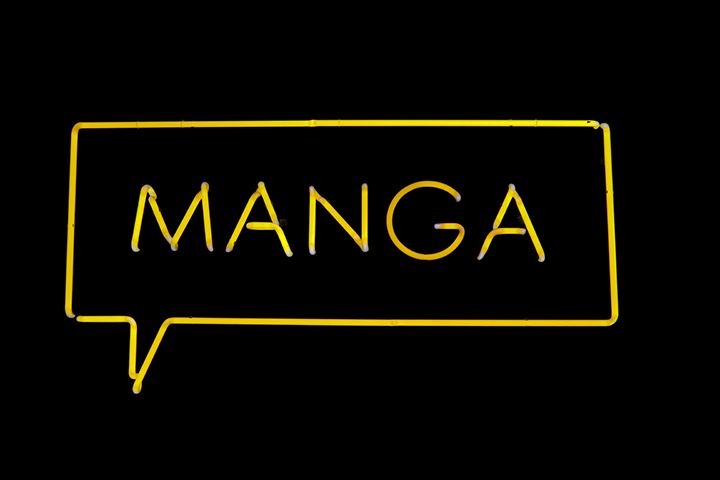 Joey who runs The Anime Man and Aki who runs Akidearest are a popular couple born thanks to YouTube. Both of their content is mainly related to anime and manga, be it anime conventions, anime cafes, or anime reviews. Joey is half-Australian and half-Japanese while Aki is Canadian-Filipino. They also run a podcast.

The two occasionally collaborate with other YouTubers on their videos. While they’re mostly about anime, they also occasionally talk about language (Japanese or Filipino) and what it is like to live in Japan. Joey previously lived in Australia while Aki lived in Canada, but have moved to and now live in Japan. Being an inter-racial couple, the two also at times talk about their lives being half-Australian or Filipino-Canadian. If you’re looking for fun, humorous and entertaining videos, these two channels are a must. 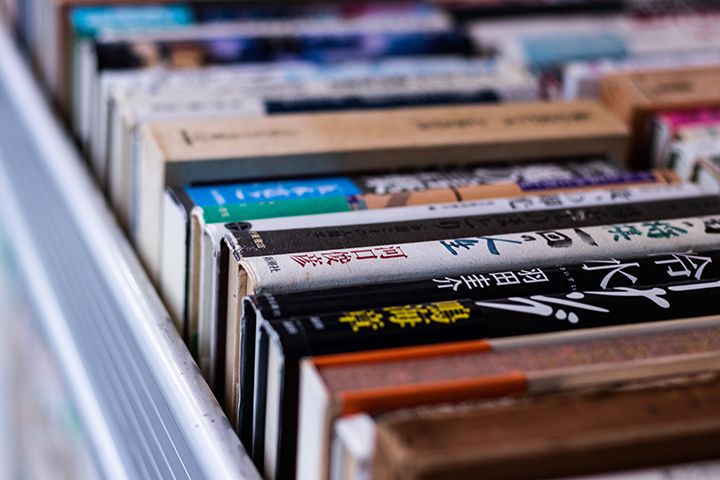 This channel is perhaps the best YouTube channel to visit when you really want to learn Japanese. With more than a million subscribers, the channel introduces you to a fun and easy way to learn the language. It’s broken down into listening, speaking and reading. The videos are short and are divided into different levels depending on your current fluency level. This makes it easy to follow and is great for those who want to learn Japanese by themselves. I’ve used this channel when I was preparing to go to Japan for my internship, and it helped me with the basics such as introducing myself and ordering food.

You’ll also get to learn different useful phrases for when you’re shopping, at the airport, or on the train. They also give tips on how to learn effectively, as well as survival Japanese if you’re just visiting the country. If you sign up to their site, you can get more access to their content, including detailed PDF lesson sheets and lesson discussions. 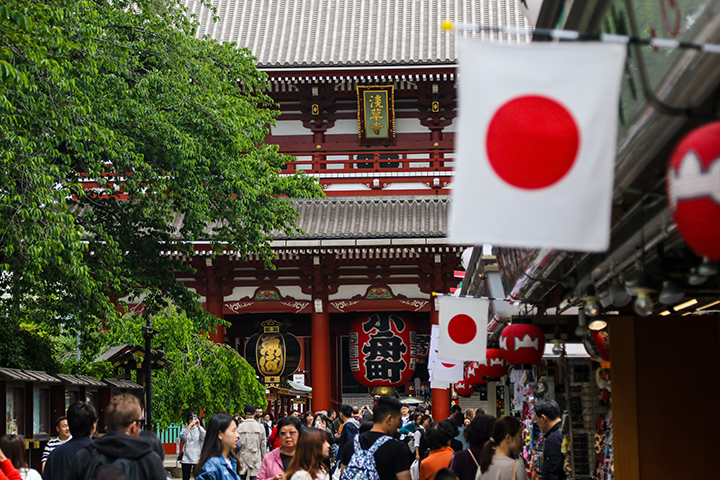 Fumiya Sankai runs Fumishunbase and currently has almost 2 million subscribers. Sankai enjoys a majority of Japanese and Filipino fans, as most of their content is about or related to the Philippines while, exploring Japan-Philippines relations at the same time.

Sankai shot to fame when he became a contestant in Pinoy Big Brother, a Filipino reality show, where he was part of the Big Four and ended up as the 5th Big Placer. He formed a close friendship with his fellow housemates, especially Yam Yam, whom he refers to as his spiritual brother despite the initial language barrier between the two.

His videos range from his experiences in the Philippines to daily vlogs, parodies, trying Filipino food, and spending time with his brothers. Sankai aims to build a bridge between Japan and the Philippines, hoping that more Filipinos will be interested in Japan and vice versa. His friendship with Yam Yam has also shown others that language or cultural difference is not a hindrance to forming a deep bond. 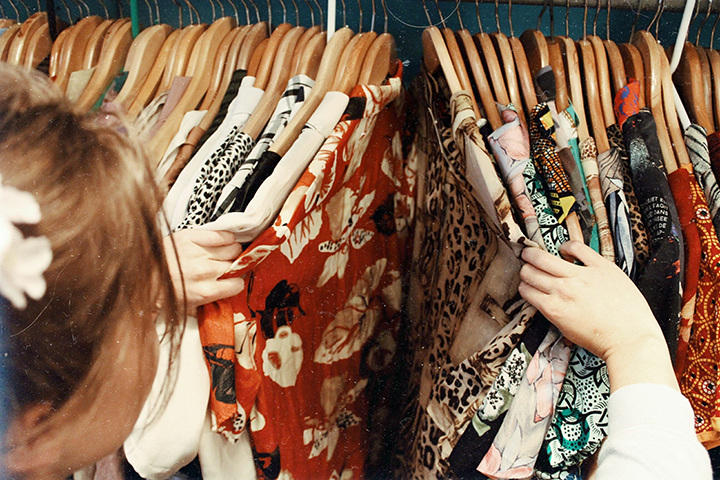 Sharla, from the channel Sharmandar, produces videos that are a great resource if you’re looking for a combination of fashion, travel, and daily life in Japan. Sharla has almost half a million subscribers and currently lives in Iwate Prefecture. She introduces Northern Japan, clothing, skincare routine, and also her cats!

Sharla also lived in South Korea for a while, if you’re interested to know about traveling there! She also has a decent amount of videos on that topic. She has since moved back to Japan. Sharla also previously worked with well-known Japanese actors including Johnny’s actor, Tomohisa Yamashita, also known as Yamapi. 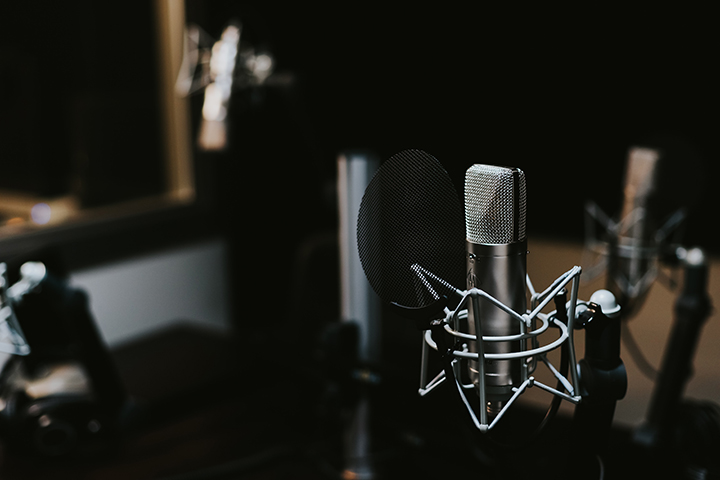 This channel is another great resource if you’re looking for combinations of learning Japanese, travel, gaming, and anime. Scully, who is Japanese and was born in Japan, moved to the US when she was three years old. She’s both a gamer and a cosplayer as well as a translator, and has done anime and manga translators for Crunchyroll. She also tried her hand at being a seiyuu (voice actress). Checking out her content is great if you’re aspiring to work in a similar field.

Scully’s videos are mostly vlogs, doing translations, or reviewing anime. She currently has more than 300,000 subscribers. She also has a decent amount of videos about the US since she previously lived there. Some of her interesting videos include, “Why do Japanese People Wear Face Masks,” “Japanese Internet Slang Challenge,” and “Why Anime Translations Are Weird.” 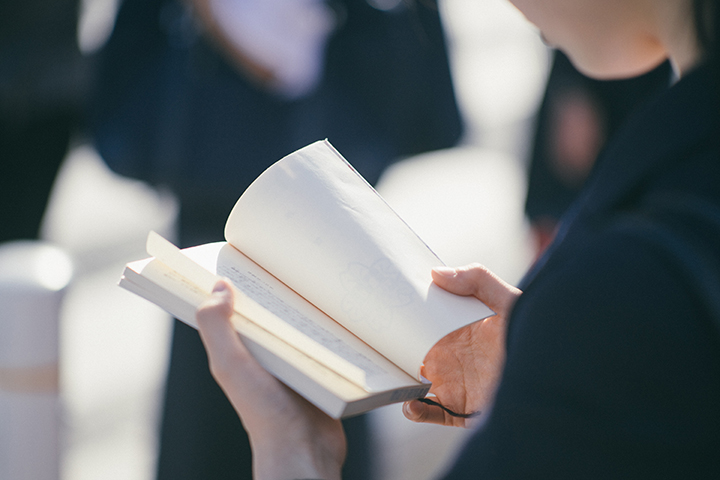 I put KemushiChan here because I find her videos very useful as a foreigner living in Japan. Run by Loretta, the channel currently has more a hundred thousand subscribers. Originally from New York, Loretta moved to Japan and considers herself as a “perky polygot.” She talks about life in Japan as a foreigner, being a foreign student in Japan, her adventures in Japan, and learning Japanese. She also just recently finished her Master’s Degree. Her channel is a good resource if you’re thinking about studying in Japan!

Some of her informative videos include talking about the costs of living in Japan as a student, how she learned to speak better Japanese, and especially the things she wished she knew before coming to Japan. These come in handy for you to be prepared and know what to expect. If you’ve never lived in Japan before or its neighboring countries, these would especially be helpful and save you from any major culture shock. Sshe also introduces effective study habits that you should definitely try if you’re a student.

And there you have it, folks! We’ve rounded up 13 YouTubers in Japan that we think you should definitely follow. Their content ranges from travel to popular culture, language, fashion, comments on social issues relating to Japan, and even introducing countries and cultures other than Japan! We definitely think that following them would make your YouTube experience much more educational and fun!

Do you have other YouTubers you like? Who are your favorites? Did we manage to include them?