Asakusa Shrine – The Shrine in the Temple | Guidable

The Shrine Which Used to Be a Part of Senso-ji 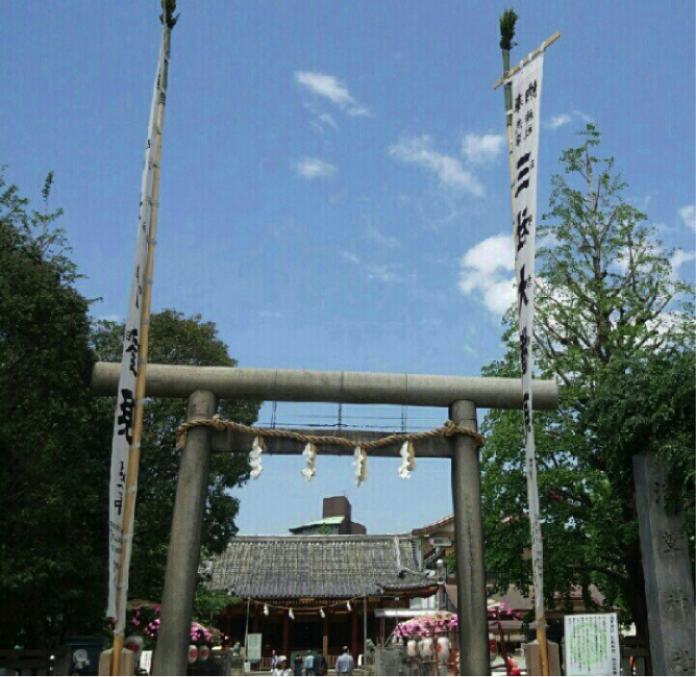 “Sanja-sama” – Three Gods of the Shrine

Asakusa Shrine is also called “Sanja-sama”. Sanja means three people who are dedicated to; the brothers of fishermen and a landlord of Old Asakusa. The fishermen found kannon statuette was caught in their net at the Sumida River. Then they asked the landlord, and the landlord became a priest and changed his house into the temple, the Senso-ji Temple as it is. Later, the shrine was founded to worship the fishermen and the landlord. The festival named Sanja-matsuri is Tokyo’s one of largest Shinto festivals, and held on the 3rd weekend of May each year. 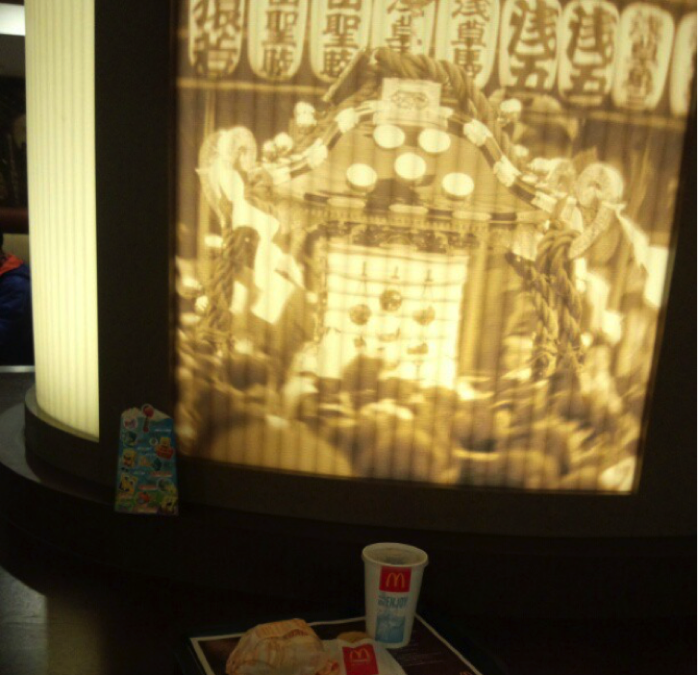 You can also visit Asakusa Shrine on New Year. Because the shrine is located next to famous Senso-ji Temple, there is quite crowded. However, bunch of worshippers visit only the temple, and there is slightly quieter than the temple. After worship at the shrine, you can get omikuji (written oracle) and amulet, etc. Even though you want to visit only the shrine, you have to enter from famous Kaminarimon gate of Senso-ji. Usually people can enter to the shrine from Nitenmon gate beside the shrine, but it is not permitted on this period. 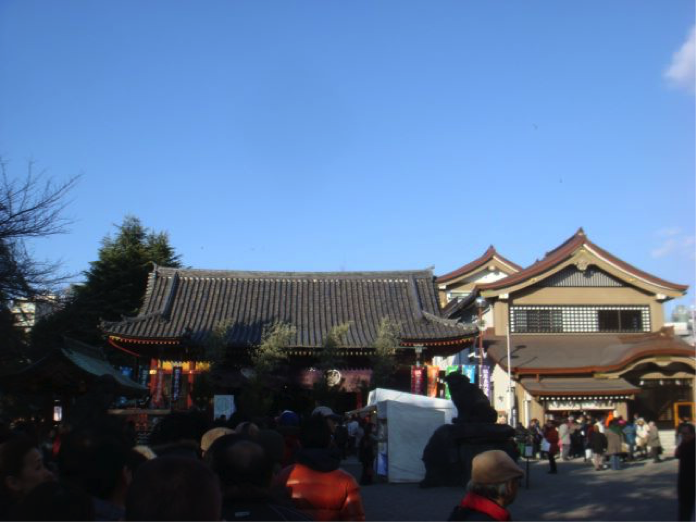 Another Side of Asakusa Shrine at Night

Both Senso-ji and Asakusa Shrine are illuminated at night. The shrine office closed at 5 p.m., but you can also visit and worship after closing. However, you can’t get omikuji at the shrine though the temple’s is available until gate is closed. Because there is crowded and quite noisy at daytime, you may visit there after dinner if you stay Asakusa. Illuminated shrine building also has its own beauty. Lighting is held from sunset to 11 p.m. every night. Enjoy the shrine’s another side at night, but don’t stay too late though here is Japan. 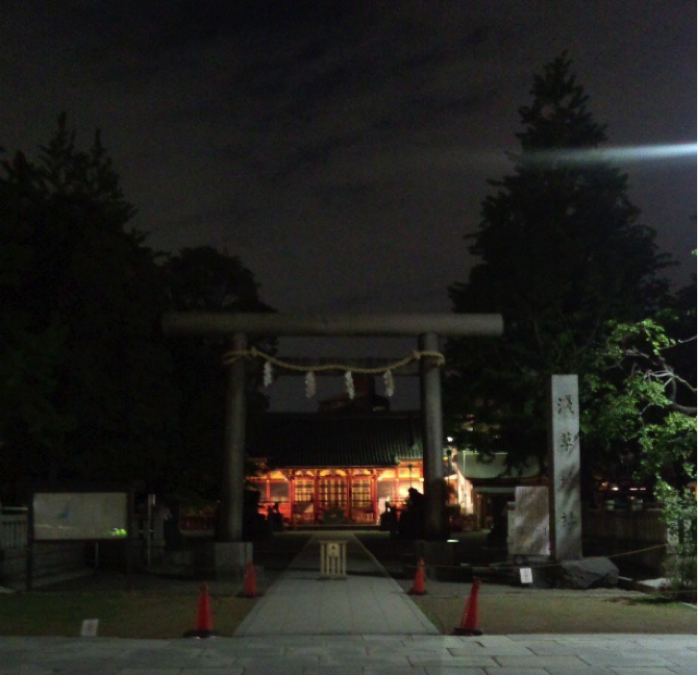