Best Season to Visit Miyajima, the Island of God | Guidable

Best Season to Visit Miyajima, the Island of God

20th Anniversary of Registered as a World Heritage

20 years have passed since Itsukushima Shrine of Miyajima, Hiroshima Pref. has been registered as a UNESCO World Heritage Site. Even though there been has one of best destinations in Japan, the number of visitors has been increasing lately. Therefore, the best season to go there is in the air, too. This time you can enjoy maple-viewing, Japanese autumn tradition. Because there are also some hotels in Miyajima, there is a chance you stay in the island. 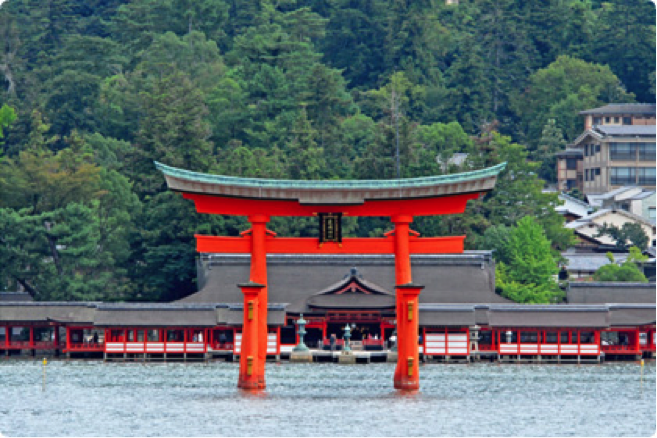 On the island, the period which could be the best season comes several times, however, autumn is definitely the best of best. Because there are several red stuff around the shrine; shrine gate and building, five-storied pagoda, etc. Therefore, the maple leaves turn red and they are very brightly colored. The best place for maple-viewing would be famous Momijidani Park. When you see maple leaves from there, you will be impressed with the harmony with the red maple leaves, blue sea, and green mountains. 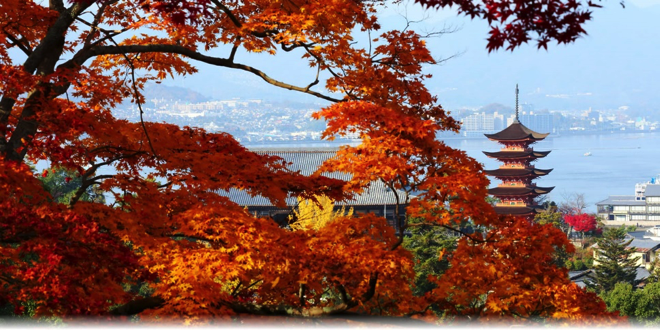 Momiji manju is one of well-known confection of Hiroshima. Actually it is originally from Miyajima, and several stores which makes and sells the manju are located in the island. Not only red bean paste, it has also several flavors like cheese, chocolate, custard etc., and you don’t have to worry if you don’t really like red bean paste. Moreover, the latest variation must be deep fried momiji manju which is named agemomiji. The manju is fried at the store, and you can get freshly-fried one. It is served with chopstick like below, and you can eat without staining your hand. 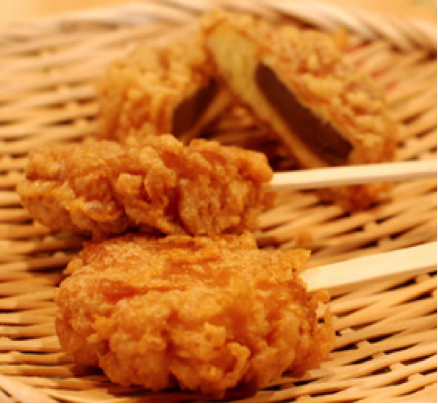 When you visit Miyajima, wild deer might welcome you roughly. They used to be called “messengers of a god”. However, since the number of deer has too increased, it is strictly prohibited that feeding deer in the island to return to the wild though they are all hungry and eat everything. They are aiming your bento or paper stuff like maps, paper money, etc. If your bag is opened while you are walking around, they might thrust their head through a bag to look for food. If you have lunch outdoors, you need to pay attention to deer’s approaching. They might stay behind you, then suddenly appeared and might try to get your lunch. You might feel they are lovely or pity, but absolutely, do not feed. There is totally different from Nara Park, shika senbei (baked snack for deer) is unavailable. To have fun in Miyajima, obey the rules in the island. 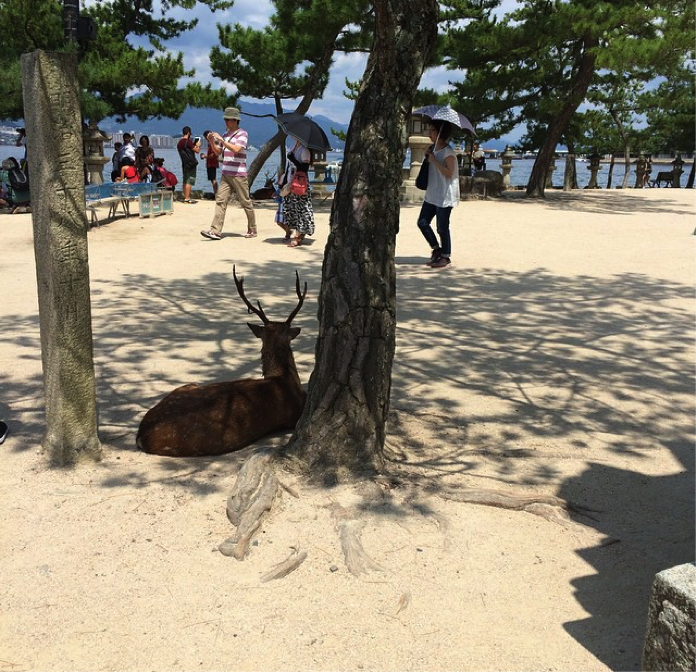