Tokyo is going to be tinted in rainbow this weekend for Tokyo Pride. Tokyo Rainbow Pride 2022 will take place under the theme “Change the Future Together”.

More specifically the aim of this year’s Tokyo Pride is to enhance how different people are and how we can improve the connections between individuals in a period when connecting in real life has become harder and harder.

What is the LGBTQ Plus Situation in Japan?

Japan still does not legally recognize same-sex unions and marriages and does not have any specific laws in place to avoid discrimination against LGBT+ members. Japan is also still the only country member of G7 that does not legally recognize same-sex unions. Starting in 2015 some cities have started implementing a “partnership certificates” system and although these certificates are still not recognized as marriage by the Japanese law, they still have important merits for the parties involved, such as the right to visit the partner in case of hospitalization and to take medical decisions, the right to be assigned to public housing as a couple, for example.

According to the activist group Marriage For All Japan, right now 12 of the 62 municipalities in Tokyo and 147 municipalities across the whole country recognize these same-sex partnerships. 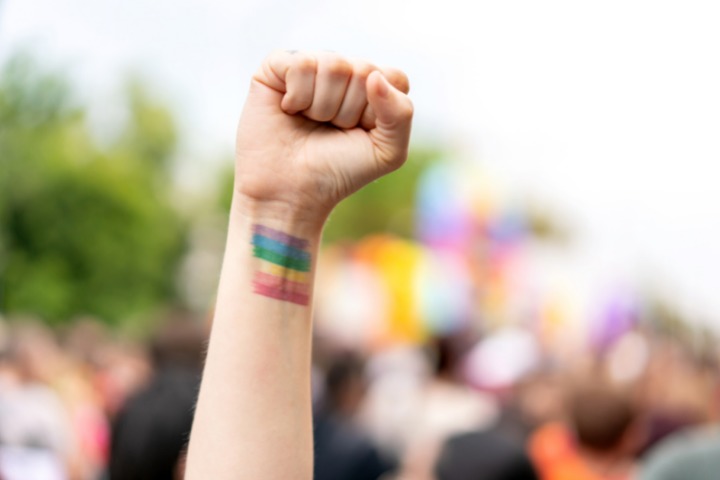 Tokyo Rainbow Pride started in 1994 when it was very much almost an activist movement: just around 1000 people participated that year walking around Shibuya with rainbow flags and signs.

The Tokyo Rainbow Pride as we know it – a full-scale event that lasts an entire weekend and more – started taking shape just in 2012 and in the last few years, the number of participants (to the whole event) has reached 200,000 people.

This 2022 Pride main event, the Parade, will be held on Sunday, April 24th. As a countermeasure to avoid the spread of covid-19 the number of people allowed to participate in the parade is limited and registration is required (already closed). If you did not manage to book your spot in advance you could still participate and enter the venue from the “normal” lane but priority will be given to those who purchased their tickets in advance.

The parade will go on a 3km route around Shibuya and Harajuku starting at 1 pm from Yoyogi Park, where boots and performances will be held. 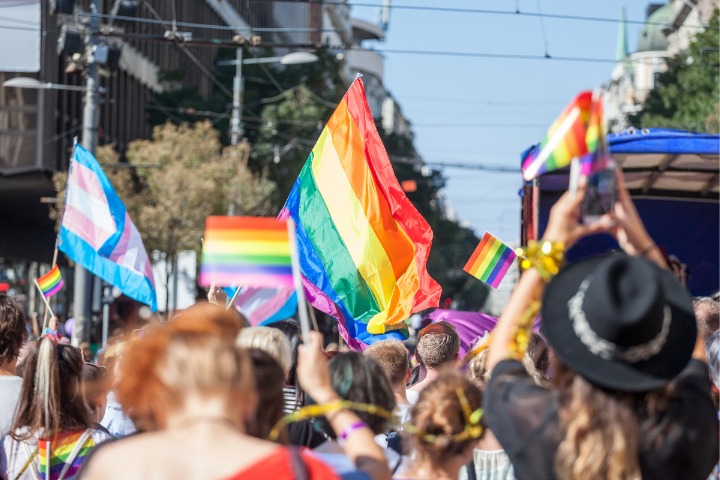 Additional events will be held in the weeks following the Tokyo Rainbow Pride Parade on the topic of the Pride and the LGBTQ+ community. The “pride conference” will be held on Friday, June 3rd, 2022 and the “Pride Talk Live” will be on Saturday, June 25th and 26th, both online. Further details on these events, which will be held online will be announced in a new press release in May but topics will revolve around the connections made during the Pride event.

A stage and dozens of boots will be set up in Yoyogi Park during the Pride Parade weekend. Performances, symposiums, and seminars will be held from April 22nd to April 24th. Topics include LGBT+ inclusion, identity and sexuality and discussions with experts will explore the rights and the LGBT community from a legal standpoint, and will further expand to discuss the transgender community in Japan.

The artistic performances will range from singing and dancing to comedy and drag queen shows.

Party-like events will also take place from the parade weekend throughout the Golden Week in locations around Shinjuku Ni-Chome.

Join the Pride Carnival Parade after-party on the 24th at Aisotope Lounge in Shinjuku to dance to J-pop, and trance music.

For full details of all the panels and events make sure to check out Tokyo Rainbow Pride official website.

Be proud of being who you are – this is the ultimate message of Tokyo Pride. Join the party, have fun, and help bring such a powerful community together in the streets of Tokyo. Don’t miss Tokyo Rainbow Pride 2022 from April 22nd to 24th.