The summer reminds most Japanese people of high school baseball tournaments played by high school students in baseball clubs! For children, they look up a lot to baseball players. For people in the same generation, they cheer for one another when watching baseball games, and for elder people, they watch it while reminiscing about their youth.

All generations of Japanese people are excited to watch baseball every summer! How about you, do you know about this widely adored sport in Japan?

What kinds of high school baseball are there in Japan? 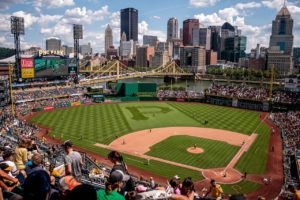 Among these 4, the most famous one is regulation baseball for boys.

Among them, the most popular is the high school baseball tournament all over Japan held in August which is also broadcasted on TV. Because is held during summer holiday for students in Japan, many are excited to see it on TV.

This year, however, there is an interesting exception. Because it is the 100th anniversary of the tournament, not 49 high schools but 56 high schools will participate. The additional 7 prefectures are Aichi, Kanagawa, Osaka, Chiba, Hyogo, Saitama, and Fukuoka which are also divided into 2 regions this time. This year’s tournament is more special for 2 reasons, one is because it is 100th tournament with more teams participating, the other is it is the final tournament held in Heisei era (from January 8th, 1989 to the end of April in 2019).

Some facts behind this special sport in Japan 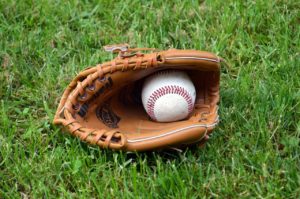 Because there are about 4,000 high schools in total that participate in the High School Baseball Tournament, becoming the champion is very difficult, and students are forced to practice very hard every day. Players must follow dietary regulations and some even stay in dormitories specified for the practice for the tournament.

In the dormitories, there is a rigid hierarchical relationship, so there are times when new students get discouraged by their senpai (older students).  For instance, new students sometimes do not get to play in the games but just collect balls so that their seniors can practice smoothly. Aside from baseball, new students are made to clean rooms or bathrooms for their seniors, too. Conflicts easily spark between newbies and upper-class students for these reasons.

At dinner time, students are often forced to overeat to keep their body strong.

Therefore, there are numerous stories behind this sport about the students who could not keep up with harsh practices. 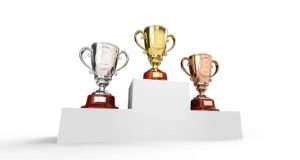 After passing through all these hard conditions, the best high school baseball team in Japan is elected thanks to the trials of the tournament. For the winner, a championship flag is awarded. Winners can keep it for 1 year and bring it back on the day before the next year’s tournament starts.

For students who have lost, they usually collect sand from the baseball field while crying and bring it back to their home as a momentum. It is one of the customs that moves many audiences!

In conclusion, there are 4 kinds of high school baseball games in Japan, and among them, the most famous one is the High School Baseball Tournament all over Japan held in August. Because all high school students who belong to baseball club in Japan join it, becoming the winner is very challenging. But because of this, people get really excited by watching these games and cheer enthusiastically for players.

Some students become famous through this tournament, and outstanding players might receive a chance to sign with a professional baseball team in Japan!

If you visit Japan during this season, I highly recommend you to watch the baseball games which will surely give you excitement and great memories.