Italian cuisine has won the heart of Japanese people a long while ago. Spaghetti has appeared in Japan in the late 20s and Japan since then has developed its own Japanized version of many Italian dishes that combine Italian recipes and Japanese ingredients.

In recent years, Italian street food and desserts have been gaining increasing popularity to the point that you can easily find tiramisù and the famous maritozzo even in convenience stores.

What about gelato? Gelato has followed the same course and today you can find outstanding authentic gelato in many shops around the city, run by both italians and Japanese ice cream artisans.

Let’s have a look at the best spots to eat authentic gelato in Tokyo!

Giolitti a gelato shop from Rome, is the latest addition to the gelato scene in Tokyo. The shop opened its first shop in Shinjuku earlier in June this year inside Lumine shopping center and has already gained much popularity for its authentic and rich taste. You can expect classic cones and cups, ice cream sandwiches and ice sticks. 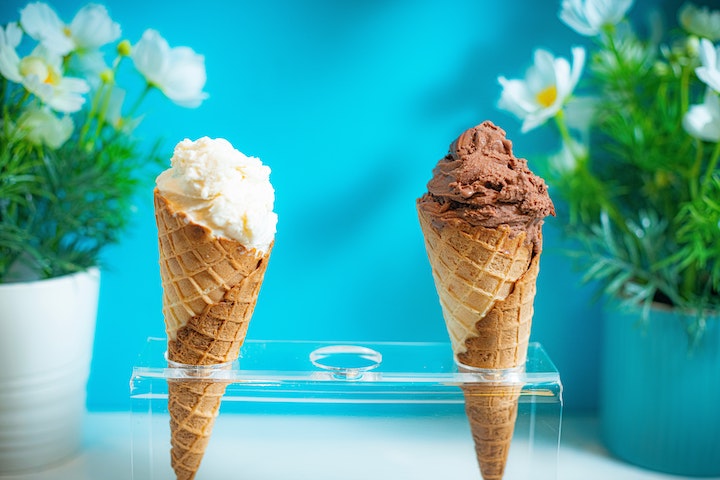 Sincerità is a small shop around Asagaya station. The owner is a former interior designer but after an eye-opening period spent in Italy and the attraction he felt to the gelato world, he decided to come back to Tokyo where he became a gelato artisan to spread the culture of gelato in Japan.

Sincerità has won the third prize at the 32nd International Gelato Competition in Italy in 2011 and has become a fixture in the Asagaya neighborhood since then.

The flavors change depending on the season and ingredients available from local Japanese suppliers, but you can always find a core of standard flavors like cacao, pistachio, and fresh milk.

Gelateria Marghera was born in Mirano, a small city near Venice. The first branch opened in Tokyo, in Azabujuban in 2013 after 30 years of successfull activity in Italy.

The cones are rich and full and the range of flavors varies from traditional Italian staples to more Japanese fusion and extravagant ones. 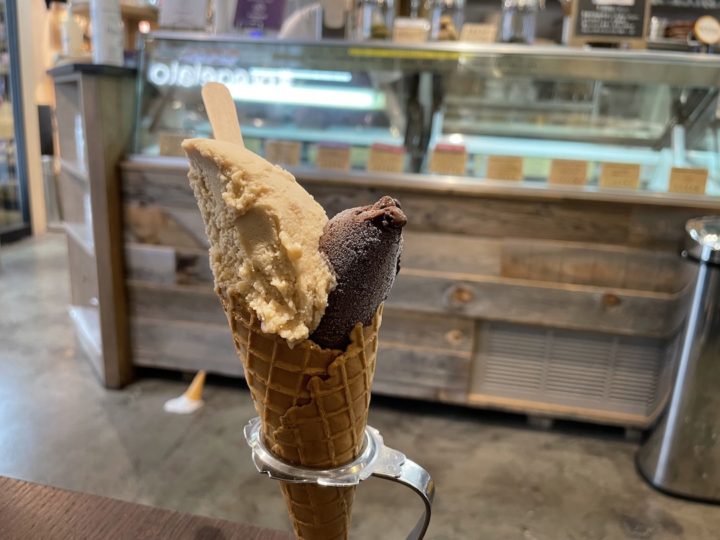 Premarche in Nakameguro opened in 2018 is the second store of Premarche Gelateria, with the first shop being in Kyoto. The concept at the core of Premarche is to make gelato an enjoyable experience for everyone regardless of dietary experience: that’s why among the selections you can find many flavors suitable for vegans and people with different allergies. Choose between Milk-based flavors, milk-free, sorbets, and pure vegan flavors. The flavors are light and

A regà is a fairly quite unknown pizza and ice cream shop located in Shirokane, that serves authentic Roma-style pizza “al taglio” and delicious gelato.

Try maritozzo ice cream sandwich or the affogato (ice cream with a shot of espresso) and enjoy the interior design of an Italian traditional bar to be instantaneously transported to Italy!

Gelateria Acquolina is a very small gelato shop in Yutenji. The clients particularly appreciate classics such as pistachio and chocolate but Acquolina is not afraid of trying new combinations, pairing ice cream with savory flavors such as basil, tomato and olive oil. Try one of these if you feel brave, knowing that you can rely on an extremely high-quality product.

Glaciel specializes in the production of ice cream  cakes in which fine quality ice cream is sandwiched between classic sponge cakes. The ice cream they use to create cakes is also produced by Glaciel and you can try it at their location in Omotesando as normal gelato in a cup or a cone. Glaciel ice cream base is Hokkaido milk, which gives the gelato a very rich and creamy taste. You can also find sherbet-like gelato made with seasonal fruit.

Finding the Right Gelato in Tokyo

You will have to venture out around the city and eat many cones to find your personal best Italian gelato in Tokyo but it is worth every minute of the train ride.

Where to Enjoy the Best Latte Art in Japan