Wandering around Tokyo looking for a nice place to have some afternoon tea and dessert? Why not stop by Dominique Ansel – a place of inspiration and creativity.

What is Dominique Ansel Bakery? 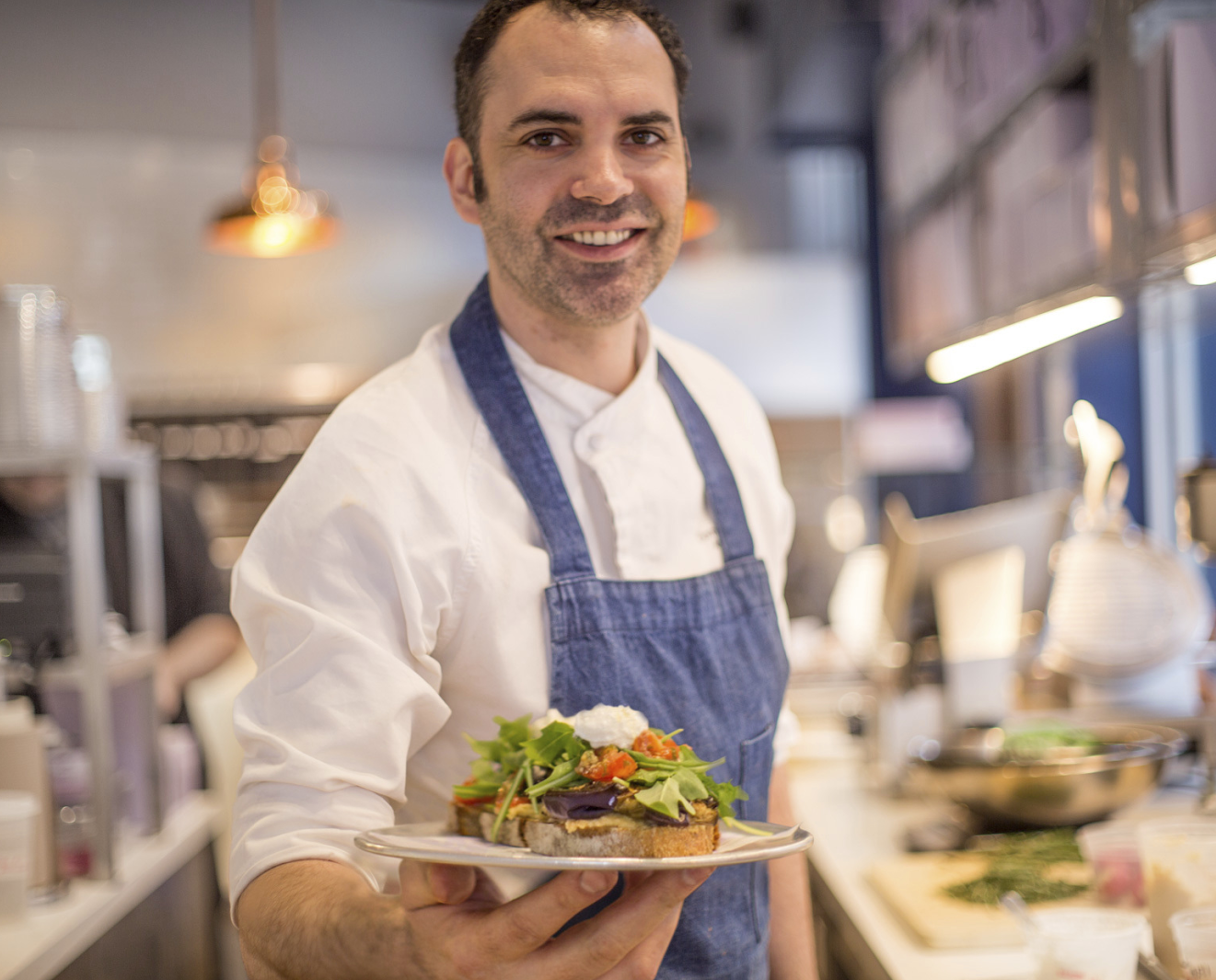 For those in Japan who are not familiar with this name, Dominique Ansel Bakery is a pastry shop owned and created by Dominique Ansel – a professional chef who was recognized as the World’s Best Pastry Chef in early 2017.

Before opening his own bakery, Dominique worked as an Executive Chef for Daniel Boulud’s Restaurant for six years and helped the restaurant to earn its 3rd Michelin Star. Also in his early career years, he worked continuously for eight years at Fauchon – a major company in French gourmet industry. His talent and skill have been practiced to perfection, to the point that he decided to start his own brand.

In 2006, Dominique came to New York with his big dream of opening a creative and one of a kind store. And no surprise, within just 10 years, he has successfully built up a strong reputation, with 5 branches located in the top luxurious cities in the world. Among five of these stores, Tokyo is very lucky to host two of them, with one in Omotesando and one in Ginza.

The brand’s concept is not to “let the creation kill your creativity”. Stepping into Dominique Ansel bakery, the chef wants you to experience something unique, something you have never imagined before, and something you can only taste at DAB. 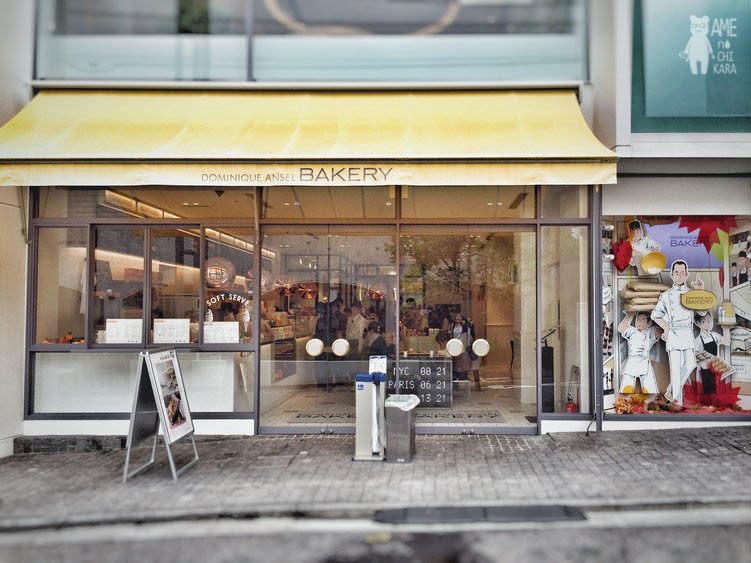 What to eat at Dominique Ansel?

You should definitely try his greatest creation – The Cronut. The pastry is a combination of croissant and doughnut, a harmony between European and American cuisine. The Cronut is so special that it was named one of the “Best 25 Inventions of 2013” by Time magazine. Moreover, if you think that the Cronut is just like a donut that can get greasy and boring over time, don’t worry, the flavor of Cronut is changed every single month and even varies between countries and franchises. However, be aware that you can only purchase up to 2 per person, and make sure to come early and line up before they are all out.

Besides the Cronut, there are other signature dishes at DAB, such as: The cookie shot (A chocolate cookie made into a mug filled with cold, fresh milk); The frozen S’more (Half s’more, half ice cream cake. The vanilla ice cream is filled in a chocolaty nutty feuilletine, and then wrapped again in a homemade marshmallow. When the order is received, the frozen s’more will be torched under fire to caramelize the marshmallow). 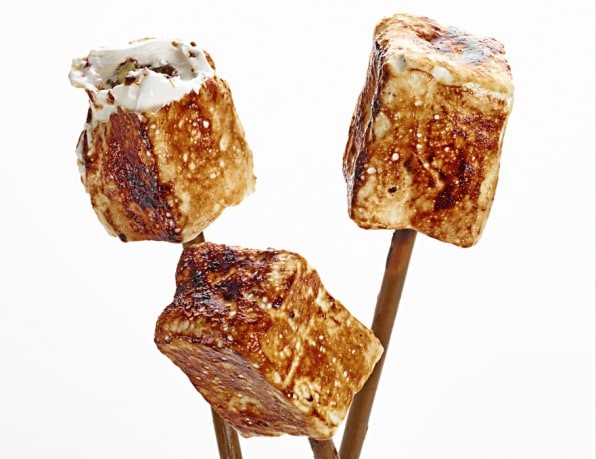 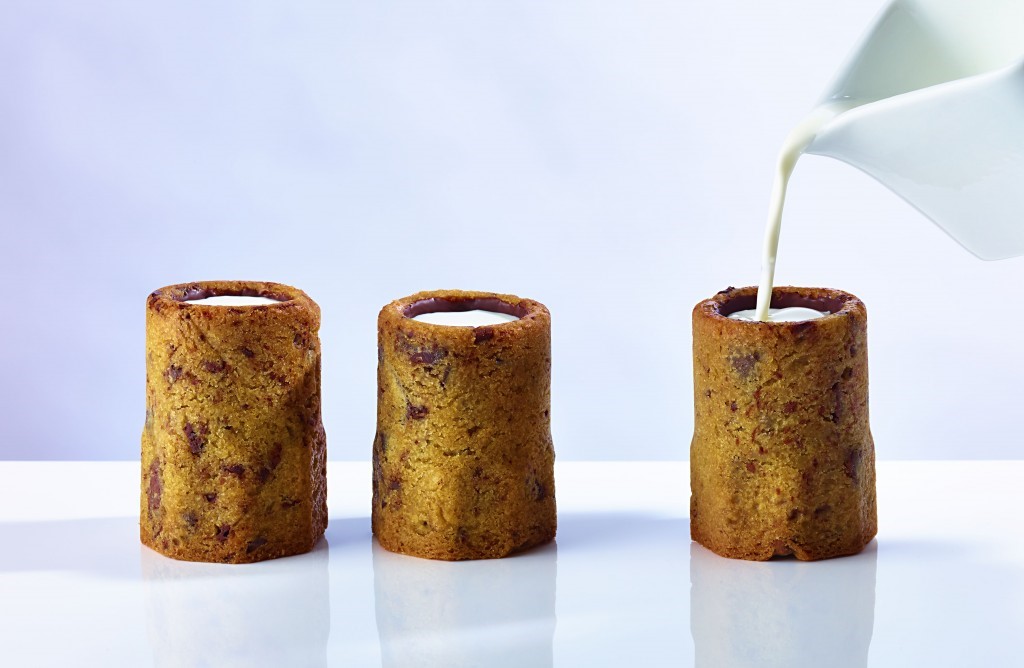 Special only in Japan

Dominique Ansel really knows how to win his customers’ hearts with limited edition menus only available within certain countries. If you have the chance to drop by the Japan stores, don’t forget to try some of the exclusive dishes on the menu. The most famous one might be the Pull-apart Flower cookie and the Hot blooming Chocolate, all inspired by the sakura flower. 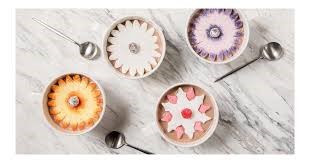 Other than that, you can try other pastries like the Square watermelon cake and the Robotic melon pan. Every piece of cake will wow you with some component of Japanese cuisine and culture. 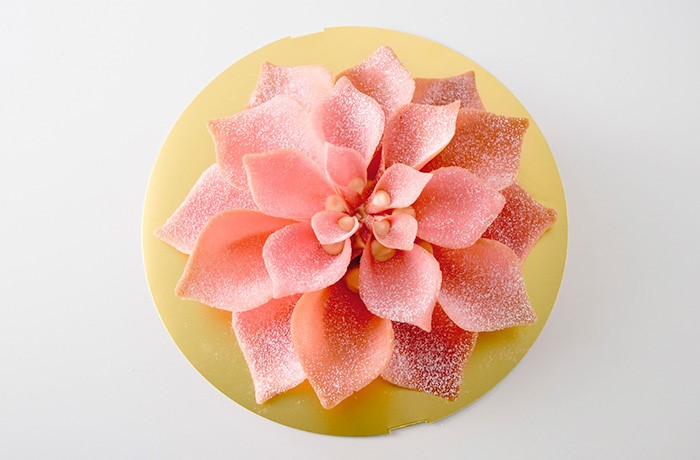 Note: The menu is different between the Ginza and Omotesando stores too, so make sure to check their website to know where they sell the product you want.

Don’t you feel excited just looking at the pictures? What are you waiting for? Give yourself a chance and visit Dominique Ansel for the palatal experience of a lifetime!