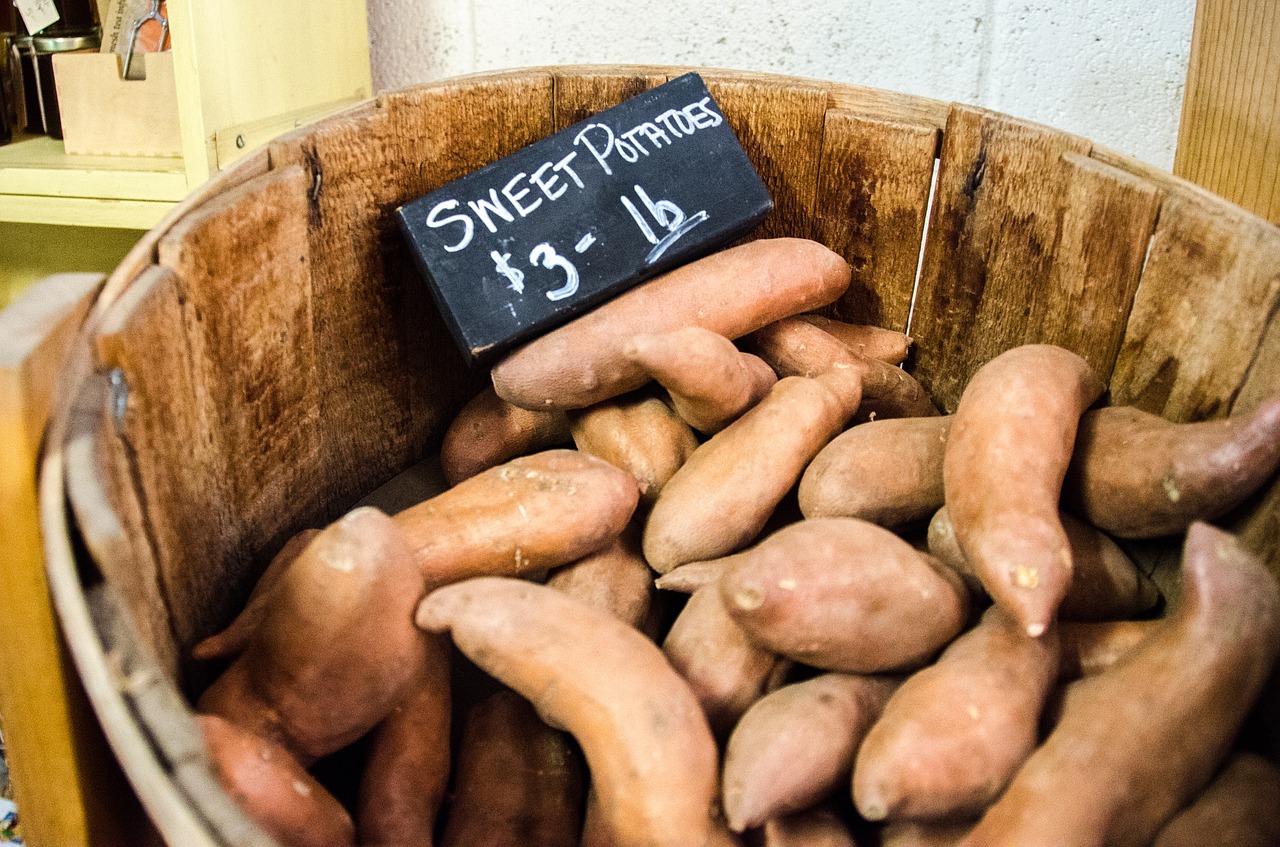 First of all, let’s see its history how it has started to be eaten in Japan.
It is said sweet potato has born in America mainly in Mexico from B.C. 800 to 1000. After that, Columbus has took it to Europe in the end of 15 century.
Then, it was spread in Southeast Asia, and it made it spread all over the world.
In Japan, it is said that it came from China around 1600.

The reason why sweet potato is called ‘satsuma-imo’ in Japanese is because it was arrived in Satsuma where is Kagoshima prefecture now. The word ‘imo’ means potatoes in Japanese. The prefecture where has the largest amount of its production is Kagoshima still now in Japan. For your reference, the country which has it is China. It passed about 400 years after it has arrived in Japan, and people in Japan love to taste it in autumn. This article introduces 3 best ways how Japanese people cook it. 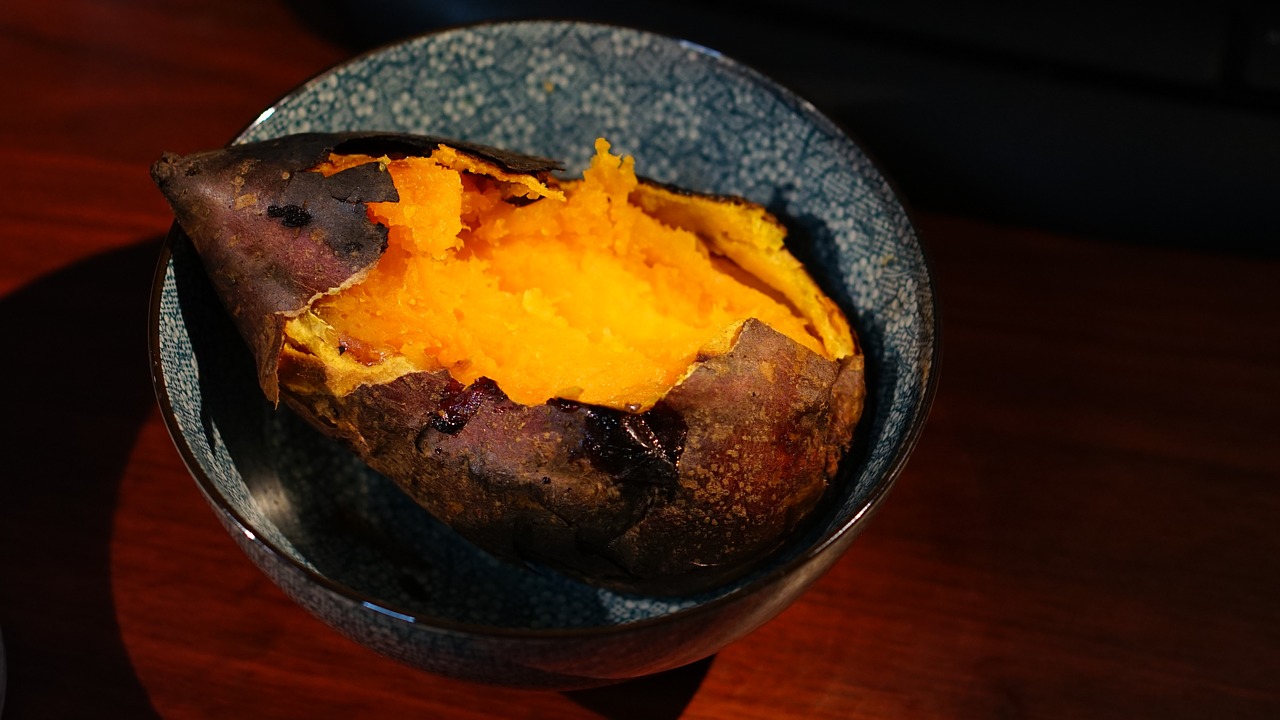 It is the most traditional way to taste sweet potatoes in Japan, and especially we call it ‘Ishi-Yaki-imo’ which is the sweet potatoes baked on hot pebbles.
The word ‘ishi’ means pebbles, ‘yaki’ means baked, and ‘imo’ means potatoes as I mentioned before.

Now let’s see how to cook it.
First of all, prepare pebbles and put them into a pot.
After that, put sweet potatoes on them, and set fire on moderate heat.
It takes time to make the pebbles hot, so you need to wait for a while.
It depends on the size of sweet potatoes, but it takes about from 1 hour to 1 hour and a half to make them cooked.
Then it means they have cooked well if you try to stick chopstick into them, and it goes through them easily.
The most important point how to cook sweet potatoes tasty is to take an enough time for about 1 hour to make them heated slowly by moderate heat.
It is not tasty at all if you make them heated by strong heat because the water in sweet potatoes is lost, and it makes them hard.
By heating them by moderate heat, the water in them is kept inside, and it makes you taste them soft.
If you would like to taste them well, you need to be careful to take an enough time to cook it.
Baked sweet potatoes are sold in kitchen cars as well, so why don’t you get them if you find the car in Japan? 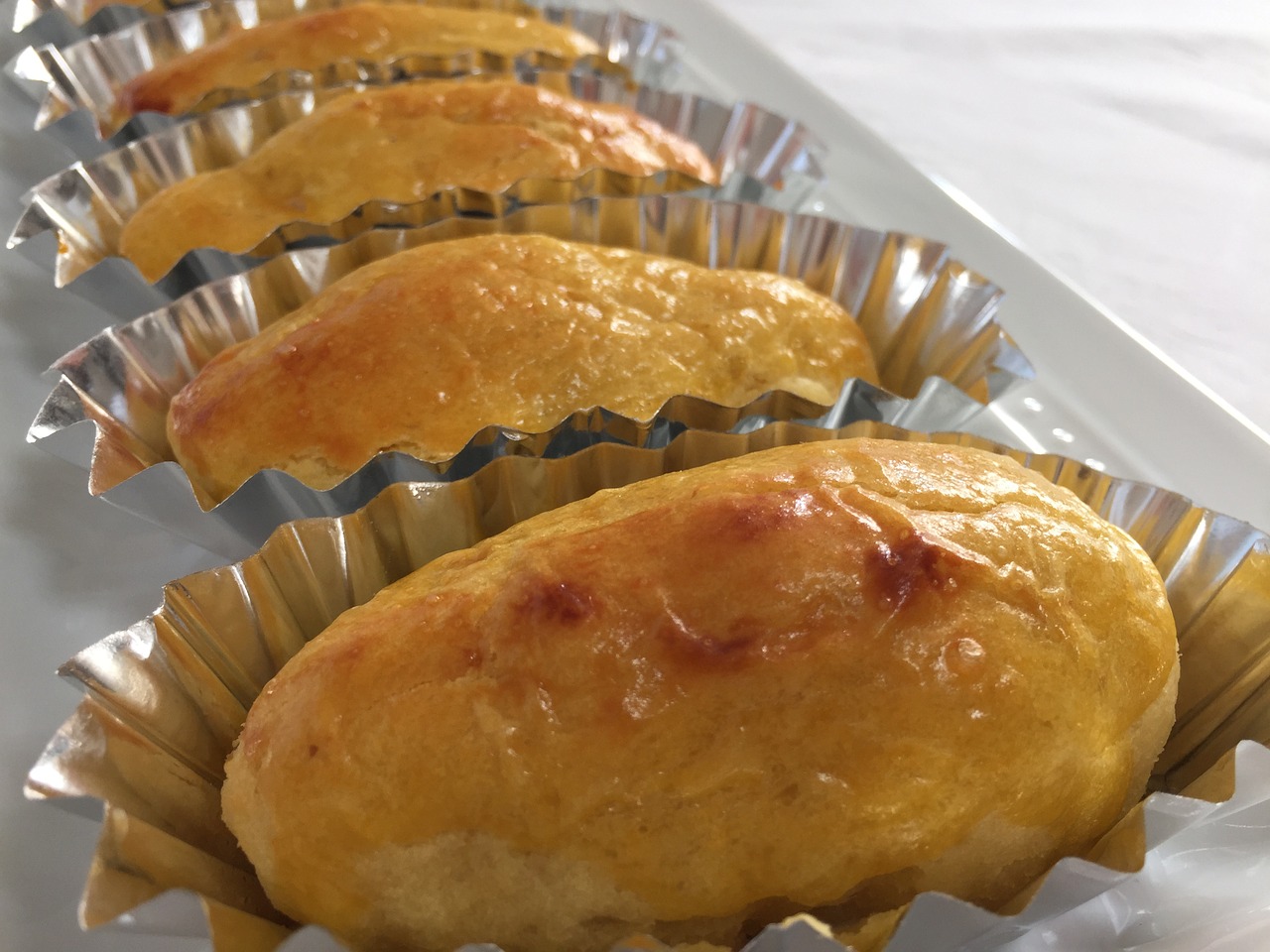 It is also very popular way to taste sweet potatoes in Japan.
It is a confection, and it tastes sweet.
Actually, people in Japan call it ‘sweet potato’, so it is very confusing.
It is the similar way to cook as a double baked potato which is tasted in America.
First of all, cut sweet potatoes and boil them in a hot water.
After making them soft, take them from the water, and put butter, sugar, and milk into them, and mix them together.
Then make shapes and put an egg yolk onto them.
Now what you need to do is just baking them in a toaster for about 5 to 10 minutes.

Finally you can enjoy another way of tasting sweet potatoes!

Did you find the best way you are interested in of tasting sweet potatoes?
Sweet potatoes are eaten very often in Japan especially in autumn, and there are unique and traditional ways to taste them.
Each way has each different tastes, so Japanese people never get sick and tired to eat them.
As you can see from the above, sweet potatoes are eaten as both side dishes and confections in Japan.
If you visit Japan, why don’t you try the various tastes of sweet potatoes?