Any night-out in Japan will feel incomplete without a quick stop at the nearest convenience store! Wondering why? Konbini are the ultra-convenient stop, and contain pretty much everything you need! Check out what you can do in konbini here! 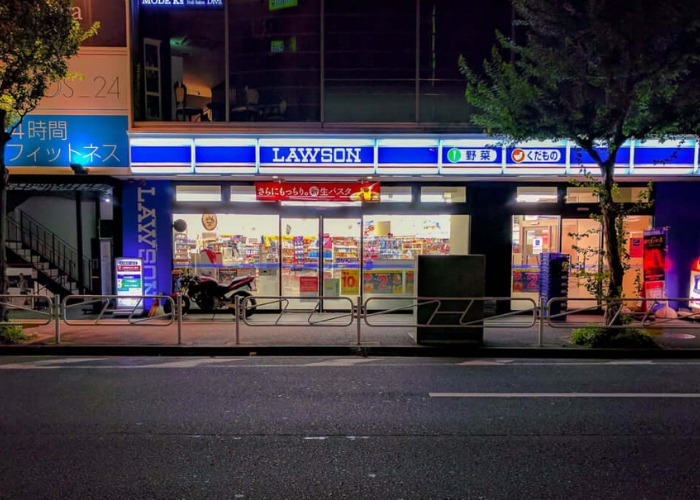 And, in konbini, there are many kinds of mixers and alcohol that are a cheap solution to bars that might overprice Japanese alcohol. There are countless options available with a significant selection of sake, drinks, beer, and shochu that can be overwhelming.

Alcohol Beverage Location in the Konbini

But first of all, let’s grab some information that not all Japanese will tell you. There are two areas where you can purchase alcoholic beverages in konbini: the refrigerated area, called the ‘reizo corner’ (冷蔵コーナー) and the non-refrigerated area, called the ‘jyoon corner’ (常温コーナー). You can find cold drinks such as chuhai and beer in the reizo corner. Whereas, Japanese sake, shochu, whiskey, wine, and other spirits are available in the jyoon corner. 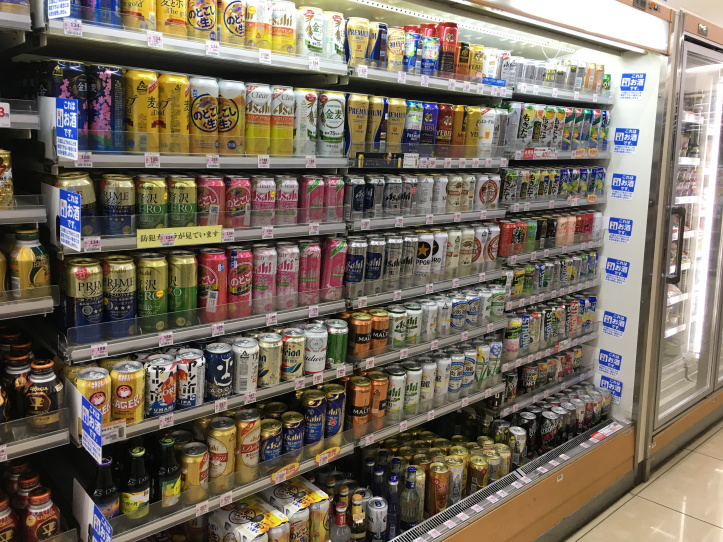 Cheers for the astonishing konbini system of Japan! And now, the classic konbini drinks you ought to know are listed down below! 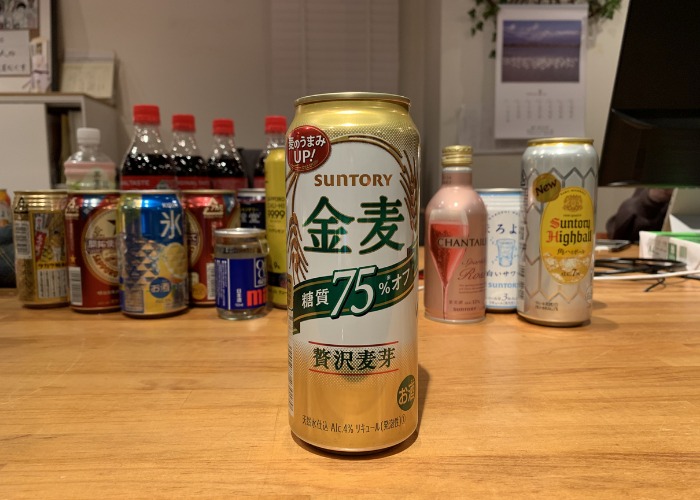 Konbini Beer fun fact: You can even get craft beer and non-alcoholic beer as well at the konbini!

Where to Drink Japanese Craft Beer in Tokyo?

Let’s kick off your night out in Japan with chuhai first of all! The word “chuhai” is an abbreviated form of “shochu highballs” – soda water combined with a shochu base. 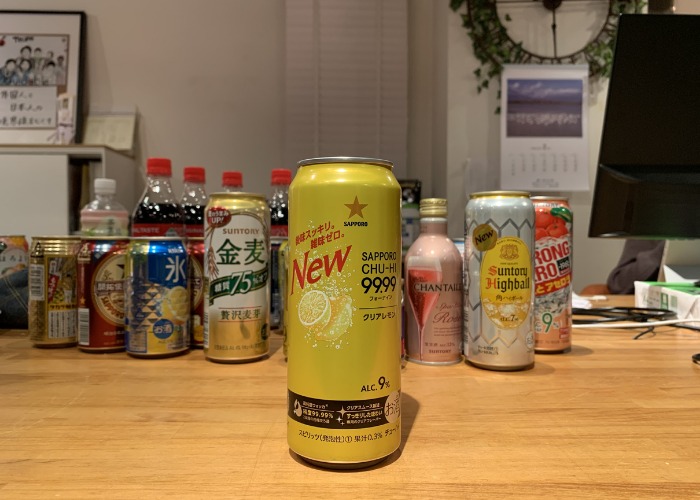 In Japan, konbini sell canned chuhai, which are not widely found in bars or restaurants, in several different flavors. Typically they are in vibrant and colorful cans with various flavors that range from lime, lemon, pineapple, and grapefruit!

Chuhai fun fact: In Japan, chuhai is one of the most common cocktails you will find!

Any chuhai you find with a high ABV-typically 7-9 percent-and zero sugar content is the legendary Strong Zero – Japan’s unique blackout cocktail. It’s a cocktail bomb in a can, so be careful, it’s not supposed to be taken highly! 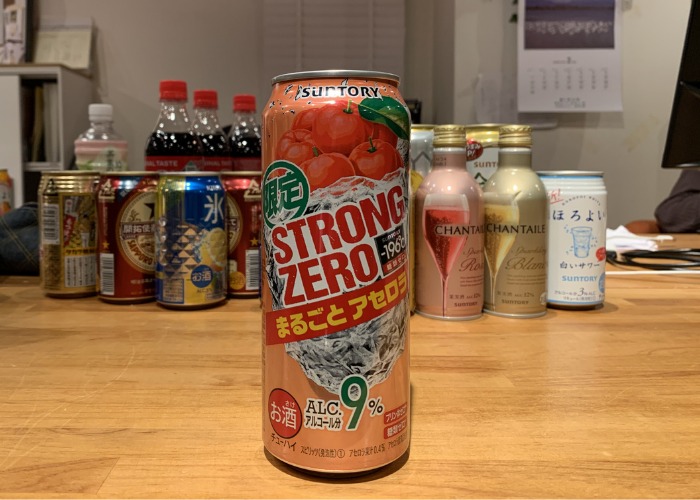 Strong Zero fun fact: Because of just one or two of these little devils, many foreign travelers have succumbed to drunken nights in Japan!

The horoyoi is a lighter, sometimes milkier chuhai for a softer member of your party. Horoyoi is blends based on shochu, similar to chuhai. 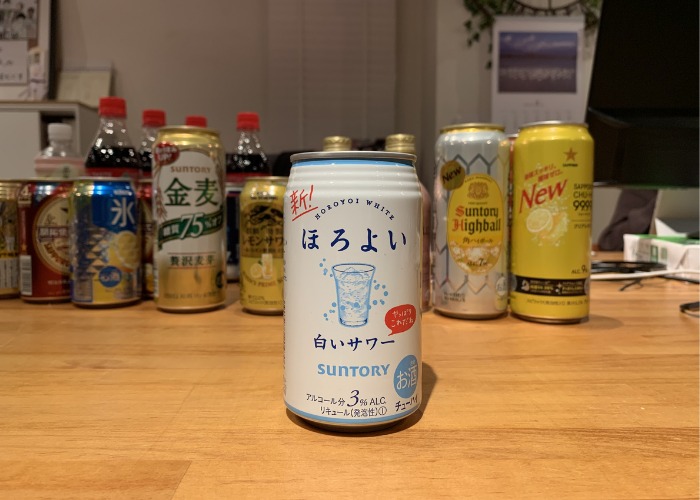 We recommend this famous Suntory drink to members who can’t handle anything higher than 3 percent alcohol. Horoyoi is also available in a variety of sweet flavors such as grape, peach, and more.

Horoyoi fun fact: Imagine a combination of calpis and chuhai, and you’re going to have a good idea of what the soda flavour horoyoi tastes like.

In Japan, this classic combo of whisky and soda water is commonly consumed. Highballs are not sweet, but if you are trying to keep sugar drinks and beer away from your evening, it’s the ideal drink! 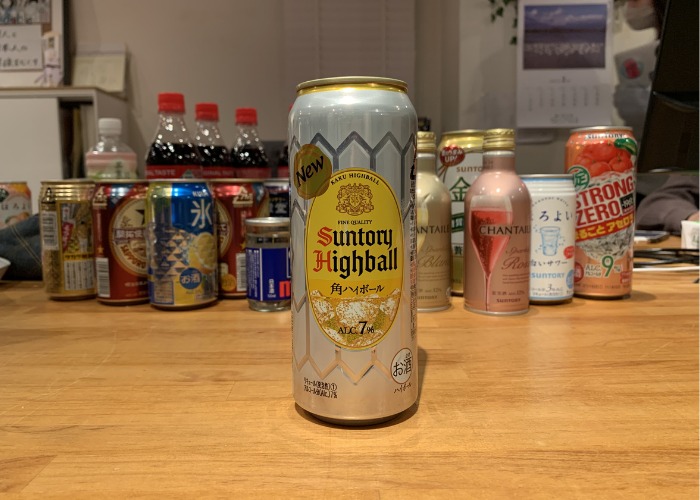 Highball fun fact: After being featured in the Lost in Translation (2003) movie and after accomplishing the title of ‘best single malt whiskey in the world‘ in 2015, Japanese whiskey has earned tons of recognition. The Suntory Whiskey is a popular and classic blend. You can still get Suntory Whiskey Highballs, which are also available in cans in konbini if you don’t like whiskey on the rocks!

Without some good old fashioned sake, it wouldn’t be a Japanese convenience store! In the konbini’s chiller, as well as mini bottles in the jyoon corner, you’ll find single-serving sake! 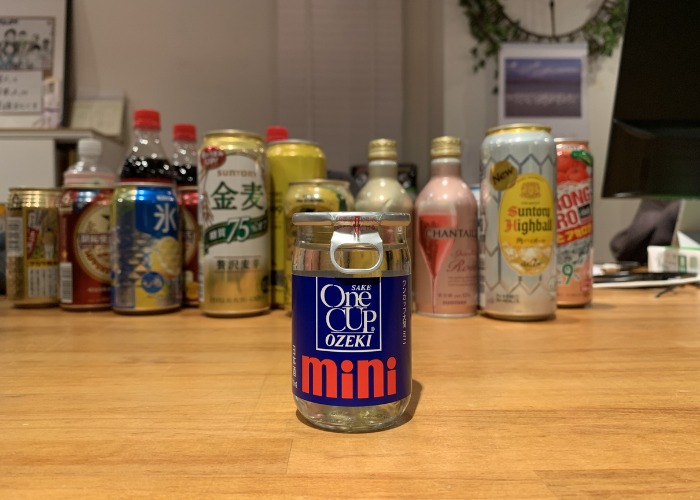 The first version of this innovative and convenient single-serving cup of rice wine was originally debuted at first at Olympics Tokyo 1964 and remains popular with older generations.

One Cup Ozeki fun fact: You could even find warm sake in the warm beverages section during the cooler months. 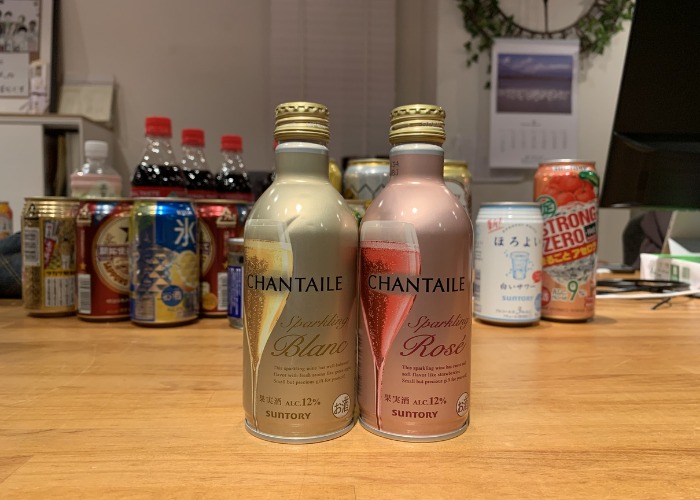 Screw-cap and a delicious taste, this sparkling beverage is the perfect drink for your picnic trip during summer! Available in white and rosé.

5 facts you must know about Kanpai for cheers in Japan!

Follow @guidablejapan for your daily dose of Japan 🇯🇵