What Is The Most Cost-Efficient Fast Food In Japan?

Normally when the topic of fast-food restaurants comes up, most readers probably think about things like burgers, french fries, fried chicken, and restaurants such as McDonald’s, KFC, Burger King, Mos Burger, and so on. But, have you ever tried Japanese fast food?

What Are Most Cost-Efficient Fast Food Chains in Japan?

There are many types of fast foods in Japan. Most of them are cheap, quick, delicious, and have a high energy content! However, the most well-known fast food item in Japan is the ‘beef bowl’ (牛丼 gyuu-don). Gyuu-don is a Japanese-style dish consisting of rice, topped with beef and onion simmered in soy sauce, dashi (fish and seaweed stock), and mirin (sweet rice wine).

You can add any toppings you want from the menu, including choices such as kimchi, green onions or cheese, but the most delicious topping, in my opinion, is raw egg. Eating the rice along with the raw egg and beef in one bite is delicious. The raw egg goes well with other toppings too while it is common for a hot miso soup to come with a gyuu-don set too. 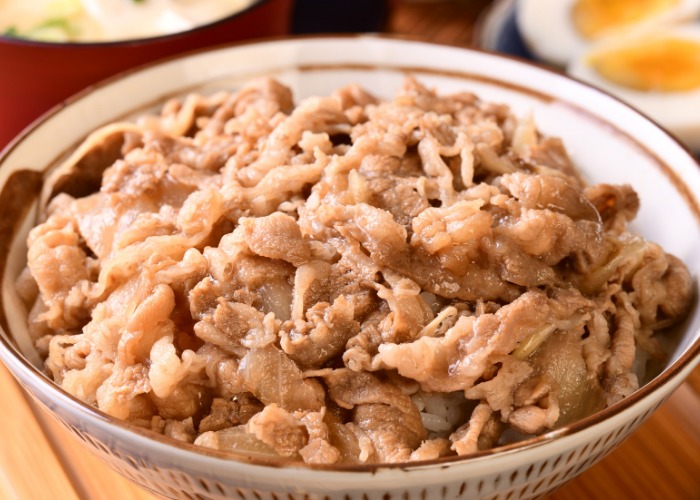 During the winter, gyuu-don with a hot miso soup is the best. Gyuu-don restaurants in Japan usually take less than 10 minutes, even during rush-hour, to prepare meals for their customers (they are often really crowded during lunchtime because they are usually full of salarymen).

Fast food restaurants in Japan have saved my life more than once because they are cheaper than other restaurants. Furthermore, fast food chains are mostly open 24-hours or at the very least until late at night (around 3 AM). This means that you are able to find cheap and quick hot meals whatever the hour.

Once, I went to join a Halloween party with my friends and we stayed out until late one night (well past the last train of the day) which is when I would usually go to karaoke with my international friends and stay overnight. On the way there, we stopped by a fast-food restaurant for a meal. I was so surprised because there were still customers there who were there having either a super late-night meal or a very early morning meal!

Most female students said that they didn’t go because they did not want to eat alone in a fast-food restaurant, but they didn’t mind going if they went with their friends. Some also said it was awkward to eat among older salarymen while some of them told me that they prefer to eat at other places like cafes instead.

There are many gyuu-don portion sizes, starting from mini portions, up to super-sized servings, however, we’ve chosen to order the most cost-efficient fast-food chains in Japan using a comparison of the price of a “normal” or “medium-sized” gyuu-don. (All prices are tax inclusive unless stated otherwise).

It is not only juicy beef that you get more of but also the rice in the bowl increases with each size. I would recommend for those who can’t eat as much, that you order a mini size because the portion is a lot more than you may think! 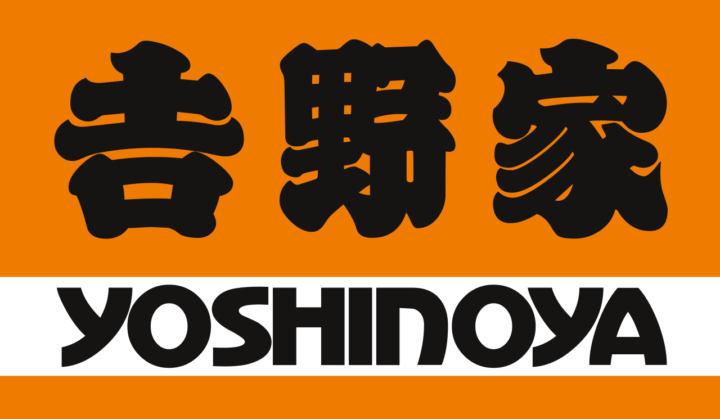 Yoshinoya is one of the most well-known fast-food chains in Japan. Their first store opened in 1899 at a fish market in Tokyo and it grew to become a chain of over 1,200 restaurants around Japan.

This means you are usually able to find a Yoshinoya on almost every corner in Japan, and even better, they are open 24 hours! 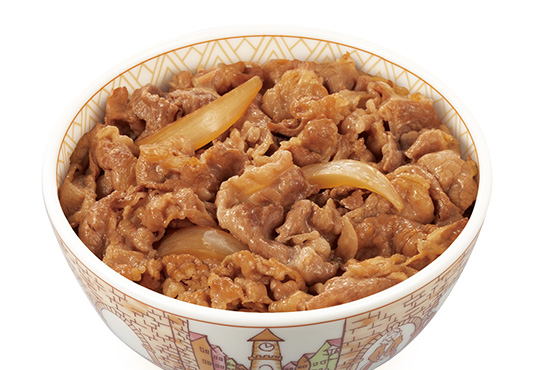 What’s more, they have several breakfast sets on their menu, which are only available for a limited period each day. The breakfast sets are offered in the morning from 4 AM until 11 AM, and it is possible to choose from the asa-gyuu set (morning beef set) and the attaka asatei menu (hot meal morning set menu).

The asa-gyuu set consists of a gyuu-don bowl, a hot miso soup, and a raw egg, but you can add anything you like from the ‘sides’ menu! You can also decide on which miso soup you would like, out of a miso soup with pork and vegetables (とん汁 ton jiiru) or a clam miso soup (しじみ汁 shijimi jiru).

The attaka asatei menu sets mainly consist of a bowl of rice, a side of beef or pork, a small salad, a miso soup, and a serving of eggs and ham or salmon.

Moreover, they also have an inexpensive “luxurious” menu which is the ‘unagi don’ (eel bowl). You can order it with miso soup or beef. The price starts at 866 yen, depending on how many pieces of eel you would like and what toppings you choose.

Finally, another special menu item in Yoshiniya restaurants, which my Japanese friends recommend, is curry rice. Yoshinoya’s curry is different from other restaurants, as it has a deliciously deep flavour when you first eat it. You are also able to choose any toppings for your curry rice, such as cheese, fried vegetables, pork, beef or a soft boiled egg.

You can see more of Yoshinoya’s menu on their website.

The most popular gyuu-don restaurant in Japan is Matsuya. They sell tasty and cheap gyuu-don to their customers. When Matsuya first opened in 1980, it started from as a small ramen shop. They tried to make their customers happy by charging a reasonably low price and creating delicious meals which eventually developed into their famous gyuu-don. 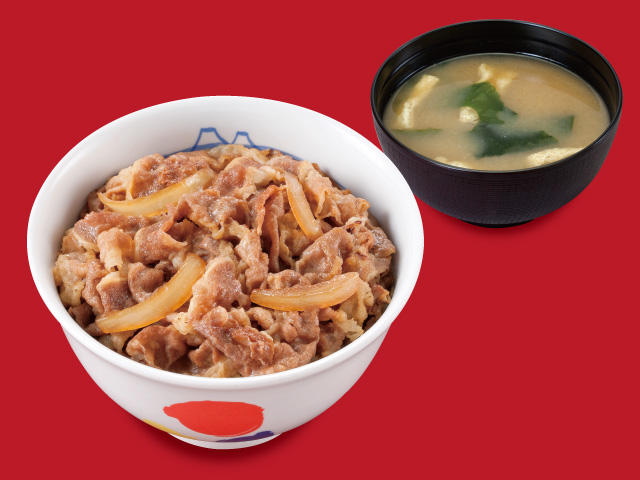 A medium-sized serving here is 380 yen and contains 693 kilocalories. Like Yoshinoya, Matsuya also provides miso soup when ordering a set meal, but you aren’t able to get miso soup if you are taking-out unless you pay an extra 60 yen for takeaway.

Some items on the menu can be ordered for takeaway. My recommendation from their menu is the beef bowl with spicy sauce, extra green onions, and an egg. Green onions go very well with beef and rice, especially with juice from the egg yolk. Eating the green onions with the beef is the best part of this meal, you have to try it at least once (or twice!).

There are also breakfast sets available at Matsuya. The prices start from 290 yen and go all the way up to 490 yen. The breakfast sets usually consist of rice, hot miso soup, a raw egg, and natto (fermented soybeans) but can also include things like salad, sausages, salmon and seaweed.

Even better, Matsuya also has curry rice on the menu too! Matsuya’s curry rice is another must-try on the list because their use of premium ingredients makes their curry soup deliciously full-flavoured.

See more of their menu here! Chinese and Korean versions are also available. 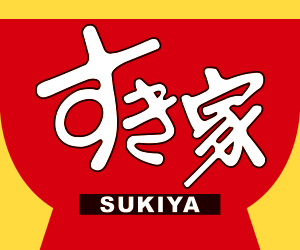 Sukiya is the largest chain of gyuu-don restaurants in Japan. It has more than 2,300 restaurants throughout all 47 prefectures in Japan. Sukiya’s motto is ‘save time and money’.

Fun fact: Even during the 2003 ban on American beef, Sukiya didn’t stop serving gyuu-don and instead switched to Australian beef, unlike Yoshinya. At that time, the Japanese government decided to ban the import of American beef as a case of Mad Cow Disease, which can be fatal to humans, was found in the United States.

At Sukiya, a medium-sized serving is 350 yen and has 733 kilocalories, however, this price is for the gyuu-don only. If you want to make it a set and include items such as miso soup, raw egg, cold tofu, or salad, you will have to order them as side dishes. The price of these start from 130 yen up to 300 yen.

Sukiya’s beef bowl has more toppings than other fast-food restaurants in Japan. They not only have the standard green onions and raw egg, but also sides such as kimchi, okra, fried garlic, grated yam (山かけ yama kake), and mustard leaves with pollack roe and mayonnaise.

My recommended dish from Matsuya is the beef bowl with a mustard leaf, pollack roe, and mayonnaise. I could not believe that pollack roe could go so well with mayonnaise and juicy beef! The first bite was delicious!

Likewise, they also have curry rice on the menu. Sukiya’s curry rice is rich in flavour with tender pork, large-cut sweet carrots, and potatoes. Customers are able to choose various kinds of toppings such as cheese, simmered beef, and soft boiled eggs, which makes it is easier to make the perfect combination for you.

Tuna bowls are also an option at Sukiya. A tuna bowl is a bowl of rice topped with sliced raw tuna or minced raw tuna. There is also an inexpensive seafood bowl available (海鮮丼 kaisen don) available at Sukiya.

Please check out the other delicious meal options from Sukiya using here. English and Chinese sites are also available on their website. 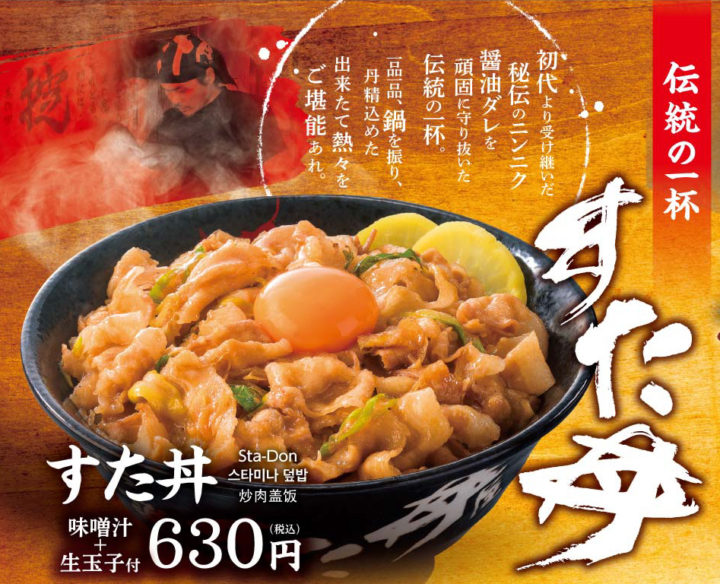 A medium-sized serving here is 630 yen, however, I could not find the exact number of kilocalories.

The food portions at Sutadon is different from other restaurants. The smallest size costs 530 yen and adding rice costs 120 yen. Adding meat costs 160 yen and adding both meat and rice costs 280 yen. In my opinion, the smallest size was enough for me and a medium-sized serving may be too much for those with smaller appetites. I could not finish a medium size even though I was super hungry.

Their pickled radish goes well with the gyuu-don, but if you’re looking for more flavour, they also have minced garlic on the table, which I recommend you try with your beef bowl and an egg with rice. Gyoza is also on the menu here! It costs 180 yen for 5 pieces and 260 yen for 10 pieces. Sutadon is open from 11 AM until 3 AM the next day.

For those who become regulars, this restaurant has a point card for customers to collect after having their meal. 1 beef bowl earns you 1 point!

Find more from Sutadon on this website. English, Chinese and Korean translations are written under each item.

Fast Food in Japan Is Delicious

In comparing the price, food portion, and kilocalories, I’ve come to the conclusion that the most cost-efficient restaurant would have to be Matsuya. Sukiya is cheaper when ordering the gyuu-don alone, but their prices do not include miso soup as the majority of the others do.

Please enjoy inexpensive, quick, and delicious meals from these fast-food restaurants in Japan. You will be able to save money and time for more adventures in Japan!

Tips To Save Money on Food in Japan