Why Do Japanese People Eat Unagi During Summer? | Guidable

Why Do Japanese People Eat Unagi During Summer?

Do you like unagi (Japanese eel)? Have you ever tasted it before?

People in Japan often eat it, especially in summer. They love to eat it as ‘kabayaki’, glaze-grilled style. There is even a day at the end of July called ‘doyono-ushinohi’ which is the day when Japanese people eat unagi. Doyo is the word given to the 18 or 19 days before the beginning of each season and is a time of change. Ushinohi is the day of the Ushi (Ox) of the Chinese zodiac and so ‘doyono-ushinohi’ means  “Day of the ox in the seasonal adjustment period.”

Why is there such a custom and when did it start?

Maybe there are many people in Japan who follow this custom without knowing the origin and the reason. This article will explain when people in Japan started the custom and why unagi is eaten in July. 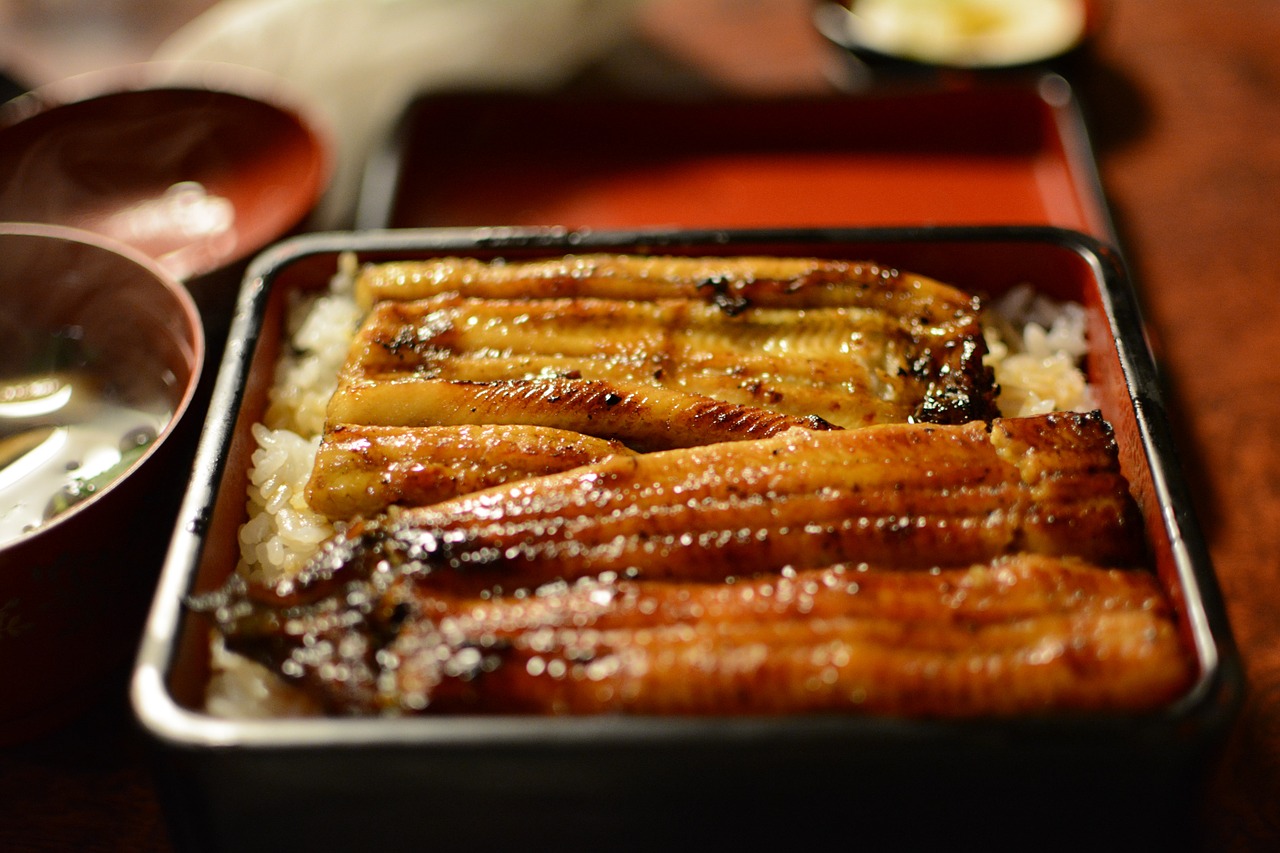 Why do Japanese people have unagi in summer?

There are a few reasons Japanese people love to eat it during the hottest season of the year.
First of all, unagi is very nutritious, filled with protein, calcium, and various vitamins to keep up stamina in the hot months. It is said people in Japan eat unagi for the nutrients and this is even written in the ‘man-yoshu’ (Japan’s oldest anthology of poems). But during these times, the season when people ate unagi was unclear. According to ‘showa-shi’, an old Japanese book, Japanese people started to eat unagi in the summers of 1722 to 1788.
Around that time it became clear unagi contains a lot of vitamin A, which is beneficial in overcoming the summer heat.

There is another rumor some people believe to be the origin on this custom. This is the theory that Hiraga Gennai, a famous inventor, and professor of the Edo Period initiated the custom. It is said he gave advice to his friend, an unagi restaurant owner with dwindling sales, to draw a sign on his shop saying that ‘doyono-ushinohi’ is here so it’s the perfect time to eat unagi. At ‘doyono-ushinohi’ it was believed eating food beginning with ‘u’, would help with the suffering of summer fatigue and heat. 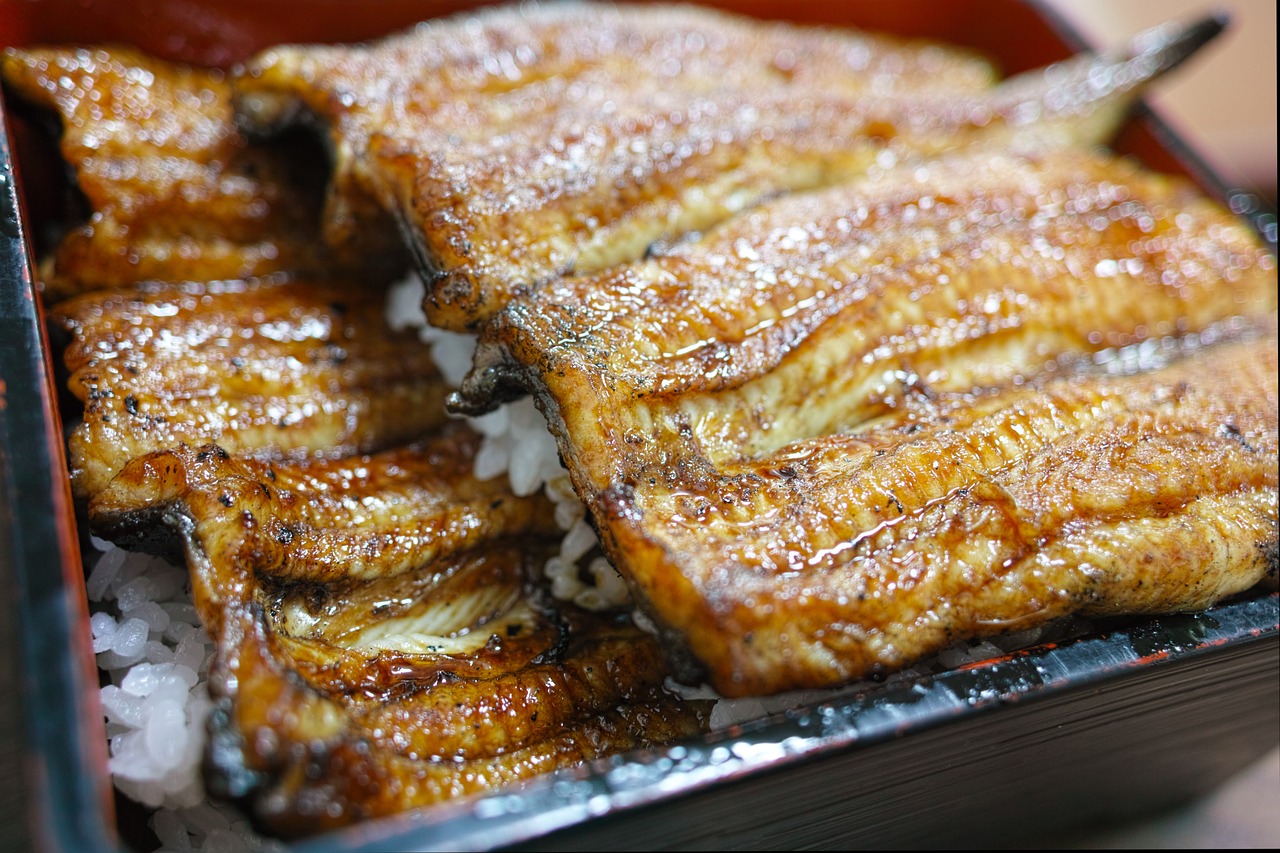 Why do people keep following the custom?

Japanese people still eat unagi in July even now because of this custom started from all those years ago. Unagi contains plenty of nutrients to help combat summer fatigue.
Also because it is expensive compared to other fish, it can be seen as a special treat, eaten on a specific day. There are not many people in Japan who can eat it in their daily life, so it is viewed as a luxury. Other nutrients in unagi stimulate the appetite, another reason to eat it in the summer when people lose their appetites. The main nutrients which are contained in it are vitamin A, vitamin B1, vitamin B2, vitamin D, vitamin E, DHA, EPA, calcium, and iron.

There is a different opinion as well.

A professor now says we cannot accept the purpose of eating unagi in summer solely lies in its nutrition because there are so many nutrient-rich foods in Japan nowadays, we do not need to rely on unagi. There are very few people in Japan who suffer from summer fatigue due to a shortage of nutrients.

So then why do we still eat unagi in summer?

One of the reasons is unagi traders still favor the tradition of the ‘doyono-ushinohi’ day in July for their business, and supermarkets still sell a large amount of unagi during this month.  We can not only see it in supermarkets but there are also online shops selling unagi in time for the special day. 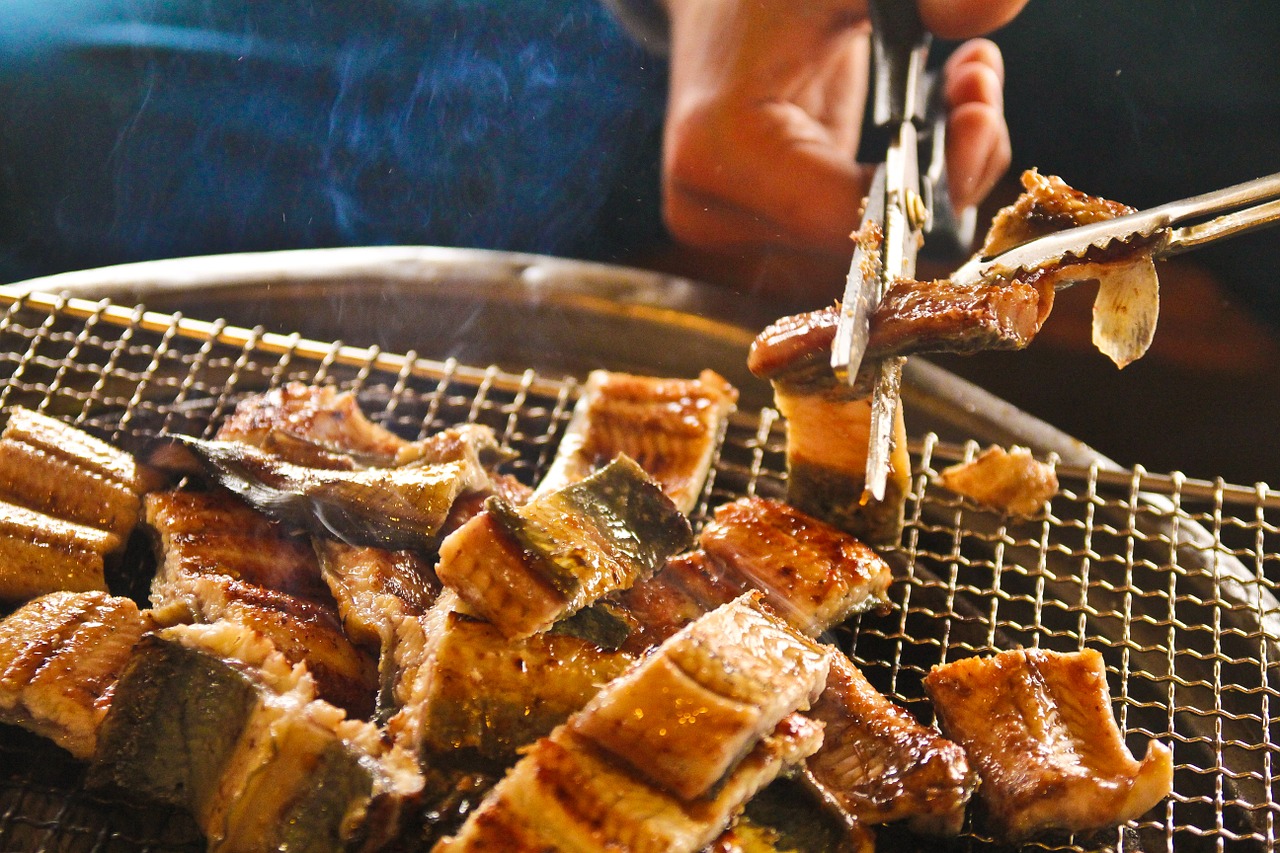 In conclusion, people in Japan used to eat unagi for the vitamins, it was known as a fish containing plentiful nutrients. People in Japan follow this custom even now, and it is still a special food with nutritious value. Due to unagi’s expensive cost, ‘doyono-ushinohi’ is a special event to look forward to treating oneself.

If you have a chance to visit Japan, I hope you enjoy searching for the best unagi restaurants to comparing the taste. One thing you should note is Chinese eel looks very similar but does not quite have the same taste. If you would like to experience true unagi, I recommend checking if it is locally sourced or not. Although it costs a lot, you will be satisfied with its yummy taste!