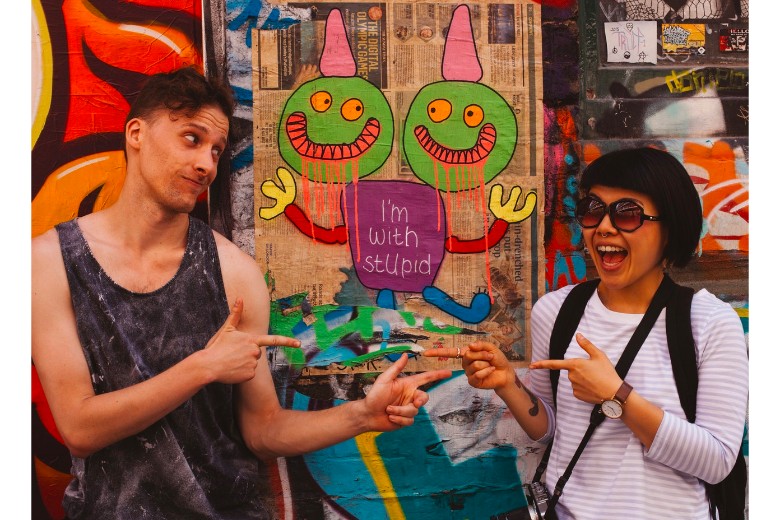 In many Japan cities like Tokyo, aside from its shrines, temples, traditional customs, and technology, the sights and sounds of its colorful and uncanny advertising will also grab your attention. Take a stroll around Ginza, the business district of Tokyo,  or at the famous Shibuya crossing, or even at train stations, and you will see huge ad spaces everywhere.

The advertising industry in Japan is highly competitive, that big and even small businesses really spend for ads and put out their bigger, bolder and more colorful billboard ads, among other marketing collaterals. It also seems like the weirder the concept of the ad is, the better!

Have you watched any Japanese television commercial just yet? If you have, what was your immediate reaction? If you haven’t, you can check out some of the coolest ones below.

I find some Japanese TV commercials weird but I don’t mean anything negative about it. Most of the time, it isn’t just the language that makes me watch the ad, again and again, to figure the message out – it’s the eccentric and humorous concept of the ad itself.

In Japan recently, there is what many locals call the owarai (comedy) boom. I even watch some Japanese comedy shows online lately. Many Japanese are drawn into these kinds of shows that even TV ads are showcasing the same comic concept that unsurprisingly tickles the market. Anything that is funny or entertaining gives a type of recall that is essential in advertising.

In the commercials you’ve just watched earlier, what were the ads that made you laugh or wonder what it was really about? Have you also observed that many Japanese commercials only subtly mention the product not until the ad ends? Most of the time, it isn’t the product that you will recall first but the familiar storyline, or music, or dance steps, which in turn help you associate these back to the product they are tagged with.

Strange these ads may seem, but they are undeniably amazing that even foreign viewers would agree so. Here are a few of our picks of Japanese commercials that are lit af.

When in Japan, you are most probably going to meet Otosan and its family. Check out some of the coolest ads featuring Otosan.

This ad of an insurance company became a viral video on many social media channels, not only because it features the New Zealand’s rugby team, All Blacks, but because of its storyline, clever visuals and effects.

The ad was a different kind of music experience, showcasing the flexibility of the brand’s newest shoe line.

I remember watching this video for the first time and I was mind-blown. I had to watch it again to figure it out.

This ad was released in the 1980s but look at that timeless facial expression of the monkey.

Every time I hear the wakudoki song, I would know it’s Toyota. Aside from this version in the jungle, there are other Toyota Wakudoki ads that became viral too.

I’m sure you have many other lit af commercials in mind and I’m sure your list isn’t limited to those you can watch only on TV. As we’ve mentioned several times before, when you live in Japan, you will never run out of things to amaze you.