The Wooden Bridge for Flood Protection

The Kintaikyo Bridge, one of Japan’s three famous bridge, is across the Nishiki River of Iwakuni, Yamaguchi Pref. This unique wooden five-arches bridge was originally built in 1673 to connect the Iwakuni Castle which was built on the mountain in front of the river and the town. The Feature of the bridge could be its architectural technique; bending wood to make arches, and no nails has been used since the original bridge was completed. Therefore, the Nishiki River was known for overflowing, and the flood washed the bridge away many times over before the Kintaikyo Bridge was built. That is why Kintaikyo Bridge became arches bridge, and it plays an important role; flood protection. Surrounding area is also developed as the Kikko Park, and known for beautiful scenery the whole year. Kintaikyo Bridge is also known for landmark of the city, and airport located in the Iwakuni Base is named after this bridge. 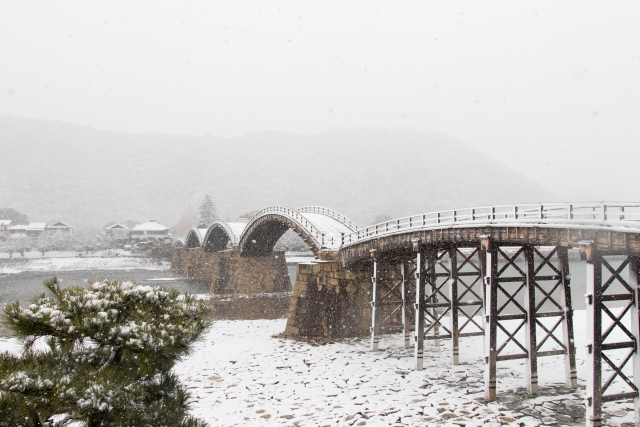 In spring, many people gathered to Kintaikyo for hanami (cherry blossom viewing). Kintaikyo Bridge and Kikko Park are also designed as one of “The Best 100 Cherry Blossom Viewing Spots in Japan”. Some of visitors comes from the west part of Hiroshima Pref. because Iwakuni is much closer than the east part of the prefecture includes Onomichi, Fukuyama, etc. Even Iwakuni is not a heavy snowfall area, it sometimes snows in winter. The snowcapped Kintaikyo is quite beautiful, but it could be 2 or 3 times a year, and it might be hard to go there because of traffic regulation etc. 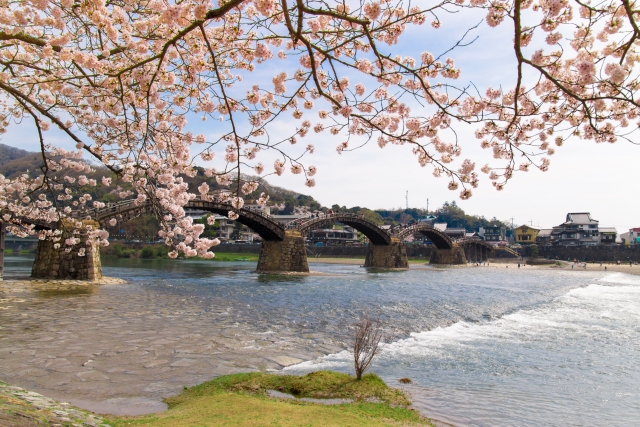 Ukai – One of the Best Activity in Summer 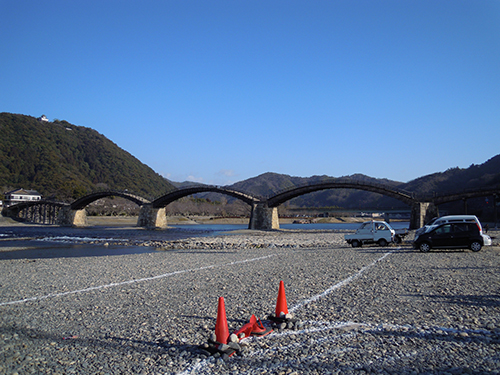 You Can Extend Your Journey from Hiroshima

If you stay in Hiroshima/Miyajima, you should extend your journey to Iwakuni! You can reach there by highway bus, bullet train, or local train (Sanyo Line). Especially it takes only 1 hour from JR Miyajimaguchi Station (you need to change for bus). Moreover, if you drive there, you would arrive in 40 minutes. On most of domestic travel guide books, Miyajima and Iwakuni are introduced together. Of course, if you will stay in other cities in Yamaguchi, you may visit there, too. You can check the detail here; kintaikyo.iwakuni-city.net/en/. 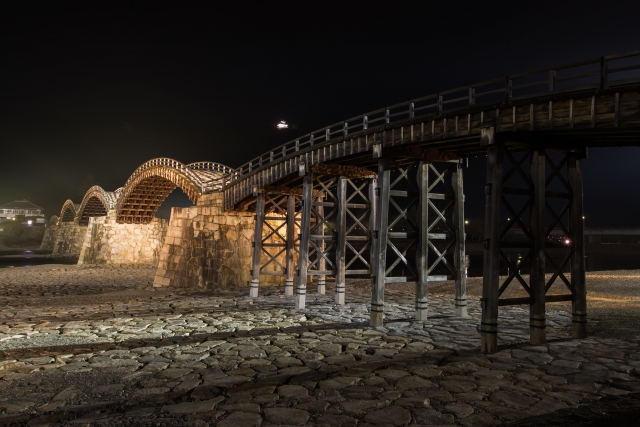