Japan is often said to be a homogeneous country, known for having a rich culture of its own but not a lot of diversity. For foreigners living in Japan, this could lead to a longing for something that feels like a piece of home, or at least something that feels fresh and new. Thankfully, there are some neighborhoods in Tokyo that are inspired by, and often inhabited by, international cultures and communities.

Neighborhoods in Tokyo Where You Can Experience International Culture 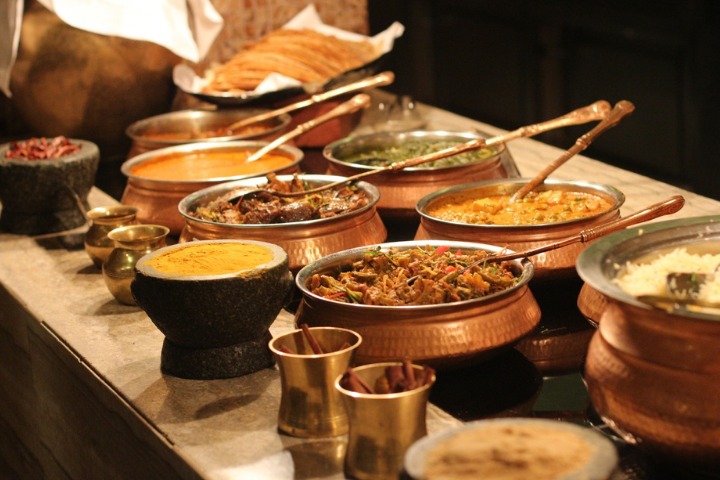 Known for its growing community of Indian residents, Nishi-Kasai is a suburban neighborhood in Edogawa, on the east side of Tokyo. For authentic Indian food at a reasonable price, Nishi-Kasai is easily your best bet in the city. Find several Indian restaurants serving curry sets, samosa, and freshly hot naan, some available in a buffet setting (such as Mumbai Kitchen, on the south side of Nishi-Kasai Station). Also, look for the many Indian grocery stores offering hard-to-find ingredients at better prices than other international shops around the city. One of the most popular options is Swagat Indian Bazaar, a favorite for its large variety of authentic sauces, dried herbs and spices, snacks, and more. 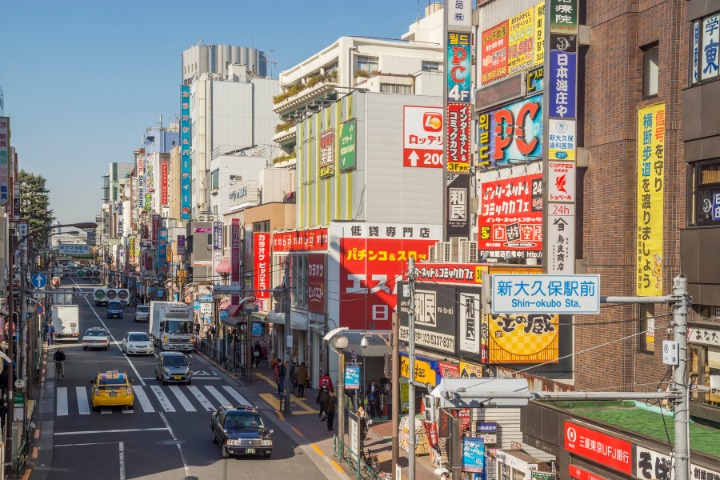 If you’re a fan of Korean food, Korean beauty, and Korean music, you can find all of the above in Shin-Okubo, located a stone’s throw away from the hustle and bustle of Shinjuku Station. In Shin-Okubo, Korean culture literally spills out into the streets, with street food stands drawing crowds of hungry customers and K-Pop playing from the shops selling skincare and Korean idol merchandise. If you plan to visit Shin-Okubo, make sure to stop by one of the many Korean fried chicken restaurants found around the station, and leave room to try trendy snacks like cheesy Korean corn dogs and hotteok, a sweet Korean pancake.

For shopping, there are many beauty shops with brands not found in other parts of Tokyo, as well as Korean supermarkets like the always-packed Seoul Ichiba. Even the Shin-Okubo branch of Don Quijote offers some Korean snacks and products not typically stocked in other Don Quijote stores. Finally, if you’re in the area, take a walk in the direction of Higashi-Shinjuku for other foreign grocery stores. If you’ve satisfied your Korean food cravings, stop by Asia Superstore for a great selection of Thai ingredients and kitchen items. 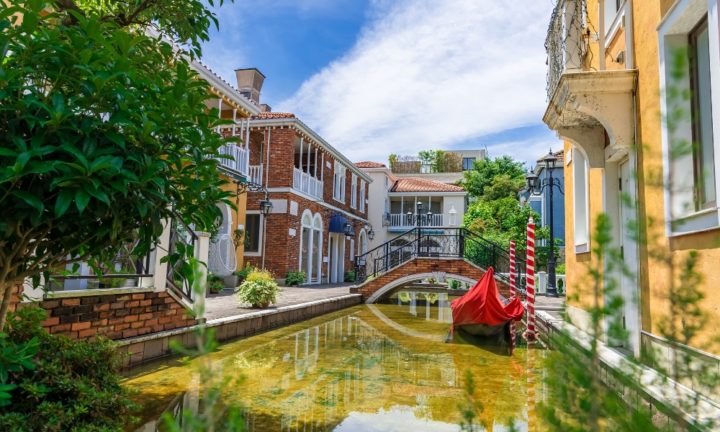 Jiyugaoka is a charming neighborhood on the edge of Setagaya and Meguro wards on the west side of Tokyo. And though Jiyugaoka still has plenty of Japanese-style izakayas and kissaten (traditional Japanese cafes), you can find a bit of European style and inspiration if you know where to look.

One place where European influence is obvious is in the sweets and baked goods found all over the neighborhood. From Jiyugaoka Station, walk in any direction and you’ll surely find a baguette shop alluring you with the smell of fresh bread or a display case filled with French pastries, each topped with a juicy strawberry.

You can also experience a taste of Europe in the streets and architecture. Marie Claire Promenade, a French-feeling cobblestone street, is the perfect place to relax with some gelato or a coffee. To truly feel like a tourist on an Italian holiday, find the La Vita shopping square, outfitted with a cute pedestrian bridge, Italian-style buildings, and a real gondola. 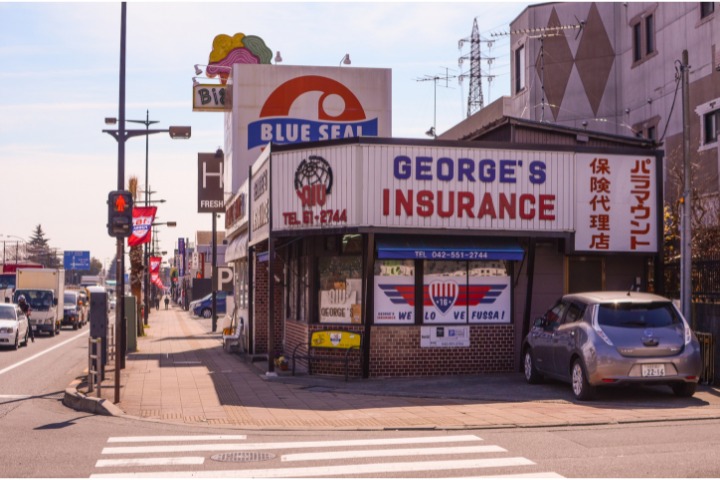 For a slice of Americana, look outside of central Tokyo. In the town of Fussa, Tokyo, you’ll find a US airbase, and the area around it is a mashup of typical Japanese suburbs and nostalgic American inspiration. Expect to find restaurants and diners serving American hamburgers, chicken wings, greasy pizza, and more. Look for a variety of western-style food spots between Fussa Station and the military base, as well as on the road lining the base.

For another US-inspired option, head just outside of Tokyo into the neighboring prefecture of Saitama. Here, you can find Johnson Town, located near another American airbase (when in doubt, go near the military bases to experience a bit of American culture in Japan). Johnson Town is a small residential development that feels straight out of 1950s-era America. Visit this quaint little neighborhood for vintage-looking houses, American restaurants, and the occasional Mickey Mouse decor. 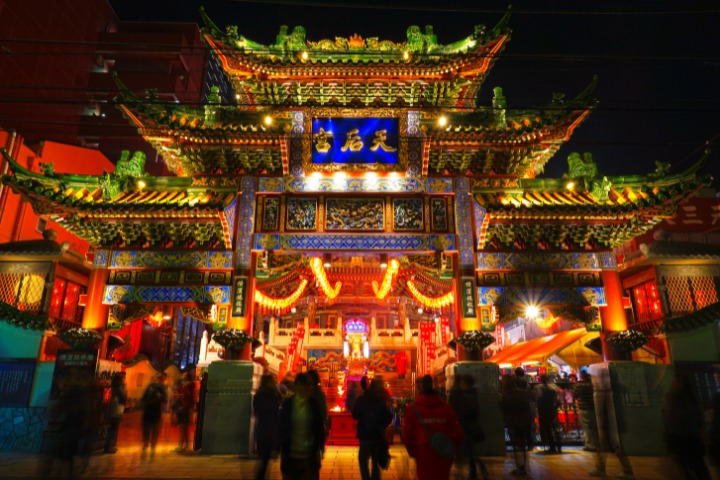 Though not technically in Tokyo, it would be remiss not to mention Yokohama’s Chinatown, the largest in Japan. Spread out over several streets, Chinatown is packed full of authentic Chinese restaurants, steamed bun shops, gift shops, and palm readers, and you can easily spend a full day taking it all in. Whether you’re looking for Mandarin food, a Cantonese meal, Sichuan flavors, or even Taiwanese dishes, you can find it all and more here. Be sure to take a photo of the colorful arch at the front of the neighborhood (next to the Sega game center) and the Masobyo Temple.

If you can’t make it all the way to Yokohama, experience Chinese culture in Ikebukuro instead. In recent years, a notable Chinese influence is popping up in Ikebukuro. On the north side of Ikebukuro Station, you can find dumpling restaurants, Chinese grocers, Chinese bookstores, and more. Wander around this area of Ikebukuro and see what shops and food spots you stumble upon in this hidden Chinatown in Tokyo. 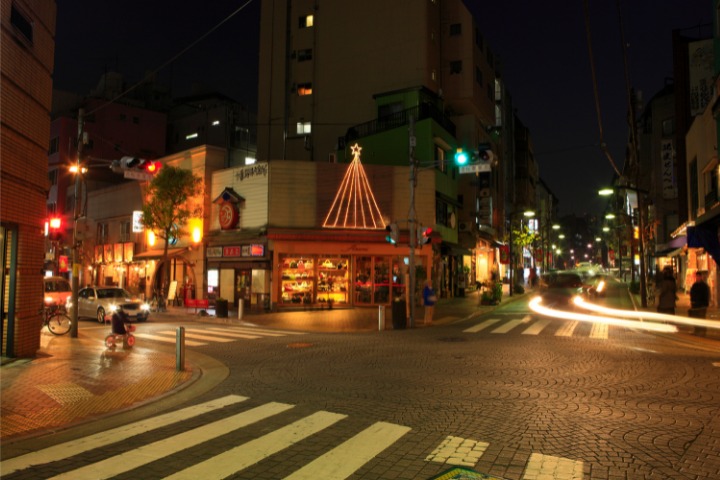 If there’s one area that is known for its foreign population, it’s the area of Azabu Juban and Hiroo. Head to this area of Tokyo, located in Minato-ku, and you’ll find a high concentration of embassies attracting many foreign diplomats and residents. Many of the city’s international schools are also located here. However, you’ll want to visit this area primarily for the food. For a wide variety of international food fitting a variety of tastes and dietary choices, visit mega grocery stores like National Azabu (located near Hiroo station) and Nissin (between Azabu Juban Station and Akabanebashi Station). Give your tastebuds a trip around the world with authentic Italian pizza, Southern American soul food, flavorful Middle Eastern dishes, and everything in between. Wander the areas around Hiroo and Azabu Juban stations for endless and always changing dining options.

Travel the World in These Neighborhoods in Tokyo

Though Japan isn’t known for its ethnic diversity, there are many neighborhoods in Tokyo where you can experience and appreciate other cultures, loved both by Japanese locals and foreign expats. From Little India to Little Europe, take a trip to one of these areas in and around Tokyo for international food, shopping, and architecture, all without ever boarding a plane.