Asakusa is a neighborhood in Tokyo which is most famous for its temples and soba noodles, but which has historically developed as a major entertainment district during the Edo Period (1603-1868). Asakusa is the center of Tokyo’s “shitamachi”, one of Tokyo’s districts, which literally means “low city” but refers to the traditional, low-rise part of Tokyo. Historically and architecturally, this means that Asakusa looks like it is completely from an older era of Japan’s past, however, due to establishment of kabuki theaters and a red light district in the later 1800s, it has upheld its popularity with locals and foreigners alike throughout the years, even boasting the site of Japan’s first modern cinema. Following World War II (WWII), Sensoji Temple was rebuilt and remains to be the most popular Asakusa attraction today. The building of the Tokyo Skytree, the tallest tower in the world, which was completed in 2012 has also contributed to a recent increase in tourists and visitors to this historical area. Asakusa, which is easily accessed on foot, is a great budget option for places to stay in Japan or for spending a day exploring some of Japan’s history and architecture for cheap! 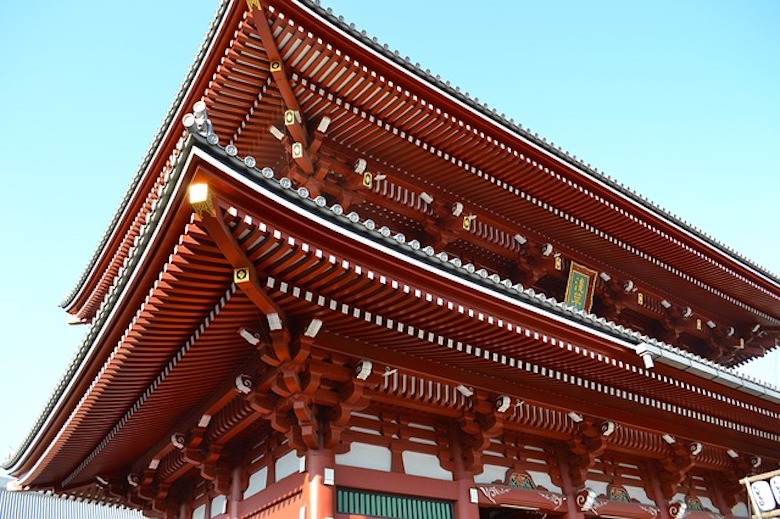 Get a view of the district and Tokyo Skytree

Start your day off with a visit to the Asakusa Culture Tourist Information Center to get a free view of Asakusa and the Tokyo Skytree across the Sumida River. This information center is open daily from 9 AM until 8 PM and offers an excellent view from the 8th floor observation deck. There is no admission fee and they also offer free Wi-Fi and charging outlets as needed. Plus, you can gain more information as well as English sources and materials before starting your day of exploration! This center is also fairly new, having opened in 2012, and also contains a café, in case you skipped breakfast. From the observation deck, try to spot Sensoji Temple and the Nakamise shopping street, as well as the more obviously prominent Tokyo Skytree and surrounding skyline. 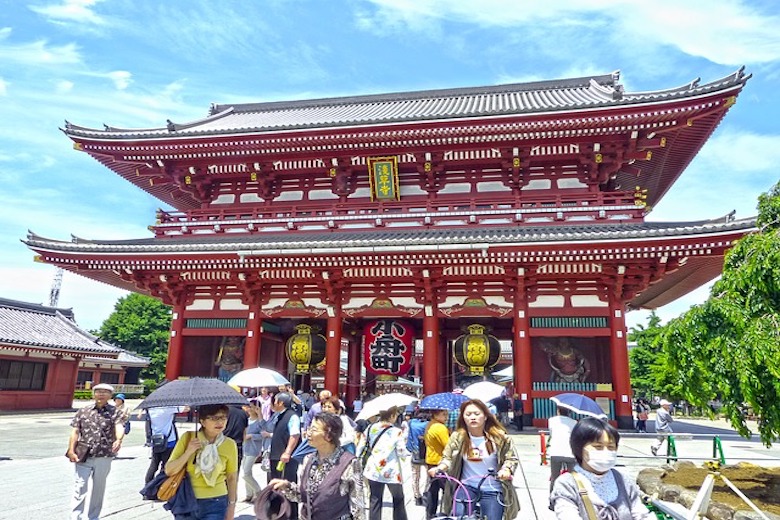 Nakamise shopping street, or Nakamise-dori, is a 250-meter-long shopping street between Kaminarimon (Kaminari Gate) and Hozomon Gate of Sensoji Temple. Make sure you pause and spend some time (and take a few photos!) at the huge lantern of Kaminarimon, as it was built over 1,000 years ago and has become an iconic must-see of Asakusa. You’ll be making your way to Sensoji Temple anyways, and taking the route on Nakamise-dori offers more than 100 shops and stalls selling souvenirs, tea, snacks, and other historically-themed Japanese items. It is a great place to shop for gifts to bring back home, or sample traditional Japanese delicacies for cheap (or sometimes free!). Take your time exploring the various little shops as you near Sensoji Temple and don’t forget, if you do sample food or find a snack you want to try, don’t walk while you eat as it is considered rude in Japan. 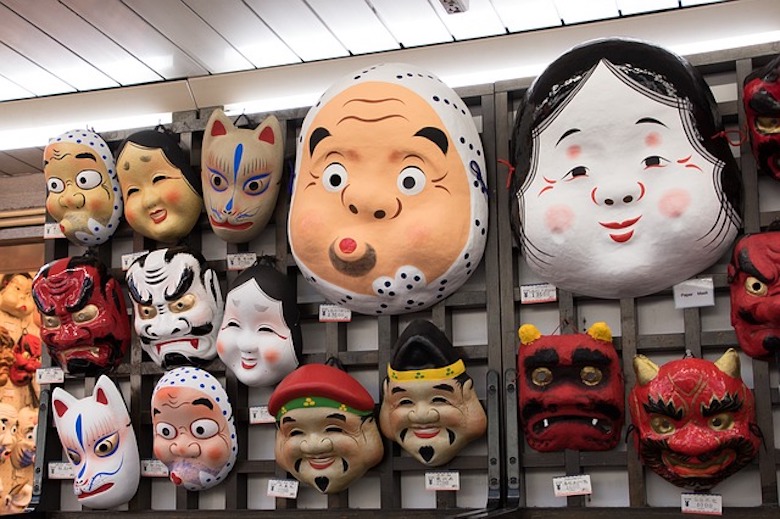 Sensoji Temple is considered to be Japan’s oldest temple and one of its most significant for Buddhism in the country. Originally opened in 645 AD, most of the structures have been rebuilt following damage from WWII and has since become one of Japan’s most photographed temples. The temple is open daily from 6:30 AM until 5 PM, but it is best to come early to avoid huge crowds. Alternatively, it’s a great place for people-watching if you have more time to spend on and around these historical grounds. While you’re there, make sure you spend an extra 100 yen to get your omikuji (fortune). You will draw a stick that will correspond to a small piece of paper containing your fortune. The tradition is that if it is a good one, you keep it, however, if it is bad, you tie it to a nearby tree so your bad fortune cannot follow you home. 100 yen seems like a reasonable price for getting rid of bad fortune! Also near Sensoji Temple, you can get “purified” for free at a nearby dragon fountain and large fire pit emitting smoke. You can use your hands to waft the smoke towards you, effectively “purifying” yourself of any ailments you may have and improving your health and well-being. 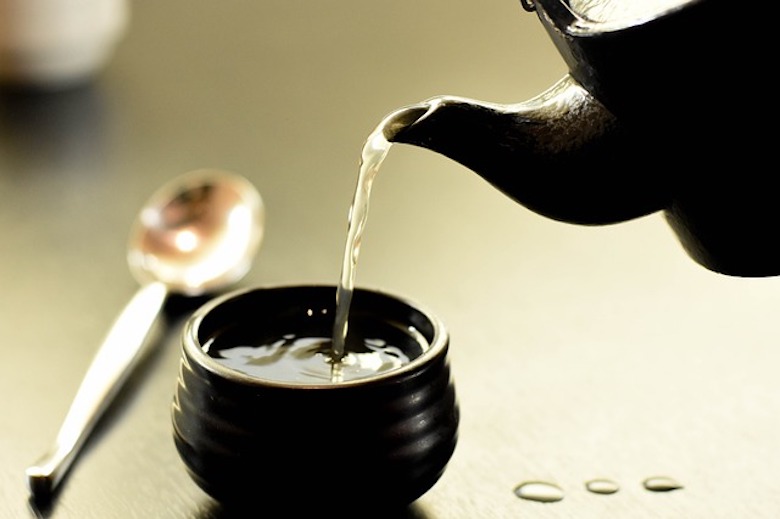 Cheap Eats and Drinks in the Area

Even though you have probably already spent ¥1000 at this point in the day, I would argue it has been well worth it, and you deserve a cheap meal or drink for your efforts! After all, you just got rid of all your bad fortune and health ailments. Asakusa is known for its soba noodles and therefore if you want to stick to the traditional Japanese theme, check out Fuji Soba for cheap, healthy, and very traditional Japanese soba noodles. You can get a bowl of plain soba for about 270 yen or check out the specials for the day, Fuji Soba regularly runs special deals for a few hundred yen per bowl. Other cheap eats in the area include Zenpin 300 yen-ya, which offers all plates for 300 yen, or affordable sushi at Sushiya Dori. If it’s a little later in the day and you are just wanting a refreshment instead, try the denki bran, a type of brandy cocktail for 270 yen, at Kamiya Bar, which opened in 1880 and is the oldest bar in Japan as well as the only producer of this incredibly unique drink, or for those with a sweet tooth, head to Suzukien Nanaya Gelato and try a scoop of what has been popularized as the most intense matcha gelato in the world for 370 yen (but don’t worry, it’s available in 7 different intensity levels and you can choose based on your preference). 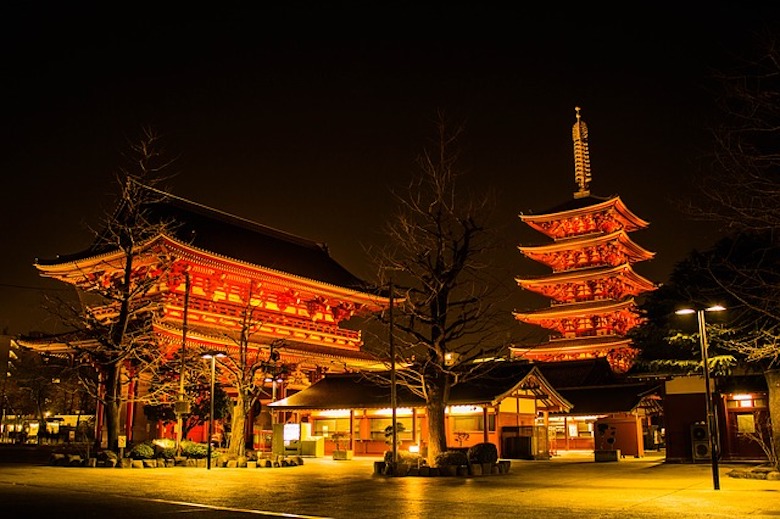 If you still have energy left at the end of your day, consider walking around nearby Sumida Park or making your way to the infamous Asahi quarters, or more popularly known as the “golden turd”. You’ll understand the name once you see it. Asakusa is one of Japan’s most historically rich and traditional areas and certainly worth spending ¥1000 (or a little bit more!) to explore and experience an atmosphere of Japan’s Edo decades.