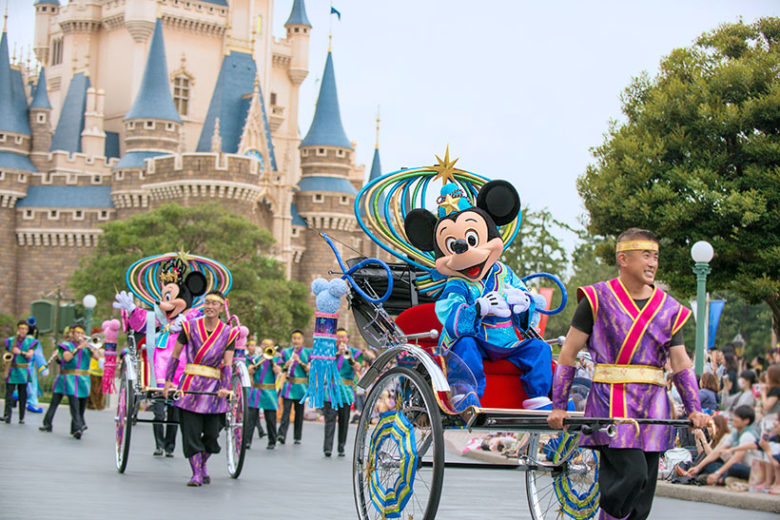 The traditional Japanese Tanabata Festival is coming! Do you know that in Toyo Disney Resort, there are much more limited-time magic to enjoy. Let’s take aloo at what you can enjoy at Japanese Festival. You can enjoy special activities at both Disneyland Resort and Disney Sea. I think you will find a lot of unique activity that you can taste only in Disney land. So let’s check it out what you can do at the festival!

Tanabata days is a traditional Japanese Star Festival and is held annually at Tokyo Disneyland and Tokyo Disney Sea June 24 through July7. During the special event, there are many decorations, short Tanabata greetings in each park, special menu and merchandise items. Some of your favorite Disney characters with special appearance dressed as Hikoboshi and Orihime will welcome you. To begin with, I will talk about what you can see at Tokyo Disney Sea!

What can you do at Tokyo DisneySea?

At Tokyo Disney Sea, there are many events that are only available at Tanabata Season. There is a special event called Tanabata Wishing that is held in the Broadway Music Theatre after Big Band Beat performance. You can buy the ticket through the official home page, or at convenience stores in Tokyo.

What can you find at Tokyo Disneyland?

At Tokyo Disney land, the wishing place and the Tanabata Greeting by Micky and Mini are the two main elements of Tanabata days. At the Tokyo Disneyland, the highlight is probably the wishing place by the dockside in American Waterfront where guest can decorate Wishing Cards. This takes place in a little spot, and you might miss it easily if you do not know where it is. You can also find a Wishing Place in the center of World Bazaar. Mikey and Minnie Mouse will ride on the rickshaws alogn the parade route and can also be spotted in a Tanabata Greeting mini parade.

What food you can taste in Tokyo Disney land in Tanabata Days?

For the food menu, you can taste the shaved ice, and almost every popular snack spot has a special shaved ice. The number of choices is pretty impressive, so you can try wide range of food in Tokyo Disney land! 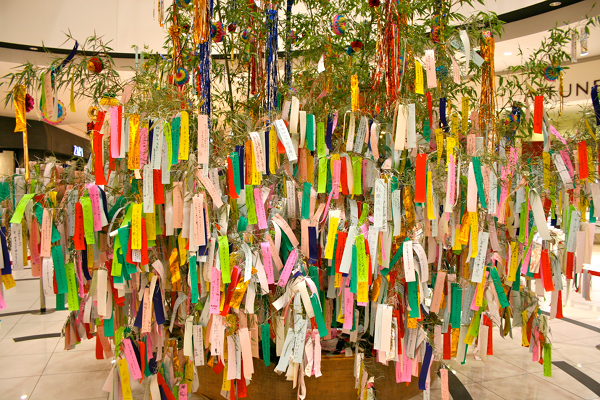 What is Tanabata day in Japan?

Tanabata is a Japanese Festival that is based on a Chinese legendary story of two lovers, Orihime and Hikoboshi. They can only meet once a year, July 7th. It is a festival and a day that are very romantic, so if you are living in Japan with your girlfriend, you might want to tell her the story about Orihime and Hikoboshi at the Tanabata day.

What is the Tanabata Story?

The Sky King used his incredible power to create a mighty river that would permanently separate the two lovers. This river is called Amanogawa in Japanese, which is called milky way in English!

So, after you have heard about the story of Orihime and Hikoboshi, I hope you can treasure the time you can spend with your beloved one, and it will be great if you can tell this story to him or her, and go to Tokyo Disney Land at Tanabata Season! It will definitely be an unforgettable time for you!

What people do in Tanabata?

In Japan, many people wish for Hikoboshi and Orihime’s happiness as well as what they want for themselves. We usually write down our wishes on oa colorful trip of paper called Tanzaku and put it on a bamboo tree. It is usually done in any department store or Summer Festival when the Tanabata Season is close. Therefore, why don’t you look for places to write down your wishes! You can do that in Disney Land too!

So, I have wrote about what you can find at Disney Land during Tanabata Season, and the story and things people do at Tanabata. Tanabata is one of the unique culture that is popular not just among Japanese local people but also Foreigners. Therefore, if you are interested in looking for more information about Tanabata Festival, check it out on the Internet! You will be able to find more information about Tanabata!