Famous Destination in the City Has No Feature

The City of Fukuyama, located in the southeast part of Hiroshima Pref. is masochistically said that “The City Has Nothing” though there is the 2nd biggest city in the pref. However, people in Fukuyama might forget Tomo district, Japan’s 1st National Park registered in 1934. There has been developed as port town since the Edo era, and well known for its nostalgic scenery. There is also known for Director Hayao Miyazaki had stayed for a while to think about the story of the movie Ponyo, and it is said that the movie is set here in Tomonoura. Therefore, there is also known for the spiritual place, and female tourists who need to be healed has been increasing lately. You might pass here even you visit Onomichi, Shimanami Expressway etc. near here, but you should know its features. 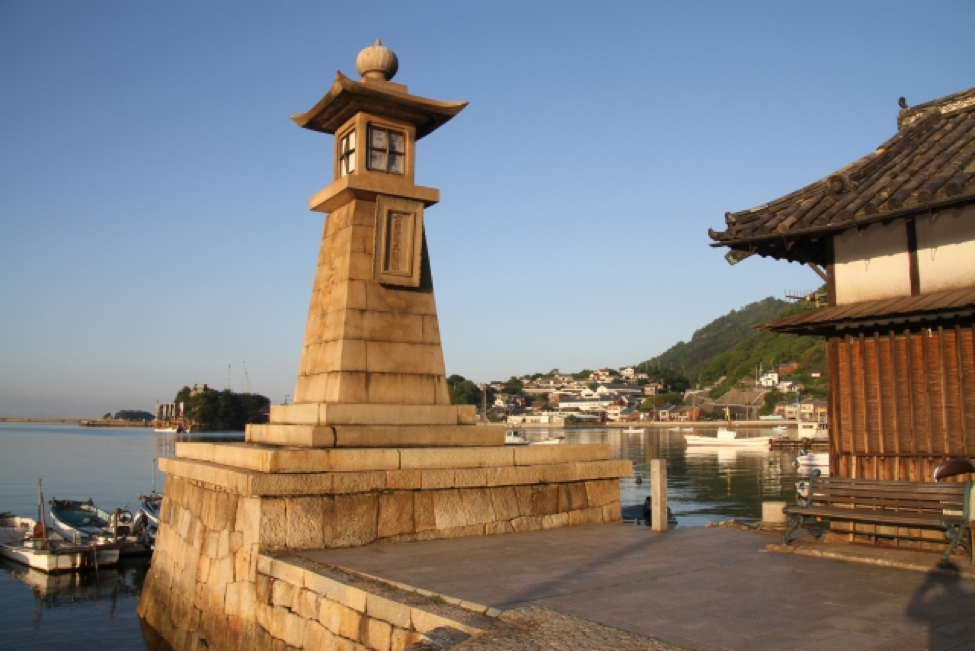 Sensuijima Island; the Place a Wizard Was Intoxicated with Its Beautiful Scenery

Even around Tomo Port aka Tomonoura has nostalgic scenery, Sensuijima, the biggest island and the symbol of Tomo is also known for its beautiful and spiritual atmosphere. Its name comes from “so beautiful island a wizard is intoxicated”. There used to be entertaining place for Joseon missions to Japan, and is known for loved and frequently visited by Imperial family since the Meiji era. Even there is now a desert island, but some accommodations and a camping site are located here, More info; tomomonogatari.com/ (Japanese only). 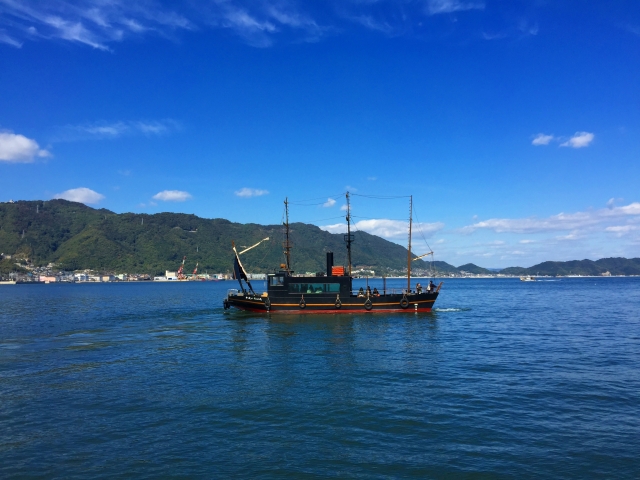 The most popular souvenir of Tomo could be medicinal sake Homeishu, which has been brewed since 17th Century. Though it is not medicine, it is said that effective for summer heat fatigue, sensitivity to cold, bleary eyes, etc. You can drink it as Homeishu and water, hot water, soda, etc. Especially in winter, it makes your body warm. Not only in Tomo, it is also available at JR Fukuyama Station and Hiroshima Airport. 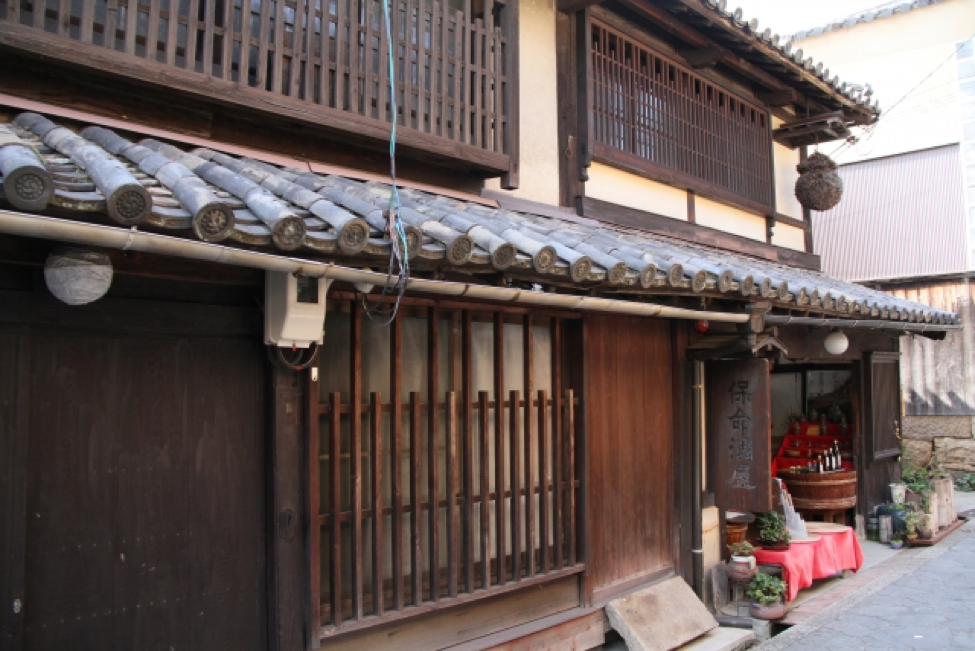 New Moon/Full Moon Salt are getting popular as souvenir of Sensuijima. The salt bag contains salt in the island. The salt is collected on new moon or full moon night when the sea is filled with energy, and it is said that the salt has special power; New Moon Salt for making your wishes come true and Full Moon Salt for purification. Because Sensuijima is called “The island of regeneration and revive”, you might get the energy from the island when you always carry these bags. They cost 350 yen each. 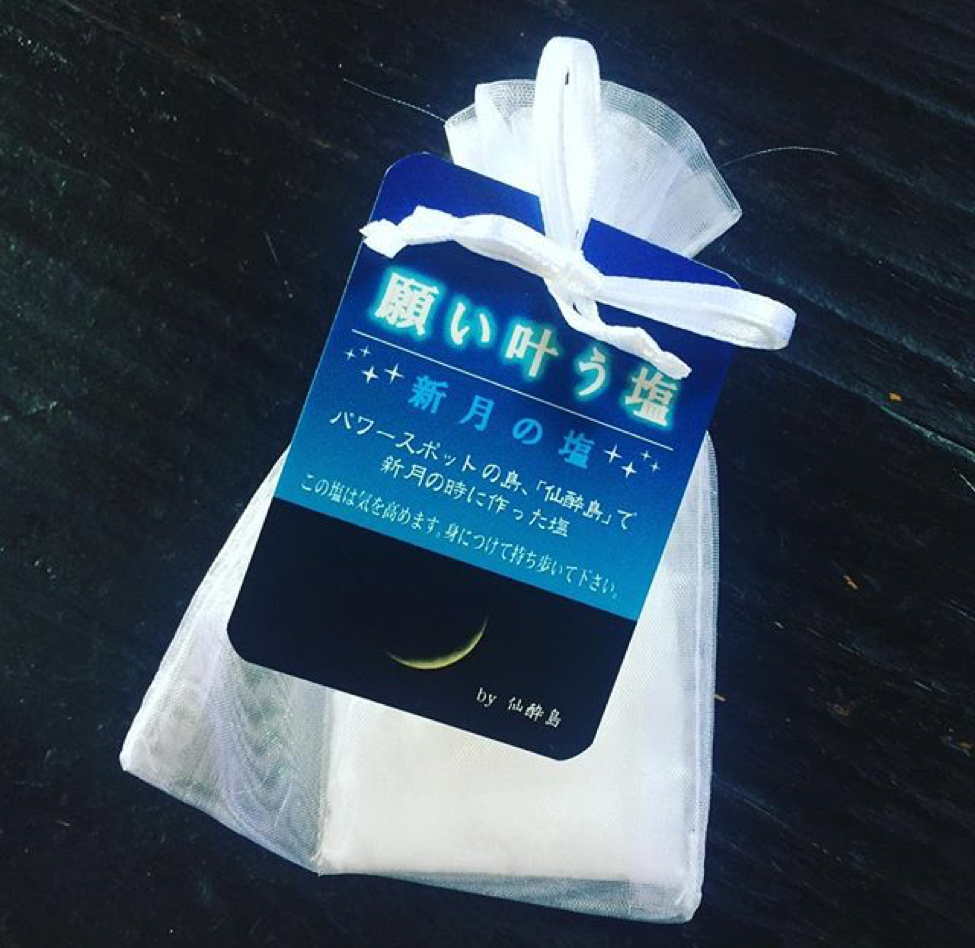