How to Ride the Train in Japan | Guidable

How to Ride the Train in Japan

Trains in Japan are one of the most reliable and cheap ways to travel in Japan. Inexpensive and always on time, the Japanese train system is renowned all over the works for its efficiency and reliability.

How Does the Train System Work in Japan? 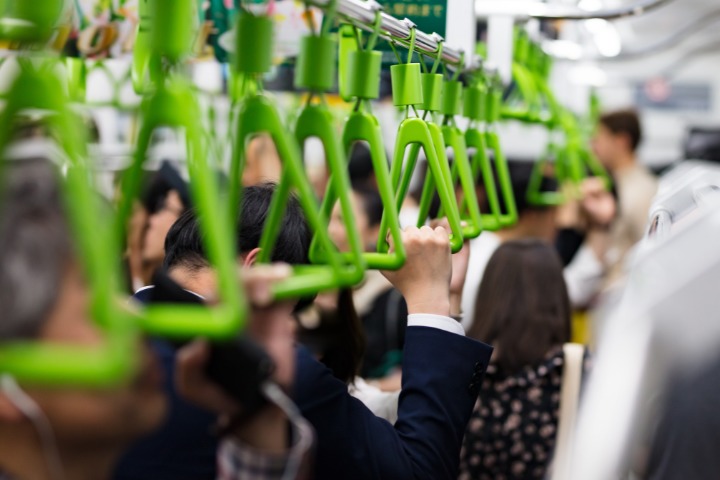 When in Japan you will have the chance two use two different types of trains: commuter “slow” trains and high-speed “Shinkansen” bullet trains.

Let’s discover how to ride different trains in Japan.

JR stands for Japanese Railways: Japan Railways is the principal rail network of Japan extending from Hokkaido to the southern island of Kyushu. The biggest difference between JR and Metro is that Japanese Railways’ trains are all above the ground, while the metro is underground. The two train systems are different, so tickets for JR trains must be purchased at JR vending machines or ticket counters, and the same is valid for the metro lines.

Making sure you know if you need to take a JR line or a metro line before heading to the nearest station is a good way to be efficient with time, since you might be closest to a JR station, but you will have to change multiple times to get on the line that you need to reach your destination.

Moreover, before hopping on the first available train on the platform, check the type of train you will need to take to your destinations. Many lines have trains that stop at every station (“kakueki” 各駅). Or rapid (“kaisoku” 快速), semi-express (“junkyu” 準急), express (“kyuko” 急行), commuter express (“tsuukin kyuko”通勤急行 and commuter limited express (“tsuukintokkyu” 通勤特急) trains that skip one or multiple stops.

Where to Buy Tickets and How to Charge Your Pass

Ticket prices will vary depending on the distance. Near the gates of every station, you will find ticket vending machines with an extensive map of the train network (for the line you are hopping on) which display stations and corresponding fares. Press the amount displayed on the map on the vending machine below and pay.

The most convenient way to travel around is to purchase a top-up card named “Pasmo” or “Suica” in Tokyo, and “Icoca”in Kansai (there are different cards available in other areas too!) They are available even at vending machines in every station and require a deposit fee of 500 yen. You can simply periodically charge the card so you won’t lose time figuring out the fare and buying a ticket for every single ride, and they can be used on both JR and metro lines without distinctions.

Tap the card on the sensor when entering the ticket gates and then tap again when exiting and the fare will simply be deducted from the money on your card.

Did you forget to top up your card and now you’re stuck inside the ticket gates? Don’t worry, specific charging machines are available before exiting the gates so you can top up the card either with the specific amount that you are missing or the preferred amount to use for your next ride.

Read more about top-up cards in this article: Prepaid IC Cards in Japan: Pasmo or Suica 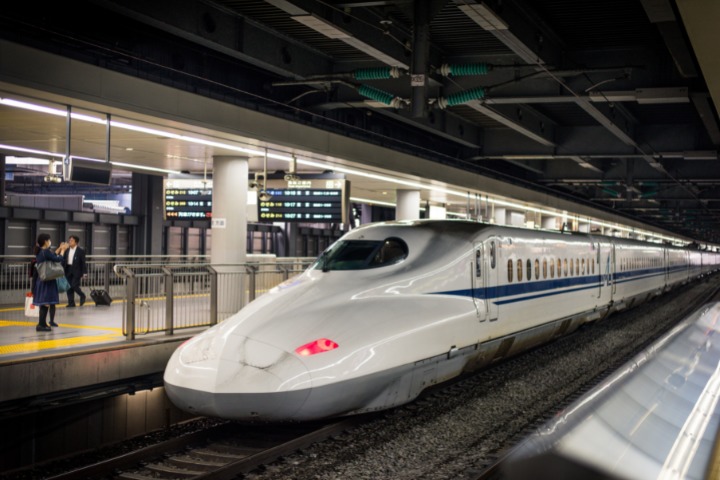 Bullet trains, called “Shinkansen” in Japanese are high-speed trains that also run from Hokkaido to Kyushu and are a fast end efficient – although not very cheap – way to get around the country, with “Nozomi” bullet train which runs through Tokyo and Osaka, reaches a speed of 300 km/h. There are different types of Shinkansen, some of which stop at more stations and are slightly cheaper, like the “Hikari” and “Sakura”.

In general, Shinkansen can be more expensive than actually taking a plane, but the convenience of arriving at train stations inside cities and not having restrictions on luggage makes it a very comfortable way of travelling.

Finally, let’s get into some basic Japanese train etiquette you need to know before stepping foot inside a train:

Riding the Train in Japan Is So Easy!

Do you finally feel confident riding the train in Japan? Take advantage of one of the best train systems in the world and hop on a train to get – almost – wherever you want.

How to Use Buses in Japan

Cycling in Japan 101: Everything You Need to Know