Japanese Abroad: Where Can You Find Most of the Japanese Overseas? | Guidable

Japanese Abroad: Where Can You Find Most of the Japanese Overseas?

Japan is one of the most progressive countries in the world. It is a beautiful place most tourists and travelers would want to visit at least once in their lifetime. It is a country where many foreign nationals want to settle for good.

The economic situation is the common drive of people living abroad for a short or a long term period. In the eyes of many, Japan is a first-world country capable of providing inclusive growth for its people, and this makes us wonder why a lot of Japanese are living overseas. Where in the world can we find most Japanese living abroad?

The Kaigai Nikkeijin Kyokai (Association of Nikkei and Japanese Abroad) said the population of Japanese living outside of Japan is at 3.5 million. The Japanese are spread across countries and cities in Asia, America, and Europe. Here are some of the places in the world where you can find Japanese the most. 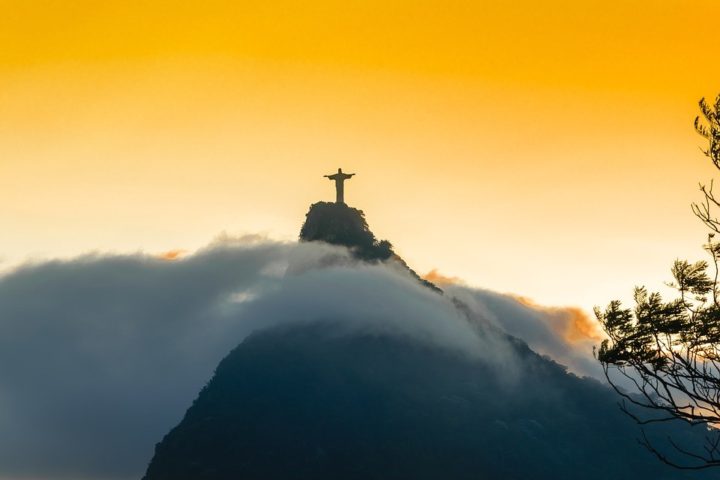 There are 1.5 million Japanese in this South American country as of 2014, according to the Brazilian Institute of Geography and Statistics. This data from four years ago makes Brazil the home to the largest population of Japanese outside of Japan, and this fact still holds true until today.

The immigration of Japanese in Brazil and the cultural and economic exchange between Japan and Brazil date back to 1908. Many Japanese people searched for a better life abroad after the end of feudal Japan, however, they were not welcomed in some parts of the world, like Australia because of the White Australia Policy.

However, Brazil was an open country for Japanese mainly for the labor force. The first Japanese immigrants in the country worked in coffee plantations, and many of them eventually became owners themselves.

According to the 2015 Social and Demographic trend by the Pew Research Center, the population of Japanese nationals in the United States was at 1,411,000.

The immigration of Japanese to the US started from the 1868 Meiji Restoration in Japan. Most of the Japanese nationals who were farmers and domestic workers settled in Hawaii, Alaska and San Francisco. However, the entry of Japanese workers was prohibited in the United States following the Exclusion Cause of the 1924 Immigration Act. 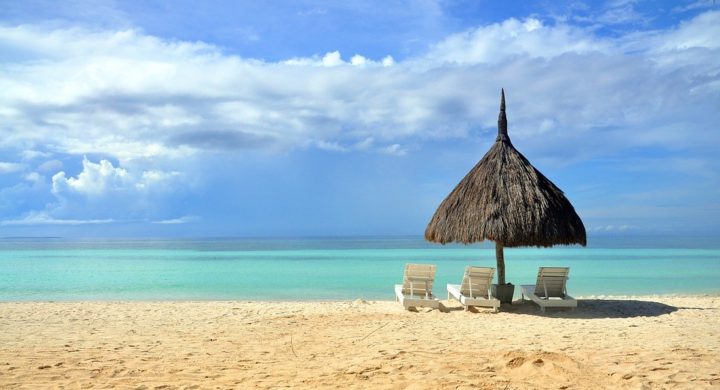 There are more than 200,000 Japanese nationals living in the Philippines nowadays but this isn’t recent history. The cultural and economic exchange between Japan and the Philippines date back to the 12th century, even before the Spanish colonial rule of the archipelago. Many Japanese merchants and traders who came to the Philippines for trading eventually settled in the country for intermarriages. Subsequently, the Philippines also became under Japanese rule during World War II. Nowadays, many Japanese are in the country to study English, to establish tourism and education businesses, and for inter-racial marriages, as well.

There are 53,670 Japanese living in South Korea as of 2017, according to the Ministry of Justice Immigration and Foreign Policy Headquarters. It added that most of these Japanese have retained their nationality and there are those who have changed their nationality into Korean.

According to the 2001 UK Census, 37,535 Japanese-born people were residing in the United Kingdom. This settlement also started in the late 19th century following the arrival of the Japanese nationals for business, domestic work, and university studies. Most of the first Japanese students who arrived in the UK studied at Oxford University and Cambridge University.

There are about 3,949 Japanese nationals living in Peru, and 160,000 are of Japanese descent as of 2016, according to the Ministry of Foreign Affairs in Japan.

The Japanese settlement in Peru that started in the 1800s was driven by many factors like farming, working in coastal plantation, and eventually setting up small businesses. Peru was also the first Latin American country to welcome Japanese immigration.

Having this information, the cities in the world nowadays where you can find most Japanese and people of Japanese descent are Sau Paolo, Brazil; Honolulu, Hawaii; Vancouver, Canada; and Cebu City, Philippines, among others. These cities have a long and established history and cultural exchange involvement between the Japanese and the locals. Most of the Japanese nationals living in these cities have also already married to a local, raised a family, and established long-term businesses. 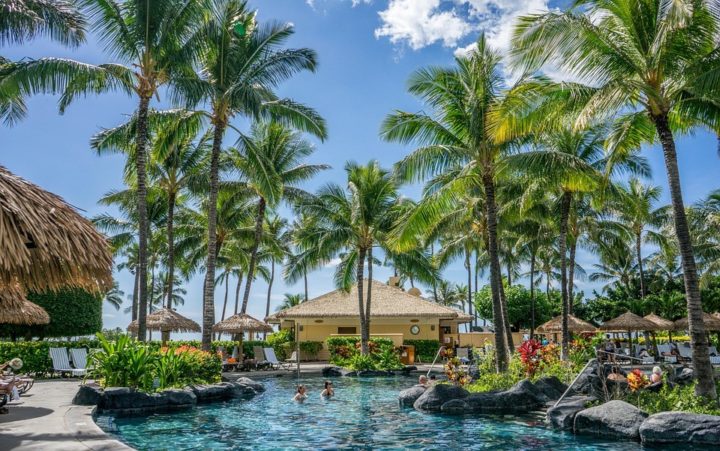 Why do Japanese People Live Abroad?

According to Yosaburo Yoshida in his journal on the Sources and Causes of Japanese Emigration, aside from traveling, the following are the main reasons why many Japanese are living overseas are:

Official Duties. Many Japanese are living abroad for official duties as government officers or business executives. Many of them choose to return home, but many also prefer to become a permanent resident in the country of assignment.

Study Abroad. Back in the day, when students abroad return to Japan, they are given positions in government service. The accomplished Japanese nationals who finished a degree overseas serve as diplomats, writers, and educators. Nowadays, some Japanese students are living abroad for the same reasons but many prefer to stay in a foreign country after completion of studies for various reasons. Some Japanese scholars are finding more opportunities to conduct further research in foreign countries than in Japan.

Commercial Business. Now that globalization is gearing towards its peak, many foreign nationals, including Japanese business people, are seeing the potential of building commercial businesses abroad. In the Philippines alone, many start-up companies and big companies are owned and managed by Japanese nationals.

Agriculture, fishing, artisan, and labor. Back in the day, the reasons why many Japanese nationals started living overseas was for agriculture and fishing opportunities. Even if labor was cheap back then, the income they earned while working abroad was much higher than the income they were earning in their home country. 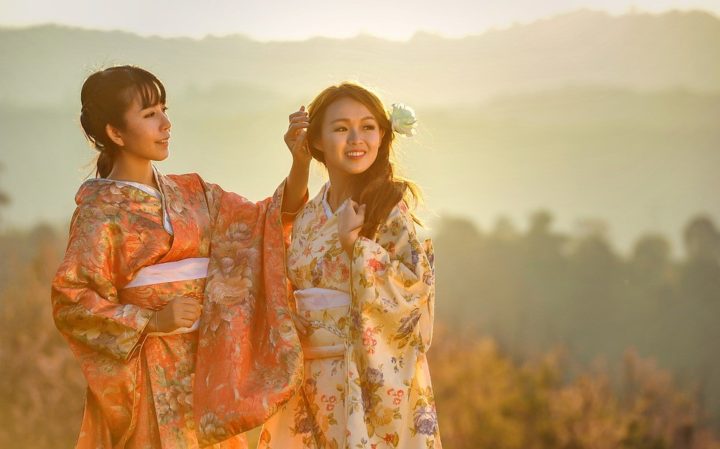 How Can You Meet Japanese People Overseas?

Most Japanese living abroad create a community, allowing them to reach out to other Japanese nationals for advice, business partnership, and for cultural exchange activities and events, among others.

Language Exchange Group. Many Japanese nationals have language exchange groups in your area. Most of them are now living abroad to study English and they are most likely to attend events where they can meet different foreign nationals for language exchange exercises.

Japanese Festivals. Many Japanese in other countries organize festivals that coincide with the original festival in their home country. One example is the Bon Odori festival in Cebu, Philippines. Many Japanese are gathered in the event to honor their ancestors. In this kind of festivals, there is also a food fair showcasing the different Japanese cuisine.

English Academy. Many Japanese are also enrolled in schools that are offering English programs. Some schools are even providing housing facilities for students, making it more convenient for the students to learn with others who live in the same place.

What are Some Countries that are Easy to Live-in for Japanese People?

The Philippines. In South East Asia, the Philippines is one of the best and most appealing places for foreigners who want to live overseas. The country’s tropical climate, scenic destinations, laid-back lifestyle, and diverse cultures are among the reasons why many Japanese would choose to live in one of the country’s more than 7,000 islands.

There are different kinds of Visa the Japanese may apply when planning to move or live overseas. The guidelines can be found here.

Thailand. The Kingdom of Thailand is another top Asian destination for foreign nationals who want to relocate and live abroad. Its urban cities, coastal beaches, national parks, rich culture and heritage, as well as, authentic cuisine are more than enough reasons for Japanese nationals to consider Thailand a new home.

Aside from Bangkok, the Japanese can also choose other cities to live that are away from the metropolis. Chiang Mai, a historic city in the north, is also an ideal place for foreigners, while Phuket or in Hua Hin are the top picks for those who prefer the beaches and the island vibe.

Appropriate immigration Visa from the Thai embassy or Consulate office is also necessary but it’s definitely easy to secure for the Japanese. Here is the general information to know.

Malaysia. Another beautiful country for Japanese immigrants to live is in Malaysia. The cost of living is relatively low and the economic opportunities are good. Those who are interested to live in the country permanently can check out Malaysia My Second Home programme, which allows foreign nationals to live in the country for a minimum of 10 years. The details of the programme can be found here.

Guatemala. In Central America, Guatemala is definitely one of the best choices of countries to settle. There is definitely more to it than its natural beauty and connection to the Mayan civilization. The seasons in this country are dry and wet, which is ideal for Japanese who want to move on from its four seasons, especially the winter season. Guatemala’s efficient transportation, healthcare programs, and the education system, among others, are some of the reasons why it is an ideal place for foreign nationals who want to live overseas. Check this page for details about getting a Visa for Guatemala.

Paraguay. Another American country for Japanese nationals is Paraguay. The cost of living in Paraguay is low but it has a lot of work opportunities for expats. It is considered the Heart of America because it is located in the center of the continent.

Portugal. When eyeing a non-Asian and non-American country to settle, Portugal in western Europe is another good option for Japanese nationals. Its sunny climate makes Portugal an option for those who also love the feel of the tropics in the West. Winters can be rainy though but a lot less cold than that of Japan’s winter.

Some people speak the English language in Portugal but basic Portuguese must be learned to easily communicate with the locals and to make living there easier. The country also boasts its high-quality health institutions and transportation. Some details can be checked on this website to address the relocation needs. 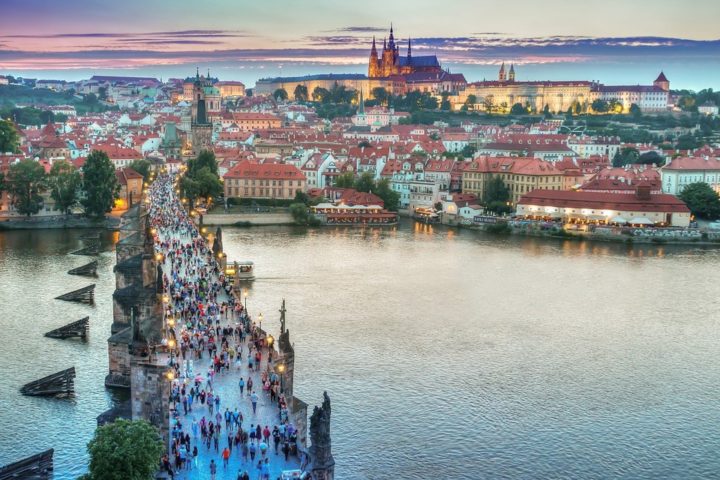 The Czech Republic. In Central Europe, the Czech Republic is one of the most developed countries that is ideal for Japanese nationals who want to live abroad. Many people go to visit its cultural capital, Prague, but the country definitely has more to offer, especially to those who are thinking of relocating there. The Visa guidelines can be checked here.

The Netherlands. Most of its cities are among the most liveable in the world and this alone makes The Netherlands an ideal country for Japanese who want to live abroad. Amsterdam, Rotterdam, The Hague are just among the places with high quality of life for expats. The Visa requirements for Japanese can be checked here.

When planning to live overseas, make sure that enough information has been gathered about the country’s security, type of government, cost of immigration, policies, and laws of immigration, climate, environmental situation, and medical systems in place, cost of living, education system, and the employment or business venture opportunities.

The Japanese nationals are living in different countries and cities across the globe for different reasons, and many of them are planning to live there for good. Is your country an ideal place for the Japanese to live, too?