Have You Heard of the ‘Boring Saitama’ Myth? 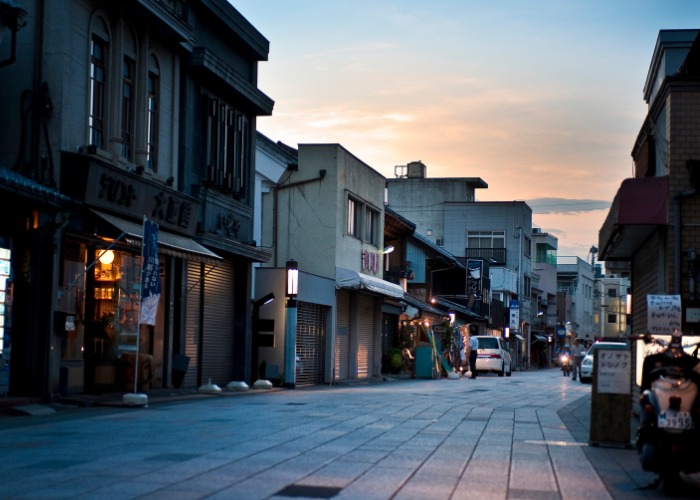 Of all the prefectures closest to Tokyo, there’s one in particular that has a bad rep – Saitama. Kanagawa has Yokohama, Kamakura and beaches. Shizuoka has the Izu peninsula and green tea. Tochigi has Nikko. And Saitama?

The entire prefecture of Saitama is sometimes referred to by Tokyoites as ‘Dasaitama’, adding the slang word dasai (boring, uncool, lame) to its title. Similarly, an old joke runs along the lines that Ikebukuro – the gateway into Tokyo for many coming from Saitama – is over-run by these Dasaitama-types.

So, what’s the truth behind the Dasaitama myth? Partly, the perception comes from the fact that many who live in Saitama commute to work in Tokyo, creating the idea of empty Satellite Towns, fields, family restaurants and little else. In fact, while the prefecture is famous for its nature, it should also be noted that it has a population of over 7 million and, according to the Japan Travel and Tourism Association, draws in around 96,540,000 tourists per year. 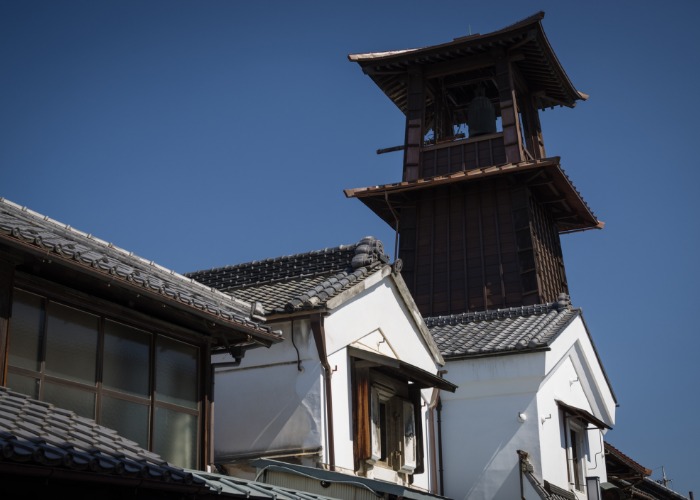 It would take a long time to untangle all the reasons behind the creation of ‘Uncool-tama’, but rather than focus on the negatives it might be better to have a look at the reasons why Saitama isn’t all that bad after all. Due to its proximity to Tokyo, Saitama is an ideal place to take a day trip to, and it has many different things to offer different tastes: from mountains to old towns, breweries, bonsai and the arts.

One popular trip, already mentioned on this site, is Kawagoe. North of Tokyo and just a short ride from Ikebukuro, Kawagoe is a great place to visit if you want to experience an ‘Edo’ style merchant town, and with its Penny Candy Alley (Kashiya Yokocho) dedicated to confectionary it is also the perfect spot for sweet-lovers. This area is known as ‘Coedo’, and even in Tokyo you might have come across COEDO beer – which, yes, is brewed in Kawagoe from the sweet potatoes that grow in the area. 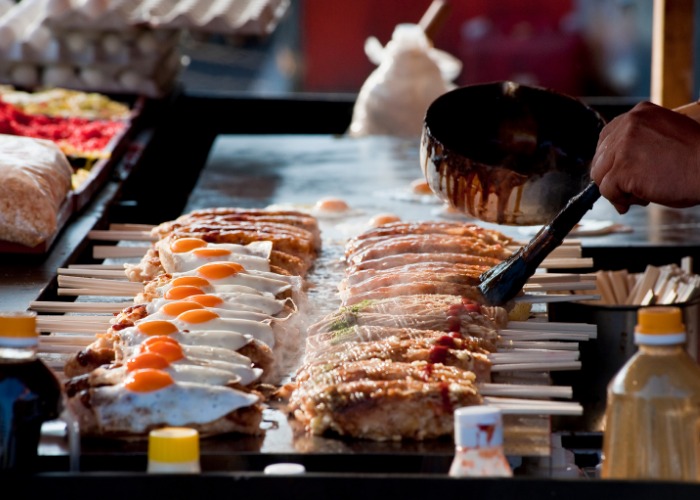 Kawagoe is the most visited site in Saitama, and it’s easy to see why. However, a little further afield in the mountains on the western side of the prefecture is Chichibu. From Ikebukuro, you can take the Red Arrow Express for 1,480 one-way and be there within 80 minutes (or the cheaper alternative is to take the local trains, changing at Hanno, taking around 100 minutes). 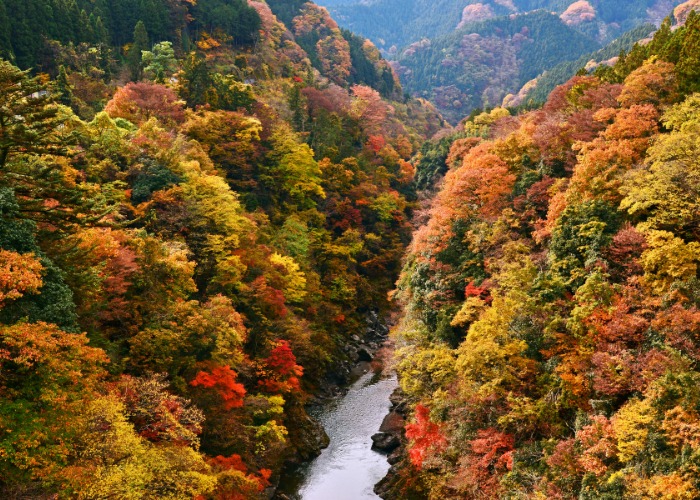 The city of Chichibu itself is famous for Hitsujiyama Park which in the spring becomes a riot of colour when the pink shibazakura (moss pink) fields blossom. The city is overlooked by Mt. Buko, with its eye-catching shape caused by limestone mining at the top of the mountain. You can go hiking on Buko, or you can catch the local Seibu Chichibu line and go deeper into the mountains. 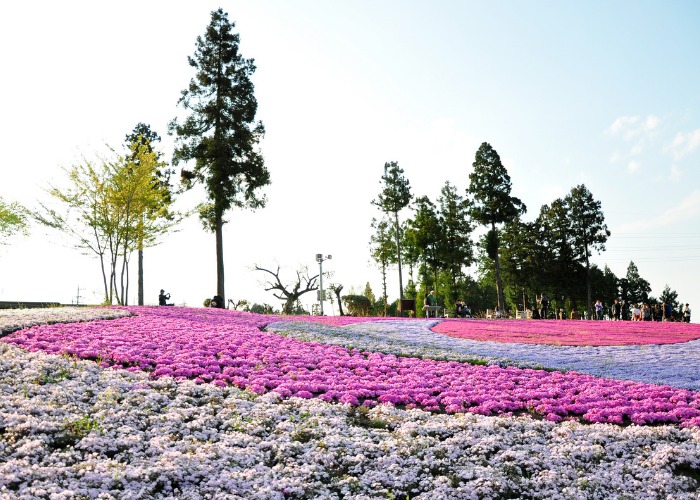 Twenty minutes away by train from the city is the town of Nagatoro, which offers riverboat tours and white water rafting along the Arakawa River. Alongside the river lies the Iwadatami rock formation, named after the tatami mats it is said to resemble. 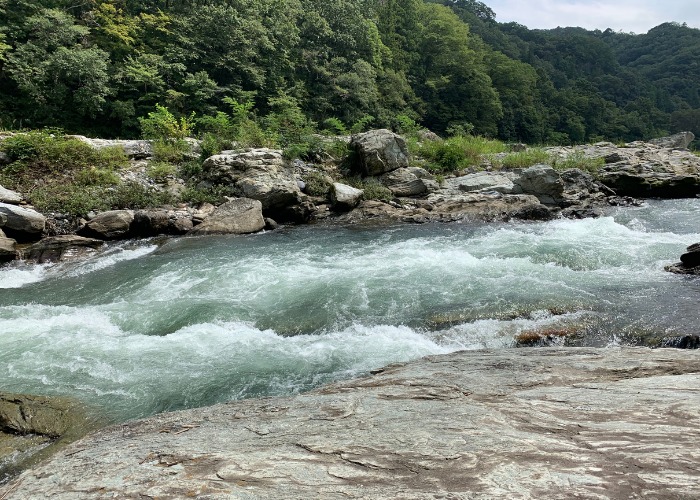 In the other direction from Chichibu city is Mitsumine Shrine, which stands on Mt Mitsumine at an altitude of 1100m above sea level. Mitsumine, alongside Chichibu Shrine located in the city itself and Hodosan Jijina in Nagatoro are known as ‘power spots’, places in popular culture that are seen as spiritual locations that can rejuvenate visitors – and high up in the mountains, Mitsumine has been described as one of the most important power spots in the Kanto region. The prefecture’s tourist office describes it as ‘a sanctuary close to the sky where the gods are enshrined’. 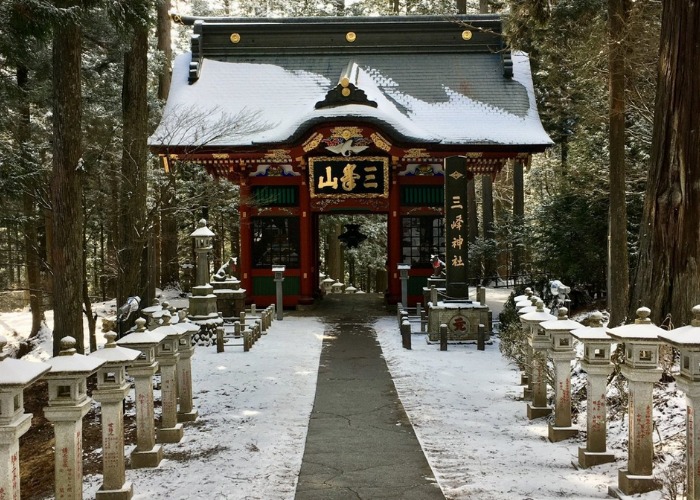 From Americana to Goguryeo

One of the oddities of Saitama is Johnson Town, close to Iruma Air Base. A collection of buildings that used to house members of the US air force, these American-style houses now largely serve as cafes, vintage shops and restaurants. For a slice of Americana in the Saitama countryside, take the Seibu Ikebukuro line and get off at Irumashi station. 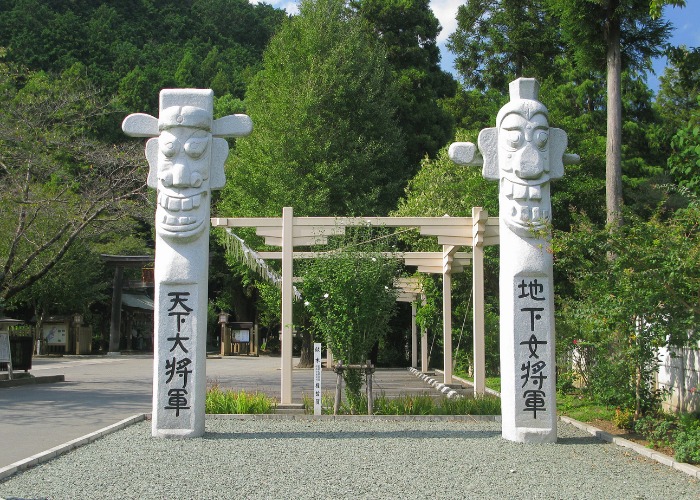 In Hidaka City, on the JR Kawagoe line (Komagawa station), you can visit Koma shrine. The kanji for Koma (高麗) can also be read as Goguryeo, which was one of the kingdoms during the Three Kingdoms Period (57 BC-668 AD) of Korean history. Due to war and invasions, members of the Goguryeo kingdom moved to Japan where they were settled in the area that now makes up Hidaka City. Signs leading up to the shrine are written in Hangul as well as the usual Japanese and English, and the shrine precincts themselves are dotted with statues of figures from Korean history.

Quieter than central Tokyo, much of Saitama seems to move at a slower pace, offering a quiet getaway from the stresses of the city. Whether that be taking a trip to the Bonsai Museum in Omiya, or going to Iruma River Valley in Hanno City to hold a barbecue in the summer, the prefecture has many different charms.

And yet. The convenience store closest to where I work in Saitama recently closed down, leaving the closest combini a good ten minute walk away; hardly the longest or the most inconvenient walk, but all the same I thought, ah, of course, Dasaitama…