Where to Go on Vacation? (Part 5): Chubu Region | Guidable

Where to Go on Vacation? (Part 5): Chubu Region

The previous posts showed you all the great places that visitors should visit if they travel to Kyushu region. Today, in this episode, I will introduce to you all the recommended tourist destinations you should take a visit to the Chubu region. 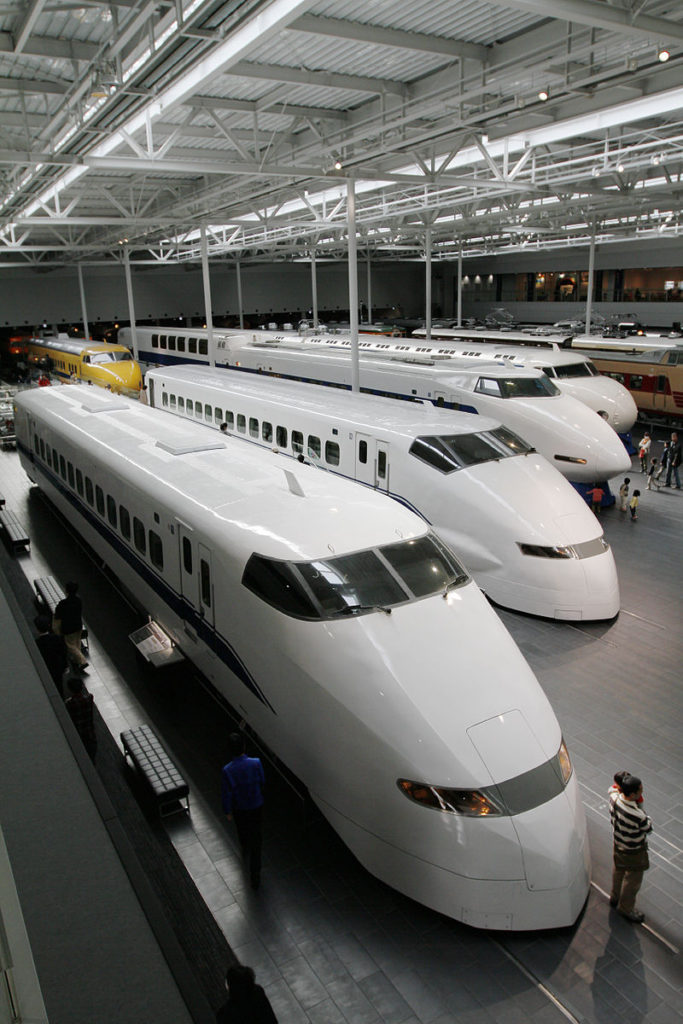 If you are a fan of Japanese train technology and want to know more about Japanese train history, this is a great place to pay a visit. The museum was opened on March 14, 2011, by Central Japan Railways (JR Central). There are about 39 retired train cars are exhibited in the museum including historic steam locomotives, shinkansen (Japanese bullet train) and latest magnetic levitating trains (Maglev) – a world-record land speed for rail vehicles. You can even have a chance to sit in the experimental Maglev train which is prepared to be in commercial use from Tokyo to Nagoya for 45 minutes. It’s maybe one of the most enjoyable experience you may have ever had on the high-speed train.

For further detailed information about how to access, admission fees or working hours of these three museums, please visit their official websites and check for exact and up-to-date information. 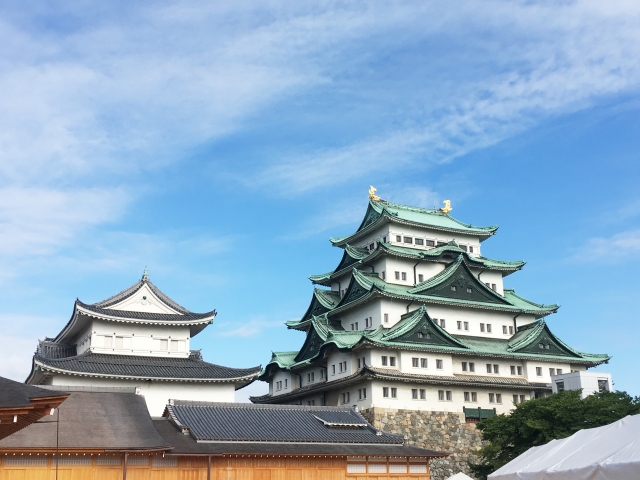 As Japan is very famous for its traditional castles and temples, Nagoya Castle is one of the most well-known castles in Japan. Nagoya Castle was first built at the beginning of the Edo period as one of the three castle branches of Tokugawa clan base besides Mito and Wakayama. As the same to other ancient castles, this place was destroyed by an airstrike in 1945. However, it was reconstructed 1957 by concrete followed by its original building structure in the Tokugawa period. In the spring season, the castle becomes one of the greatest places to see cherry blossoms in Japan because it has an amazing old garden inside areas. 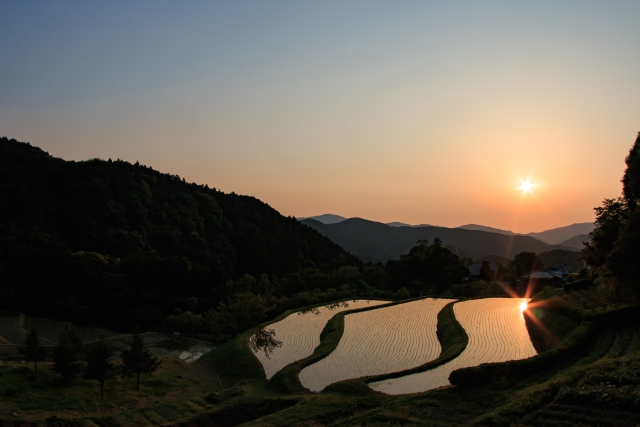 The Izu Peninsula is famous for its beautiful beaches, hot springs (onsen) and amazing scenery. It is located just 100 kilometers away from Tokyo (about 2 hours by train from Shinjuku) and 50 kilometers from Mount Fuji so it’s a great place for visitors to have 1-or-2-day-trip for relaxing and getting away from crowded areas. 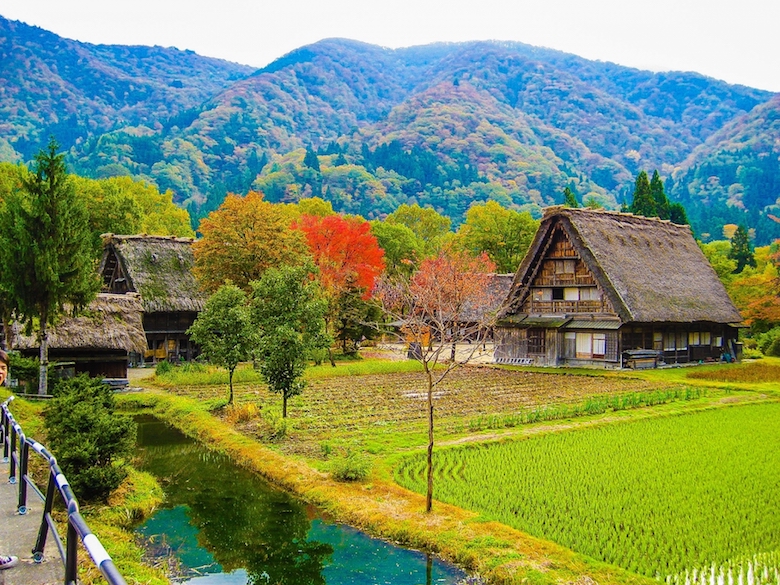 These places are located in the Shogawa River Alley in the remote mountains Gifu Prefecture. As listed in the UNESCO Heritage site in 1995, they are famous for their traditional gassho-zukuri farmhouses, which are more than 250 years old. The roofs were built with the shape likes Buddhist monks pressed together in prayer style so it was called “gassho-zukuri”. Also, the main function of the special style of roof is to prevent collapse caused by a large number of snow falls during winter seasons. 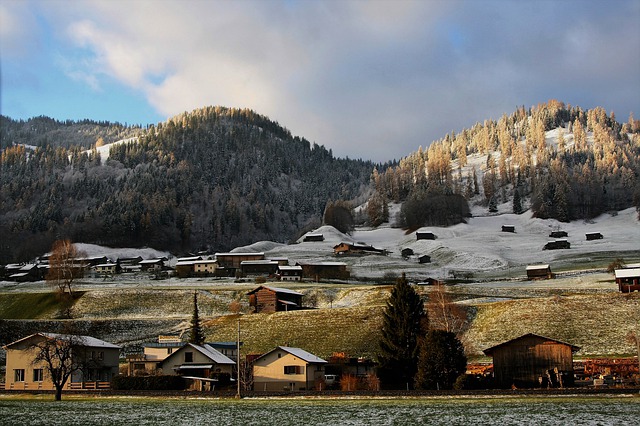 Takayama Village is an ancient town that still maintains traditional Japanese styles of houses and buildings from the Edo Period (1600-1868). During that period, this town was extraordinarily wealthy and fully capable of merchants from different regions came to trade here. Moreover, you can find some coffee shops, restaurants or even sake breweries that already in business for centuries to discover and try to buy some local arts and crafts as great souvenirs for friends and families or experience local sake and foods for fun. 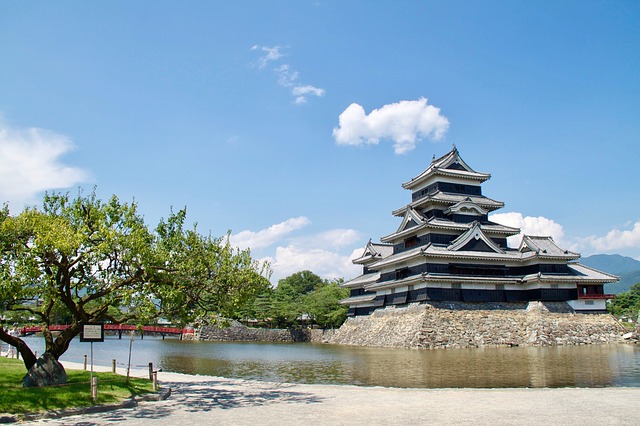 Matsumoto castle (松本城, Matsumotojō) is one of the most beautiful of Japan’s original castles and it was built on plains rather than hills or mountains as other famous castles. It was not reconstructed by concrete so visitors can experience the ‘real’ wooden interior of castles, not from concrete like other castles. In spring, it is a well-known place to see cherry blossoms and enjoy peaceful mood here.

How to access: 15-minute walk or a 5-minute bus ride on the “Town Sneaker” Northern Course bus loop line from JR Matsumoto Station. 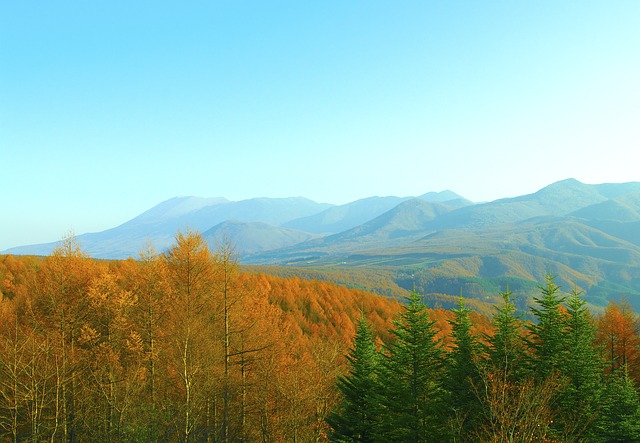 Nagano was a former city held Winter Olympics in 1998 in Japan. It is really famous for Zenkoji Temple (善光寺, Zenkōji) which is one of the most popular temples in Japan which stores the first Buddhist statue brought to Japan after the departure of Buddhism in Japan in the 6th century. The original statue was hidden and its copy is exhibited to the public for a few weeks every six years. The next seen opportunity will be in 2021. Besides temples, you can find some winter Olympic special facilities in Nagano too. 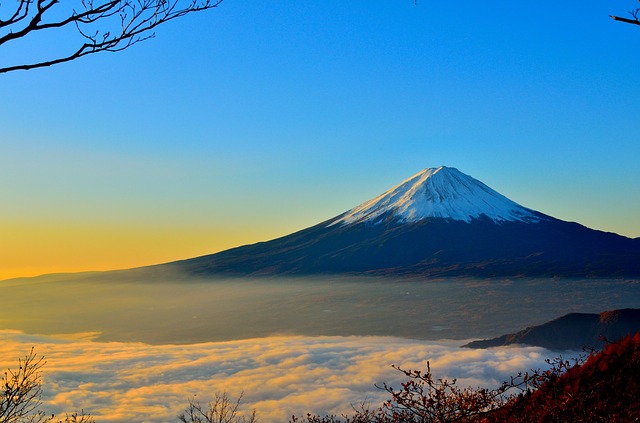 Fuji Five Lakes is the region located at the north of Mount Fuji and covers by five lakes Kawaguchiko, Saiko, Yamanakako, Shojiko, and Motosuko at the height of 1000 meters above sea level. It is one of the best places to see Mount Fuji and start climbing to the top of Japan. There are many enjoyable places for you to relax and recover your health such as hot springs, messages, camping or fishing. Fortunately, in this region, there is the one of the most famous amusement park in Japan, the Fuji Q Highland with record-breaking roller coasters and many speedy scary games.

If someone plans to visit Fuji Q Highland, check its website for details (ticket price, how to access or hours of operation) 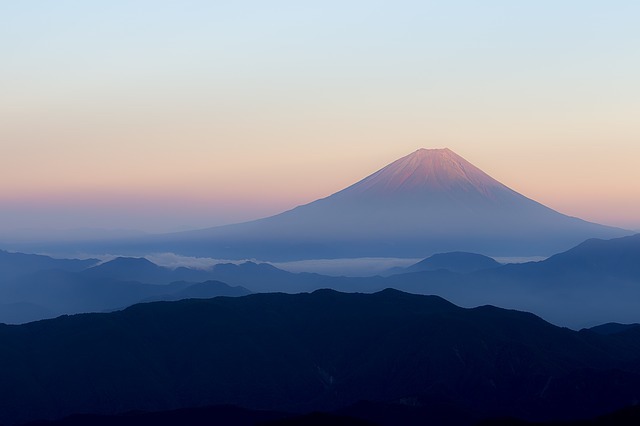 Mount Fuji (富士山 Fujisan) is an active volcanic mountain with a height of 3,776 meters; it is the highest mountain in Japan. Whenever someone discusses Japan, they always know about Mount Fuji; the key figure or symbol of Japan.  During summer time from July to early September, visitors can even climb to the top of Japan and see sunset or dawn amazing and magical scene at the top of the mountain. There are 5 routes in total to climb Fujisan but most of the people choose to climb to the top by Yoshida Trail from Fuji Subaru 5th Station. If you travel to Japan outside these three months you can see and take many pictures of Fujisan wonderful scenery with its top covered by white snow. If you travel to Japan, please do not miss and forget visiting the beautiful symbol of Japan. 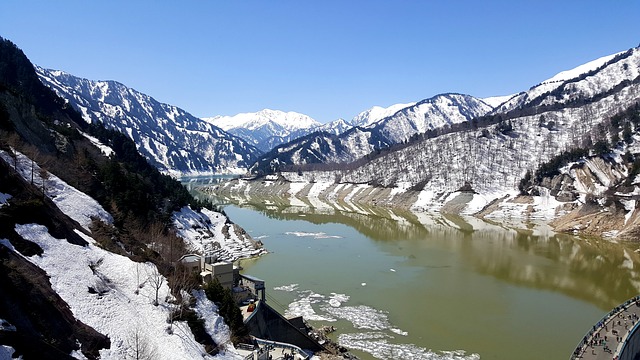 The Tateyama Kurobe Alpine Route (立山黒部アルペンルー) is a spectacular route through the Northern Japan Alps completed in 1971 and visitors have to travel by various means of transportation including cable cars, trolley buses, and a ropeway. The route connects Toyama City in Toyama Prefecture with Omachi Town in Nagano Prefecture and it’s completely closed from December to mid-April due to snow. Along the route, you have a chance to see the wonderful scenery from surrounding mountains, stand at a 186-meter-tall Kurobe dam with amazing panorama views to the mountain and go through Tateyama Snow Corridor where the snow can reach up to 17-20 meters during April to late June. If you buy a Tateyama Kurobe one-way ticket and try all the options to go along the route, this is one of the most enjoyable and unforgettable experiences you can have; it’s really worth the money.

Check the official website for detailed route and how to go there.

Period of available route and ticket: April 13 to November 6 (the dates may vary which depends on years and weather). 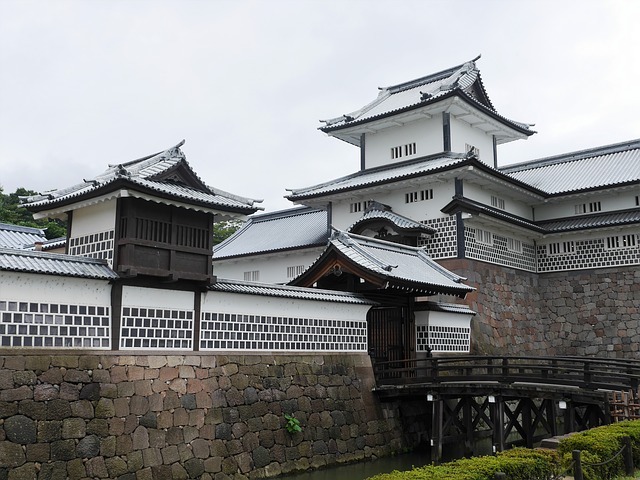 Kanazawa (金沢) was used as a base for Maeda Clan, the second most powerful feudal clan in Japan after Tokugawa during the Edo period. Also, it is a town of cultural achievements besides Kyoto and Tokyo. Luckily, during World War II (WWII), Kanagawa was the second largest city (followed by Kyoto) to escape from the air raids of the US army. As a result, all the ancient buildings in the city have been maintained and strictly protected in good condition until now. The most famous tourist spot in the city is Kenrokuen, which is claimed as one of the three best landscape gardens in Japan. It was first opened to the public in 1871, inside the garden, there are varieties of plants and flower planted and grown, therefore, the garden landscape will be changed and looked different in each season from spring to winter. In spite of Kenrokuen, you should visit the Higashi Chaya District, where you can go to Chaya (teahouse) and entertain by geisha who perform traditional song or dance. This is great for visitors to enjoy a normal daily life of local people during that time.

In conclusion, all the places mentioned in the blog are recommended tourist spots recommended for people to visit when they go to the Chubu region. Good luck with your plan and have a nice trip. In the next episode (part 6), I will introduce to you all the recommended spots in the Tohoku region. Goodbye and see you in the next part!!!!!