Where to Go on Vacation? (Part 7): Hokkaido Region | Guidable

Where to Go on Vacation? (Part 7): Hokkaido Region 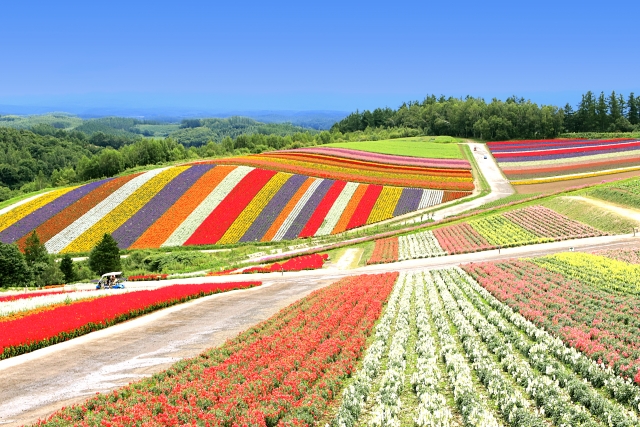 Lavender is the most popular flower in Hokkaido. At first, lavender was grown for sale in Hokkaido. However, due to the appearance of cheap lavender from overseas during the 1960s and 1970s, local growers decided to make lavender fields become tourist attraction spots. During the summer time from July to late August is the best time to see the beauty of Lavender Fields when this flower is in full bloom, which attracts a large number of visitors (both domestic and international people) to visit Hokkaido. In addition, besides lavender, Hokkaido also has many other kinds of flower such as lupins, lilies, sunflower or cosmos. There are several flower fields in Hokkaido, but the best one in the region is Farm Tomita, whose fields’ view is so colorful and spectacular. The farm’s landscapes are varied in the summertime and depend on the bloom period of each kind of flower grown in the garden. 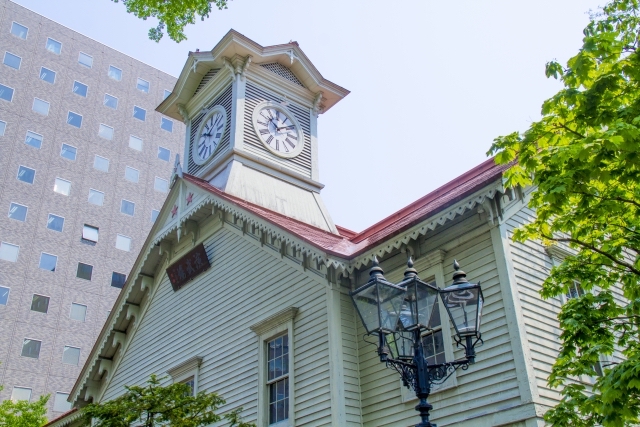 The Clock Tower (時計台, Tokeidai) is known as a symbol of Sapporo city. It was built in 1878 as local agricultural college and became a place to tell exact time for local people when a clock bought from the US was installed after a few years. Now, inside clock tower is a small museum where shows the summary history of this tower and its duty in the past. However, the local government decided to renew the clock tower so it has been closed from June to the end of October this year 2018.

How to access: 10 minutes on foot from JR Sapporo Station Southern entrance or 5 min walk from Odori Station, exit number 7. 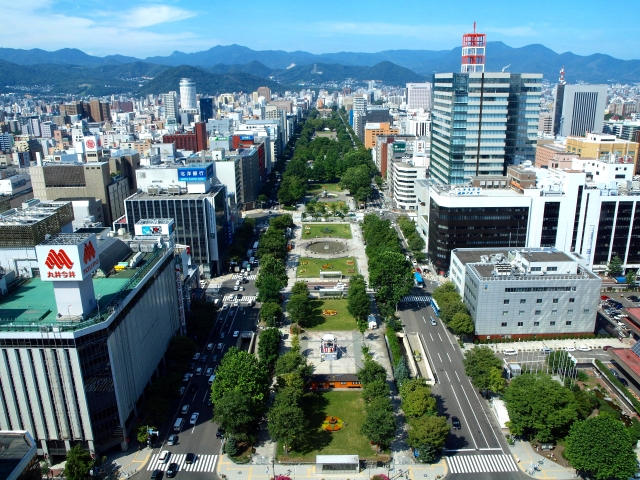 Odori Park is a long but small park that separate Sapporo city into two parts: the north and south side. During summer time, it is a green space for both local residents and tourists to enjoy outdoor activities, while in the winter season, it’s a host place of Sapporo Snow Festival – the most famous festival in the Hokkaido. Near Odori Park is another symbol of Sapporo city – Sapporo TV Tower, where tourist can have an iconic panorama view of the whole city at the height 90 meters of its observation deck (cost 720 yen per adult).

Access way: beside Odori Subway Station or a ten-minute walk from south of JR Sapporo Station 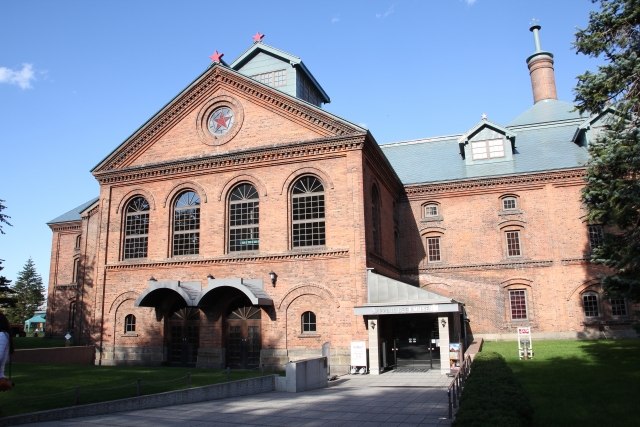 If anyone who has ever drunk Japanese beer, he/she can know about one of the most popular and oldest beer brands in Japan – Sapporo beer, which has the same name as the city. The beer museum (サッポロビール博物館, Sapporo Beer Hakubutsukan) was opened in 1987 in order to introduce the history of beer in Japan and the Sapporo beer company as well as the beer production process. Inside the museum, visitors have chances to drink or taste the traditional flavor of beer made in the local area. Moreover, there are some restaurants for you to eat all the local food and grilled delicious dishes which become more delicious and tasty if you drink with beer. 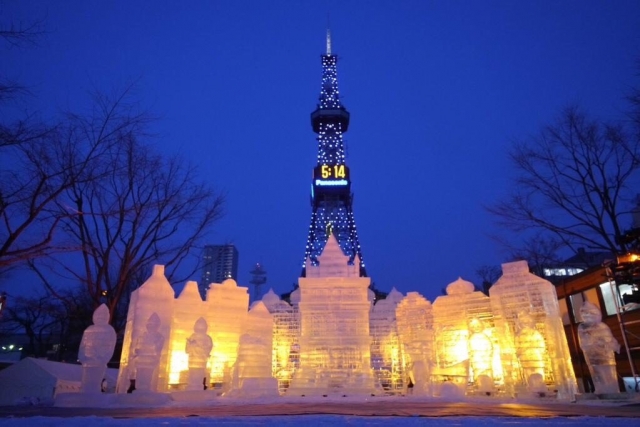 Sapporo Snow Festival is one of the most well-known winter events in Japan. It was first started in 1950 and then from that time, it is held one week every February in the city. This event is an exhibition where hundreds of snow or ice sculpture/ statues are made and shown to public viewers. That’s the reason why millions of tourists go to Sapporo city and take part in the festival each year. 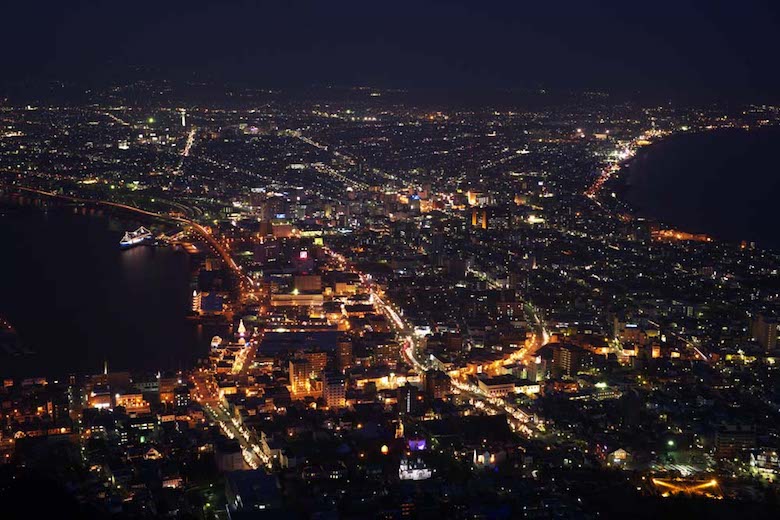 Mount Hakodate (函館山, Hakodateyama) height is 334 meter and it’s one of the three best places for spectacular night views in Japan. You can go to the observation platforms at the top by ropeway or buses. The Mountain Observation deck is free for visitor and you only need to pay ropeway or bus ticket.

+ From late April to mid-November, takes  buses between Hakodate Station and the summit of Mount Hakodate in the evenings (30 minutes, 400 yen one way) 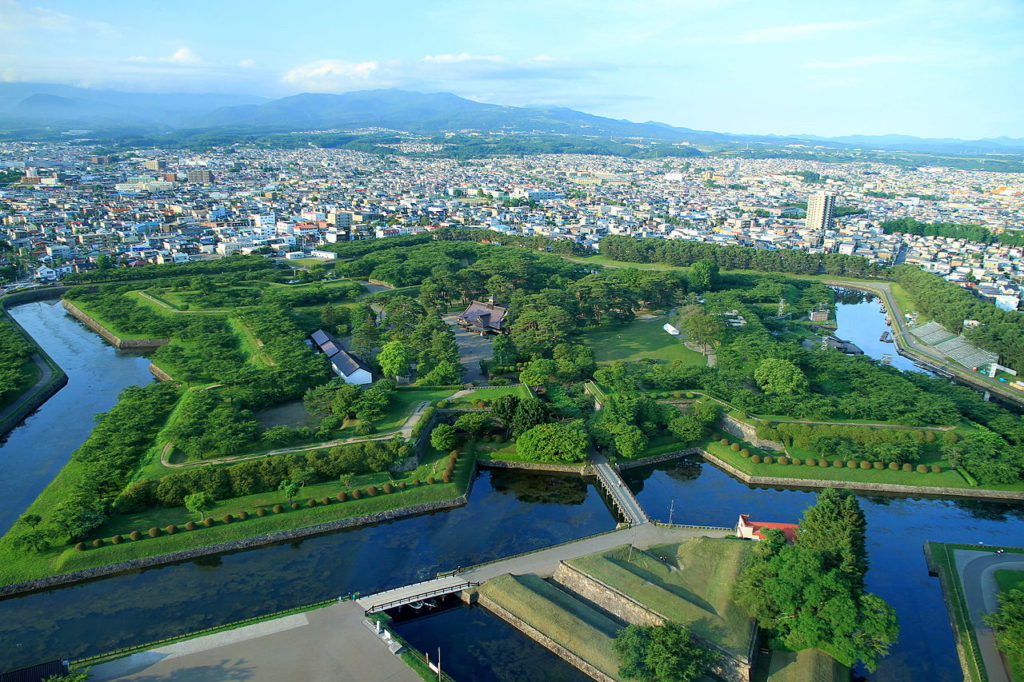 Goryōkaku (五稜郭) is a star-shaped fort that followed the Western fort style. It was built in the Edo period as a solid base to prevent the invasion of Western powers as well as a battle place between a small member group of Tokugawa clan and imperial troops in the Boshin War in the 19th century. Now, this fort is used as a park and it’s one of the best spots in Hokkaido to see cherry blossoms in spring. In the middle of the park is Hakodate Magistrate Office, which was used as an office of shogunate government in the past. If anyone who wants to have overall views of Goryoukaku Fort, he/she should go up to the observation deck of the nearby Goryokaku Tower at the height of 107 meters.

Visit Hakodate Magistrate Office’s website to know more about the fort’s history and Goryokaku Tower’s home page to have more details about the tower.

Access way: From Hakodate Station, take the tram to “Goryokaku Koen Mae” (五稜郭公園前, 10 minutes, 230 yen one way) and continue to walk for 10 minutes to reach the fortress. 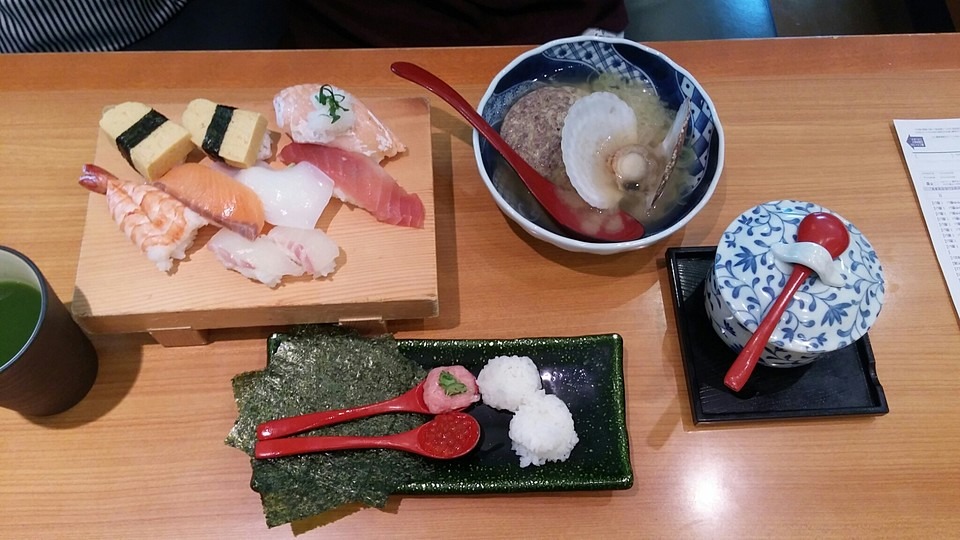 In the morning, if tourists who want to eat fresh seafood breakfasts, please visit the Hakodate Morning Market (函館朝市, Hakodate Asaichi), which is usually held from 5 am (6 am in the winter), to fully satisfy your food craving. This market serves several high quality of fresh seafood such as crabs (Kani), tuna (maguro) or sea urchin (uni) and fresh vegetables/fruits like sweet Hokkaido melons. After you have breakfast at the market, you should discover Motomachi, at the foot of Mount Hakodate, where used to be a living place for foreign traders from Western countries or China. You are still able to find many foreign styles of buildings here and know more about how foreign traders were living at approximately more than 100 years ago.

+ the market is located near JR Hakodate station

+ a 5-minute tram ride or a 25-minute walk from JR Hakodate station.

Asahiyama city is the second largest city in Hokkaido after its capital: Sapporo city. Although Asahiyama city is not a famous tourist destination, the city is famous for its zoo. When visiting the zoo, visitors have chances to observe wild animals both from local and overseas at close distance. Try to visit the zoo out of the weekends or holidays to have better views and get out of the crowds. 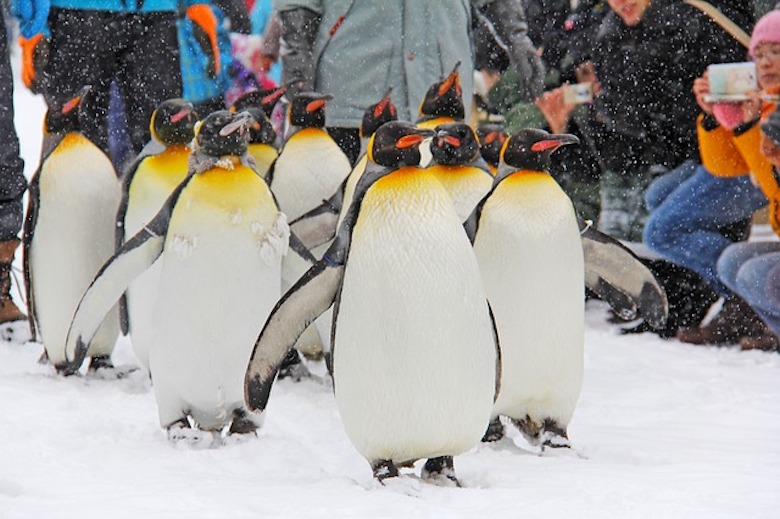 While staying at Asahiyama city, please do not forget to eat local special Asahiyama ramen which is famous for its soya (shoyu in Japanese) sauce. The ramen flavor is extremely delicious, special and rich of soya as well as Hokkaido cheese smell that you cannot have the same experience when eating other kinds of ramen along other places in Japan. 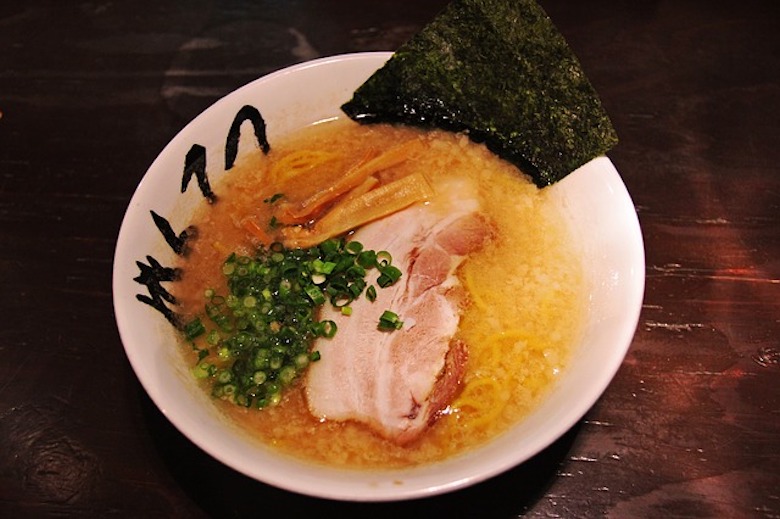