“Why do the Japanese work so hard? “This question is always answered by the response that it’s a cultural difference. Although the answer is not entirely wrong, it is also quite ambiguous and not exactly helpful. However, this workaholic culture is starting to change as a result of the Coronavirus pandemic. 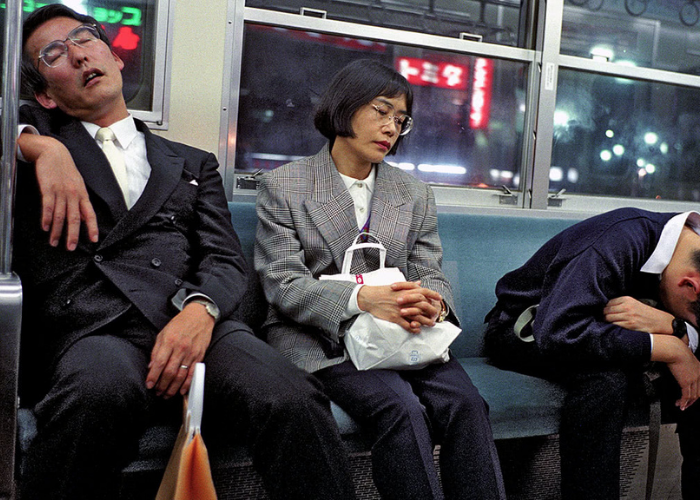 Loyalty To The Company

One result of Japan’s remarkable economic growth since the end of the Second World War was because of the term “Lifetime employment” (終身雇用, しゅうしんこよう).

If you joined an organization, you worked there until you retired. In this way, working long hours demonstrated a high degree of identification with the organization and a gesture of appreciation.

The term “giving your best” (頑張る, がんばる) is a huge deal in Japan. While traditional western companies focus only on results, it is also the struggle that matters in Japan. Of course, that doesn’t mean that Japanese companies don’t appreciate productive work. But the old-fashioned boss will probably see it like this: if you can work efficiently, you can handle much more. So, if you’re not doing overtime, you are not “giving your best.” 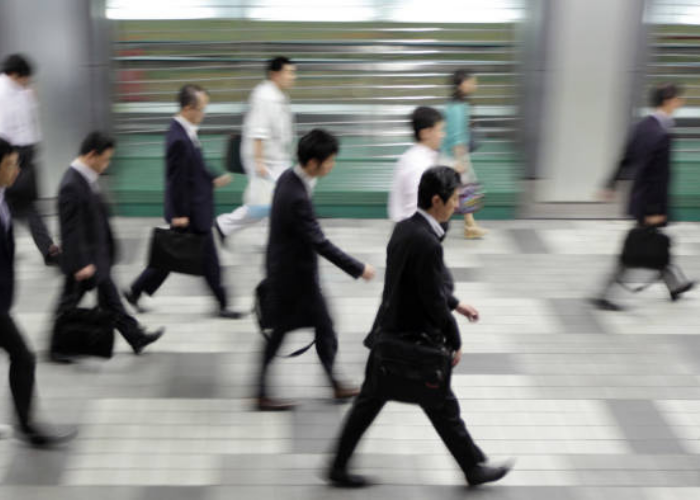 Causing inconveniences for co-workers. “Causing an inconvenience to others” (迷惑, めいわく) is undoubtedly one of the arch-sins in Japanese culture. 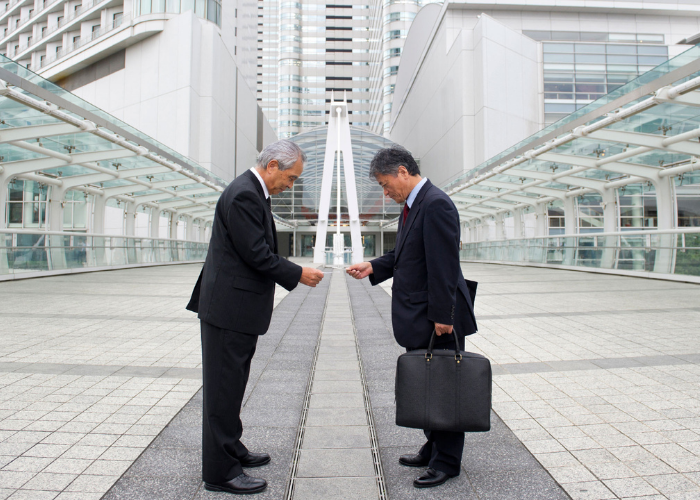 None of my colleagues are taking days off – I can’t be the only one to take time off work. – said a Japanese worker on Reddit. “While Western society is individualistic and non-hierarchical, Japanese society is collectivist and hierarchical,” explains Hiroshi Ono during an interview with BBC, Professor of Human Resources Management at Hitotsubashi University, who specializes in Japan’s culture of work. “So many people are abstaining from taking their holidays because their bosses are not on break, or they are afraid that this will disrupt the harmony of the company.”

Japan is also the origin of karoshi – “death by overwork” – a term formed in the 1970s to explain death from work-related stress and pressure. In the U.S., 16.4% of employers work an average of 49 hours or more per week compared to more than 20% do so in Japan, according to a survey of BusinessInsider. Half of all respondents said they’re not taking paid holidays. 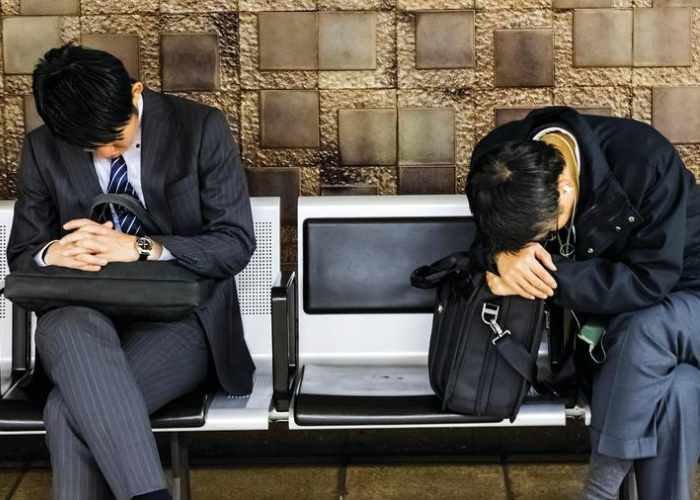 Highlighting the Government’s target of raising the rate of annual leave taken to 70% by 2020, Susumu Oda, Director of the Division of Work and Life Harmonization at the Ministry of Health, Labor and Welfare, explains: “It has been accepted that it is important to refresh employees both mentally and physically.”

A July survey of 14,300 companies taken by Tokyo Shoko Research found that 42 percent did not work from home amid government demands to regulate the Coronavirus spread. Approximately 31 percent of the workers in the surveyed companies were working remotely in July.

“Now, with the new pandemic, it’s almost inevitable,” one Japanese said during an interview with The Washington Post. “It’s a transformation in a culture that has brought us in.”

On the other hand, Nihon Keizai Shimbun also decided to survey nearly 140 leading firms in Japan. They found that more than 50% of companies said they have partially switched to teleworking or in principle. People are starting to realize that they can actually do remote work. The new method is considered to be even more flexible than before. Panasonic and Unicharm, these two giant companies also introduced remote working and hit the headlines every day. 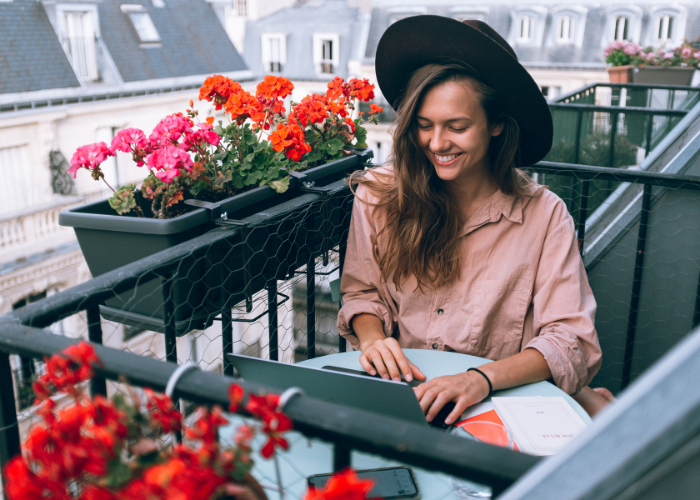 Yet Japan is still far behind the massive restructuring of work culture amongst its global competitors. In Germany, for example, a survey conducted in July by Instant Group, a workspace innovation company, found that 80 percent of companies had some flexible work strategy, providing more opportunities to work remotely. On the other hand, a report by the Institute for Economic Policy Research of the Stanford University Center, published in June, found that 42 percent of the U.S. labor force was working from home, while 33 percent of employees were out of work due to a pandemic that devastated the economy.

However, the 2020 revolutionary in work culture response to the Coronavirus pandemic is still considered a sign for moving to a better work-life balance in Japan.

“Finally, with the Coronavirus, Japanese people have realized how bad it was, and that remote working is actually a good way of working,” he added. 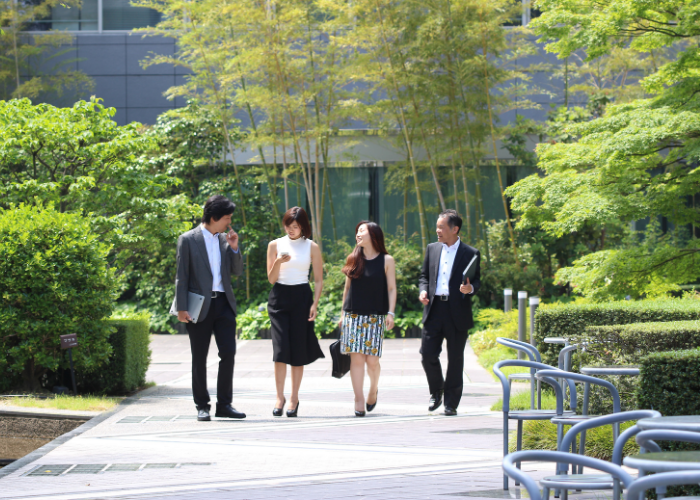 An expert in H.R. consultant Emily Draycott-Jones has stated that “COVID has made employers move away from traditional thinking that productivity is contingent upon set hours within an office environment.” Most of the interviewed Japanese said that the Coronavirus crisis had provided them an opportunity to spend more time with their relationships, especially family members. According to the National Institute of Population and Social Security Research, the average time spent each day (weekday) on housework is 263 minutes for the wife compared to only 37 minutes for the husband. In Japan, women are typically considered to have responsibilities for “both work and home.” Ms. Eriko Miyamoto, a freelance editor/writer, also agrees with us, “Japanese men spend very little time doing household chores.”

Japan is still far behind the massive restructuring of work culture underway among its global competitors. However, the 2020 revolution in work culture response to the Coronavirus pandemic is still considered a sign of moving to a better work-life balance in Japan.

The Guidable team does hope that you found this article a helpful piece of information! After all, all of our activities are aiming for a better life for foreigners in Japan! So, stay tuned and follow us!