The Baito Ladder in Japan | Guidable

The Baito Ladder in Japan

Hi there, if you have just arrived in Japan and you are looking for some work to do, congratulations, this article might be a good piece of information for you! It contains “what-you-need-to-know-first-of-all” about finding part-time jobs in Japan. Because, there are jobs that are extremely difficult to get alongside plenty of jobs that are quite easy to apply for, depending on how good your Japanese ability is. There is a sort of “Baito Ladder” that exists for foreigners in Japan. In other words, if you have “zero” Japanese ability, you first look for jobs in light industry such as factory jobs, and when you can speak some Japanese, restaurant or combini jobs are waiting and then you gradually advance to white-collar ones.

However, do not feel nervous yet. Due to the experiences of many “senpai”, it is not that difficult to have a good part-time job if you know how to take action wisely!

What kind of Baito jobs are available in Japan? We will be following the ladder! 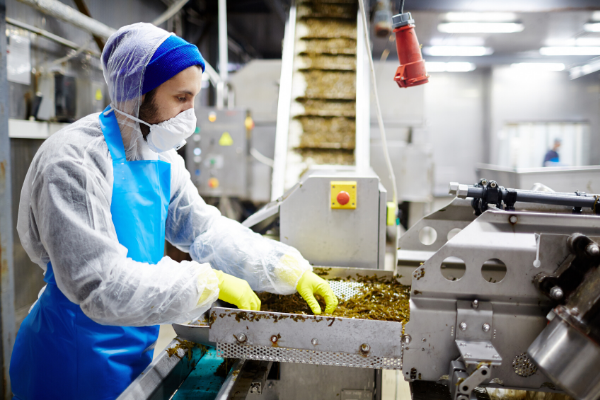 Working in a factory in Japan

Japanese language proficiency: N5 or none

As an industry, you will work in factories. The job is packaging (instant foods, bento – lunch box, …). You will spend most of the time working in the carousel area, therefore, Japanese is not necessary due to the lack of communication.

However, the working environment is very complex, many people usually do not last long, only work for a short time and then leave. Also, there are few factories in big cities like Osaka or Tokyo. Thus, you will not have many choices due to the lack of work offers. How will you work? workers just simply pack the product to other parts for delivery. Surprisingly, the salary is quite high, about more than 1000 Yen / hour. It is even higher when you decide to take night shifts. 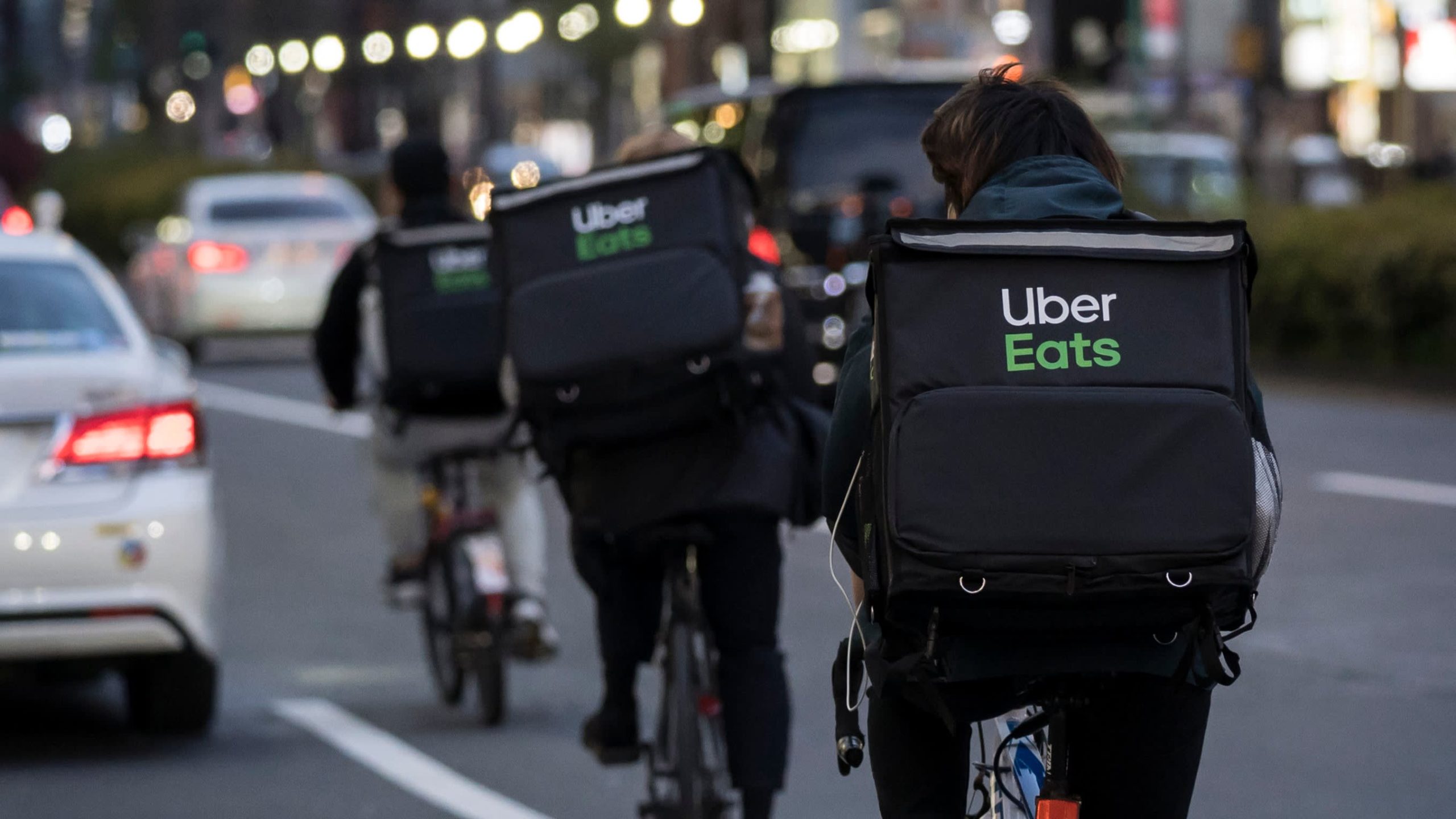 The delivery job does not require Japanese, you just need some very very basic Japanese communication skills to work as a delivery person in Japan. If the level is too low, you can only receive the delivery task. The salary is about 1000 Yen / hour.

In big cities such as Tokyo and Osaka, you can work as an UberEat driver. You will be delivering food odering from customers through an App named UberEat! You will earn about 10000 Yen a day depending on the number of deliveries you can make. 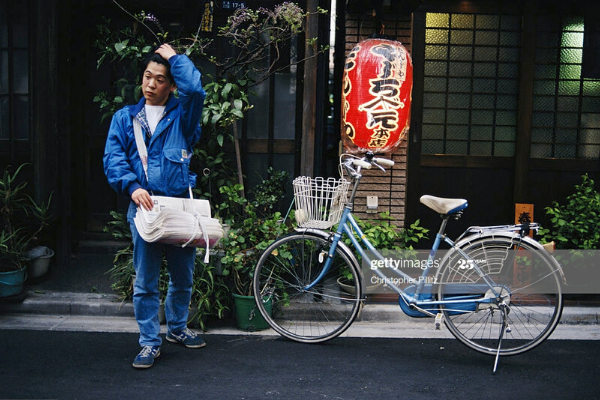 Surely many of you will know about a famous newspaper scholarship named “Asahi Scholarship”, right? The newspaper delivery is just basically putting the newspaper to the customers’ door every morning then leave, so there’s no need to talk to anyone. You can earn around 1,200 Yen / hour (about 13 ~ 14 man / month). However, you must get up early to go to work at 1 ~ 2 am until 5 ~ 7 am on weekdays.

The most difficult task is you have to remember the address of each place in your delivery list. Do not worry, even if your Japanese is not good, there is no problem.

However, recently people tend to read online newspapers instead of original newspapers, so the number of traditional newspapers has decreased gradually, meaning that there are fewer job offers than before. 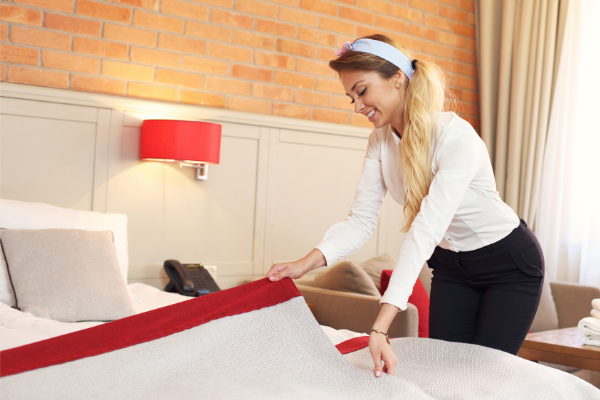 This baito job is considered as one of the most popular part-time jobs for international students. If you have N4 or being able to basic communicate in Japanese, you can work several tasks such as cleaning the room, washing dishes, polishing glass doors,. The salary ranges from 950 Yen to 1000 Yen per hour. However, there is one minus point is that the work shifts are normally short, only about 4-5 hours. 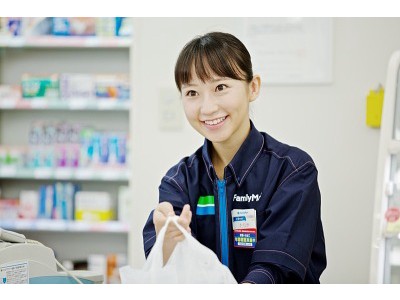 Combini or Konbini is the common name for convenience stores that are popular throughout Japan and popular among the people here. Speaking of Combini in Japan, can not help mentioning the big-three: 7-Eleven (Seven – Eleven or 7-11), Lawson, and FamilyMart. These convenience stores are one of the places where many students, especially international students are currently working as baito.

If you have an N3 qualification or enough basic Japanese communication skill to handle the interview, you can work in convenience stores or restaurants. Especially in big cities where there are many Chinese and Vietnamese students, the jobs professional guidance section also includes Vietnamese, Chinese, or even Korean in some workplaces. I think this job is not difficult to apply.

But Japan’s convenience store system is arguably the strongest with the most functions in the world. So employees have to not only know how to display items in the store but also how to manage money, guide customers to use ATMs and copying machines, make fast food, send goods (function as a post office), …….

The salary ranges from 950 Yen to 1200 Yen, this environment will help you improve your Japanese ability. 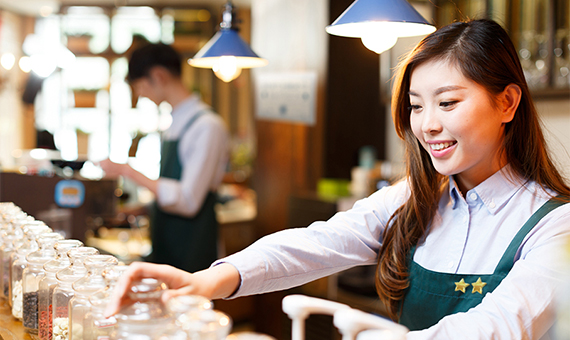 If applying for restaurant staff, you are allowed to do the following two:

Waiters are the ones ordering and bringing food to the guests. This job requires highly qualified people because they often have to talk to guests. 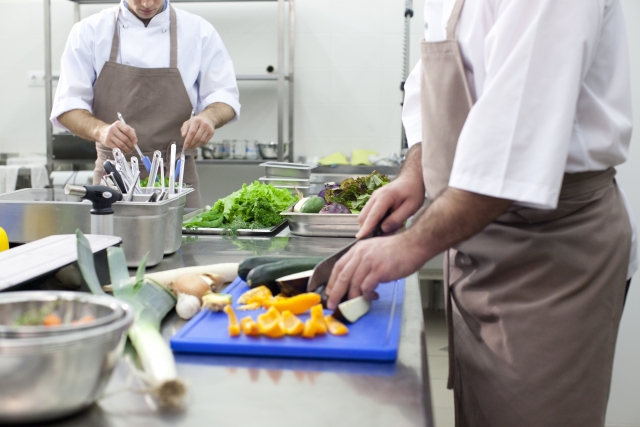 Working in the restaurant kitchen

Kitchen assistants are responsible for preparing dishes that have been called by customers. However, in Japan, the assistant cook also needs a certificate to work.

Therefore, if students work as an assistant cook, it is almost like washing dishes, or reheating and frying ready-made food.

Japanese students are also more interested in working in restaurants, especially girls, and will often meet Japanese girls who are waiters more than boys.

If you want to make friends with many Japanese people, you can apply for this job. The salary is neither high nor low, ranging from 800 ~ 1,000 Yen / hour depending on the area in Japan. 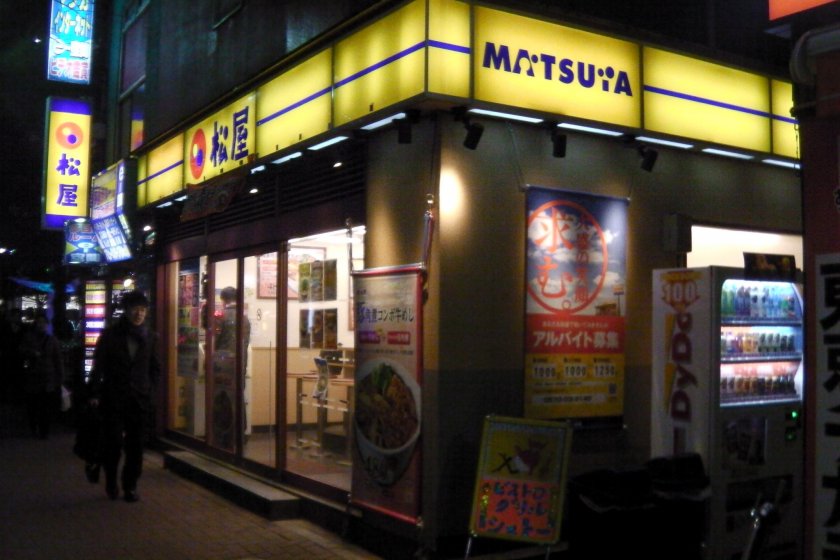 Matsuya – one of a gyudon restaurant in Japan

There is a reason why I do not put Gyudon into the Restaurant section.

Because Gyudon employees both have to play the role of a kitchen assistant and a waiter. Hearing this, many of you will think that the work is quite hard.

Indeed, the work is quite hard, but since Gyudon restaurants start to use automatic ticketing such as Matsuya, the Japanese ability at a minimum is still acceptable.

However, due to the busy work of both the assistant cook and the waiter, there are few opportunities to talk with other colleagues, resulting in not being able to make friends and it is also difficult to improve Japanese. 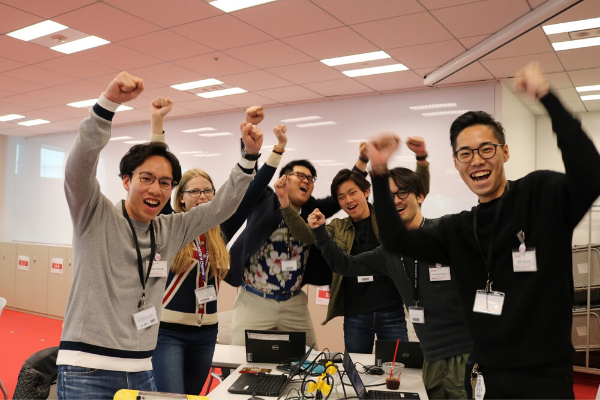 Some companies are willing to have you in the office as a baito worker!

Once you have reached the Japanese Level of N2 above, you might want to find some “brain-needed” work to gain experiences and knowledge but balancing the work and the school will be such a difficult task. Do not worry yet! Some companies out there are willing to get you into work as a baito (part-time), especially Telcos. Softbank, Au Mobiles, UQ Mobiles,.. are telecommunication companies who do really need bilingual workers in order to serve the high amount of foreign customers.

On the other hand, due to the high rate of foreigners real estate brokerage companies also need foreigners who can speak English and Japanese fluently.

Surprisingly, despite the fact that the company will demand from you higher skills in Japanese, the salary is not higher, ranging from 1000 Yen to 1200 Yen per hour. 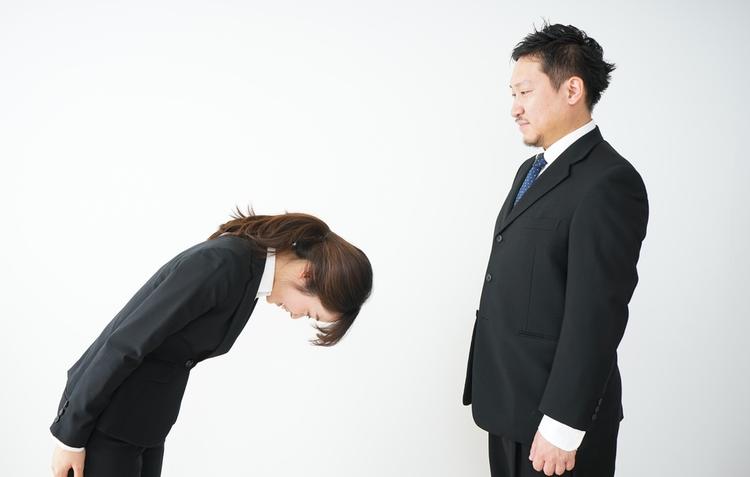 The friend who “shoukaied” you will probably be your trainee during the probationary period.

This is the ultimate tip for you to get a baito job!

Well, even though being able to communicate in Japanese is extremely important when you work in Japan, you can do the job if you have a few connections because in this country there is a tradition called: Shoukai (紹介). It means the person you know will introduce you to the boss for work. Although you lack of Japanese skills, just try to show you are an eager-to-learn person, it is not as difficult as you always thought. For example, you thought that the image of working in Conbini (Japanese Convenience store) would be like communicating to the customer all the time and you were scared. But the fact is you just need to say a few sentences repeatedly.

What is the 103万 壁 (you start getting taxed once your earnings reach 103 a year)?

The 103万 壁 (100.000 tax wall) is well-known by the foreigners, especially baito workers and housewifes in Japan. When your baito income reach more than 103 man yen (103.000 yen) per year, you will have to pay two kind of incurred taxes: Income tax (所得税 しょとくぜい) and Resident tax (住民税 じゅうみんぜい). The yearly income will be calculated from 1/1 ~ 31/12 and not including the transportation fee (交通費) that the company paid for you. But surprisingly, the standard bonus money will be added to the yearly income as well. So please be aware!

So, the advice that the Guidable team prefers to tell you is that: Thinking wisely! Utilize the Shokai tradition! If you are struggling finding a part time job. Guidable Jobs are always willing to help you out! Check out the link belows!