When you think about working in Japan what comes to mind? Some of you might already have a settled life here in Japan with a stable career while some of you may just be moving here and are eager to get a job and start your new life here. There are quite a few cultural differences that may come as a surprise when you first move here, for example, there is a significant emphasis on work in comparison to that of the United States. For those getting their first job in Japan, it can feel overwhelming and feel as though you are being overworked while your other co-workers see this as normal.

1. What Jobs Are Out There For Foreigners in Japan?

So, what jobs come to mind when you think of jobs available to foreigners? Most of you probably thought of English teaching jobs, right? This is a pretty easy job to get in Japan because this is a position that’s always being sought after in the job market. When you look for these kinds of jobs, however, you might have noticed that many places mention teaching certifications. What if you don’t have a license for teaching? Don’t worry, you still have plenty of opportunities!

People without a teaching certificate have the opportunity to teach under the JET (Japan Exchange and Teaching) Program. If you have a license then there’s a job waiting for you in any school like primary school. Second, other popular jobs are IT (Information Technology) as well as engineers. Interesting facts about these jobs are that many foreigners end up having little to no Japanese speaking practice since they only have to do the task they are given; which language that instruction is given in does not matter. If you’re an excellent Japanese speaker, then another job is translating. Not just for English but many other languages are needed. However, if your Japanese is not up to par, then there are other more opportunities like service staff. Such as hotel, restaurant, and other tourism industry. Overall, we can understand that it’s not too hard to find a job in Japan as long as you have a proper background such as degree, and there are more job chances if you speak Japanese. 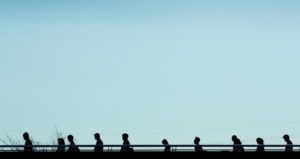 Regular jobs like teaching or service staff will often have low income, while on the other hand, working in a company as IT or engineering, the income goes up. But like I said previously, it depends on the company as you will find some abnormally high paying jobs once in a while.

For example, let me introduce you my two friends who are both working as an English teacher here in Japan. My first friend is a 26-year-old woman from Denmark, and she’s been working in Japan for about three years now. I was taken aback when she told me her monthly income. Not only was it was much higher than the average amount of a Japanese woman her age is paid. But, her company also pays for her monthly apartment expenses!

On the other hand, my other friend who moved from the Philippines about half a year ago is less pleased with her working situation in Japan. When she was working in her the Philippines, she said she felt overwhelmed with the salary she was getting paid, but after coming to Japan, she feels it’s much more difficult to live comfortably because of the high costs of living here. Even though she is receiving more money than she did in the Philippines, she finds that she struggles to save money more in Japan because of this reason. It’s interesting to see how you can have very different experiences based on what company benefits you have.

Compared to Western culture, overtime is something that most regular employees should take part in to show their dedication to their work. This is different than the West, where many believe that the quality of your work is important, and working past your hours can make you look like you can’t do the job very well. The mentality of the West is not that of “living to work”, so leisurely time takes priority over work. Whether this is related or not is often debated, but some believe the work culture has contributed to depression. Have you ever heard of the phrase “karoshi (過労死)” from the media before? For those who haven’t, “karoshi” means death due to overworking oneself. Although these cases are rare, it is still a reality that people face in Japan. Most companies will understand if you don’t take part in overtime as often as other Japanese workers because of the cultural differences. 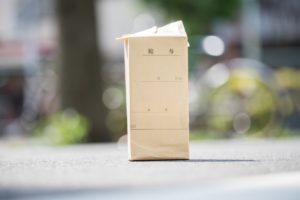 3. How are Foreign Workers Treated in Corporate Japan?

To discuss this matter further, I felt it was best to talk about my German friend who has lived in Japan as an engineer for the past 5 years. He originally came here as an exchange student, graduated University, and then got his dream job in his favorite country, Japan. He once mentioned to me that he was honored to have been hired into such a big and prestigious company here in Japan, but that once he started working it didn’t meet his expectations in the beginning.

He realized that the Japanese mentality was a lot different than what he was used to in his country, especially because the company that he worked at wasn’t used to foreigners. Compared to his time during University as an exchange student, the people he was surrounded by were able to adapt to his behavior and accept him quickly because they were used to foreigners, but at his company, people found it difficult to accept him like everyone else.

However, the company he’s in was not very international. “People are nice. They always are” my friend told me, “but I always have the feeling that I’m seen as a different person. Like you know, I’m always just a foreigner to them.” This is probably because many Japanese are still not used to people from outside of the country. He told me that he used to feel like there was a wall between the people who speak English and non-English speaker. “I hated feeling the barrier between them, so I came up with an idea.” “One day when I came to work really early, I saw some of my co-workers were already inside and they were tiding the office! I didn’t know that we workers need to clean the place, so from the next morning I came in as well and helped them.” “I still remembered the look in their face how surprised they were. But because I did this, they came to chat with me and asked me out to lunch sometimes. They even introduced me to the other workers I never really had a chance to talk to so I was really happy about that.” Japanese people can be very sensitive, and sometimes they keep their distance from those who they don’t know very well, especially foreigners. However, if you want to get along with your workers, perhaps it’s important to show that you’re capable to work with the others by making an action as my friend did. 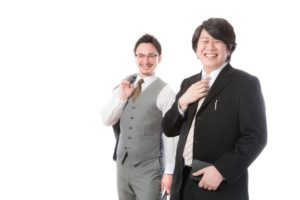 4. What Challenges Do Foreigners Face Working in Japan?

This is probably the biggest challenge that any foreigner will face. In some jobs, there may be an English speaker among your co-workers so you may be lucky to have a translator. Although you have a translator between you and the listener, more often than not, they will not understand you one hundred percent of the time either. So if you’re thinking of living in Japan as long as possible, now is the time to study Japanese seriously.

This may be difficult because of the cultural differences, but as I mentioned earlier, the Japanese mentality of work is far different than that of the West, and you may feel that even without the overtime hours. Meetings may go on forever, emails may be extremely long, and you may be forced to remake the same documents over and over again. Yes, I understand this can drive you nut, but you have to understand this is how it’s like to work in a Japanese company. It’s good to have a responsibility in making decisions, but it often also makes things more complicated than they have to be.

Japanese are very serious during work. If you ever had a job here in Japan, you may have noticed how quiet the office can get. Most of my foreign friends have mentioned that it’s looked down on to chat or make jokes while doing their job and sometimes they find it hard to stand the silence. The Japanese try to show that they are concentrating on their job because they are afraid of their boss will judge their performance as lacking. So if coworkers don’t get to socialize during work, when do they? A common practice is to hold a business drinking party, “Nomikai (飲み会)”, after work. Not just once a week, but some companies will get together almost every day of the week! Most likely you’ll get a free meal, but since the Japanese like to talk about work even outside of the office, it can feel a bit stressful. 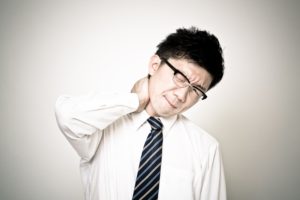 After reading this article, did your image about working in Japan change? Even though you may have visited Japan many times, getting into a Japanese corporate will show you a new side to the culture. I personally think that it’s important to have more foreign workers in Japan to build this society into a better place.

Traveling is my life. Quit working as an International Youthhostel staff and started my career as a travel writer. I’ve been to 47 prefectures in Japan and 25 countries so far. Besides traveling, I love to eat, drink and think plans for my next journey.