Why is the omiyage culture an essential work tradition in Japan?

As globalization sweeps the world, several Asian countries, including Japan, have carried out a more favorable policy for foreign workers. Japan is now welcoming more nationalities to work and augment its national workforce, a move necessary to support the world’s second-largest economy.

If seeking work opportunities in Japan is part of your priorities this year, make sure to find the time to learn its language and familiarize yourself with Japan’s unique work traditions, one of which is the omiyage culture.

Anywhere in Japan, especially in destinations frequently visited by local and foreign tourists, there are several tourist shops that are filled with colorful, sleek, and kawaii boxes of local sweets that are perfect for gifts – these are omiyage.

You must have heard the term omiyage several times by now, you might have seen it in your favorite Jdrama or you might have received one from your Japanese friends as well.

Omiyage (お土産), based on its two kanji – 土 (earth / ground) and 産 (product) – literally means a local product and is used as a gift or souvenir.

For foreigners, omiyage is translated as ‘souvenir’ in English, however, in the Japanese culture, there is more to omiyage than being your typical souvenirs from a trip.

In western culture, a souvenir is any item you buy for yourself or for your friends and families back home to remember your recent trip. These items could be sweets or local delicacies of the place you visited or mostly non-food items like key chains, ref magnets, postcards, trinkets, etc. In Japan, however, omiyage are usually local sweets or other food items that are locally produced in the place of your recent trip and are intended to be given to your friends, especially to your co-workers.

When Japanese take leave from work and go on a vacation, they spend a little more time in thoughtfully buying omiyage that they can bring back to the office and give to their co-workers. It is a way of showing gratitude to those who were left behind to work, especially to those workmates who took care of some tasks while the others were away.

Bringing omiyage back to the office is also a thoughtful act of showing respect to your co-workers, and it also means that you are sharing your experience with them through your gifts. 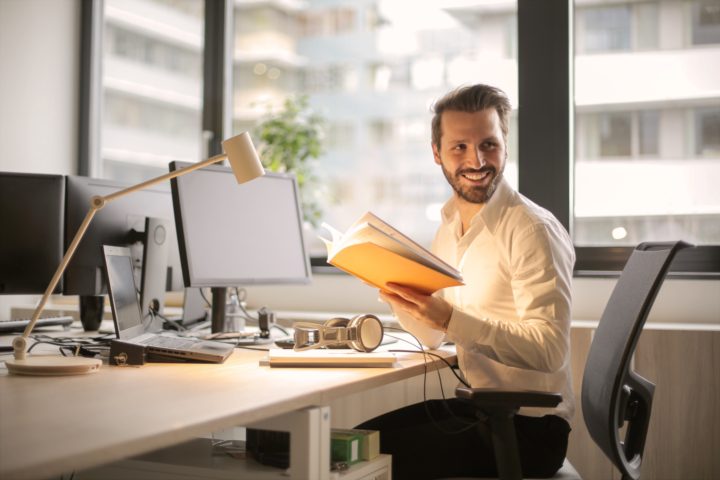 Are they expecting to receive omiyage from you? Yes, they are but it doesn’t mean you are forced to buy omiyage for them. It’s a genuine and thoughtful act of gift-giving and the will itself must still come from the heart.

What Are Common Omiyage Gifts?

Remember that omiyage is related to the locality of the region or prefecture you are visiting, so whenever possible, buy omiyage that best represents the place of your recent trip, or opt to buy a unique product or sweets that can only be found in that area.

I’ll give you some examples; In Okinawa, you will find a lot of goya products; in Tokyo, you will most likely find the famous Tokyo Bananas; in Hokkaido, you will have melon and pineapple products; and in Kyoto, you can’t miss its unique uji-matcha and yatsuhashi flavors.  Other omiyage you might want to consider are as follows:

This is a traditional sweet that is originally from the Hiroshima prefecture. It is a maple leaf-shaped cake, and its name comes from the Momiji (maple) valley in Hiroshima, where this a local delicacy. Next time you visit, make sure to grab a box or two of this omiyage that you can find all throughout Hiroshima.

Everytime I see the name dango, I am reminded of the Dango song popularized by the KyoAni produced anime, Clannad. Anyway, sasa dango is a type of rice cake or mochi made from mugwort herb, azuki paste, or kinpira root, and is wrapped in bamboo leaves. While it is a famous treat during the Boys Festival, this is now enjoyed year-round and a popular omiyage pick, too. Next time you visit the Niigata Prefecture, make sure to include sasa dango in your omiyage finds.

You can’t leave Sapporo without trying its well-known freshly-baked cheese tarts (trust me it tastes great).

If you happen to be in Nagoya, which is famous for its miso, you can also include hatcho miso in your omiyage options. It’s not your typical kind of omiyage, but it is something that you can give to your colleagues who loves to cook dishes. Miso is a traditional Japanese seasoning created from fermented soybeans.

Another popular omiyage from Hokkaido is Shiroi Koibito, a butter cookie and Royce chocolate that is famous even outside of Japan. Your co-workers who love rich and creamy choco will surely love to receive this from you.

A Yokohama favorite, this German cake was said to be brought to Japan by a German who opened a bakery in Yokohama in 1921. It comes in different flavors and is shareable among a group.

When in Kobe, you can grab some fugetsudo or wafer omiyage in addition to your castella cakes. These are the top Kobe favorites. Fugetsudo are often packaged in kawaii and decorative tins, which can be recycled, making it a good choice for omiyage if you are traveling overseas.

Aside from the tourist shops you can find in almost every corner of your destination, you will never run out of omiyage options in train stations and airports in Japan, too. 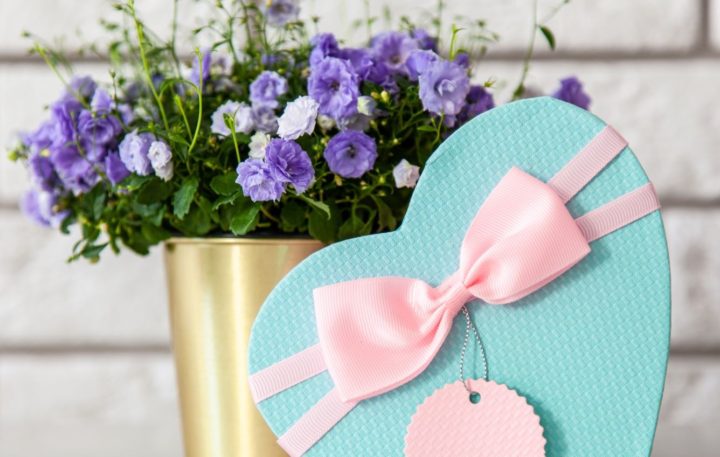 Who Should You Give Omiyage To?

The giving of omiyage is not only limited to co-workers, sometimes omiyage is also given to people whom you feel connected with, a friend you haven’t seen in a long while, someone who has done something good for you in the past whom you want to give something special in return, or someone you want to share the experience of your travel with.

Remember to buy an omiyage that is also shareable among your co-workers, friends, and family. The gift-giving culture is also meant to be a gift-sharing one, so consider how many boxes you will need to buy and for how many people you intend to share the omiyage with.

Also, do not expect people to open the omiyage right away. Don’t get offended, especially if they put your omiyage aside the moment they accepted it.

If you are a foreigner, they will not expect to receive an omiyage from you, but it is an important Japanese tradition, and eventually, they will still expect you to follow their tradition, especially if you have been living and working in their country for a long time.

I have received some omiyage myself from my Japanese friends who visited me and whom I visited in Japan too. They know that I love strawberry flavored sweets (although I don’t have a sweet-tooth), so I often get strawberry-flavored omiyage in colorful and cute boxes, wrapped thoughtfully and beautifully, too.

The omiyage culture is one way of understanding one another, a way of forging a more meaningful relationship with your co-workers and Japanese friends, it is also an act of spreading the joy of traveling and gift-giving.

In other countries, gift-giving is also valued, but it is not as traditionally practiced as it is in Japan. Mostly, when someone buys a souvenir, it is for himself or herself to take home, something that would remind her or him of the trip. Often, souvenirs we bring back home are not food and non-shareable.

I have been traveling for a long time now but I seldom bring souvenirs for my colleagues at work. Most of the time, I only bring home key chains or postcards for my family and closest friends. While the budget is a good excuse, I realized that it would have been more thoughtful and nicer if I also bring something my co-workers can share among themselves.

I learned from my Japanese friends that a bulk of their time on vacation is spent on carefully choosing the most genuine omiyage they can bring back home or to their workplaces.

How Did the Act of Omiyage Start?

Although there are no concrete records of its history, most of my Japanese friends whom I have asked said that the omiyage culture, like many of the Japanese traditions, must have a connection with the Shinto religion.

Looking into related literature about omiyage, I stumbled upon an interview done by Yahoo! Japan with the author of Omiyage and the Railway, Yuichiro Suzuki.

According to the article and interview, “the origin of omiyage is unclear, but it is thought that the custom began in association with sacred pilgrimages. Those who visited Shinto shrines were expected to bring back evidence of the pilgrimage to their families in the form of charms, rice wine cups, or other religiously significant items. It was thought that the protection granted to pilgrims would be transferred to whoever received the items brought back from the sacred trip. This is said to be the beginning of omiyage.”

Suzuki added that food preservation techniques were limited back then and people traveled by foot so they could only carry light items such as medicine, money, and ear picks. However, after the development of railways in Japan, omiyage in the form of food and sweets started to become an option.

Suzuki cited the Abekawa mochi of Shizuoka Prefecture as an example. He said the mochi originated in a small tea house next to Abekawa river. After the development of the railway station, the Abekawa mochi has evolved into a gyuuhi, a sugary confectionery, that lasts longer and can be taken for long trips. Since then, local sweets became a must-bring omiyage.

Other Work Traditions You Must Know

The omiyage tradition is just one of the many unique work culture that you must be familiar with. We have also included here other work traditions that might prove helpful to you now or in the future.

In many Japanese workplaces, the team or the company is placed above the individuals. In Western culture, teamwork is surely valued but so is individual freedom. In Japan, team leaders are seen as the sole decision-maker, and you cannot just exercise your individual freedom on important decisions that concerns the whole team.

After-hour get together and party

In Japan, workers are often expected to drink and party with colleagues after working hours. They have a term called nomikai – a drinking party – where workmates hang out, go for a drink or karaoke.

In other countries, colleagues call each other on a first-name basis, while in Japan this is a complete no-no. You have to address people using some appropriate honorific. The formality doesn’t end there because the scope of this includes your dress code, too. You will see them everywhere – in train stations, pedestrian lanes, and sidewalks – salarymen in black or gray suits with matching ties and glossy shoes; and professional women in a white button-down shirt, skirt, with a matching black blazer and high heels.

How Do You Feel About the Japanese Omiyage Culture?

We hope these insights about the Japanese traditions at work have helped you. It is up to you whether you think these traditions, especially the omiyage culture, should be adopted worldwide. What do you think? We will be delighted to hear your thoughts, too. 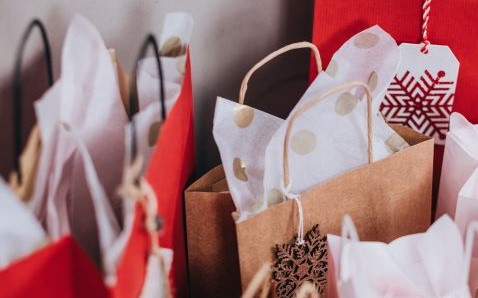 Nonetheless, next time you go on a trip, find time to bring back something, no matter how little or simple it may be, at least for your loved ones. It may not cost much but imagine the happiness that your fight can bring, knowing that you thought of them while you were traveling far away.

Always choose something that genuinely comes from the heart!