We’ve almost reached the New Year celebrations! Since 2022 is almost over and 2023 is already in sight, have you made any plans to spend the New Year with your loved ones?

How about trying to celebrate it like a local? It’s a great experience!

Japanese has a slightly different way of celebrating New Year’s Eve. It is not uncommon to celebrate it traditionally which Japanese people stay in touch with their culture.

For those of you who have no idea of what celebrating like a local is like, Guidable will help you take a look at what makes the New Years celebrations in Japan different from in other countries.

Japanese Traditions For The New Year 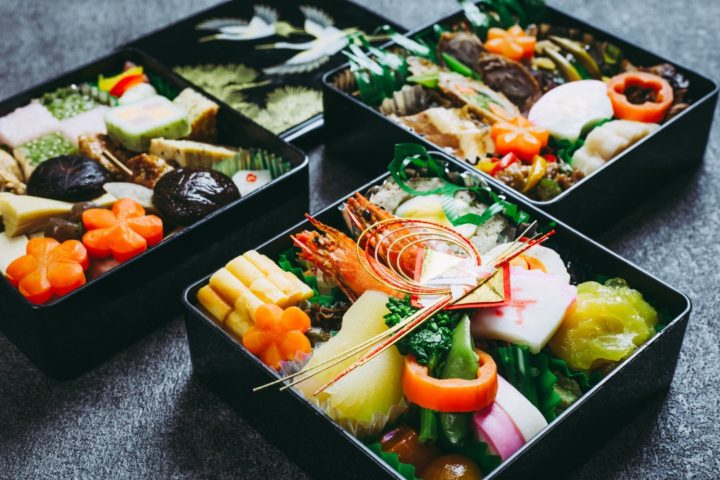 Let’s begin with one of the most common traditions in Japan when it comes to celebrating the New Year; osechi ryōri.

Eating osechi is essentially the practice of eating assorted traditional Japanese foods from (usually three) square-shaped lacquer bento boxes that have been layered on top of each other. They are called jūbako (重箱) and are traditionally eaten together with the family!

Traditionally, osechi was prepared at home before the end of the year as it was taboo to use the hearth for the first three days following the New Year.

Now, however, Jūbako can be bought anywhere from konbini, to supermarkets to specialist stores!

Each mini dish inside the jūbako has a special meaning meant to represent the fulfilment of a certain wish for the coming year. For example, datemaki (伊達巻) which are sweet egg rolls represent scholarship as is it said that their rolled shape look like scrolls.

Everyone, but especially children, are usually excited for Osechi Ryori as it’s a chance to completely customize your bento and try something a bit more expensive than usual! 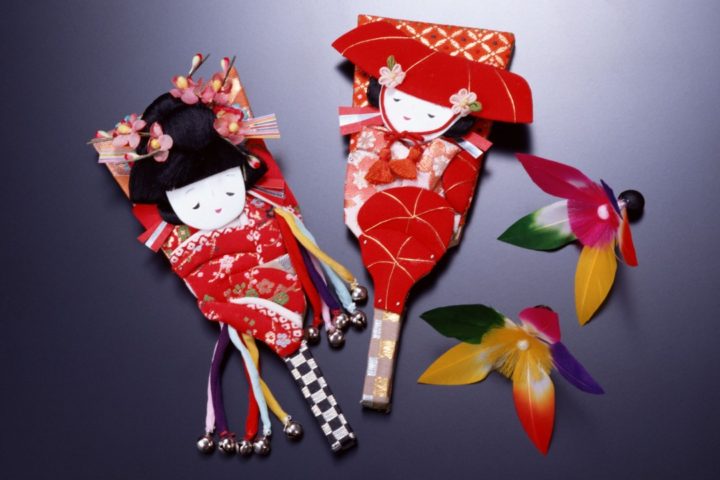 Have you ever noticed wooden ornaments depicting traditional images such as Japanese geisha with full makeup and kimonos at New Year’s celebrations in Japan?

Hagoita (羽子板) are wooden paddles used to play the traditional Japanese game hanetsuki (羽根突き) which can be compared to badminton in the West and is usually played at New Year.

In the past, Japanese people believed that hagoita were able to get rid of evil spirits, because they thought that in the same way the paddles pushed away the shuttlecock, they were able to push away evil spirits using it.

Some traditional houses display their hagoita ornaments in their yards or houses, but you may find them in places such as festivals, museums, or theatres as well. 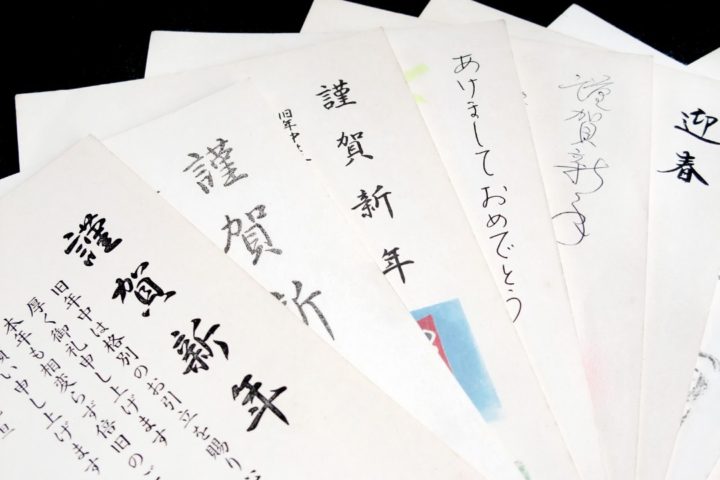 Since we are moving towards digitalization, companies such as LINE have begun offering electronic nengajō that you can send through the internet, meaning the number of nengajō being sent through the post is falling.

If you want to try sending nengajō, make sure to send them before Christmas, as the postal service may face delays around the New Year! 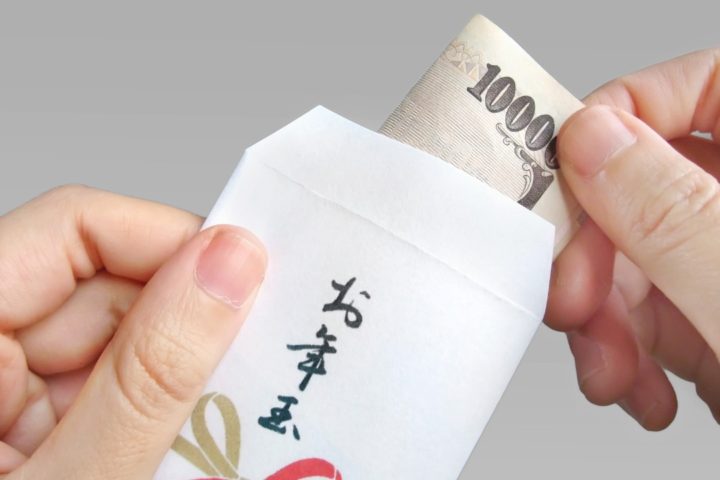 Here comes the most exciting New Years tradition that is often long-awaited by some, especially children!

Otoshidama are another way to express gratitude and love by giving some money to children and young adults (usually those of school-age).

Otoshidama are usually given to children from close relatives such as parents, grandparents and aunts and uncles. The average amount given is usually about 5,000 yen which is packaged in a beautiful envelope, sometimes with a few sentences of gratitude written on it.

The amount may vary depending on the children’s ages; the bigger they are, the bigger amount they might get! 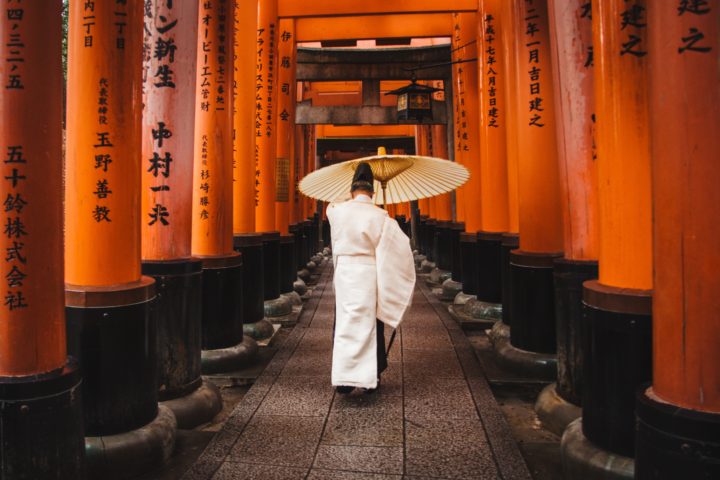 Another crucial thing the locals do in Japan around the New Year is going to shrines or temples on the first day of the year or the few days following the first.

On the first, it is common to see couples who are soon-to-be-married and the elder generation praying at shrines and temples rather than later on.

Japanese people believe that praying at a shrine or temple at the beginning of the year will make their wishes come true for the year.

For this reason, people will line up before midnight to pray at the shrines on the first. Accordingly, shrine administrators will also provide prepare things such as stalls selling traditional food and places to buy omamori and other things that will bring you good fortune in the year ahead.

At some famous shrines or temples such as Asakusa-jinja in Tokyo, Fushimi-inari in Kyoto, or Itsukushima-jinja, you can even enjoy mini-festivals! 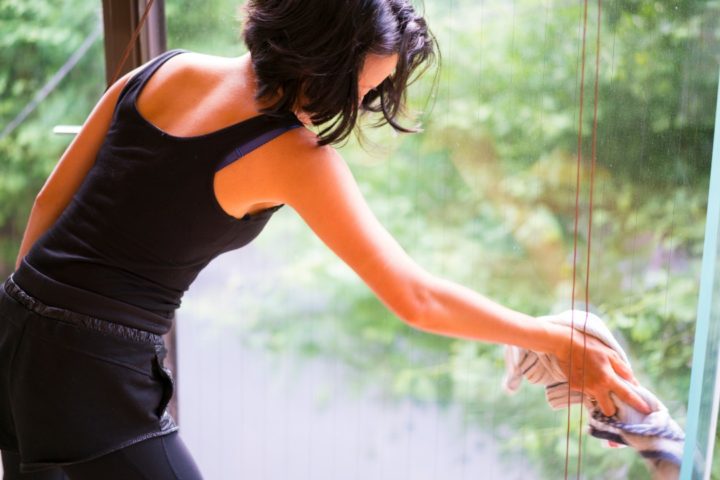 This tradition may share some similarities to other cultures in the world, since cleaning up is often thought to help welcome the days ahead.

However, the Japanese have particular traditions related to removing dust and dirt, as it is believed that getting rid of these helps to purify the house and get rid of evils in preparation for the arrival of the New Year.

Some families choose to throw away things that are needed or that have gone unused for a long time, while some go as far as to throw out old things and replace them as a symbol of a fresh start in New Year.

For this reason, recycling, electronic, furniture, and garbage disposal companies are packed during this season to match demand. Therefore if you’re planning to get rid of your old things, you should make sure everything is disposed of properly and at the right time! 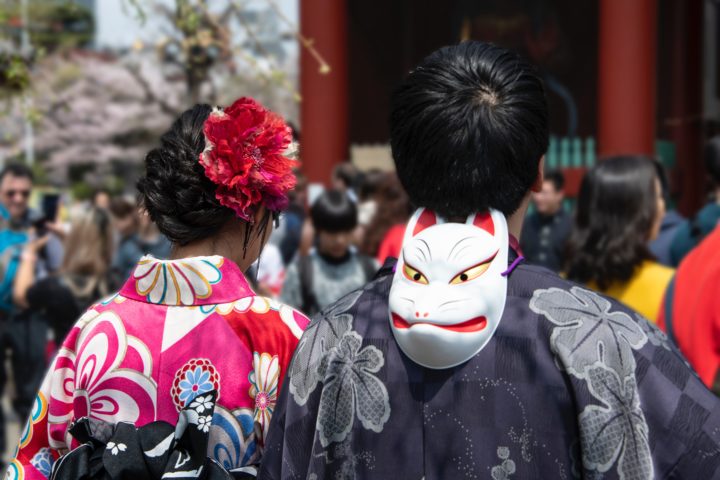 Another exciting tradition in Japan that you may not find in other cultures in welcoming the new year is having your future told, which is called uranai in Japanese!

From special uranai books that tell your future based on your date of birth, to actual fortune-tellers and omikuji drawn from temples and shrines, Japanese people are always curious about the future.

Japanese people, and especially the younger generations, love having their fortunes told before the arrival of the coming year, instead of waiting and guessing.

Although it is also common to go and choose an omikuji (おみくじ) when you go for your first temple or shrine visit of the year or have some read your fortune out from an uranai book, it’s even more exciting to go and have your fortune told by a fortune-teller (uranai-shi 占い師)!

The most common questions asked are around peoples love lives, careers and any possible bad luck.

Some fortune-tellers will read directly from your palms while some will ask you to choose from tarot cards. Around the New Year, you may find fortune tellers around the shrines and common places.

If you are curious about your own future, you should join them and try going to a fortune teller to have your palms read!

So, Did You Enjoy Seeing How The New Year Is Celebrated in Japan?

Of course, every culture has its own unique traditions and customs to make the New Year’s celebrations feel special.

This year, however, why don’t you try celebrating like a local and dive deeper into the Japanese way of celebrating the New Year? It will definitely be an entertaining and memorable experience!

Don’t forget to let us know what you did to welcome in 2023, and Happy New Year!