Travelling is part of our daily routine. We commute by different ways to reach our destiny. It may be office, bank, company, school, university etc; we use different ways of transport like motor bike, bus, car, taxi and so on. In my country, India we use bus as major means of transport. While in Japan train is a major commuting tool. Subway plays very important means of transport in Japan. In Sapporo it is a main channel of transportation. We have a beautiful subway system which is accessible from most part of the city. And punctuality of subways is highly appreciable. I never saw a delay of subway train in Sapporo.

The Sapporo subway system has 3 lines. 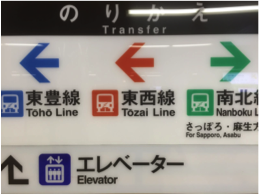 The minimum fare of subway is 200 yen. The maximum fare is 450. There will be fare table on each station. You can check the fare for your destination. The good thing is it’s written in Japanese and English.

How to use Subways

It’s quite simple. Just go to the nearest subway station. You can find ticket counters. First, search for the fare to your destination (Fig.1). Then buy your ticket at the ticket vending machine (Fig.2). Enter the Fare Gate. Insert your ticket into the slot located above the green arrow on the fare gate (Fig.3). Collect your ticket as you pass through. Find your platform by looking for your train line and your destiny (Fig.4). Line up behind the yellow line on the platform (Fig.5). After the train arrival the automated doors will open (Fig.6). Wait for the alighting passengers to get off before boarding the train (Fig.7). Then board inside. You can see the upcoming stations on a screen. It is displayed in both Japanese and English accompanied by announcement in both languages (Fig.8). Get down on your station. 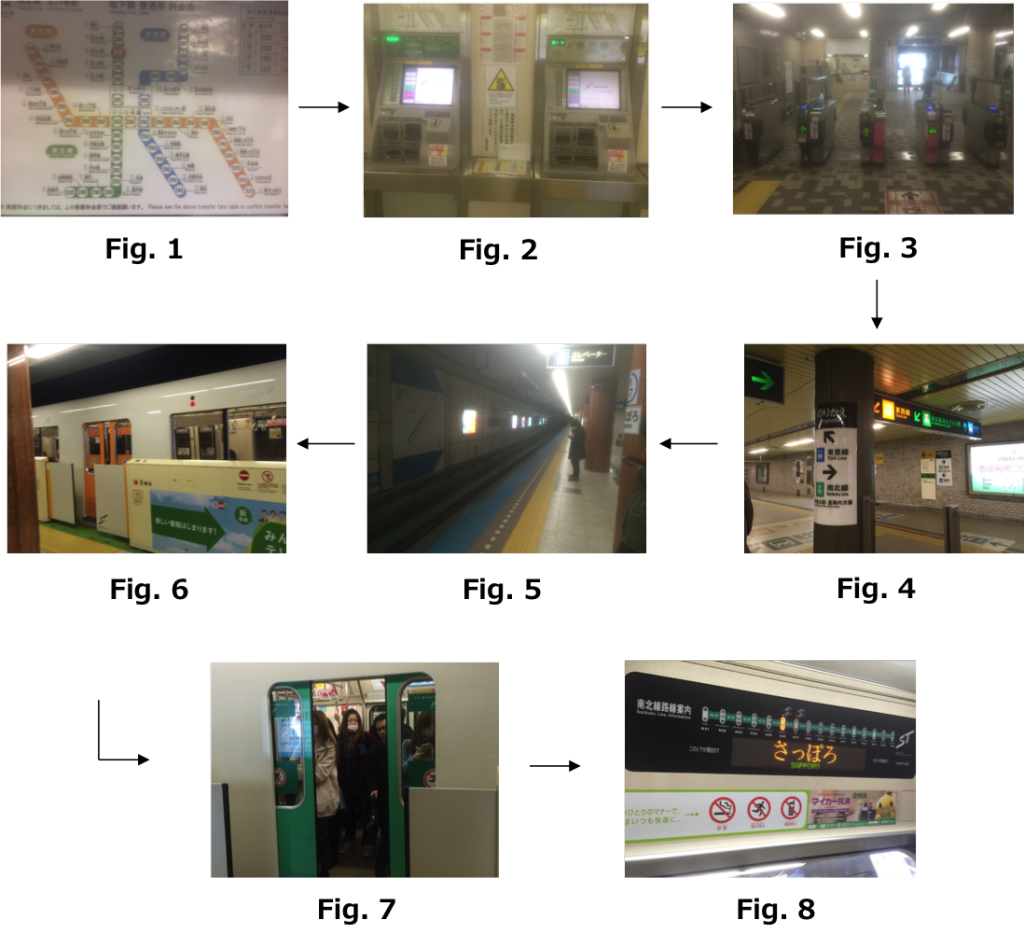 Sapporo subway station and Odori subway stations are main stations. This is a junction where you can change subway lines. If you want to change to Toho line or Namboku line or to JR line you have to get down in Sapporo station. In Odori you can change to any subway lines. It is crowded station where you can change to Toho line or Tozai line or Namboku line. After getting down just follow your line color on the floor. It’s easy to change your line without any hassle. Even the names of lines are indicated on floor. 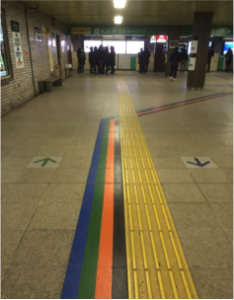 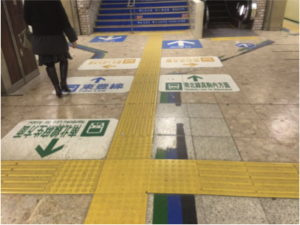 This is a money-saving pass that allows unlimited rides on subway trains for the whole day.

This is a one-day pass that can be used for the subway on Saturdays, Sundays, national holidays and year-end/New Year holidays (Dec. 29 – Jan. 3).

Sapporo also has smart card called SAPICA, which is valid on the Sapporo subway. 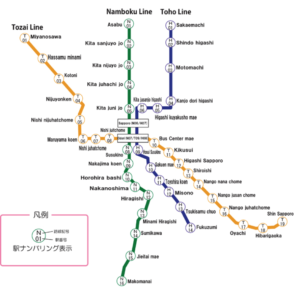 Have a nice ride!!