Although the Japanese TV and film scene may not be as well-known in the film world as others, Japanese creatives have been the masterminds behind several amazing TV shows and films, including Okuribito and Akira. Here are a few great Japanese TV shows available to watch on Netflix!

Midnight Diner: Tokyo Stories is a great option for those looking for something that is nostalgic and heartwarming. This anthology TV series centres around the mysterious ‘Master’ and his late-night diner, Meshi-ya. Each episode focuses on the lives and problems of one of the diner’s customers, with Master often playing the role of mediator and friend (in addition to charming and mysterious chef). 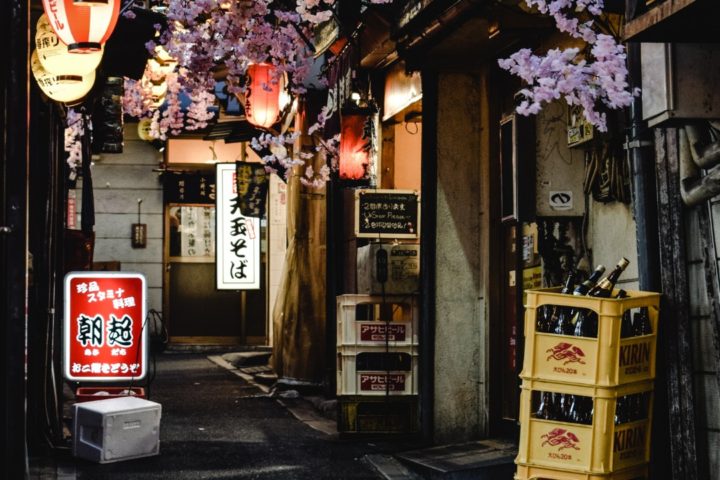 A large majority of the show takes place in the diner. Simply decorated and without the technology and interior found in many modern cafes and restaurants around Tokyo, the diner is a hark back to the Shōwa era. The nostalgic feel of this show in combination with its focus on people and food makes for great entertainment, especially when you’re looking for something to warm and relaxing to watch after a long week!

For those looking to familiarise themselves with Japanese home cooking, each week reveals another nostalgic meal with tips at the end of the episode to help you make it even more delicious! 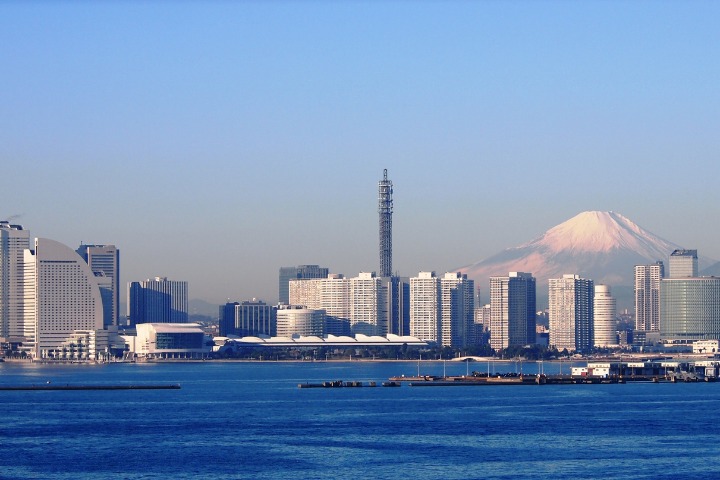 Japan Sinks: People of Hope explores a variety of themes, including Japan’s tendency to avoid fast-moving politics and the growing issue of global warming; themes that aren’t often explored in such depth on Japanese TV. The show’s ability to examine such serious topics whilst also making for great TV has helped it gain a lot of popularity recently both within and outside Japan.

If you enjoy Japan Sinks: People of Hope, great news! There is also an anime series based on the novel on Netflix (Japan Sinks: 2020 日本沈没2020) following the story of a family trying to survive after a huge earthquake sets of the sinking of Japan after the Tokyo 2020 Olympics.

It is important to note, though, that the events and storyline in Japan Sinks 2020 are completely unrelated to Japan Sinks: People of Hope! 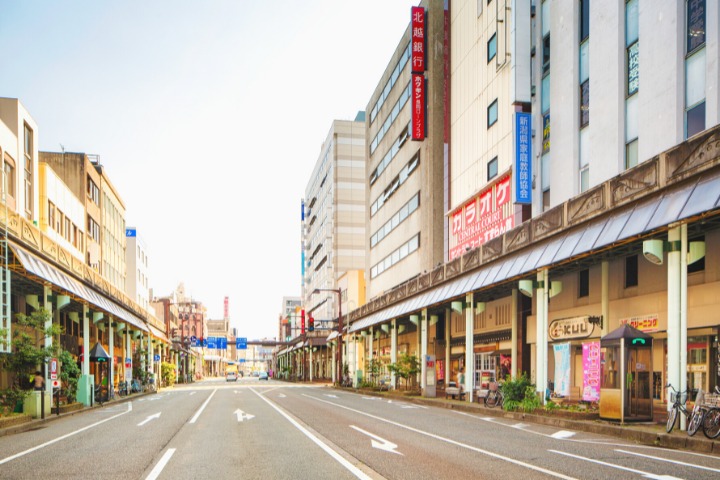 I’m sure by now we’ve all heard of Netflix’s hit show Squid Game from Korean director, Hwang Dong-Hyuk. Preceding Squid Game by a year, however, Alice in Borderland follows a similar concept of game-based survival (but that’s where the parallels end).

The main character, Arisu, and two of his friends end up in an abandoned Tokyo where they have to play to survive after the lights go out in the bathroom they’ve locked themselves into.

Whilst Squid Game is known for its hard take on the reality of those living in debt and those with wealth, Alice in Borderland is perfect for those who are looking to escape into a world more closely related to science fiction!

Ainori Love Wagon: Asian Journey is a remake of a hugely popular show by the same name that ran from 1999-2009. 7 young men and women travel across several countries in a bright pink van (the love wagon) in the hopes that they find love along the way.

Whilst it may not sound like much, what I like about this show is that the participants are normal people. In a show like Terrace House, the participants are usually young, good-looking, and searching for fame, and whilst it’s an easy watch, it can sometimes become tedious. 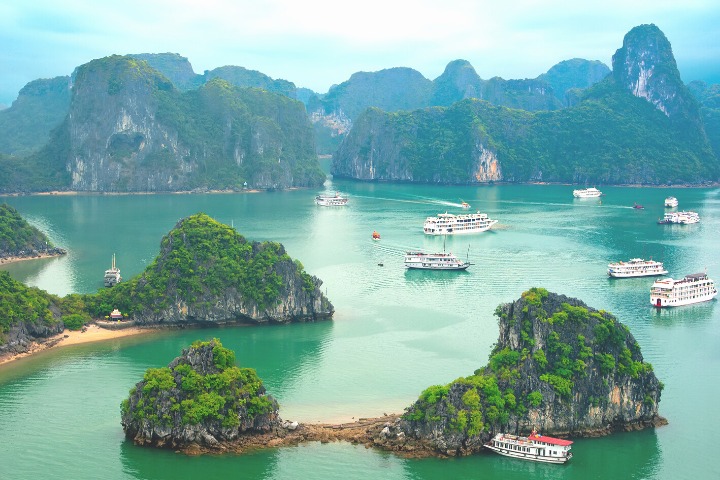 The participants of Ainori on the other hand are often people with everyday jobs and lives who are genuinely looking to find love. At times, they are thrown into situations that are challenging and (occasionally) life-changing!

Even better, not only do the producers of this show focus on finding love, they set time apart to explain (even briefly!) relevant cultural and historical points of whichever country they’re in while also looking at Japanese culture and society.

Along with a star-studded discussion panel, including the likes of Becky and Masayusu Wakabayashi, that add perspective and sometimes a little bit of sass to whatever is going on in the show, Ainori is a great watch for those who are looking for some (mostly) wholesome reality TV.

Not only are the participants of this show there to find love, but they’re also there to expand their horizons and learn more about the world and its people.

Often compared to Terrace House, Rea(L)ove is the black sheep of the Japanese reality TV world. Comparable to foreign reality TV shows like Love Island, if you prefer sass and trash-talking over the typical mild and good-mannered dramas found on most Japanese TV shows, then this show is for you!

This dating show revolves around a group of young men and women who all have a dark secret that none wish to be revealed to the others. One by one, at what is often the worst possible moment, the participants’ secrets are revealed to the rest of the group leading to some members being ostracised. 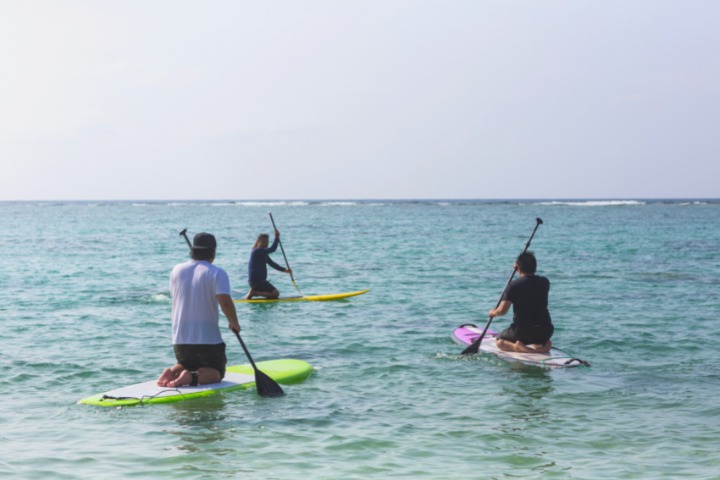 At the end of the show, all the participants are asked to confess their feelings for another participant, leaving together if the other person accepts or alone if they are rejected.

Hosted by comedian Atsushi Tamura who is known for his cruel humour and Mari Yaguchi who is no stranger to the Japanese press, these two hosts don’t hold back when it comes to criticising the participants, making for a ruthless nine episodes of witty comments and dark humour.

Although this is no masterpiece, it may be a breath of fresh air for those who are looking for something different from the usual mild-mannered TV.

Last But Definitely Not Least…

When the 20th-Century Expo, a theme park based on the golden age of the Shōwa Period, opens up, adults flock to it to try and relive their childhoods and enjoy the feeling of nostalgia.

However, when the adults all leave to go and live in the expo permanently, leaving everything, including their children behind, Crayon Shin-Chan and his friends go on a wild and humorous mission to get them back. 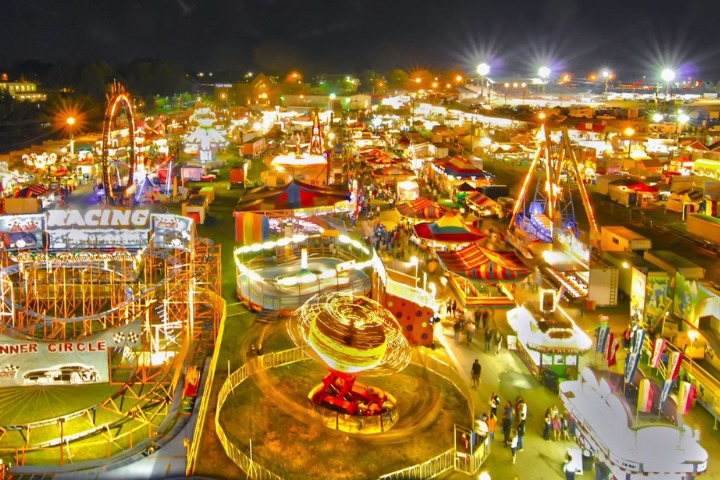 While this last suggestion is not a TV show, I thought it deserved a special mention! Crayon Shin-Chan has been one of the jewels of Japanese TV for almost 30 years because of its relatability and unpredictable humour.

Whilst the show is primarily a children’s show, it often includes humour aimed at older watchers and topics that appeal to audiences outside of its young fanbase, which means that even those who used to watch the show thirty years ago are still able to enjoy it!

Although there are several Crayon Shin Chan films available on Netflix, I chose this one in particular, because while it’s mainly a comedic film, it has a great message about the dangers of falling into the comforts of nostalgia.

What Japanese TV Shows Will You Be Watching in 2022?

Whether you’re learning Japanese or you just want to spend some time exploring the world of Japanese TV, you definitely won’t regret getting stuck into one or two of these entertaining Japanese TV shows. Which one will you watch first?