It is not uncommon to see rows of several vending machines when walking around Japan. Vending machines may be considered proof of good public safety in Japan because they operate 24/7 without anyone ever trying to steal their products or the cash inside.

Why Are Vending Machines Popular in Japan? 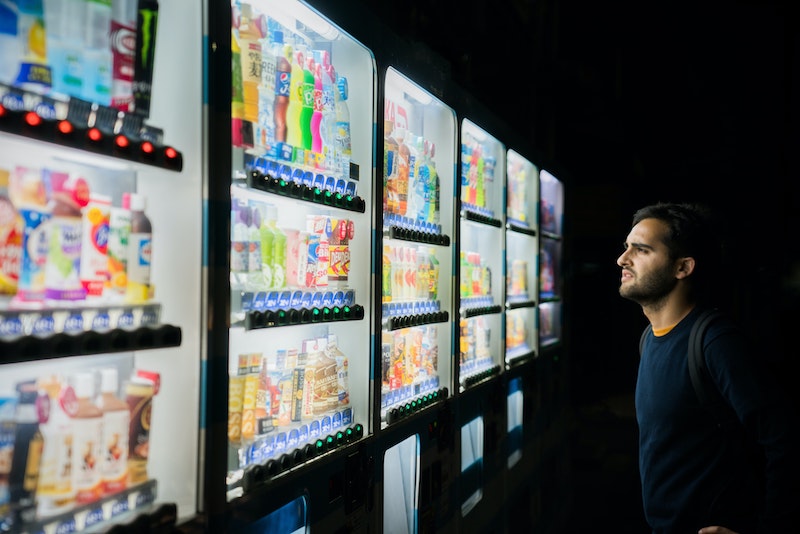 Photo by Victoriano Izquierdo on Unsplash 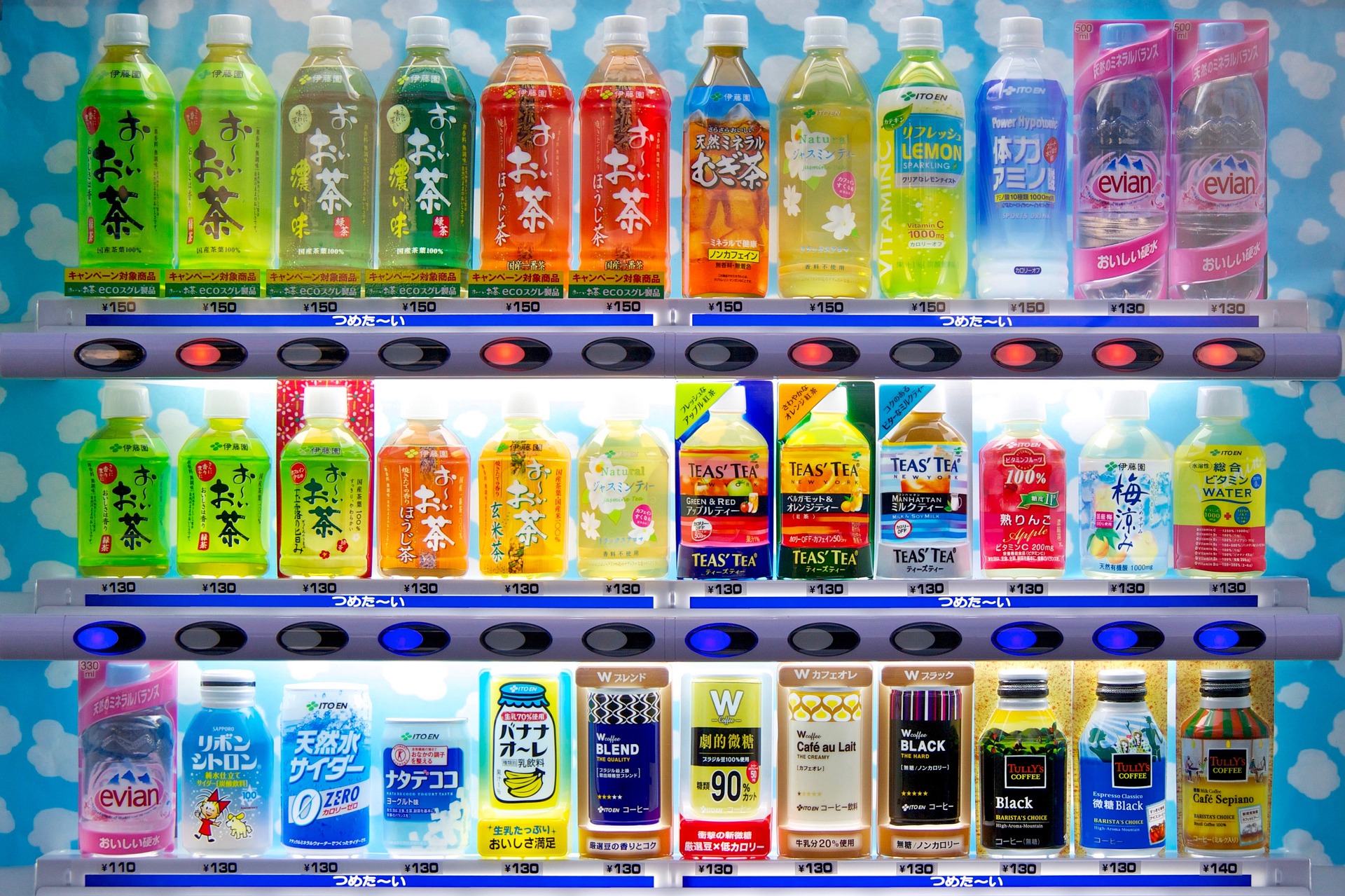 You see beverage vending machines everywhere in Japan. They have several canned and bottled beverages: coffee, tea, soda, juice, etc. However, these products are set based on sales data and the season, so the lineup is occasionally updated. But don’t worry, the dummy cans/bottles are displayed in front of the machine so that you can compare and choose your drinks easily.

Meanwhile, you might be surprised at the picture above because cold beverages and hot beverages are set in the same vending machine, which means a vending machine can serve both hot and cold drinks (coffee, particularly). These hot and cold vending machines contain thermal insulation material to store multiple beverages at different temperatures. Many vending machines sell only cold drinks in the summer, but hot drinks are stocked at the end of summer (this period depends on the machine’s proprietor). The machine is basically placed where people often gather: stations, in front of supermarkets, bus stops, etc. However, some are also set in the countryside, where you can find only a small number of supermarkets or convenience stores so that people living there can access food and drinks anytime. Also, some machines serve their products for free when natural disasters hit the area.

It might be hard to believe for non-Japanese people, but alcohol and cigarettes are also sold at vending machines. These machines are set in front of supermarkets, liquor shops, etc. They are also freely accessible 24/7.

This has led to the concern that children and the under-aged might also try to buy these products. In fact, children used to go out and pick up alcoholic drinks for their parents (the writer used to do it). Though many of these vending machines are self-regulating and stop operating from 11 p.m. to 5 a.m., it is not enough to prevent underage purchase and use. As a result, many people think that this machine should be completely removed from the streets.

Check out this page for more detail.

You might think Japanese people don’t like to communicate with other people because we can get some snacks at these vending machines! You can see them at service areas on the expressway, on the ferry, etc., replacing cafeterias and serving people who want to have a meal quickly. They usually sell light meals like musubi, noodles, hot dogs, hamburgers, etc. However, the machines set in long-distance ferries also serve miso soup, rice, and some entrees such as frozen food if there is no dining area available on the boat. Therefore, there are some special restaurants nationwide, referred to as “auto restaurant” or “coin snack,” which is operated by vending machines alone and, are of course, open for 24 hours a day. These restaurants are located on national driving routes and are frequently used by long-distance truck drivers. The lineup contains noodles, curry, rice, gum, etc. Amazingly, the foods are made automatically. Unfortunately, due to the increase of CVS, fast food restaurants, etc., the number of these restaurants has been decreasing sharply lately, so if you have the chance, try it soon!

Because sports papers are issued every day (except January 2nd of each year), you can read sports papers even when it is a general newspaper holiday. It is called the special edition and is issued mainly for business people.

You might find it odd because business people often subscribe to newspapers from home. However, these newspapers at the vending machines are different from those they or their office normally subscribe to (especially sport or financial papers). Even though the news is also available at the CVS or in its electronic edition, physical newspapers’ demand is still solid in Japan. Perhaps some of them need sports papers to check the game results of the team they like, or perhaps they want to buy some betting tickets for horse racing, etc., secretly.

What Are Your Favourite Vending Machines?

Do you have a favourite vending machine? There are some mentioned on this list that is even more unique and rare. Have you spotted any bizarre vending machines around Japan? We would love to know!

[:en]Can Even Buy the Food from it – Japanese Vending Machine is Awesome!?[:]