Filling Our Stomach Quickly Since 1971

Cup Noodle is the 1st instant ramen packaged in the cup in the world which was introduced on September 18, 1971. At first, it was not nearly popular, however, it was known by bunch of people through TV coverage of Asama-Sanso incident in February 1972 because riot police officers were eating Cup Noodle as ration, and it was also broadcasted nationwide. After then, Cup Noodle became hit products because of its easy cooking method; just add hot water and wait for 3 minutes. Because its name is “Cup Noodle” in Japan, this article uses Japanese name even you might think it is wrong grammar. 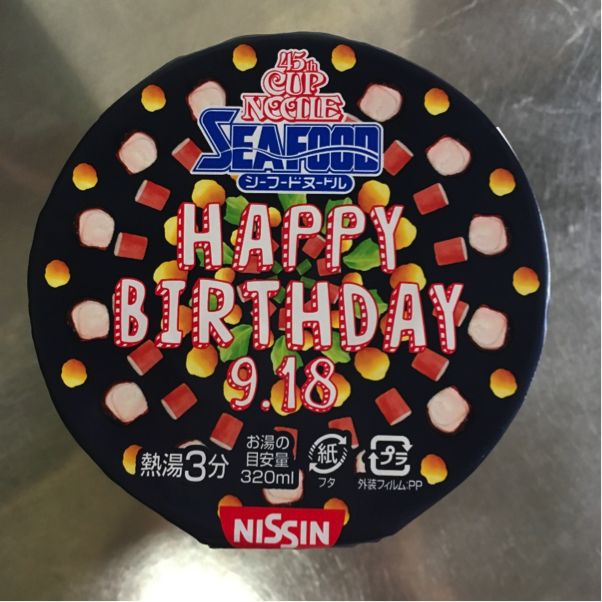 Cup Noodle is known for it has kept almost same taste and Package design since then except material of its cup. In Japan, standard flavors are shoyu (original), seafood, and curry. However, salt, cheese curry, chili tomato etc. are also getting popular. Moreover, seasonal flavor is occasionally introduced; milk seafood noodle which tastes like clam chowder. Cup Noodle has been also available outside of Japan since 1973, and selling suitable flavors like tom yum goong, mi goreng (Indonesian fried noodles), etc. You can get some of them in Japan, too. 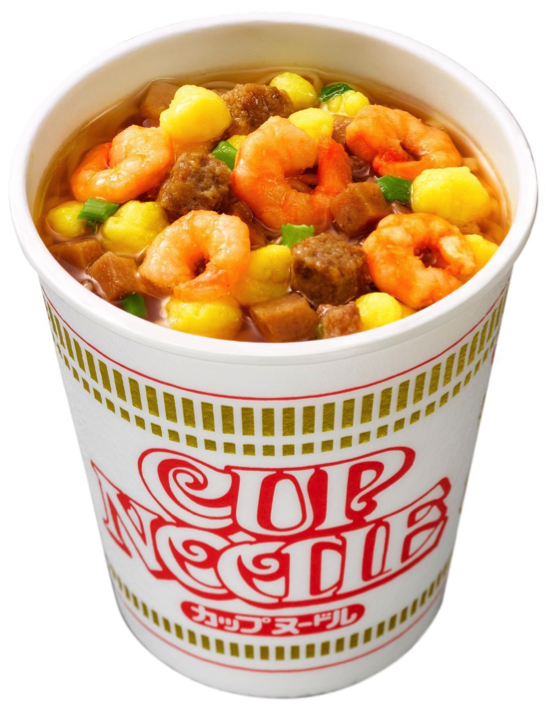 Another Side of Cup Noodle

Have you seen related products of Cup Noodle? The best known might be “Cup Noodle Gohan”, Cup Noodle flavor instant rice. 2 flavors are now available; original and chili tomoto (risotto). Its cooking method is totally different; add water then microwave for about 5 minutes. Because its flavor and ingredients are same as noodle, you can also enjoy same taste. This instant rice series have other variations; Donbei Kamameshi / Zosui (Japanese risotto) and U.F.O. Soba-meshi (fried noodles with steamed rice). More detail; www.nissin.com/jp/products/series/gohan/ (Japanese only). 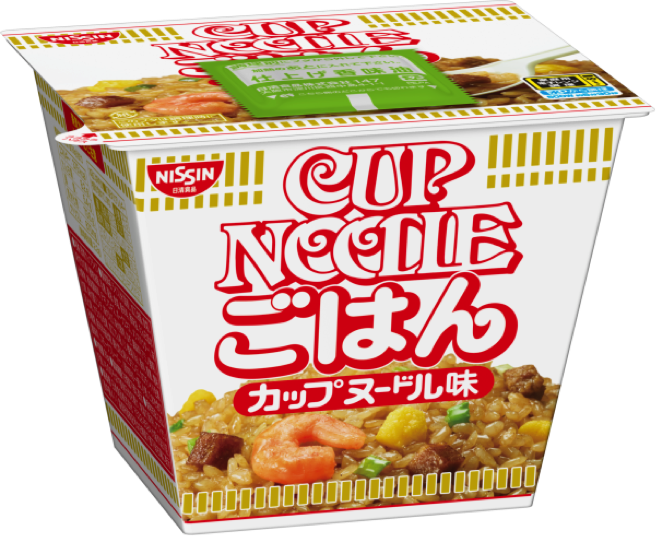 Create Your Own Cup Noodle

Do you know you can create your own Cup Noodle at the museum? The Cupnoodles Museum located in Yokohama has several attractions, and main attractions could be My Cup Noodles Factory and Chicken Ramen Factory. You choose 1 choices of 4 flavors and 4 choices of 12 ingredients, and there are 5,460 variations of Cup Noodle. Participation fee is 300 yen per serving (tax included) and reservation required. However, you need to take a number to participate as walk-in. Museum info; www.cupnoodles-museum.jp/english/index.html.