Japan is an expensive place for buying groceries. Obviously, it does depend on which country you compare the prices, but when compared to most Asian countries’ the prices of daily consumables are high. Shopping options are plenty and convenient for most locations in Japan.

You are never really far from a “conveni” (convenience store) in Japan.
Convenience stores often vary in size and the offerings made in the store. While some convenience stores sell just the basic goods such as bread, eggs, milk, water, yogurt etc., others are also known as selling vegetables, fruits, alcohol, magazines, imported foods, umbrellas, contact lens and also providing services such as an ATM, bill payment, post, printing, fax, Xerox. I don’t quite think I can cover all what are sold in convenience stores because they are quite versatile and are synonymous with Japan as a country. Anybody, who made a visit to Japan, cannot ignore them.

Many convenience stores also sell ready-made foods such as pasta, rice bowl, salads and many Japanese working men and women pick their take away from there. Convenience stores are the most common places to buy daily needs for an average Japanese person living in the cities and suburbs. Some of the major convenient stores are Seven-Eleven, Circle-K, Lawson, Family Mart and Mini Stop. 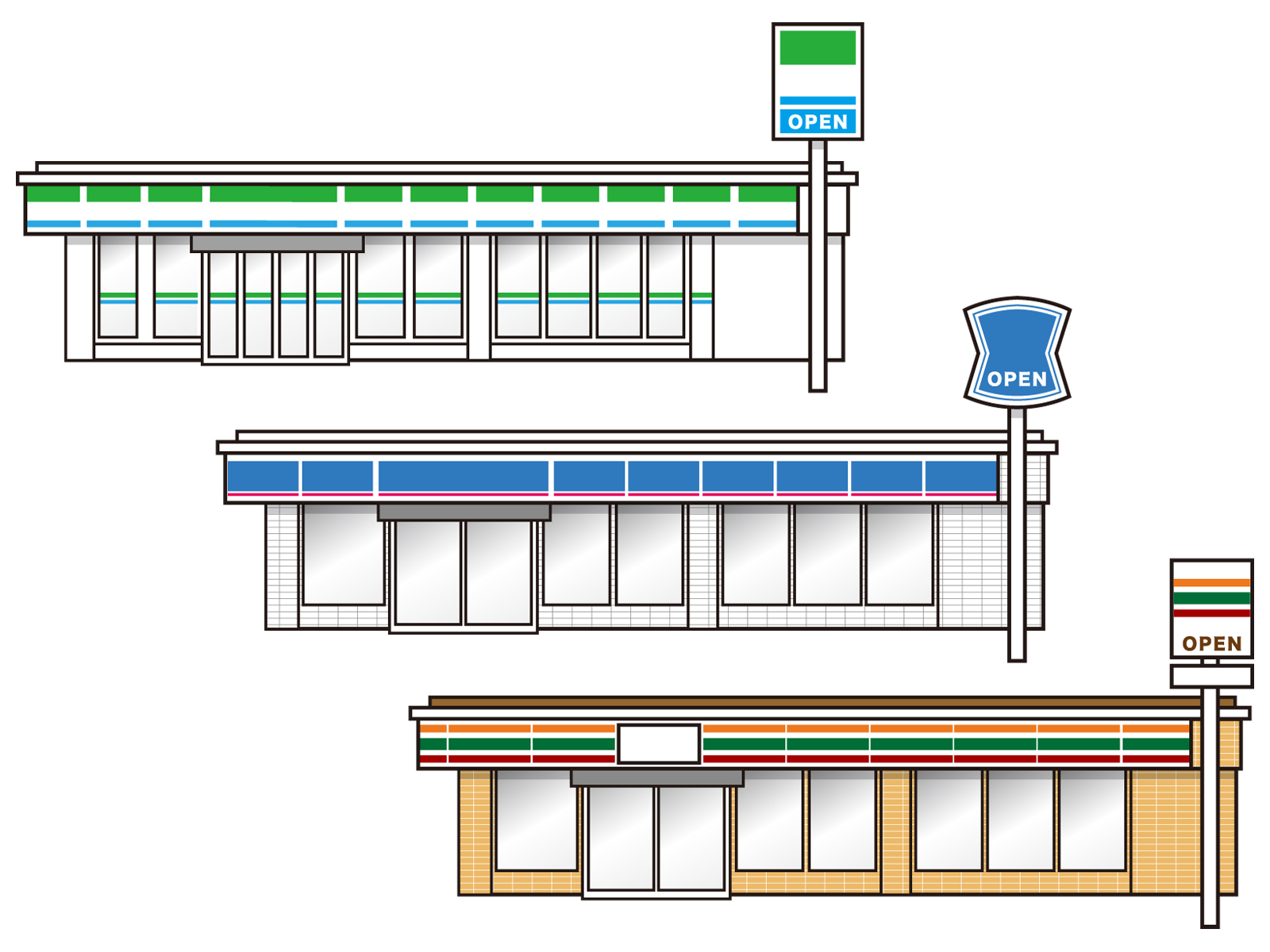 If someone need to cook frequently, like myself, you may take a visit to the bigger supermarkets for groceries as one would get more variety of groceries as well as a host of other products required in a household here. Japanese supermarkets are usually smaller in size than the ones which can be found in the Western countries (especially in the USA).

Most of the products available in supermarkets have labels in Japanese language only. Google translate often came to my rescue when I had to find out the contents of a certain product. Also, most Japanese staff does not speak English in supermarkets. So, try to find Japanese word for your desirable product on the internet when you ask the staff.

Fruits and vegetables are expensive because Japan has a policy of protecting their local farmers and limit their agricultural imports. I always found the price of tomatoes atrocious. On an average a mid-size tomato (around 100 grams) would cost 100 yen, whereas in my home country it would cost me 50 yen a kilogram! Fruits in general are of good variety and quality. Melons, strawberries and grapes are a special in Japan.  MaxValu, Daiei and Seiyu are some of the bigger supermarkets in Japan.

Finally, if you do not want to spend much money on some of the household stuff such as toiletries, plastic boxes, kitchen ware, shelves etc. then, do not bother, Japan has a number of “100 YEN” stores which offer most products inside their stores at 100 yen (108 yen with tax). I found them quite handy as one would like cheaper alternatives for less essential things. This is where 100 yen stores come in. The quality is not so good for most products but if you don’t care about it, then it should be fine. Be careful though, since they are only 100 yen, many fall into the trap of buying what you don’t need.