What to prepare for the earthquake | Guidable

What to prepare for the earthquake

Since past time, Japan has experienced many kinds of natural disaster; earthquake, tsunami, typhoon, storm surge, eruption etc. Especially the huge tsunami caused by the big earthquake on March 11 in 2011 still might be fresh in our minds. I was very shocked when I saw the news and image of the tsunami at that time. It caused enormous damage to the northeast Japan and reconstruction has been still going. 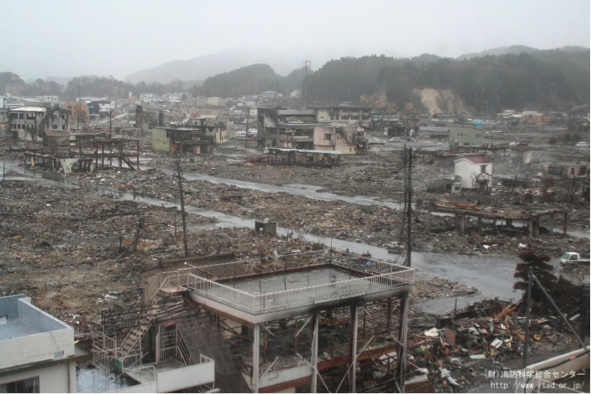 The Southern Sea Trough is located along the Pacific Ocean from Shikoku Island to Shizuoka Prefecture and if the earthquake occurs there, it will definitely lead gigantic tsunami. According to the worst scenario by the Japanese government, the tsunami will reach 32m at the maximum and it is estimated that more than 320 thousand people will be dead. Many researchers keep studying to forecast when these earthquakes will occur but actually it is very difficult to realize it. Hence those who live in Japan need to prepare for it sufficiently.

For this natural disaster, what should we prepare? Japanese government encourage to prepare followings; seal, money (especially 10yen coin to use public telephone), first-aid kit, bank book, flashlight, lighter, can opener, candle, knife, clothes, instant ramen, blanket, helmet, battery, food and water for three days (at least 3 L per day per person), medicine, garbage bag, headscarf and especially for woman sanitary napkins etc. To evacuate soon, this stuff should be gathered in a bag and kept under a bed.

In your bedroom, it is preferable to avoid furnishing furniture as much as possible and even in other room, furniture needs to be fixed to the wall like below figure to keep it from falling over in an earthquake. Besides, it is also important to consider their location because if they fall down by any chance, it can be obstacles to run for safety. 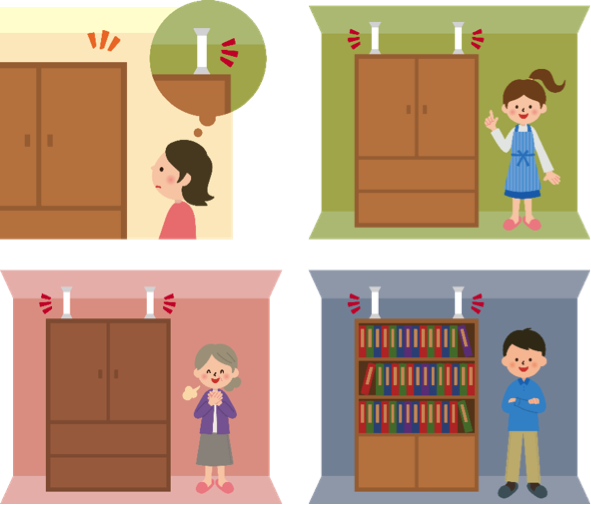 And also in advance, you should check where to go when any natural disaster happen. Most of the evacuation sites are schools and they are assigned to residents depending on the region where you live.

I experienced the earthquake almost 10 years ago and remember that it was so sudden that I could not understand what was happening during the shake. When you feel preliminary tremors in the room, you have to turn off fire at first and go under a desk to make preparation for the principal shock. And next, you need to make sure of an escape route. But then it is important to judge whether you really should go out or not because there is a risk of something falling.

And also you should discuss what to do when you face to an earthquake with your family, it will work at least somewhat in the emergency.

If you have any question, team Guidable is ready!
http://qa.guidable.co/