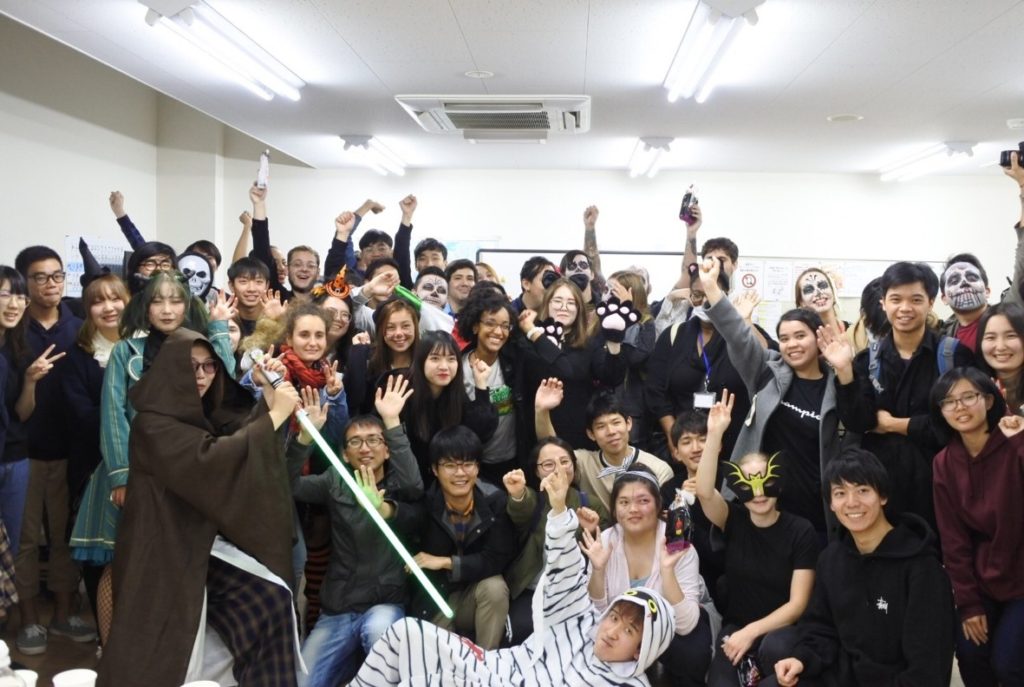 On October 31th, Halloween Party was held at Akamonkai Japanese Language School during the confusion and mass gathering of the crowd at Shibuya crossing on Halloween Day.

On the day of Halloween, Akamonkai Japanese Language School invited their students from around the world and provided opportunities not only for wearing of costumes but also to learn the Japanese culture and more about Japan in General.

At the event, students in Akamonkai Japanese Language School were able to participate in quiz session, enjoy snacks, and wearing of costumes. In the quiz session, Akamonkai asked about Japanese pop culture, traditional culture, and heritage. The person who got highest score was given a nice present by the school. In addition, Akamonkai prepared a contest session of students’ costume. Many of had nice and unique costume such as heroes from STAR WARS, animals, zombies, and skeletons. 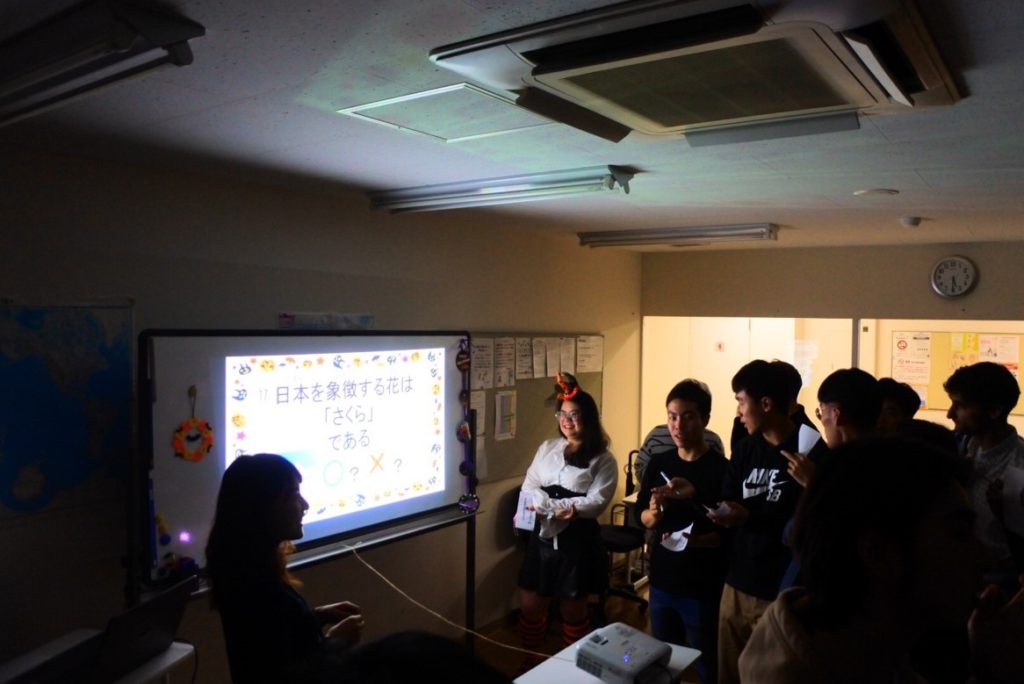 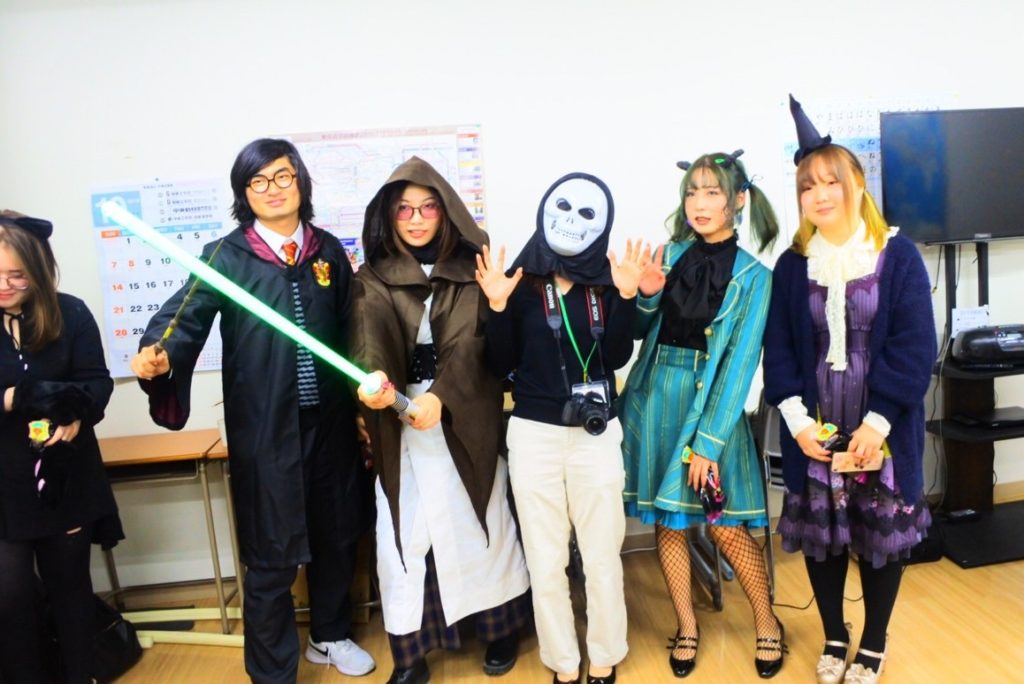 At the party, I noticed that certain students had similar face-paintings that seemed like skeletons on their faces. I decided to ask “why did you paint your face like a skeleton? ” They all had a similar answer, which was that “this is a common face-painting in my country, Mexico, when we have a festival of The day of the dead. ” Mexicans and people from certain Latin countries celebrate the day by gathering family and friends in order to pray and remember the family and friends who have passed away. The Halloween party was also a special moment for them to share their own culture, and also to learn various kinds of culture from other students at the Akamonkai Japanese Language School. 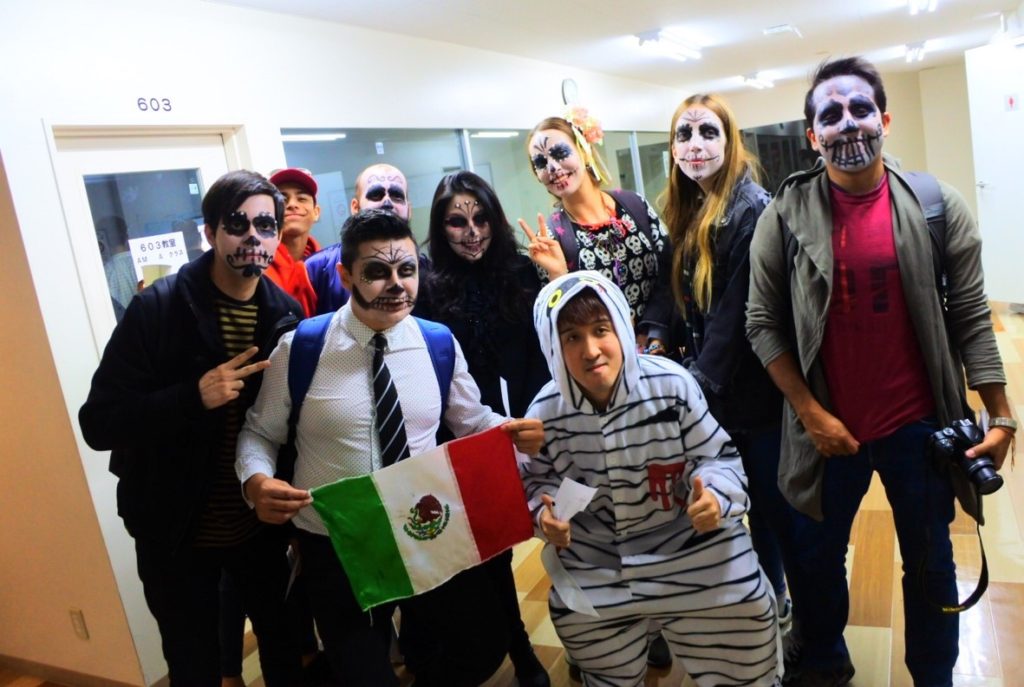 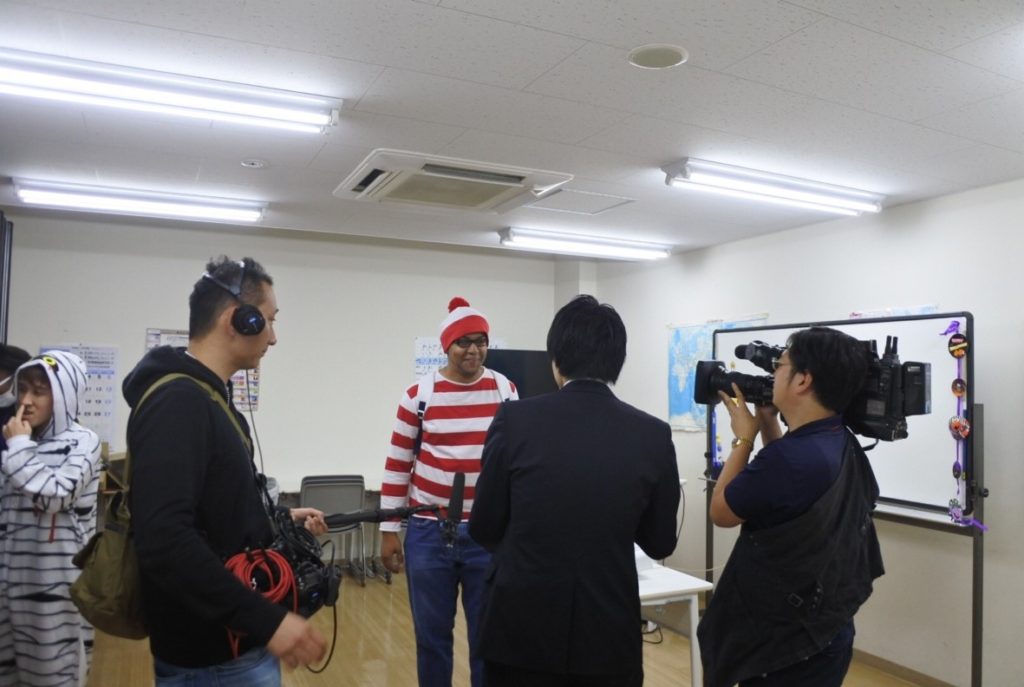