What Is Kouyo? A Guide To Seeing Autumn Leaves In Japan | Guidable

What Is Kouyo? A Guide To Seeing Autumn Leaves In Japan

With summer coming to an end, it’s time for my personal favourite time of year: autumn! In Japan, autumn means cooler weather, delicious food and of course, plenty of autumn leaves on the trees making for picturesque landscapes. The beautifully colored leaves in autumn are called kouyo in Japanese and travelling somewhere to view them during the autumn season has been a popular pastime in Japan for a very long time. There are many types of trees throughout Japan that change color, from the bright red leaves of Japanese maple trees to the vivid yellow of Gingko trees. All of the various colors of autumn leaves combine to produce stunning landscapes with so many shades of red, brown, yellow and gold that sometimes it seems almost unreal.

When Is The Best Time To See Autumn Leaves In Japan?

Due to the variety of climate across the Japanese islands, the leaves changing color happens at different times of the year depending on which part of Japan you’re in. In colder Hokkaido, the leaves start turning from late September to early October. All the way down in southern Kyushu however, the leaves don’t turn until late November to early December and you have a much narrower window to catch them before winter sets in. In the Kanto and Kansai regions, the leaves change around mid-November until early December. Similar to the sakura season every year, the autumn foliage varies year by year due to the weather conditions. Because of this, you can find kouyo forecasts online for the year to find out the best time to see the leaves.

Where Are Some Good Places To See Autumn Leaves In Japan? 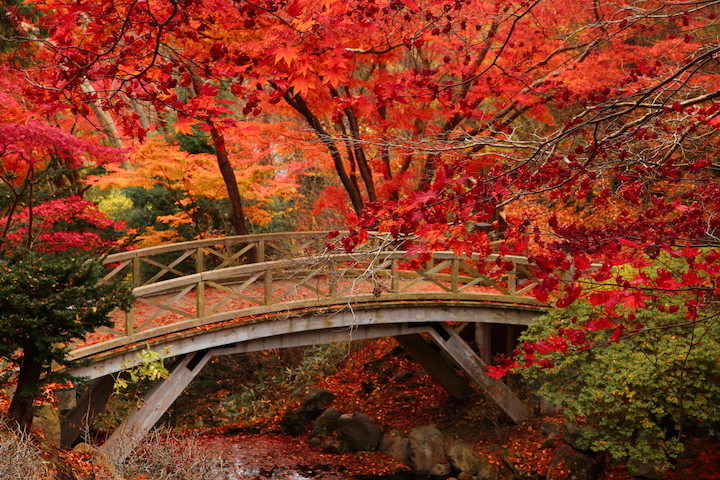 Located in Hakodate, Miharashi Park is a popular spot for many activities throughout the year. The park also includes Kosetsuen which is a landscaped garden built in the Meiji era by one of the city’s most prominent merchants. Kosetsuen has been preserved and is open free to the public. It is popular during spring as it’s a great place to view cherry blossoms but it is also a great place to see autumn colors due to the many Japanese maple trees here. The trees are also lit up at night during the autumn season so you can see the leaves at night. 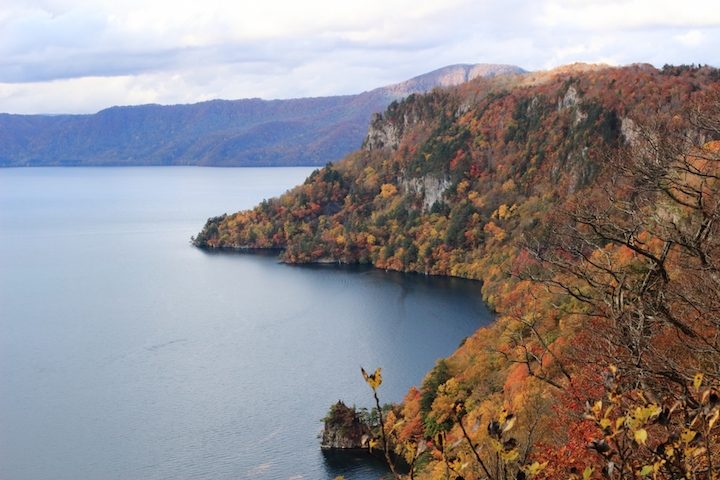 As one of the largest crater lakes in Japan, Lake Towada is an impressive sight by itself, let alone in autumn when it is surrounded by a myriad of colors. A popular spot for viewing kouyo, Lake Towada is a great spot to visit if you’re in the Tohoku region in autumn. 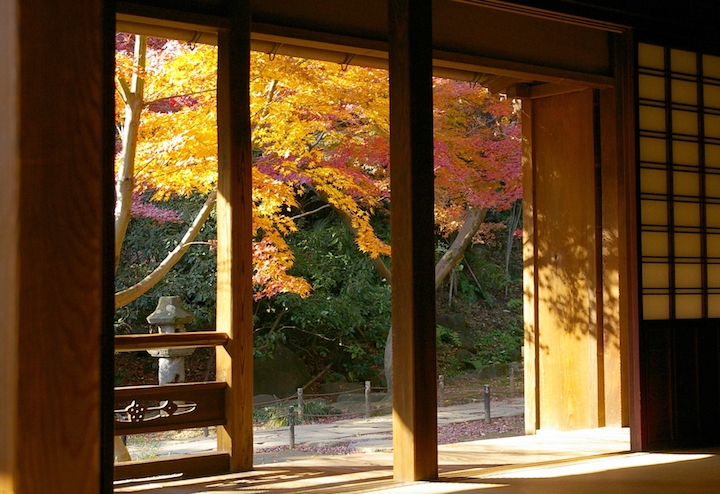 Another Japanese garden, built by a wealthy merchant this time in Yokohama, Sankeien is especially beautiful in the fall. This huge garden was designed to work in harmony with all four seasons and contains a large number of historical buildings relocated from other parts of Japan including Kyoto and Nara. Autumn sees many kinds of fall foliage in full color.

Located right next to Nagoya castle in Nagoya, Meijo park is actually a very famous spot for viewing autumn leaves. Even though I said I was going to focus on some less well-known places in this article, I couldn’t resist putting this one in because at Meijo park you can get a great view of the autumn colors with a Japanese castle in the background which makes it well worth visiting. 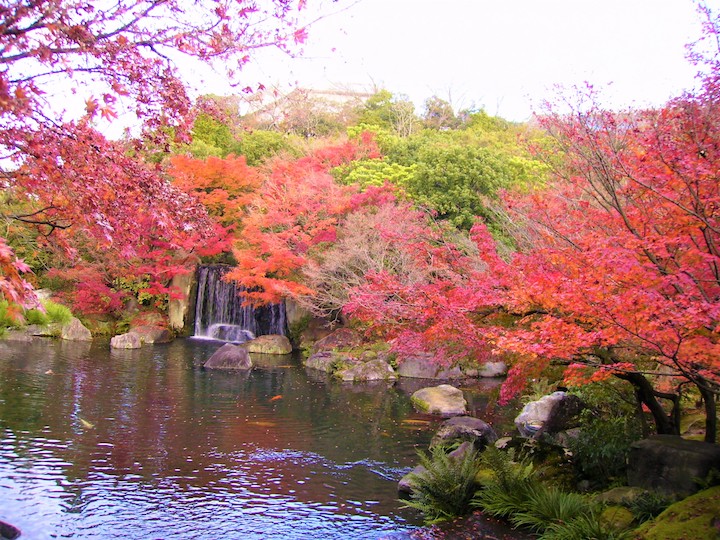 Of course, when anyone thinks of the Kansai region in autumn, most people immediately think of Kyoto. And Kyoto is definitely one of the best places in all of Japan to see autumn colors. One less-visited (but still very popular) spot in the Kansai region is Koko-en in Himeji city in Hyogo prefecture. Located next to Himeji castle, one of the few original castles remaining in Japan, Koko-en is a beautiful garden that is especially magical in autumn. It’s quite new by the standards of other gardens mentioned in this article given that it was built in the 1990s, but it’s a great place to wander around. 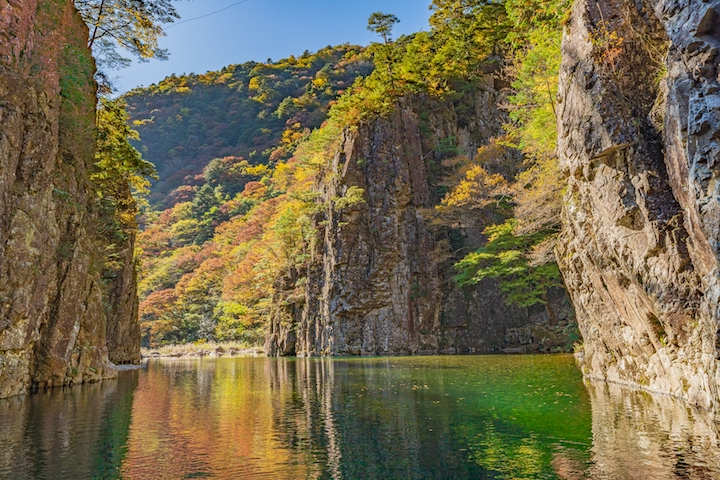 Sandankyo gorge is located in the small town of Akiota in Hiroshima prefecture. Akiota is one of the few places this far south in Japan to receive heavy snowfalls and as such, is a popular place for skiing and snowboarding. Sandankyo gorge is not only a great spot for hiking, but also a great place to see autumn leaves during fall. 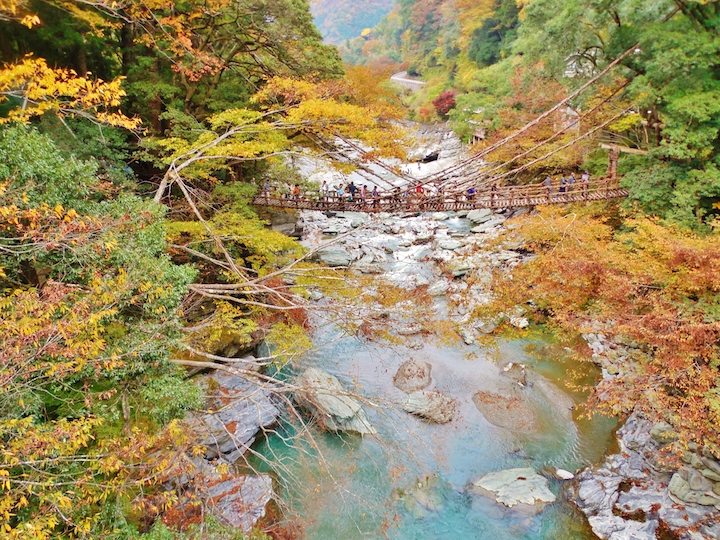 The Iya valley in Tokushima prefecture is well known for being a beautiful area filled with nature and due to its remote nature was said to be a famous spot for samurai to hide out throughout history. In autumn, the valley is a beautiful spot for seeing the autumn colors and is becoming increasingly popular for it.

The Kirishima mountains are a range of volcanic mountains shared between Miyazaki and Kagoshima prefectures. Ebino plateau is the one of the main gateways for accessing the mountains and a popular destination for hikers throughout the year. In this part of southern Kyushu, the warm climate means that autumn and the kouyo season can be very short compared to other areas of Japan but when the autumn colors come in, spread across the backdrop of smoking volcanos, the area looks absolutely stunning. The kouyo can be difficult to catch due to its fairly out of the way location, but it’s definitely worth it if you do.

All The Autumn Leaves You Could Want!

In this article we talked about kouyo, autumn leaves in Japan, and about some spots all throughout the country where you can see them. How many on this list have you been to?

Enjoy the Spectacular Autumn Leaves in the Niigata Mountains