Japanese rice crackers, said to be born in the Edo period (1603-1868), are the traditional Japanese take on modern chips and crackers.

What are Japanese Rice Crackers?

Rice is undoubtedly the staple of the Japanese diet: white fragrant rice is scooped in small bowls and it is served alongside the main dish in the traditional teishoku, the Japanese set meal.

But rice flour is an ingredient that is commonly used in Japanese cuisine in many ways thanks to its versatility. You have surely seen daifuku before, a glutinous rice cake filled with a sweet bean paste or square-shaped mochi, toasted and wrapped in seaweed, usually eaten in Ozoni on New Year`s Eve. 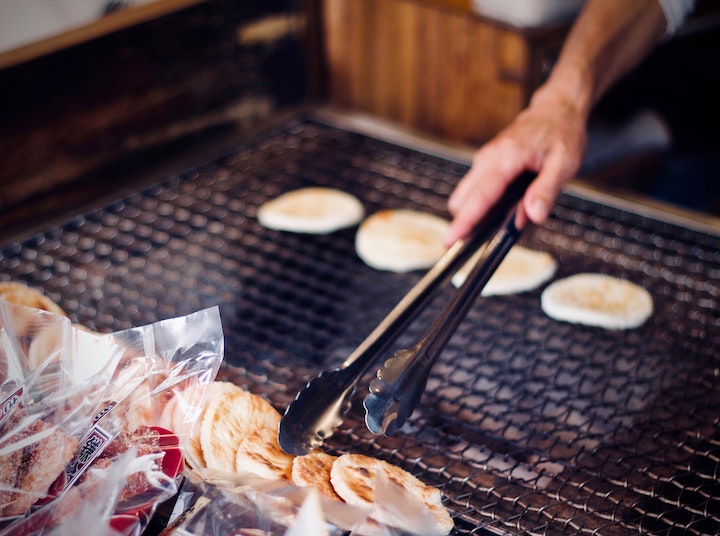 Senbei is a broad Japanese term that can be translated with “rice crackers”. You might be familiar with their western version, “rice cakes”: a white, thick, and insipid rice cracker that doesn’t really spark much joy if not covered with a generous layer of Nutella. Well, there couldn’t be anything more distant than Japanese rice crackers from those bland and sad pieces of polystyrene. Japanese rice crackers are thin and crunchy and come in many different flavors, shapes, colors and textures.

There are three types of Japanese rice crackers: senbei are usually bigger, round shape and flat; okaki are smaller and can come in different shapes, but they are usually long and thin; finally arare are small chunky pieces of glutinous rice flour.

Senbei are made from non-glutinous rice, which you`re probably familiar with as it is the common rice served on Japanese tables every day. The batter made out of rice flour is cut into slices, shaped into flat rounds, and then toasted or fried and seasoned. The basic and most common seasoning is plain and simple soy sauce but nowadays you can find many interesting flavors such as curry, wasabi, shrimp or even senbei with peanuts and sesame seeds.

Senbei are fairly common even abroad where you can find them in import shops. Try peanuts senbei in which toasted peanuts are added to the batter, giving the round shaped senbei a deep nutty flavor.

Senbei are not the only type of rice based okashi, processed snacks. Okaki and arare are also two other types of yummy snacks you will find in Japan that are not so well known abroad.

The main difference between senbei and its cousins okaki and arare is that for the latter two glutinous rice flour is used – the same one used to produce savory mochi and sweet wagashi, Japanese sweets. Okaki were traditionally made chipping kagami mochi, mochi that are offered to the deities on New Year’s Eve, with a mallet, since it is considered bad luck to put a knife through something that is going to be offered to the kami sama, the Japanese shintoism gods.

One of my favorite types of okaki available at supermarkets and convenience stores is cheese okaki by the brand Bourbon. These have a layer of camembert cheese, making them the perfect bond between Western influence and Japanese traditional food. 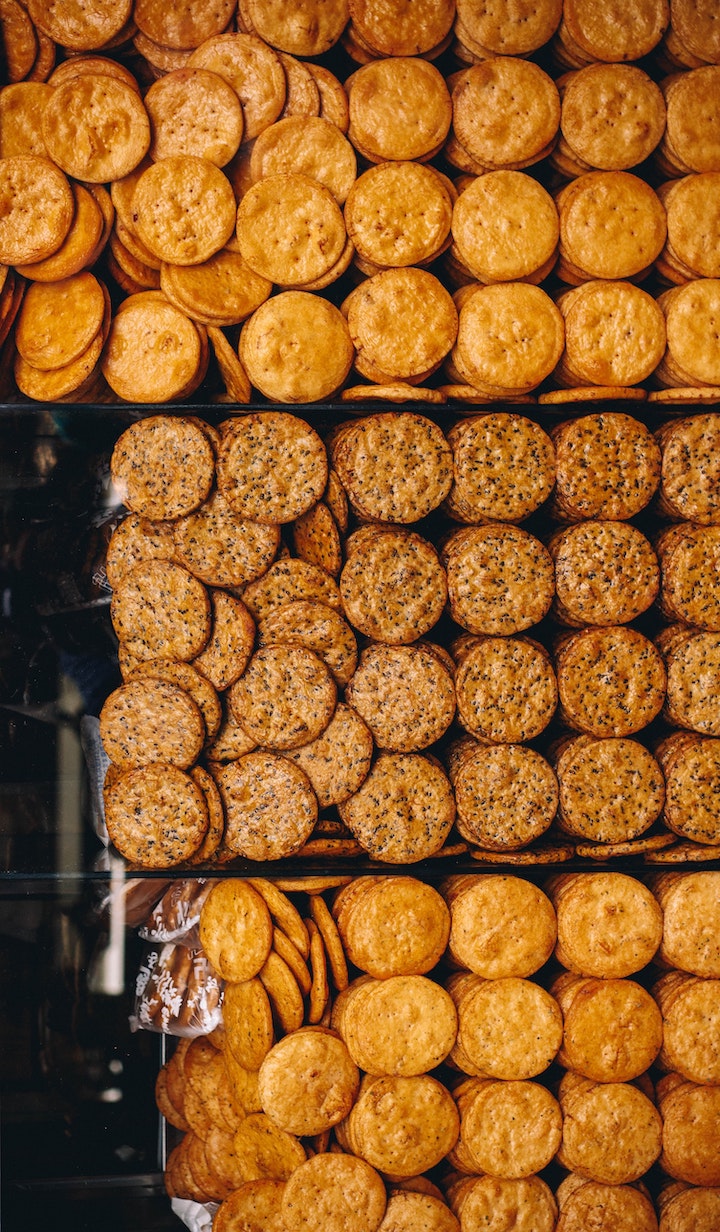 Arare are made of glutinous rice flour – just as okaki. Okaki are bigger chunks compared to arare, but since they are basically both mochi that have been cut or sliced in smaller pieces, baked or deep fried and seasoned, they can look pretty similar to foreign eyes. While okaki are bigger and more cracker-like, arare are bite-sized pieces.

Japanese has a specific word to express the crispiness typical of crackers: saku saku is an onomatopoeia –of which Japanese language is rich– which is used to describe a flaky pastry or a crunchy and crispy cookie – or senbei.

What gets you hooked with senbei, okaki and arare, though, are salt and umami, a particular type of savoriness, given by the perfect combination of soy sauce and seaweed which are high in glutamate.

Many shops still specialize in the production of their own special flavours and shapes. The artisanal products are not only delicious but come in a range of sizes and packaging and they are often purchased  as a present for friends, family and co-workers by the Japanese.

We don’t recommend consumption of Japanese rice crackers on a daily basis: they`re still  okashi, processed snacks, at the end of the day, but a moderate consumption will certainly bring some joy in your everyday life. It is so much fun to try and discover different and interesting flavor combinations and Japanese rice crackers are the perfect souvenir to share with your family and friends after a trip to Japan.