Japan, home of themed cafes and character restaurants, does not disappoint either in terms of themed amusement parks. Fuji Q Highland and Tokyo Disney are some you might have heard of, but do you know the top eight best parks in Japan?

From adventurous roller coasters to unique landscape and architecture, we have made up a list of some of the best amusement and themed parks to visit in Japan for all the thrill lovers to put on their bucket lists.

After Tokyo Disneyland and Osaka Universal studios, Fuji Q Highland, located close to Mount Fuji, is one of the most popular amusement parks in the country. It is particularly renowned for its roller coaster, which rang among the fastest and steepest in the world. Stop at Fujiyama Onsen on your way out and admire the view of Mount Fuji. 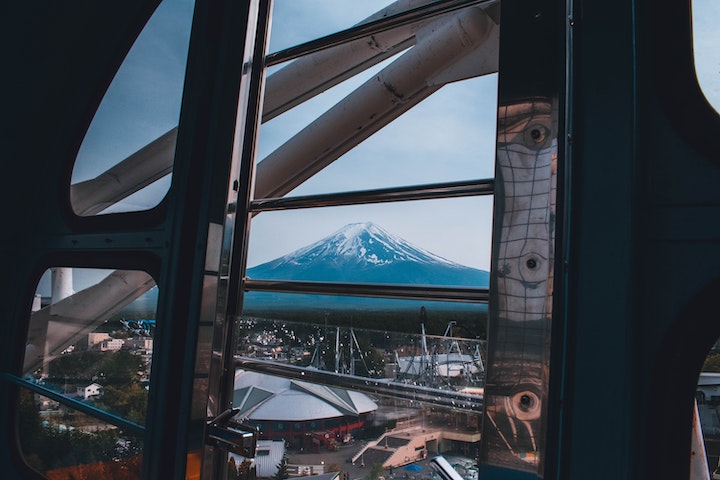 Yokohama Hakkeijima Sea Paradise is an amusement park located on a small island off the shore of Kanagawa which consists of a considerably large aquarium, shopping mall, restaurant, and amusement rides – there is even a hotel!

The attractions include your classic roller coasters, horror houses, and boat rides.

It is open every day from 10 AM to 7 PM and practical day and evening passes are sold both online and at the park, however, access to rides is pay-as-you-go and all the tickets can be purchased separately on the spot.

Tokyo Disney Sea is part of Tokyo Disneyland resort located just outside Tokyo in Chiba prefecture. The park, as the name suggests, revolves around a sea-themed landscape, rides and performances, including the “20,000 Leagues Under the Sea” ride based on a book of the same name. The park is divided into 7 areas that represent different ports around the world, each with a specific nautical theme. Even if you are not a die-hard rollercoaster fan, you will enjoy spending the day at Tokyo Disney sea – it feels like being able to travel around the world without even having to leave Chiba. 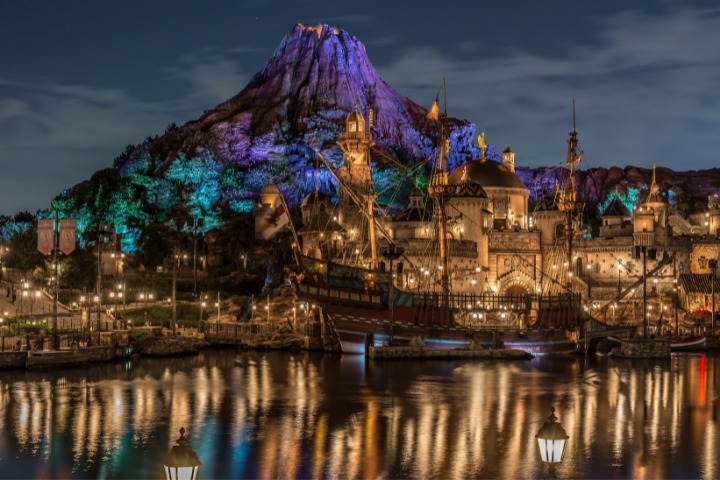 Located near Nagasaki, Huis Ten Bosch is the largest theme park in Japan and is the size of Monaco.

During the 17th and 18th centuries, Nagasaki was one of the only ports where foreign communities made up of missionaries and merchants were allowed to stay in Japan. Their presence influenced the city greatly and that is why Huis Ten Bosch resembles a small dutch village.

The area is a full-fledged resort, but it resembles a small dutch settlement with canals, beautiful western-style gardens, and dutch Flemish architecture. The park consists of two areas, the theme park, to which the access is subjected to the purchase of a ticket, and the harbor zone, which is free of charge.

The park is home to the “1 million Tulip Festival”, which boasts Japan’s largest number of varieties of Tulips in bloom.

Shirokoibito cookies, a layer of white chocolate sandwiched between two thin butter cookies, are one of the most popular omiyage (お土産-souvenirs) from Hokkaido. The manufacturer, Ishiya, opened “Shirokoibito Park” in Sapporo, where you can discover how the delicious cookies are made and you can participate hands-on in cookies and chocolate making course – recommended for all those with a sweet tooth out there.

Yokohama Bayside Minato Mirai district. If you are looking to casually enjoy a ride after strolling around or shopping in Yokohama, Yokohama Cosmoworld is the right place for you. The small amusement park is centered around a huge Ferris wheel which has become the symbol of the Minato Mirai area of Yokohama.

Do not miss the live performances like “Mizugei-za” water magic performance, comedy, and live-action ninja performances.

Nagashima Spa Land is an amusement park located in Mie prefecture, which ranks 18th among the most visited amusement parks in the world.

There are about 50 attractions, among them “Steel Dragon 2000” (listed in the Guinness World Records!) the super coaster that boasts the longest track length on the planet, and “Acrobat”, the first flying coaster in Japan. Next to the park, you can also find hot spring baths to slow down and relax after a day of full-on adrenaline.

How About A Trip To One of These Amusement Parks?

Enjoy breathtaking rides, landscapes, try new experiences without leaving japan – this is the magic of visiting some of the best themed and amusement parks in the world!