How is Japan Preparing for the 2020 Olympics? | Guidable

How is Japan Preparing for the 2020 Olympics? 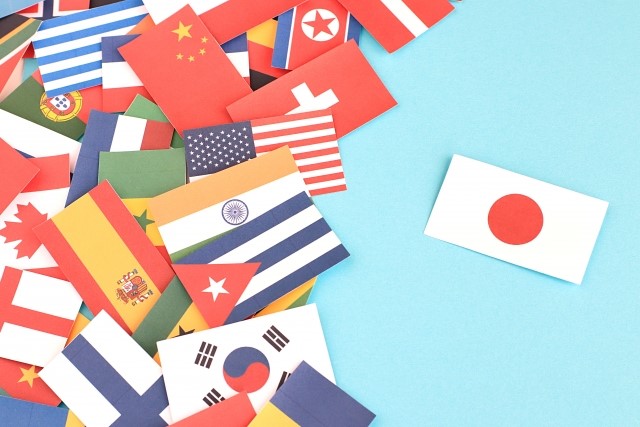 With the Olympics fast approaching, many preparations are being made for the big event. Every time a country hosts the Olympics, the number of international tourists increases dramatically. While this is very good for the countries economy, preparing for the Olympics often requires a great deal of change to existing infrastructures in order to support the sudden spike in the population of the host city.  In this article, we will analyze the pros and cons of being an Olympic Host in the 2020 Olympics.

What Do People Think About the Olympics? The Pros and Cons

As Japan is a relatively closed, homogeneous country, many people do not have good opportunities to interact with people and cultures from the outside world. While tourism to Japan has been increasing exponentially over the last decade, it’s still far behind many other countries in becoming more global. Tourism in Japan is also largely restricted to major cities like Tokyo and Osaka, with more rural area rarely seeing overseas visitors.

During the Olympics, people from all over the country will be coming to Tokyo to serve as volunteers, giving Japanese citizens an invaluable opportunity to practice their English and get involved with visitors from abroad. In order to accommodate the influx of foreigners, many restaurants and businesses in Tokyo are already hard at work preparing English signage to make things more accessible for international tourists.

Since the end of the Second World War, Japan has made strong efforts to bolster its economic strength and international image through the promotion of its unique brand of pop culture.

Rather than a rigidly hierarchal, militaristic state, Japan wanted to portray a softer, more relaxed persona to the world. Since the 1980s, this has come largely in the form of youth culture icons, like Hello Kitty, Dragon Ball, and Pokemon.

Japanese music and fashion also have niche pockets of appeal overseas, with subculture fashion groups importing their entire wardrobes to emulate distinctive Japanese looks. By hosting the Olympics in Tokyo, home of pop-culture meccas like Harajuku and Akihabara, the Japanese government hopes the impression made on foreign guests will be a positive one that encourages them to purchase Japanese goods and return to Japan for tourism in the future.

Japan is one of the most homogeneous populations on earth, with 98% of its residents being ethnically Japanese. This means that there are very set ways of doing things, ingrained in the minds of the locals from birth but often difficult to grasp for foreign visitors. Because of this, some people are apprehensive about what so many outsiders can mean for Tokyo, and Japan as a whole.

A few key points of concern are:

Around the world, Japan is renowned for its polite and law-abiding nature of its citizens. With a strong, shared cultural heritage, a sudden surge of outside influence will likely prove taxing on locals unused to dealing with outsiders whose ways of thinking and doing can often differ greatly from their own. Many everyday behaviors that are performed without thinking by Japanese citizens are largely unknown by foreign visitors, which could potentially pose a serious problem in a large city like Tokyo, where orderly behavior is crucial for making things run efficiently.

Just as this is an opportunity for Japan to show itself to the world, it’s also a chance for the world to show itself to a country whose citizens often have little to no interaction with people outside of their own background. Therefore, it is crucial on the part of both parties to make a positive impression. 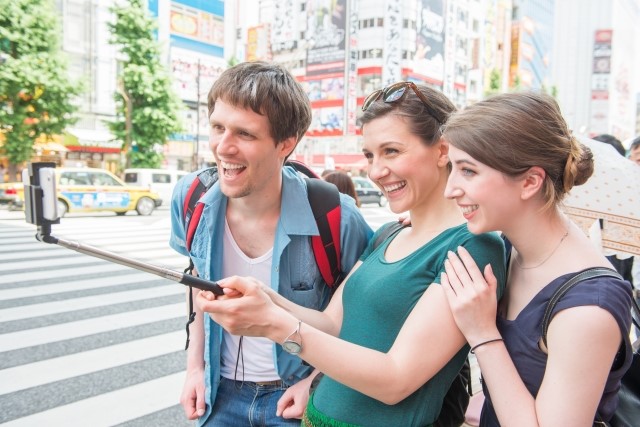 When compared with its geographic neighbors, Japan has a notoriously low rate of English proficiency, despite many students beginning their studies from a young age. The possible reasons for these are many and would be a separate article in themselves.

What it means in terms of the Olympics, however, is that finding an adequate number of volunteers in an already limited pool of workers has proven to be somewhat of a challenge. Local businesses are also sometimes wary of foreign customers, as even having a translated menu isn’t enough if the customer has questions about items which may likely be unfamiliar to them. In preparing for the Olympics, Japan has seen a rise in the number of adults attending eikaiwas, as people who wish to volunteer are usually required to have at least some basic level of English to work.

Because of all the expenses required in order to prepare for the Olympics, there is some concern that Japan, whose economy has been in a relatively stagnant recession for over a decade, will suffer a “post-Olympic slump” following the games. Across the globe, the economic decline can often be connected to the world’s largest-scale international event, with a prime example being Greece following the 2004 Athens Olympics.

Many of the built for purpose stadiums in Athens now sit abandoned, steadily falling into disrepair as neglect takes its toll on the aging structures. In Tokyo, where real-estate is at a premium, any wasted space or resources come at a huge detriment to the economy. For the 2020 Olympics, Japanese taxpayers will be funding up to 80% of the cost for the Games, which is a point of discontent for many local residents, who have no say in whether their country hosts the games or not. 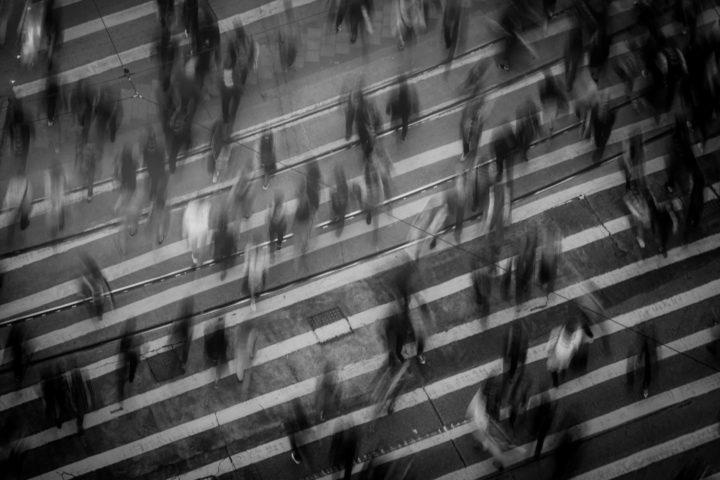 As a city with a population of over 10 million, Tokyo residents worry about the potential of severe overcrowding during the Olympics. As anyone who has ridden the metro at peak times will tell you, too many people in a small space is an unpleasant experience. Couple that with the inescapably hot Japanese summer, and you have a smelly, sticky recipe for disaster.

It can’t be helped that as tourists and likely first time visitors to Japan, confusion will cause the crowds to move slowly, and stop in inconvenient places, whether it’s to check a map or to take pictures.

If you are planning on coming to Japan for the Olympics, please remember that while this is a wonderful once-in-a-lifetime trip for you, it’s equally just another day for many of Tokyo’s residents, who are trying to hurry home or to their work.

Japan is famous for its four seasons, all of which vary in intensity depending on which part of the country you are in. While fleeting sakura blossoms and brilliant autumn leaves are a wonderful byproduct of having such a varied climate, there are some drawbacks as well.

Temperatures soar to a sweltering peak in the summer months, with last year’s hottest days exceeding 40C. In Tokyo’s concrete jungle, where the sun beats down and humidity is trapped between the tall buildings, even a short walk outside can feel unbearable.

During the Olympic games, more than 50% of the sporting events will take place outdoors, putting athletes performing strenuous activities at severe risk for overheating. Participants from more temperate climates have been advised to arrive in Japan at least two weeks prior to the beginning of the Olympic games, in order to acclimatize their bodies to the extreme temperatures.

In preparing for the Olympic games, Japan has struggled with a shrinking workforce in order to pull in adequate numbers of volunteers to help run the event. Construction workers have also been in very short supply, causing delays in the building of Olympic facilities.

The Japanese government had hoped to modify immigration laws in order to bring in foreign workers to help complete the job, but this was met with a great deal of apprehension from a largely immigrant-wary public.

A speculated 10 million people will visit Tokyo during the Olympics, but meeting the target number of 80,000 volunteers is proving to be a struggle. Without enough workers, guiding visitors will become a severe issue, which will likely lead to discontent among the cities residents.

Since the 1960s, there has not been a single Olympic game that hasn’t gone over-budget. In order to build state of the art facilities, and modify the cities existing infrastructures to accommodate spectators and athletes alike, the Japanese government has already poured billions of yen into the Olympic effort.

While the rapid construction means big business for developers, these facilities are very expensive to maintain, and often see little use after the event has taken place.

In an Oxford study of the Olympics, it was remarked that while other mega-projects occasionally exceed budget, the Olympics is remarkable in its guaranteed ability to go over the expected spend. In an effort to cut costs, there have been efforts to update and reuse the existing facilities from the 1963 Tokyo Olympic games.

What has Japan Done Thus Far? 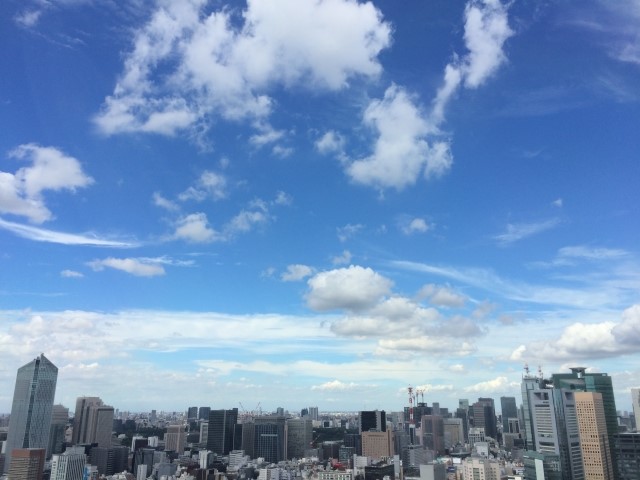 True to form, Japan has done well in overcoming the challenges presented in order to make the 2020 Olympic games a great one. Population shortages have boosted the use of robotics, with Toshiba even designing robot volunteers to assist guests in the stadiums. By reusing existing facilities and trying to maximize existing infrastructures, Tokyo is also trying to at least somewhat reduce the number of new structures to be built specifically for the Games. It goes without saying that Japan will live up to its reputation as the land of polite hospitality, where many people will try their best to overcome language and cultural barriers to help foreign guests. It’s impossible to predict how the 2020 Olympics will really be, but I think Japan is doing its best to prepare for the Olympics.