Hakone and Shizuoka might be some of the most famous spots to visit if you want to get a glimpse at Mount Fuji. But to see Mount Fuji in all its glory, there’s one place you should definitely visit.

Visiting Mount Fuji and The Other Awesome Places in Yamanashi

Located in the Chubu region, the northern half of Mount Fuji sits in this prefecture. Fancy a visit? Here are 7 of the most awesome places you have to check out in Yamanashi!

Going to Yamanashi from Tokyo is fairly simple. If you want the cheapest option, like me, you can take a 2-hour bus ride from Tokyo Station to Mount Fuji or Kawaguchiko Station. This cost me around ¥2800.

By train, you can take the Chuo Limited Express to Kofu Station (90 minutes) or Otsuki (60 minutes) then transfer to the Fujikyuko Line to Kawaguchiko Station (30 minutes). The fare costs around ¥3820.

For my accommodation, I stayed at Hana Hostel Fujisan which is just a 5-minute walk from Mount Fuji Station. The hostel is owned by a family which made is so welcoming and heartwarming. As my trip to Yamanashi was during Christmas Eve, they even invited me to their Christmas party at the hostel where they cooked homemade Japanese dishes.

Getting around Yamanashi is very easy. The Fujikyuko Line connects most of the travel spots and there are tourist sightseeing buses (red line, green line and blue line) available. To save money, I recommend purchasing the 1-day or 2-day bus pass since it covers most of the routes and bus types. You can purchase them at Kawaguchiko Station, right next to the bus stops. 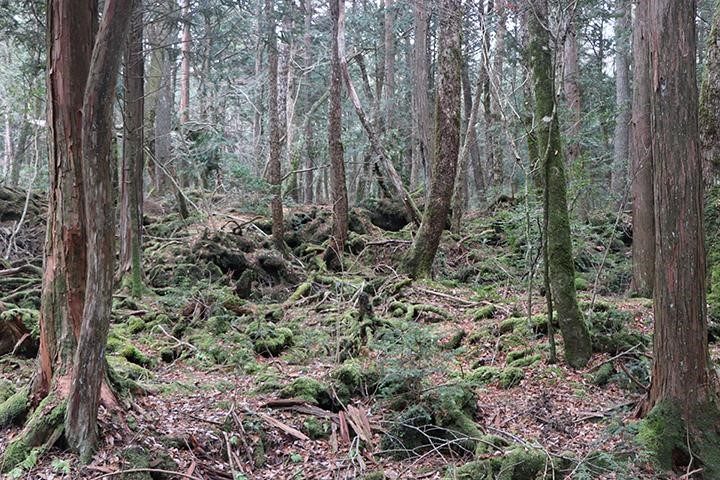 Famously known as ‘Suicide Forest,’ Aokigohara is more than a suicide spot. Locally, the forest is known as ‘Jukai’ (sea of trees) and is located at the foot of Mount Fuji. It is believed that the recent spike in the number of suicides is because of Seicho Matsumoto’s novel, Kuroi Jukai where the book’s characters committed a double suicide. But much more than its eerie reputation, Aokigohara has so much to offer.

A forest born out of Mount Fuji’s lava in the year 864 during the Jogan eruption, Aokigohara is a place to feel one with nature. The place is silent with nothing but the sound of birds and leaves as I step on them. If anything, being in the forest made me feel at peace. The presence of nature’s power, or beauty rather — seems to attract an almost soothing force. Contrary to popular belief, you can actually hike around the forest.

Due to its sheer size and vastness, hiring a guide would be better. The way the trees are intertwined with each other and the way branches, roots, trunks are woven echoes being one with nature. And the abundance of green moss and seems to radiate something almost magical, otherworldly even. 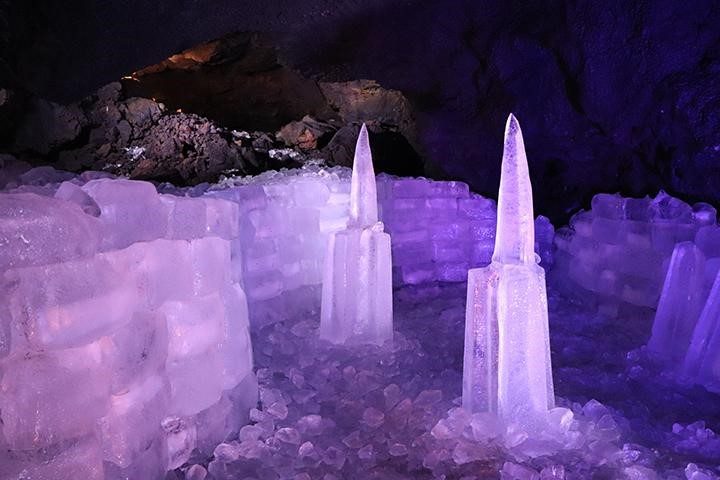 I was able to stumble upon Aokigahara because I was initially visiting the Narusawa Ice Cave. Designated as a national monument, the 153-meter long lava cave was created from the Mount Fuji’s lava during the eruption. It is also located within Aokigahara.

One fascinating thing about the ice cave is that even during summer, the temperature in the cave is still below freezing. As a caution, the cave has low ceilings and slipper passages so it is not recommended if you are not physically healthy.

As an alternative, you can also visit the Fugaku Wind Cave which is nearby the Ice Cave. I suggest taking the 15-minute walk between each cave instead of hassling to catch the bus. My 15-minute journey was one of my most favorite experiences in Yamanashi partly because I enjoyed walking in silence as the cool breeze rushes in.

The Wind Cave was previously used as a natural refrigerator and storage area for silkworms. While not as cold as the Ice Cave, the temperature here is still fairly low, about three degrees Celsius. In the 201-meter long cave, ice pillars are formed and echoes don’t happen because the cave fully absorbs the rock. Compared to the Ice Cave, the Wind Cave is recommended for kids and even elderly people to see. 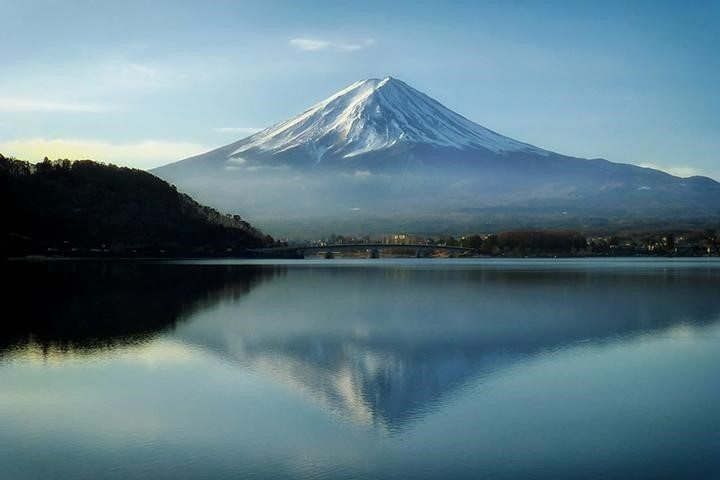 Truly one of the best places to see Mount Fuji is the picturesque Fuji Five Lakes which includes Kawaguchiko, Saiko, Yamanakako, Shojiko, and Motosuko. Not only that but each lake also has something to offer whether its a resort area, hiking, camping, snow sports or hot spring.

Among the bunch, Lake Kawaguchiko is the most popular, most developed and also happens to be the most accessible. With its own attractions to offer and enjoy, Lake Kawaguchiko also boasts some of the best views to see the cherry blossoms in spring and the autumn foliage. There is a popular spot for photographers during autumn known as ‘Momiji Tunnel’ that gives unbeatable fall colors.

Around the area, you can visit several museums including Kawaguchiko Music Forest where you can enjoy and learn more about musical instruments. The museum boasts European-styled structures with most of its display highlighting Western instruments. If you’re lucky, you can also catch world-class performers at the concert hall.

Other museums you can visit include Kawaguchi Museum of Art which displays traditional and contemporary art pieces, Yamanashi Gem Museum which exhibits gems, precious stones, and large quartz crystals and Herb Hall, showcasing herb, tea, and leaves that are also up for purchase.

I would also recommend visiting the Kawaguchiko Natural Living Center as it offers a  breathtaking view of Mount Fuji.

If you’re looking for hot springs — Lake Kawaguchiko also has you covered. With plenty of options to choose from including Hotel Mifujien (where you can see Mount Fuji) and Kaiun no Yu, get ready to soak in after a long day.

Besides Kawaguchiko, you can also visit its neighbor, Lake Saiko. Surrounded by mountains, Lake Saiko is popular for camping, fishing, and other various outdoor activities. The lake also offers several hiking trails including to Aokigahara. Lake Saiko is also the closest to the Ice and Wind Cave.

Another one of the lakes worth checking out is Lake Shojiko, the smallest of the five lakes. While underdeveloped, the area is the access point to hiking up Panorama Dai — where you can enjoy panoramic views of Mount Fuji from 1,325 meters! 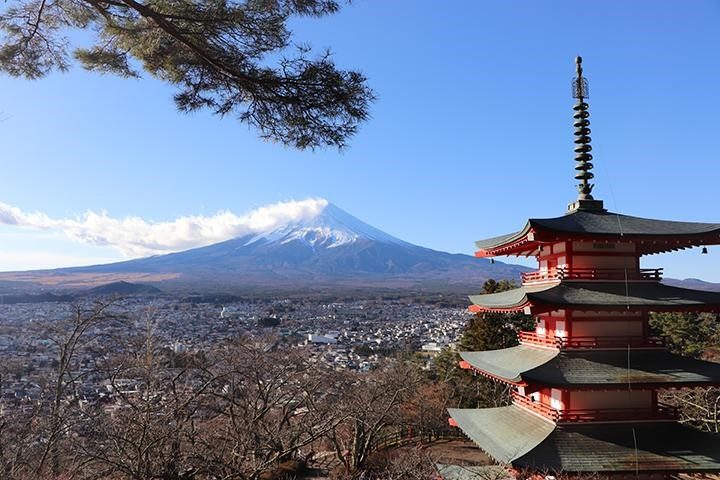 You could probably tell that going on a trip to Yamanashi involves visiting places with the best views of Mount Fuji. Chureito Pagoda has got to be my personal favorite.

The Pagoda is part of the Arakura Sengen Shrine and was built in 1963. In order to reach it, you would need to climb around 400 steps — which to some, might not sound as much but it is actually quite a hike. Nevertheless, those steps are worth it as you are gifted with one of the most breathtaking views of the Pagoda together with Mount Fuji in all its glory.

The view is already incredible during normal days but for an added extra sprinkle of beauty, go visit during spring to see a triple combination of cherry blossoms, Pagoda and Mount Fuji. A similar view is also possible during the autumn season with the red and orange foliage.

I suggest going there early as the picture-taking spot is quite small and could get crowded. 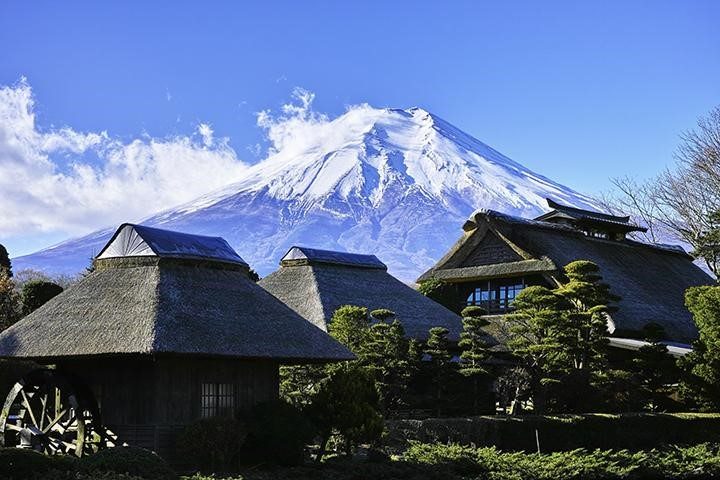 Fancy seeing a village with Mount Fuji in the background? That’s exactly what Oshino Hakkai has to offer.

This small village is nestled between Lake Kawaguchiko and Lake Yamanakako. Making up eight scared springs or ponds, the water here is placid and drinkable. Because of that, it is included the National Top 100 Spring Waters by the Ministry of Environment and a recognized natural monument.

With such a history, the springs were used by Mount Fuji worshipers to purify and cleanse their body during the Edo period.

But what is the secret to the water being crystal clear and safe to drink?

It’s actually no secret. When the snow on Mount Fuji melts, it passes through various layers of lava, filtering and purifying it over time, some even decades. The result is the spring water it is today.

But a word of caution — the place can be quite touristy. So despite being a site of scared ponds, you will find yourselves with the bustling crowd. 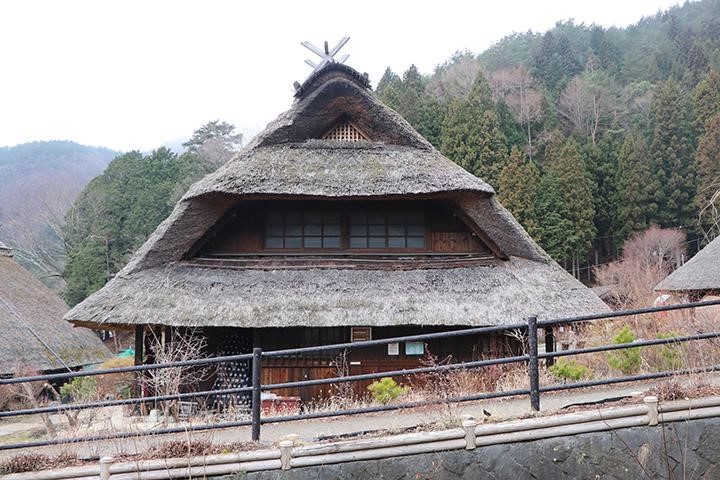 Situated on the northwest side of Lake Saiko, The Nenba area has been a farming settlement filled with thatched-roof kabuto-zukuri houses. But during the 1930s, a landslide from a typhoon swept the area. The area was reconstructed as an open-air museum and known today as Iyashino Sato Nenba.

This small village is a must-visit destination in its own right. You can enjoy seasonal sweets and also take part in the many art and culture activities including pottery, incense, glass and metal, and hand-weaving. Or you can simply just admire them as well.

For an added traditional experience, you can rent a kimono as you explore the village. There are 20 houses in total — each bearing something unique to them. Relish a delicious meal at Sweets Saiun. You can try Hoto, a Yamanashi specialty of noodles mixed with various vegetables.

At the Erosion and Sediment Control Museum, you can see exhibits and documents of the Nenba area when it was hit by the typhoon and what measures have been taken to prevent the houses from eroding afterward.

To see the exhibits of industrial artists in Yamanashi, head over to the House of Meisters (Takumiya).

Of course, a visit to Yamanashi isn’t complete with an impeccable view of Mount Fuji. For that, you can go to the House with a View (Miharashi-ya). Not only will you get a splendid view of Mount Fuji from the second floor, but you can also admire prize-winning art and craft works made by local artists.

How about a nostalgia trip? House of Memories (Omoide-ya) displays toys used back in the day as well as local confectionery and Mount Fuji souvenirs. 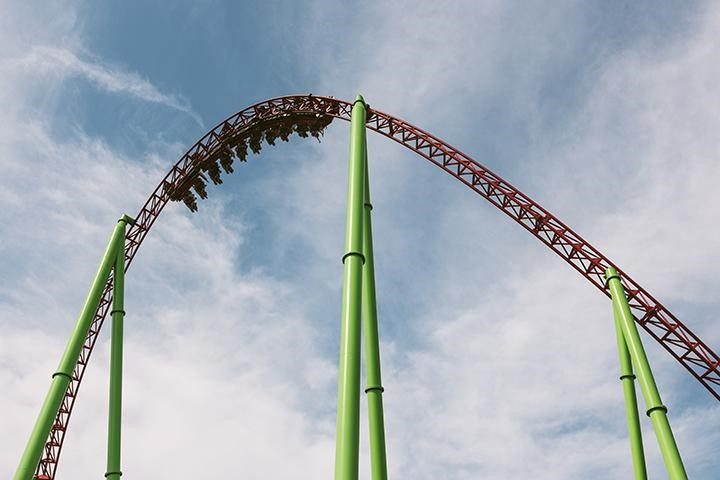 How does an amusement park at the foot of Mount Fuji sound to you?

FujiQ Highland is exactly that.

This amusement park has a reputation for having some of the most thrilling and world-class rollercoasters. To top it all off, it even has an incredible view of Mount Fuji.

Eejanaika opened in 2006 and features rotating seats and tops the world with the most inversions. Finally, there’s Takabisha which debuted in 2011 — it is the world’s steepest rollercoaster, which drops off an angle of 121 degrees.

If you’re an anime fanatic, the park also has a lot of anime-themed entertainment attractions like Evangelion World from the popular series, Neon Genesis Evangelion.

The park is so exciting, you could hear the screams of joy from miles away.  FujiQ Highland’s rides are not for the faint-hearted.

But that’s not to say that kids cannot join! They can choose from a merry-go-round, teacups and even a playground.

If you’re looking for more, FujiQ Highland definitely has a lot on its cards. For hot spring seekers, you can head over to Highland Resort Hotel and Spa or Fujiyama Onsen (located nearby the park) to enjoy a relaxing hot spring bath.

Other Awesome Places and Things to Visit in Yamanashi

Finally, if seeing Mount Fuji with your eyes is not enough, check out Fujiyama Museum and admire various paintings and illustrations of the great volcano.

So there you have it! We’ve listed 7 of the most awesome places to visit in Yamanashi in addition to Mount Fuji.

Would you plan a trip to Yamanashi soon?