The City of Hiroshima had been completely destroyed by only one atomic bomb on 8/6/1945. However, there are some atomic bombed buildings in the downtown Hiroshima. Fortunately, they hadn’t been collapsed and some of them are still using even though the number of a-bombed buildings have been decreasing because of their earthquake resistance these days. Basically you can visit there and take some pictures. Most of them were constructed in the style of modern architecture and you would enjoy watching them. Major a-bombed buildings and points have board description like below. 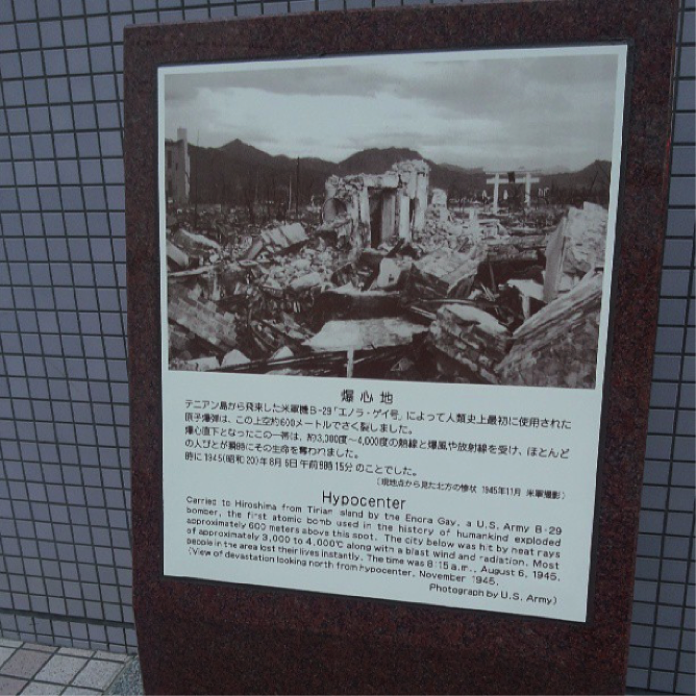 Hiroshima Peace Memorial aka Atomic Bomb Dome
The best known a-bombed building could be the Peace Memorial in the Peace Memorial Park also known as the Atomic Bomb Dome. It was originally built as Hiroshima Prefectural Commercial Exhibition Hall in 1915 and 0.1 miles away from the hypocenter. Since after the bombing, the Dome had been discussed about its existence for many years, however, Hiroshima City Council decided its permanent preservation in 1966, and there was registered as a World Heritage Site in 1996. According to newspaper, Peace Memorial Park has been one of Poke Stop/Gym since Pokemon Go was released in Japan. The City of Hiroshima raised a protest and call for their remove because there is the place for remember a-bomb victims. Even though it is not sure about it, you shouldn’t play Pokemon Go there. 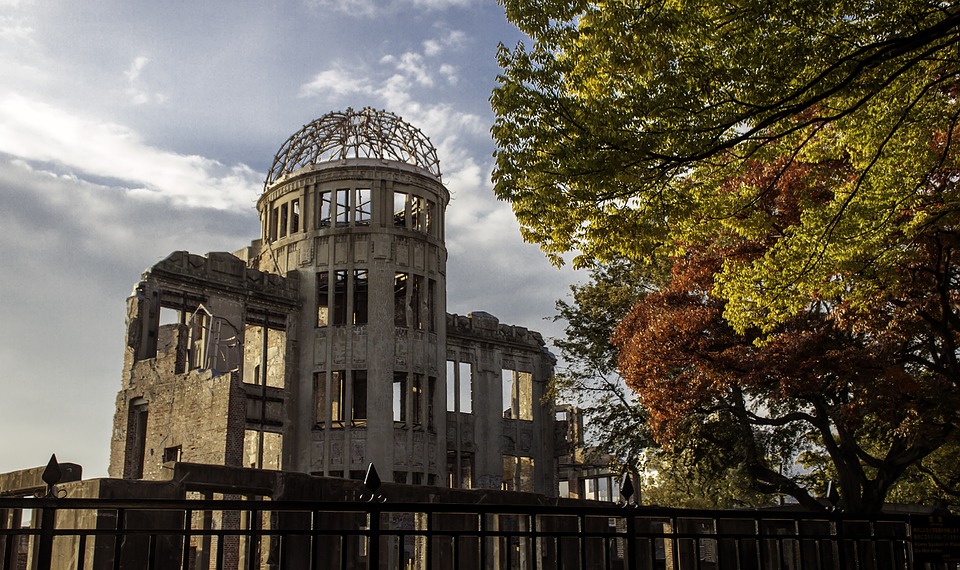 Fukuya Department Store
Fukuya Department Store, located in the heart of Hiroshima was opened in 1938 and 0.44 miles away from the hypocenter. It used to be beautiful beige building, however, it had been painted in black when it was bombed. After the bombing, it was used as a hospital for a while, then reopened as a standing bar on New Year’s Day 1946, and its appearance has been recovered as of opening in 1972. There has been continuously patronize by local people and you can enjoy shopping, eating, watching movie, etc. 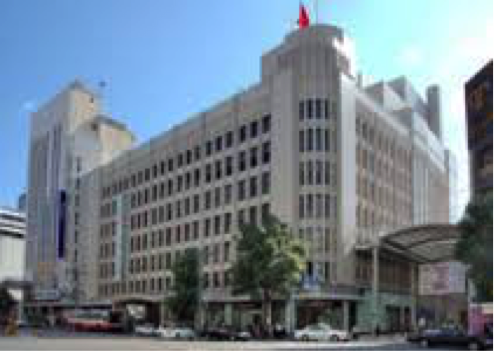 Former Bank of Japan Hiroshima Branch
The Bank of Japan opened its Hiroshima Branch in 1905 and moved there in September 1936. There is about 1/4 miles away from the hypocenter. Because the building was very solid, it was not collapsed even though it was so close to the hypocenter, and it had restarted operating only 2 days after the bombing. The branch had moved again in March 1992 and donated to the city in 2000. It is now open every day as admission free and has several exhibitions and a-bombed materials and paper cranes are also displayed. You might be afraid of residual radioactive substances, however, there are no radioactive substances and over 1 million people live there. Not only Peace Memorial Museum, you can also learn about peace from these a-bombed buildings and monuments.
More detail; www.city.hiroshima.lg.jp/www/contents/1111044293619/index.html (Japanese only). 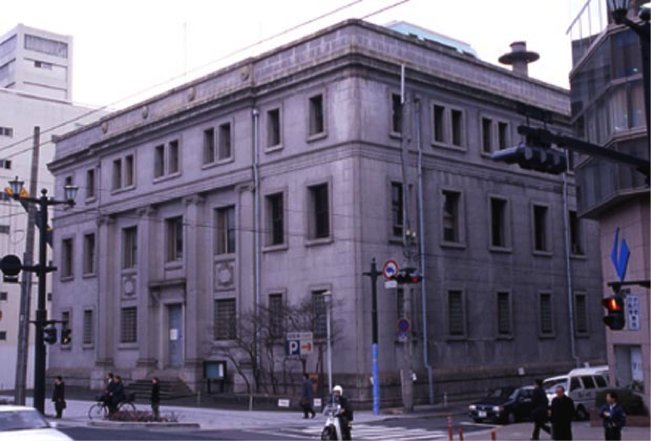 (Reference: The City of Hiroshima)