In the year 2015, a former prime minister of Japan Abe Shinzo visiting Washington where he meets the then-president of the United States Barack Obama. Politics is usually a highly formal part of our lives and for what reason politicians tend to be quite conservative in their tastes preferring “high art” like opera, classical music and theatre to popular art. Therefore, it was surprising to hear from Obama the next sentences:

“Today is also a chance for Americans, especially our young people, to say thank you for all the things we love from Japan. Like karate and karaoke. Manga and anime. And, of course, emojis.”

Yes, along with traditional Japanese martial art like karate, he praised karaoke (wondering if he sings baka mitai drunk at night), anime (he might be a Naruto fun, rewatching older seasons since he has plenty of time after retirement), manga and emoji. In the same year, the Oxford English Language Dictionary named the ‘Face with Tears of Joy’ emoji 😂 the word of the year making 2015 officially the year then emoji went mainstream. You can read about Anime, Manga and Karaoke in other articles on our website. The topic of this one, is emoji, its Japanese origins and its spread around the world.

What Does Emoji Mean?

It can mean different things, depending on the symbol but you probably already know it since you are reading this article on the internet but if we talk about the meaning of the word Emoji (Japanese: 絵文字, えもじ) consists of two characters 絵 “e” which means “picture” and 文字 “moji” which means character.

Emoji resembles the English word “Emotion” which is a coincidence but it can indeed ad emotions to our sometimes plain digital texts. Just look at the following example:

In the first case, the reaction is obviously negative whereas in the second one it is positive and adds a rather playful connotation to the sentence.

The part about the history of emoji is below, but I’d like to point out that emoji originate from “kaomoji,” (顔文字) or “face characters”, that are often referred to as “smiles” in English. There is a difference though. Where in Japan they are usually horizontal (^_^), in western countries people prefer to write them vertically :-). The cultural differences can also be spotted in the modern emoji too. For example, the folded hands emoji 🙏 means “please” in Japan whereas in the west it usually means “pray”. What is also interesting is the fact that until 2016 “professional” emojis did not have a gender. Only men could be firefighters and police officers, the situation that reflects the traditional position of the woman in Japanese society. 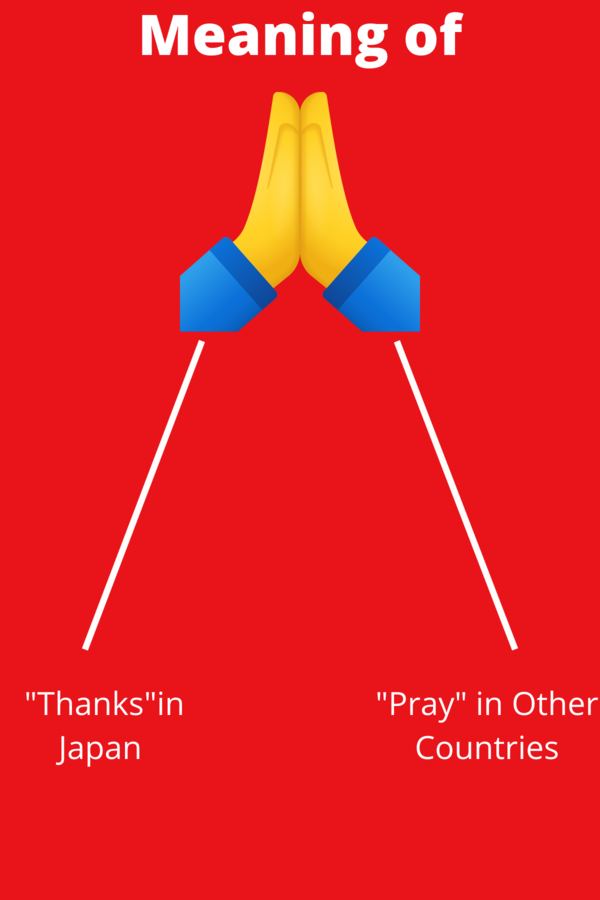 Japan, as a nation that uses characters as means for communication, was already inclined to using symbols in writing. Japanese author, Kawabata Yasunari, uses the character “wife” (tsuma), three times to create the image of a crowd of individual, lonely wives (妻妻妻) in his 1928 novel “Rainy Station”. However, the proliferation of symbols that convey human emotions has started with the digitalization of Japan.

In 1995, a heart mark ♥ became available on the “Pocket Bell” introduced by one of the biggest Japanese telecommunications companies NTT (Nippon Telegraph and Telephone Corporation). With digital communication becoming a norm, people now need additional tools to convey their messages clearly. And so the “kaomoji,” (顔文字) are becoming more popular.

The first set of emojis were introduced in The J-Phone DP-211SW, a Japan-only mobile phone released by Vodafone Japan which later became SoftBank Mobile. Because of its high price, the gadget didn’t receive recognition among the public. The man who popularized the emoji is Shigetaka Kurita who in 1999 added them to the new mobile phone released by the NTT DoCoMo called i-mode. The original inspiration was the signs used in the Japanese weather broadcast programs. Unlike J-Phone, i-mode broke through with sales, and emoji became mainstream. Later, another big Japanese telecommunication company KDDI released its set of emoji, and since then they have become available to everybody. Then it was only a matter of time until emoji get its recognition outside Japan. 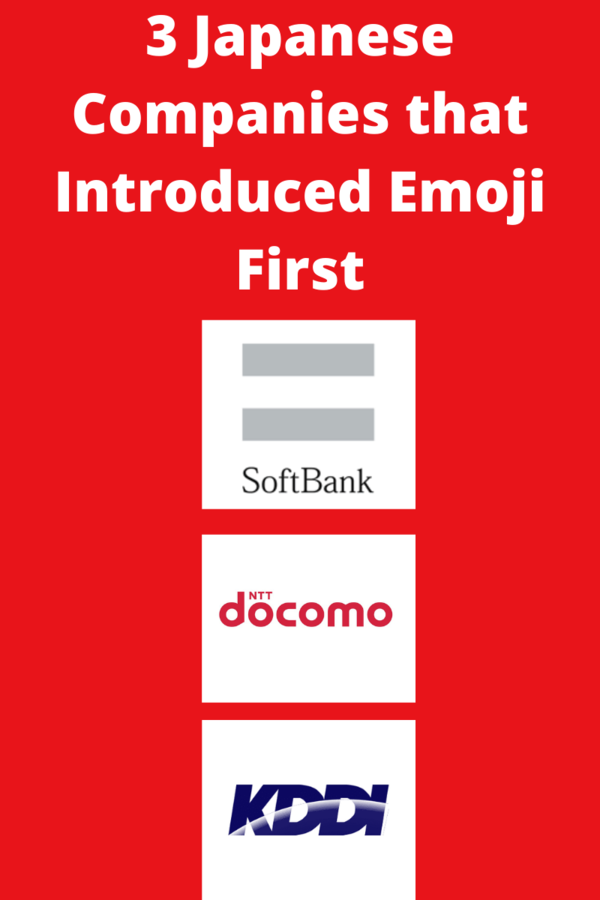 Although there was some discussion about bringing emoji to the US, it wasn’t until 2004 when Google started taking action. They proposed it to Unicode, sort of United Nations for Coders, and later Apple followed too. You might not know, but emoji on IOS and Android look a little bit different and this situation might have been the reason behind it. The first set of emojis for the non-Japanese market was approved in 2007. Today, if you want to submit your set of emojis, you can propose it to Unicode, anybody can do it, just like Google and Apple did but the process is not easy. You need to justify your reason for inclusion. Unicode releases a new set of emojis every year so why not try?

At the moment, emojis are well-recognized around the world. There’s an official emoji day celebrated on 17 July; classic novels like Moby Dick have been retold using emojis in the form of “Emoji Dick”; Chevrolet put out a press release made entirely of emoji. Emoji are here to stay and we should thank Japan for it.